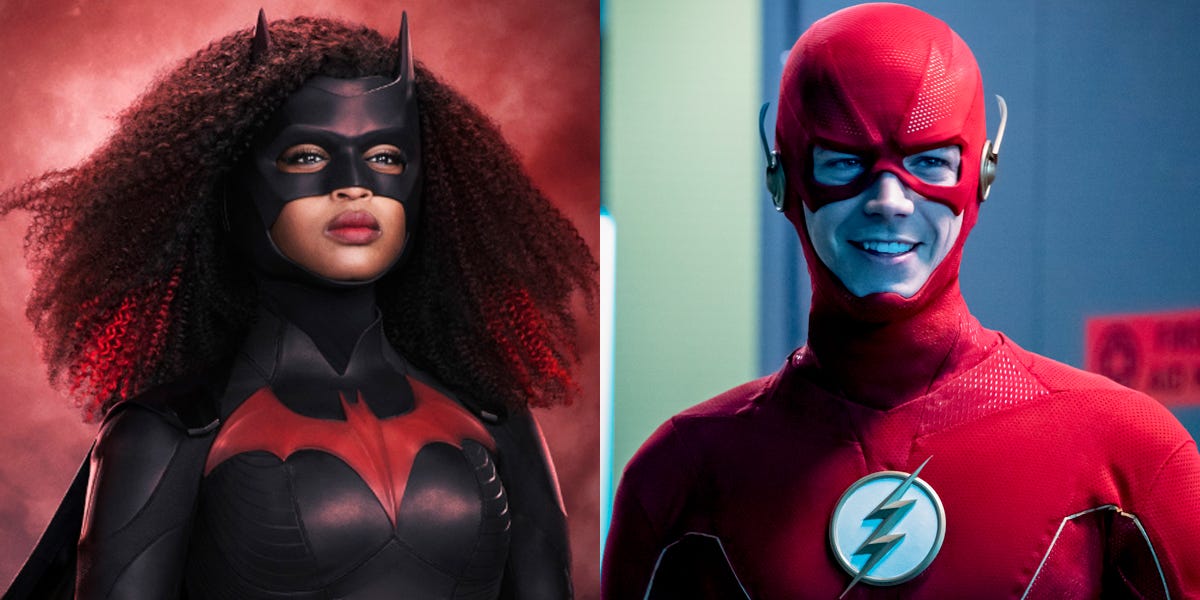 Nino Muñez/The CW, Katie Yu/The CW The CW Network, LLCSuper friends! Javicia Leslie tells Insider she and Grant Gustin have ‘talked a lot about everything,’ including superhero costumes, since her Batwoman casting.

Javicia Leslie didn’t speak with former “Batwoman” star Ruby Rose when taking over the Bat mantle for the show’s second season, but she did speak with another CW superhero, “The Flash’s” Grant Gustin.

“It definitely isn’t a pair of pajamas that are very relaxing to lay around in,” Leslie told Insider about her customised suit. “But, it’s funny because I talked to Grant [Gustin] about the cowl because he lives in his cowl for ‘The Flash.'”

“Leading up [to the show,] he and I talked a lot about everything,” she said about her fellow Arrowverse super friend. 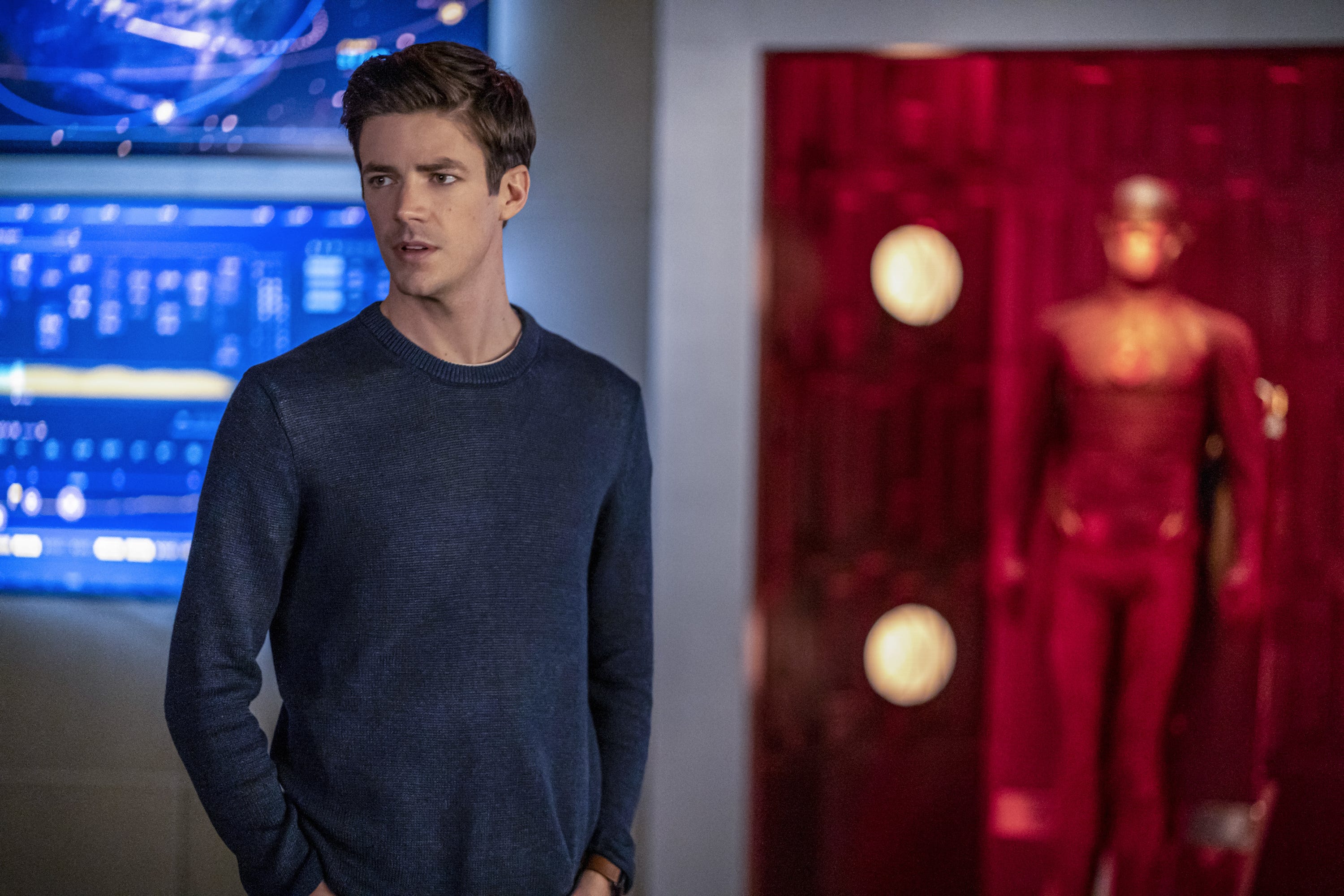 The CWGrant Gustin is seen above on season six, episode 14 of ‘The Flash.’ Gustin has been playing the CW’s superhero since 2014.

But there was one thing Grant didn’t warn her about.

“I said to him, ‘Man, you didn’t tell me how uncomfortable that cowl is going to be,'” Leslie said.

“Definitely having something so heavy on my face all day is probably the most uncomfortable part, a little more uncomfortable than the suit,” she continued, “which is why I really love when Ryan gets to just wear the suit without the cowl.”

Leslie knows the cape and cowl are the main part of Batwoman’s suit, though, and it’s not until she puts it on that she completely feels like the Caped Crusader. 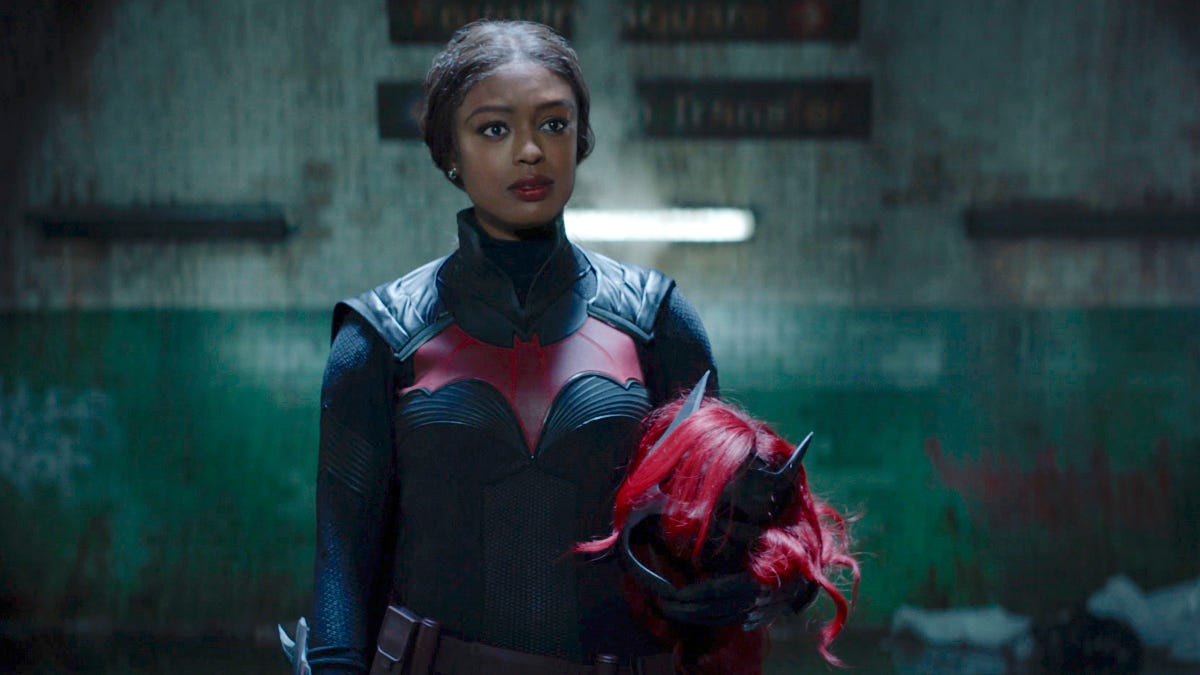 The CW — © 2020 The CW Network, LLCJavicia Leslie is seen on the second season premiere of ‘Batwoman.’

“When I put [the cowl] on that’s when I really feel like a superhero,” Leslie said. “You have to take the weight of what it is to wear something that’s this uncomfortable, but understanding the reason why you’re doing it, what it means, and what it represents.”


Read more:
‘Batwoman’ star Javicia Leslie is ‘very honoured’ to be playing the iconic hero, especially after US Capitol riots

In our longer conversation about joining “Batwoman,” Leslie told Insider via phone about putting on the Batsuit for the first time, a moment she described as “really surreal,” having grown up watching Batman.

Leslie will be seen wearing two different Batsuits on the upcoming season of the CW series, which premieres Sunday. The first one is Kate Kane’s (Ruby Rose). A version of that suit was made for Leslie’s body type. The team then worked for months on Ryan Wilder’s version of the suit. 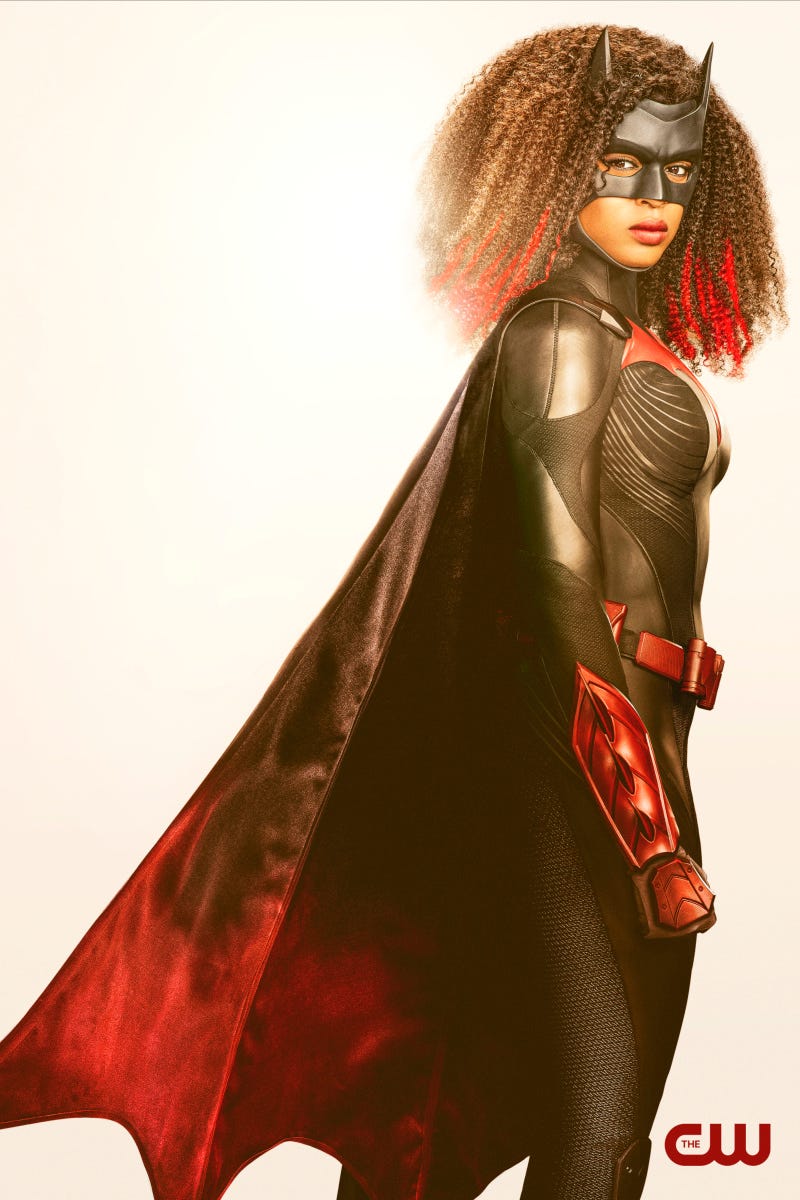 When asked whether or not we may see her character team up with the Flash or another Arrowverse superhero at some point since typically the CW superheroes get together each fall in a giant superhero crossover.

“I really hope so. That’s not on us,” Leslie said, adding that it will likely depend on COVID-19 and the protocols they need to follow to film safely.

“Batwoman” season two premieres on The CW on Sunday at 9 p.m. ET/PT.