Barstool Sports founder switches from gambling to day trading during coronavirus — and he says he's down $647,000 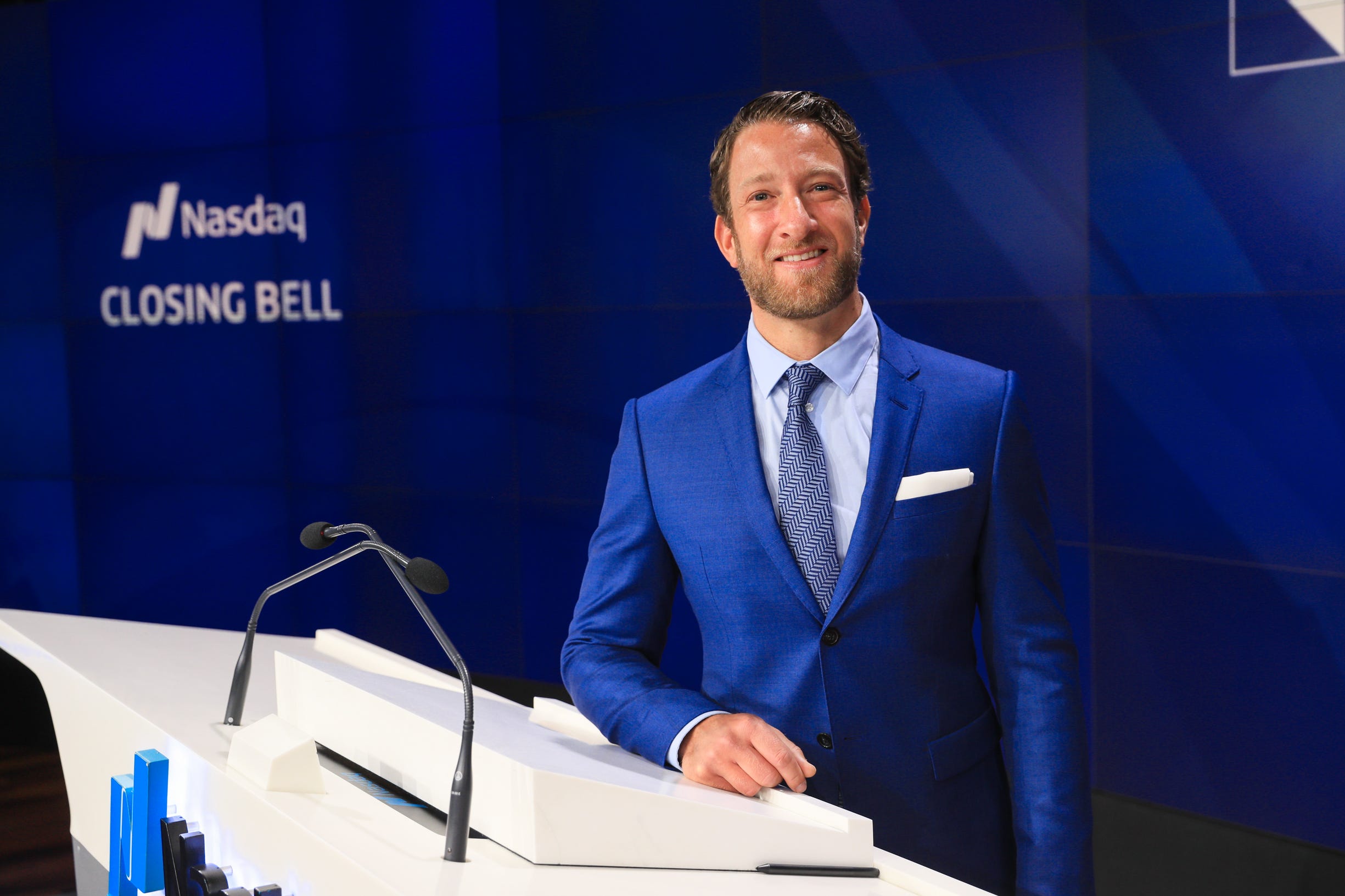 Barstool SportsBarstool Sports founder Dave Portnoy at the Nasdaq on February 27, 2020, after Penn National Gaming purchased a stake in the media company valuing it at $US450 million.

When the coronavirus suspended all major sports leagues – specifically, the ability to gamble on them – Barstool Sports founder Dave Portnoy saw an opportunity: the stock market.

Portnoy said he deposited $US3 million into an E-Trade account, and he changed the name of the company’s daily gambling radio show on Sirius/XM from “Picks Central” to “Stocks Central.” On March 23 Portnoy proclaimed, “I have become a full-time day trader,” adding that his day-trading odyssey would be live-streamed every day “for the duration of quarantine.” Portnoy also included in his announcement a candid admission that “to be very clear, I have zero clue what I’m doing.”

Portnoy spoke with Business Insider by Skype at the end of the trading day on April 16. “I put $US3 million to start into my E-trade account, and that was, like, my day-trade money that I was going to play around with,” Portnoy said. “I have a normal investment account that I don’t touch. So that’s separate. I’ve never really day traded before. I think I’ve bought one stock in my life, maybe two. I jumped into it and started trading.” Portnoy solidified his status as a multimillionaire in 2016 when Peter Chernin’s Chernin Digital Group acquired his controversial comedic sports brand. And his net worth ballooned in January of this year when Barstool announced it was selling a majority stake to Penn National Gaming in a deal that valued the company at about $US450 million. Since the crisis hit, Penn’s stock price has plummeted, and according to Portnoy, his net worth took a major hit. “I think my net worth was around $US100 million,” Portnoy said. “Literally probably cut in half, maybe more now.” Portnoy’s daily live stream, dubbed “Davey Day Trader,” broadcasts live from his Twitter account, which has 1.2 million followers. When Portnoy gets frustrated by the performance of a stock, he unleashes intense, often expletive-laden rants akin to those commonly seen in the pre-coronavirus era, when Portnoy live-streamed his reactions to sporting events on which he’d gambled large sums of money. “I like betting on sports,” Portnoy said. “Sports ended, and this was something that was still going that I could do during the day.” Portnoy admits that, before his experiment with day trading, his knowledge of the stock market was limited. “I liked the movies ‘Wall Street’ and ‘Wolf of Wall Street’ and all that stuff as much as the next guy,” Portnoy said. “It’s always been something that’s interesting to me, almost like how the mob may interest somebody. You watch the movies. You’re not in it. That’s kind of how I looked at Wall Street.” Portnoy’s daily broadcast is more of a reality show than a movie, giving viewers a real-time look at the decision-making that fuels his trades. According to Portnoy, his positions are often motivated by a combination of volume and volatility that he hopes will result in opportunities for quick profits. “I’m not trying to just buy something and hold it,” Portnoy said. “I was looking for things I could buy and trade in the same day.” His strategy backfired when he shorted the struggling aeroplane manufacturer Boeing and panicked when the stock started to surge. “I bought Boeing around $US140, and it went up to – I want to say – $US170,” Portnoy said. “So I sold it. The next day it dropped all the way back down to $US140. To me, there was no rhyme or reason to what happened.” According to Portnoy, he lost about $US2 million on Boeing alone, an amount he says he’s made up for with positive gains in other areas of his portfolio. “Somebody made a lot of money doing that. I don’t know who – I call them ‘the pinstripes with the mismatched collars.’ Somebody is driving stock market volatility, and I don’t know how or who.” Despite his losses, Portnoy managed to monetise the Davey Day Trader live-stream, inking a deal with an eye-wear company to sponsor the broadcast. He continues to trade with his own money to raise the stakes for what has become engaging content for a sports media company in a time where there are no sports. “I can’t have the reactions I have, which are very authentic unless I have significant skin in the game,” Portnoy said. “I’m not faking anything I’m going through, but I went into it knowing there’s a chance this may not work for me. So far, it hasn’t worked.” Portnoy acknowledged the possibility that his legion of fans, known as “Stoolies” may follow his lead and attempt to enter the world of day trading. “Do not do it thinking you’re going to make money,” Portnoy said. “Do it for entertainment, do it for fun. I would never day trade with money that you can’t afford to lose. “And if you’re looking to invest, it’s long term, not the short. If you’re doing what I’m doing, be prepared to lose.”