Barron Trump tested positive for COVID-19 shortly after the president and the first lady did, according to a letter from Melania 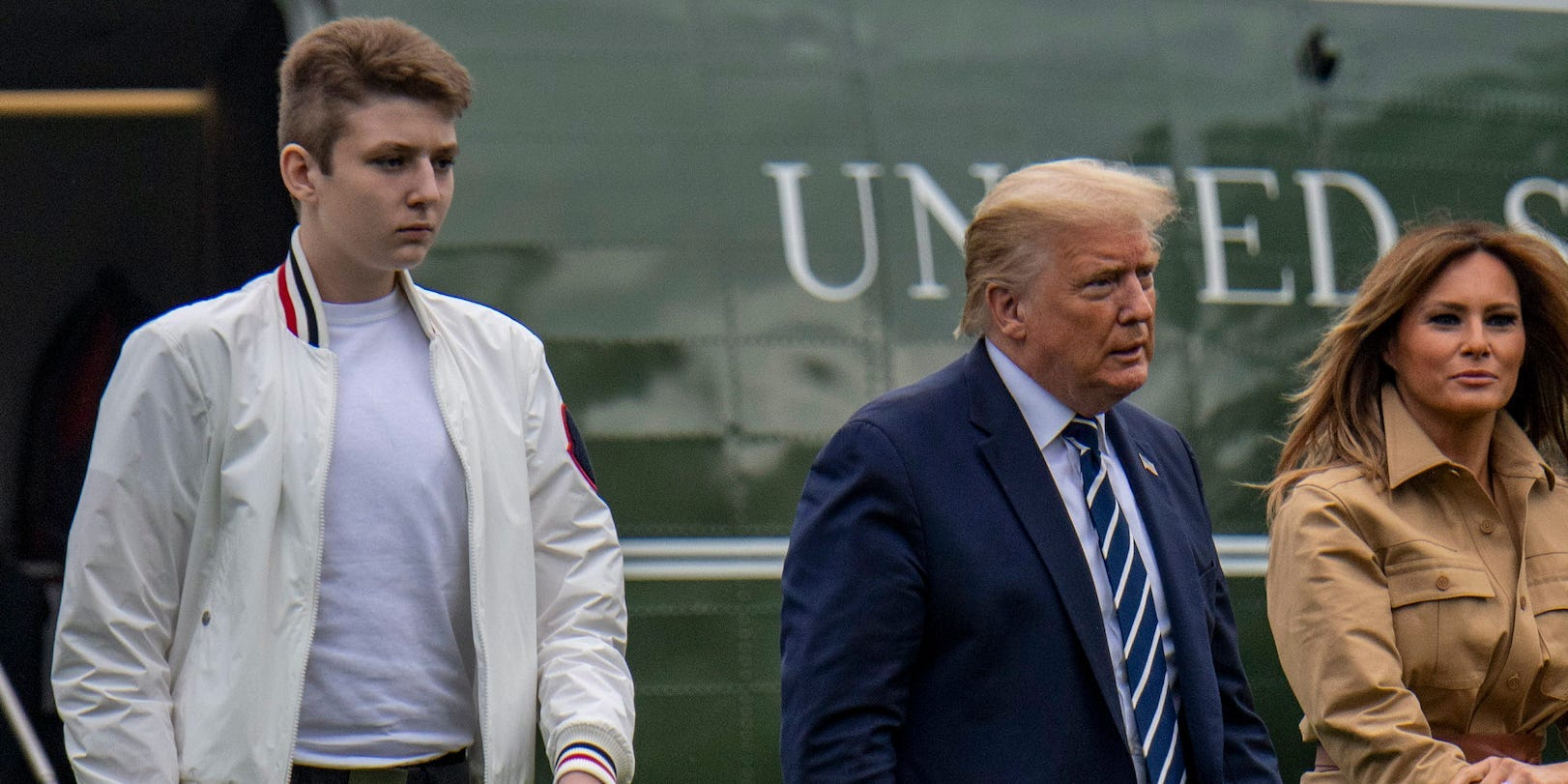 ERIC BARADAT/AFP via Getty ImagesBarron Trump with his parents.

She wrote that after she and the president tested positive, “naturally my mind went immediately to our son.”

“To our great relief he tested negative, but again, as so many parents have thought over the past several months, I couldn’t help but think ‘what about tomorrow or the next day?'” she wrote.

“My fear came true when he was tested again and it came up positive. Luckily he is a strong teenager and exhibited no symptoms.”

The first lady said her son had since tested negative for the virus.

“In one way I was glad the three of us went through this at the same time so we could take care of one another and spend time together,” she wrote.

When asked about his youngest son on Wednesday, the president said, “Barron’s fine.” He then pivoted to speaking about the confirmation hearings this week for his Supreme Court nominee, Judge Amy Coney Barrett.

The president announced on October 2 that he and the first lady had tested positive for COVID-19, though his exact infection timeline remains unclear.

A White House spokeswoman told USA Today that day that Barron had tested negative. The first lady’s letter on Wednesday was the first disclosure of a positive test for the teenager.

The first lady also said she approached her treatment differently than her husband, who received a variety of therapeutics, including an experimental antibody cocktail from Regeneron.

“I chose to go a more natural route in terms of medicine, opting more for vitamins and healthy food,” she wrote, adding that they “had wonderful caretakers around us” and would “be forever grateful for the medical care and professional discretion” of the White House physician, Dr. Sean Conley, and his team.

It’s not clear specifically what supplements or foods the first lady relied on for her recovery. While some supplements, such as vitamin D, have shown promise in a growing number of studies, there is no evidence food or vitamins work as a treatment for COVID-19 in most cases.

Dr. Anthony Fauci, the director of the National Institute of Allergy and Infectious Diseases, has previously said he takes vitamin D and vitamin C, and that those supplements may be useful as a precaution against infection.

Research has consistently linked vitamin D deficiency to greater risk of severe infection, and a small new study has suggested supplementing with vitamin D could help reduce the severity of illness in patients who are already infected.

But with regard to diet, no specific food or nutrition plan is known to cure or prevent COVID-19.

“If you’re in contact with coronavirus, it doesn’t matter how many oranges you eat, you’re going to get it,” Dr. Caroline Apovian, Director of the Nutrition and Weight Management Centre at Boston Medical Centre, previously told Business Insider. “The only thing that a healthy diet and being in shape will do is make sure if and when you get sick, it won’t be as severe.”