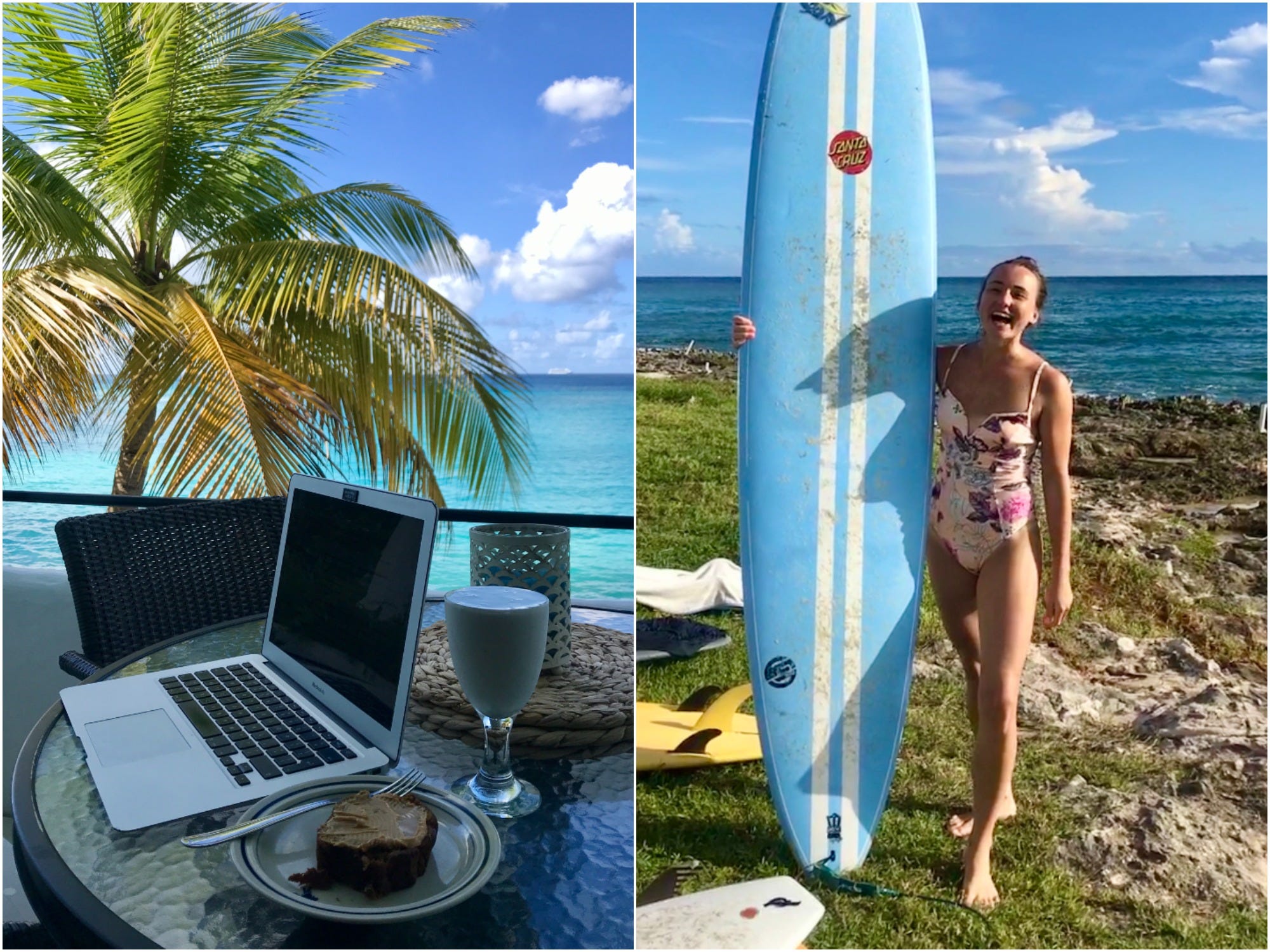 Rachel Hosie/InsiderDigital nomads in Barbados get the perks of working with a view, while also invigorating the economy.

One of the various countries to have shifted its focus to remote workers in recent months, Barbados is capitalising on the fact that many people are now working from home with the Welcome Stamp, a new visa that allows remote workers to spend up to a year in the Caribbean country.

I spent three weeks in Barbados in October (following the necessary safety protocol) to meet the new digital nomad community and try the lifestyle myself, and found that the program is having a positive impact on local businesses so far.

At the same time, the country’s push to bring long-term visitors could also pose challenges, such as the threat of gentrification and potential safety risks while the coronavirus is still present.

The idea for the Welcome Stamp came from management consultant Peter Thompson, who returned to his home country of Barbados in early 2020 after living in Canada for much of his adult life. In April, Thompson â€” who runs the website Remote Work Barbados â€” published a blog post suggesting that attracting remote workers would save Barbados. 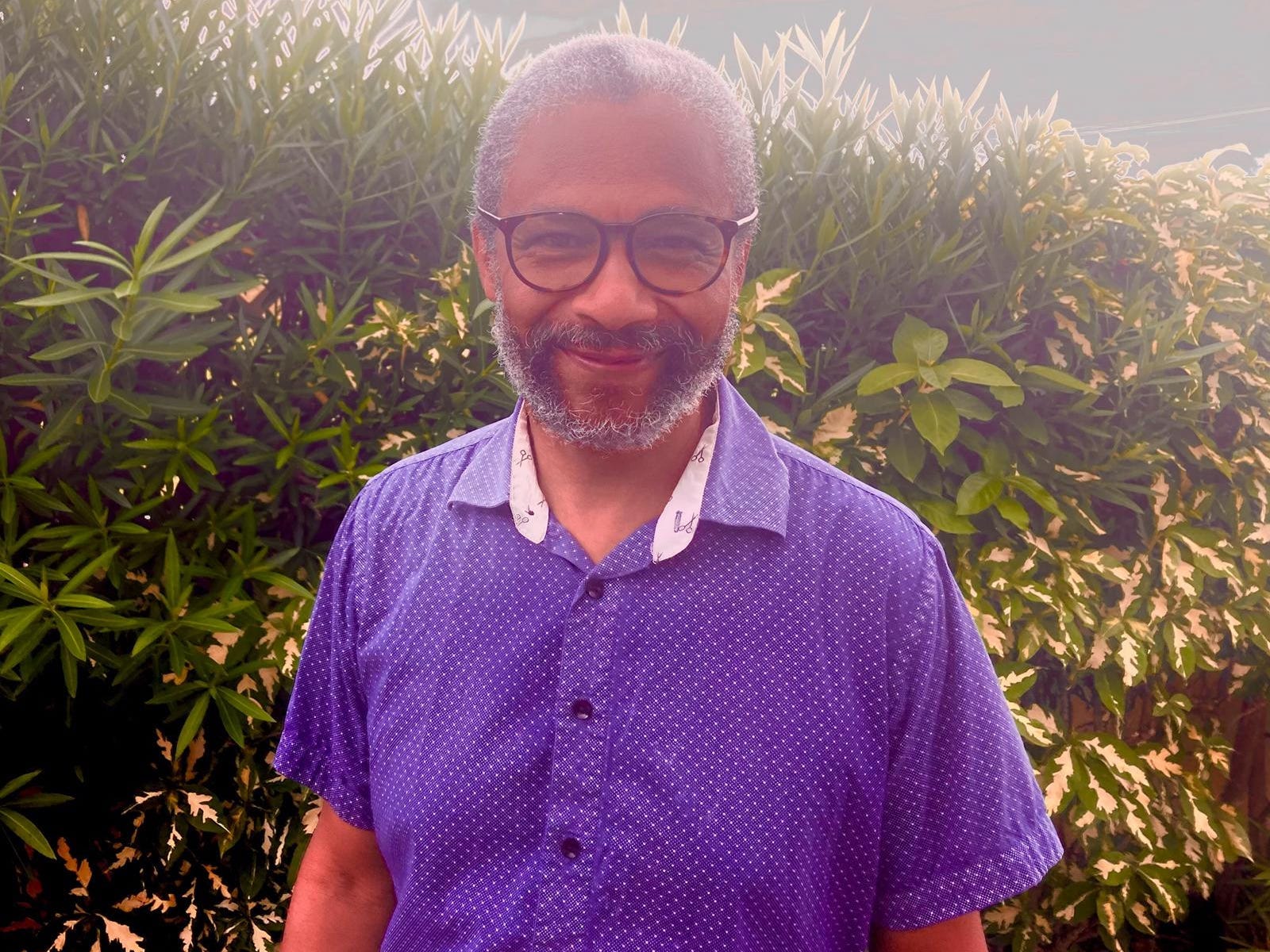 The post evolved into an official memo to the government, and on June 30, Prime Minister Mia Mottley announced the Welcome Stamp at a restaurant reopening ceremony, despite having not told the minister of tourism or the Barbados immigration department, Thompson and other locals told Insider.

The Welcome Stamp gained publicity across the world, and applications started rolling in. The first remote workers on the visa arrived in mid-August.

As of the end of October, Barbados had received 1,693 applications for the Welcome Stamp (a mix of groups and individuals), accounting for 2,796 people in total, the Barbados Tourism and Marketing team told Insider.

And Barbados’ digital nomads continue to grow in numbers by the day. There are WhatsApp groups, Facebook pages, and Slack channels with hundreds of members looking to make new friends.

Digital nomads say they want to contribute to the community

While tourists might spend a few days in Barbados, digital nomads are coming to the island to make it their home for six months, a year, or more. Many of them say they care about giving back to the local community. 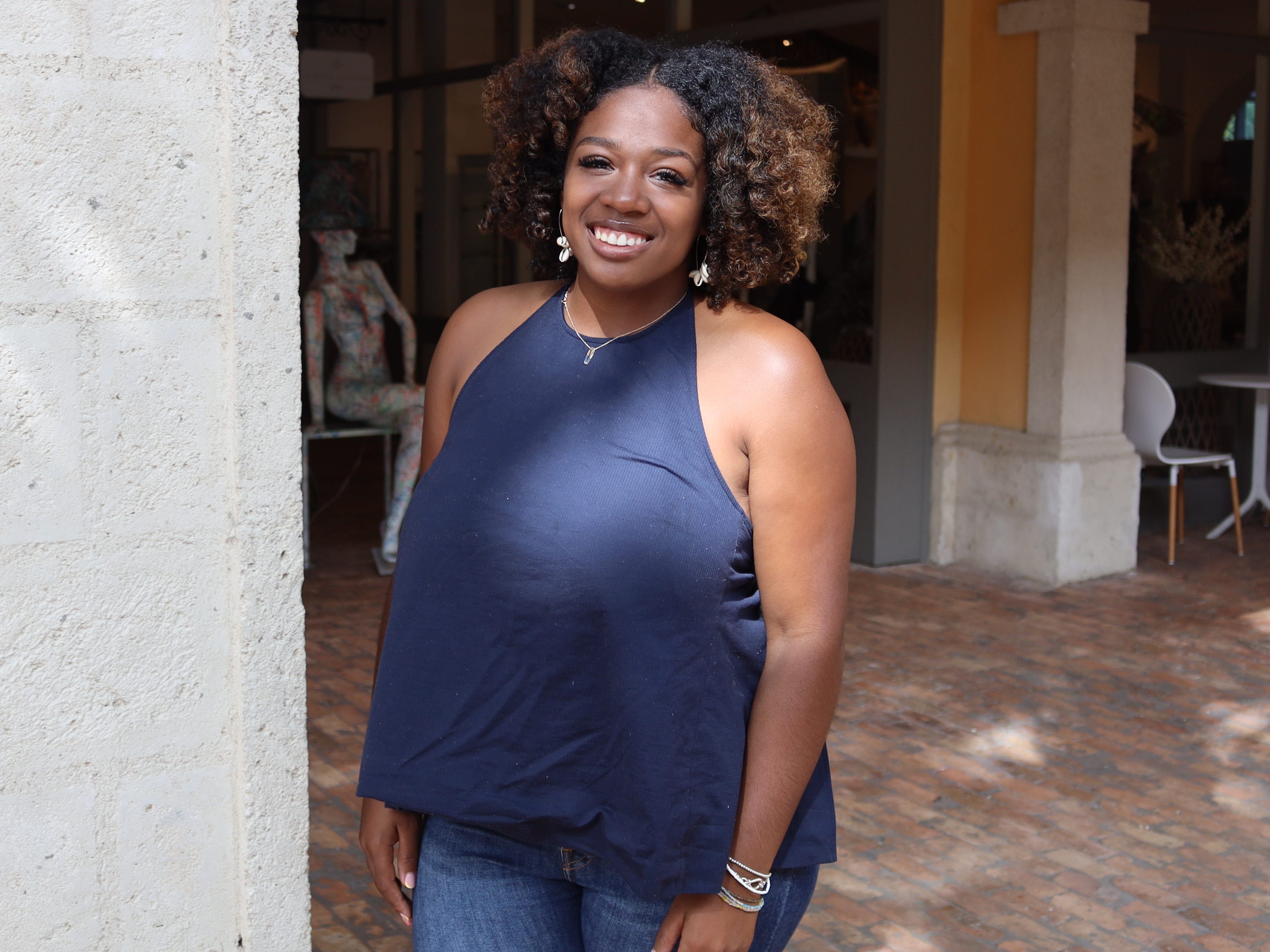 Rachel Hosie/InsiderTayler Ulmer moved from the US to Barbados to work remotely.

“Because you have to go through that quarantine process, no one’s coming here for two weeks, so you view this not as a transient place where you’re just here for sun and sand,” Tayler Ulmer, a social anthropologist who has been living in Barbados since September, told Insider.

The rules depend on where you’re coming from, but for those arriving from high-risk countries, you have to have a negative result from a COVID-19 PCR test taken within 72 hours prior to arrival and go straight into quarantine at an approved property in Barbados. You can take a second test four to five days after the first, and when you have the negative result from that you’re free to roam the island, but you have to record your temperature twice daily for 14 days.

Bajan Malou Morgan told Insider she thinks the Welcome Stamp is “the best thing to happen to us in a long time.”

With the Welcome Stamp’s requirement that applicants earn at least $US50,000 a year â€” and its $US2,000 application fee â€” Morgan said digital nomads have a lot to offer the local community as skilled workers.

“We are attracting people who want to come for their own benefit, but they want to contribute to the country as well, like spending money in the local economy but also meeting Barbadians and really getting a feel for the local culture,” she said.

According to Morgan and other locals Insider spoke with, some remote workers have volunteered as mentors with charities such as the Prince’s Trust International or helped young people in development programs apply for jobs by conducting mock interviews.

“Barbados wants tech-savvy people with 21st-century skills, because we want those skills to spread,” Thompson said. “It’s very easy on an island to be insular, and this could catalyze the type of cultural change Barbados needs.”

The Welcome Stamp has saved some tourism businesses, according to owners

Barbados went into lockdown in early April, forcing all businesses (even supermarkets) to close. After restrictions were gradually lifted and businesses were able to open, some faced a lack of customers.

In September, the World Travel and Tourism Council announced that visitor numbers for 2020 could be down by as much as 71% in the Caribbean compared to 2019, which would account for a $US44 billion loss of regional GDP and 2 million jobs gone.

Morgan told Insider her childcare agency Island Sitters has been saved by the Welcome Stamp, having seen a wave of interest after the visa was announced. 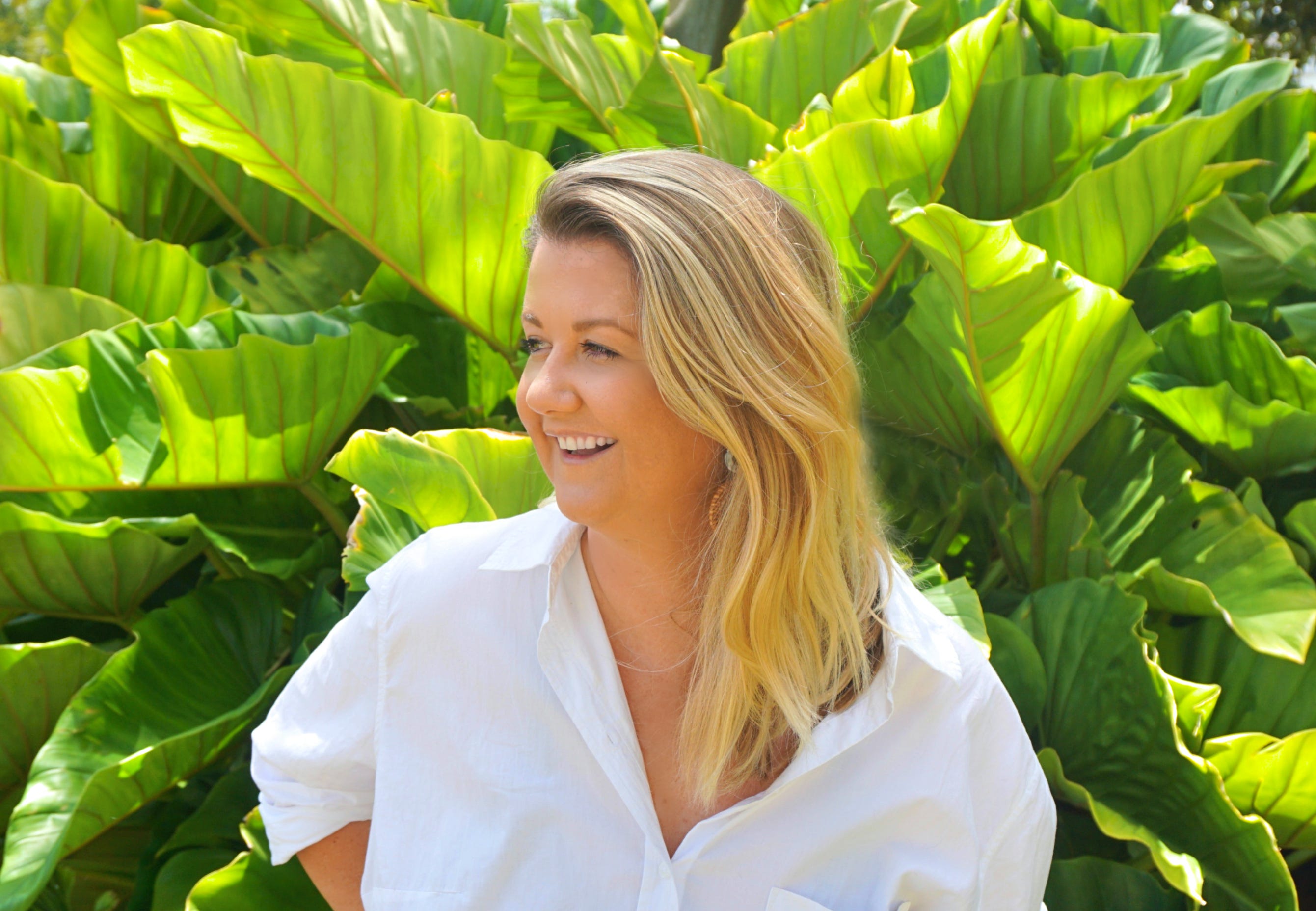 “Before lockdown, about 80% of our clients were people visiting Barbados, so this summer it was really touch and go, I thought I might have to close the business,” she said. “But the Welcome Stamp changed everything because now we have so many families coming here who need full-time long-term care for their kids.”

It has had a similarly positive impact for local business owner Joe Jenkins, who opened his gym, Level Up, after moving to Barbados from the UK in 2018. 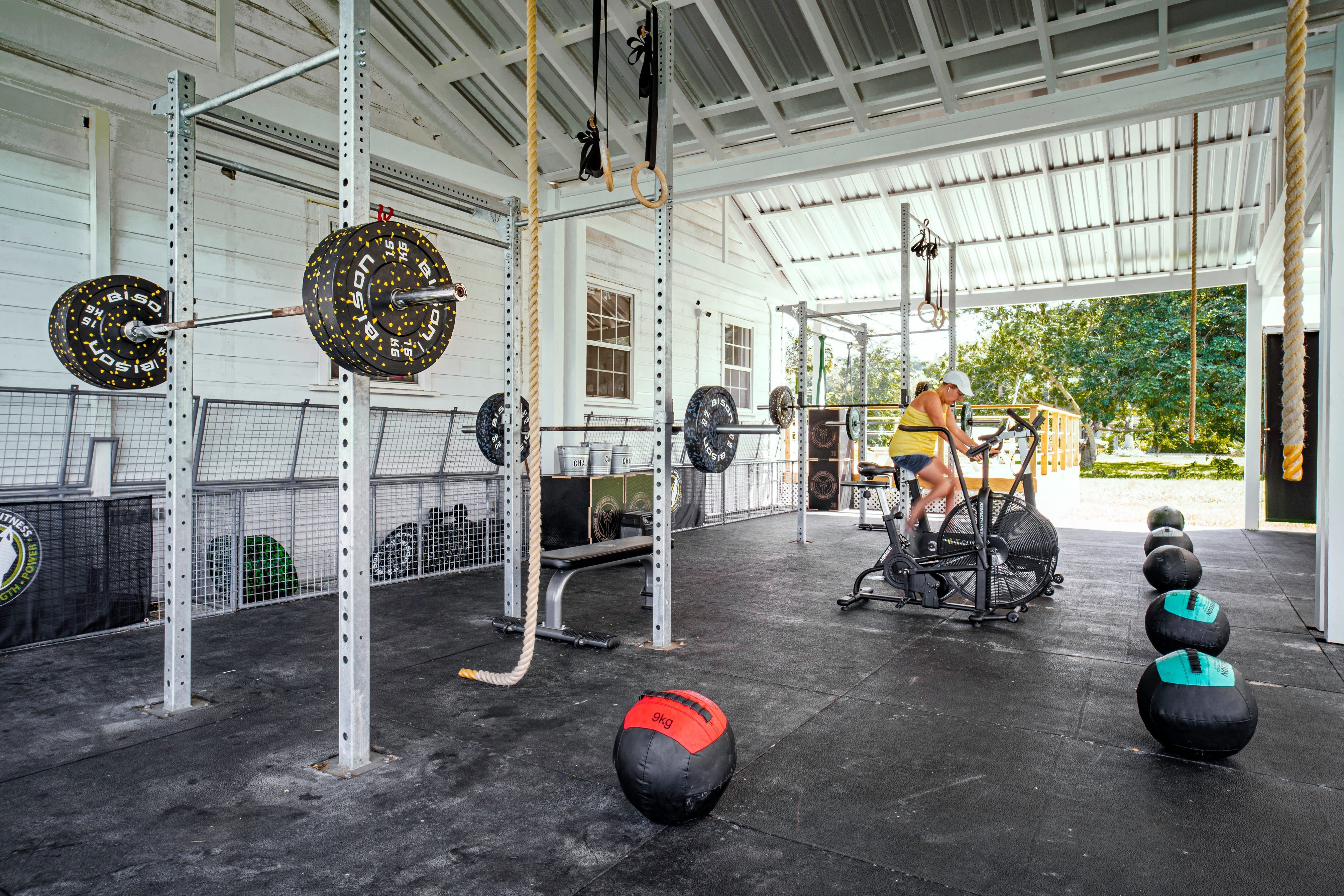 Joe JenkinsLevel Up is a functional fitness gym on Barbados’ west coast.

“We’ve had so many more people signing up for three or six-month periods,” he told Insider in October. “A lot of Americans and Canadians have said they’d been losing their minds because they couldn’t go to the gym.”

Capacity is currently limited to eight people inside and 20 outside, and at the time of my visit, Jenkins was offering classes for free to encourage more people to join. I also found the limited capacity encouraged social distancing â€” and slots have to be booked in advance â€” however, gym-goers don’t need to wear masks while training, per government guidelines.

Morgan believes the influx of remote workers has forced companies to “up their game in terms of being able to offer services online and get things done quicker, more efficiently.” 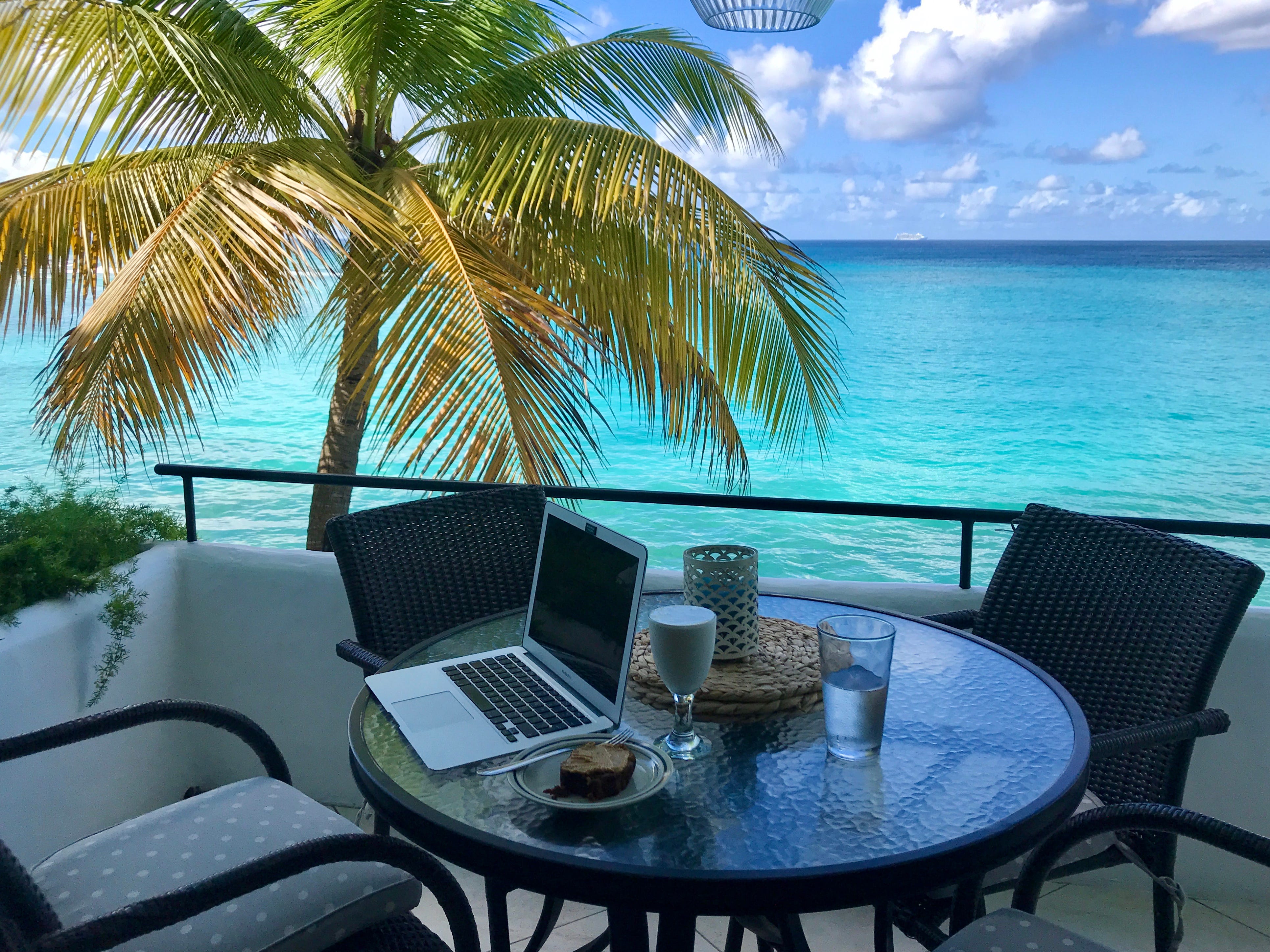 Rachel Hosie/InsiderWorking at a dining table overlooking the sea is idyllic.

Smart cafes have positioned themselves as places where you can sit with a laptop for the day, but some digital nomads familiar with sleek co-working spaces say they’re hoping for more.

That said, more remote-work spots are opening, including some that combine co-living: Outsite has co-working and co-living spaces around the world, and is set to open its first Caribbean branch in Barbados, and independent establishment Nhome has just launched. 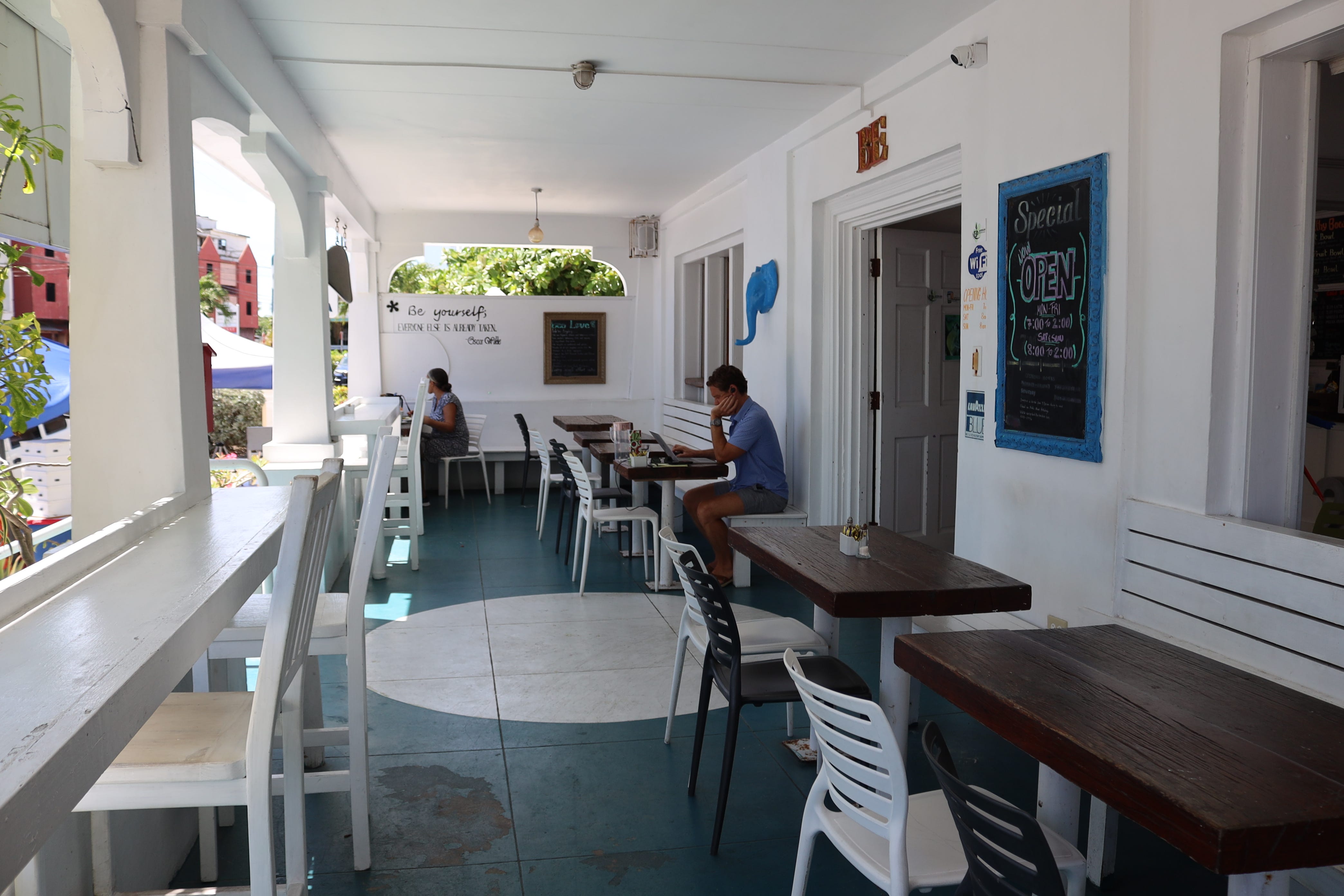 Remote workers tend to band together due to their shared situations, but I noticed lots of mixing between digital nomads and Bajans (sometimes socially distanced, sometimes not).

Morgan believes mixing communities safely is important, or there runs a risk of gentrification sending the already high cost of living soaring and communities dividing.

“You don’t want things to become too pricey for locals, but we’re less than six months in so it’s too early to call,” she said.

Morgan added that although many business owners are capitalising on the new market, some Barbadians seem unaware of the growing digital-nomad community.

Thompson believes the influx of digital nomads is starting to help, but it’s not solving the country’s economic issues.

“The economy of Barbados is still on the downward trajectory. The long-stay visitors coming in have definitely slowed that descent, and we’ve really got to thank them,” he said. “But I suspect there’s a bit of a honeymoon period.”

Professor Loretta Lees, an urban geographer from the UK’s University of Leicester specializing in gentrification, told Insider that the trend towards remote work is “another layer of threat” on top of tourism.

“The main risks will be inflated property values, land and real-estate speculation, rural and coastal gentrification â€” the rich will get what they want, the poor will get pushed out in the process,” Lees said. “Barbados needs to decide what it wants its future to be for its population.”

The coronavirus spread is another risk, of course

Coronavirus rates in Barbados have remained low, but it’s not nonexistent. Barbados has had 321 cases of coronavirus and seven deaths to date, and in November the minister of health and wellness said there was no evidence of community spread on the island.

It’s unclear whether the arrival of digital nomads has affected coronavirus rates on the island due to the fact that some started coming to the island on tourist visas earlier in the summer, and cases have remained largely stable, according to Johns Hopkins data.

Barbados’ warm climate also means people spend a lot of their time outside, which makes it safer from a COVID-19 perspective.

Government guidelines state that bars and restaurants must have hand sanitizer at the entrance, take customers’ temperatures upon arrival, and ensure face masks are worn. These measures were widely enforced in my experience, though at busy times there wasn’t always social distancing.

Many remote workers told Insider they felt safe to socialise after experiencing the quarantine process upon arrival (although the Barbados Association of Medical Practitioners argues it isn’t strict enough). 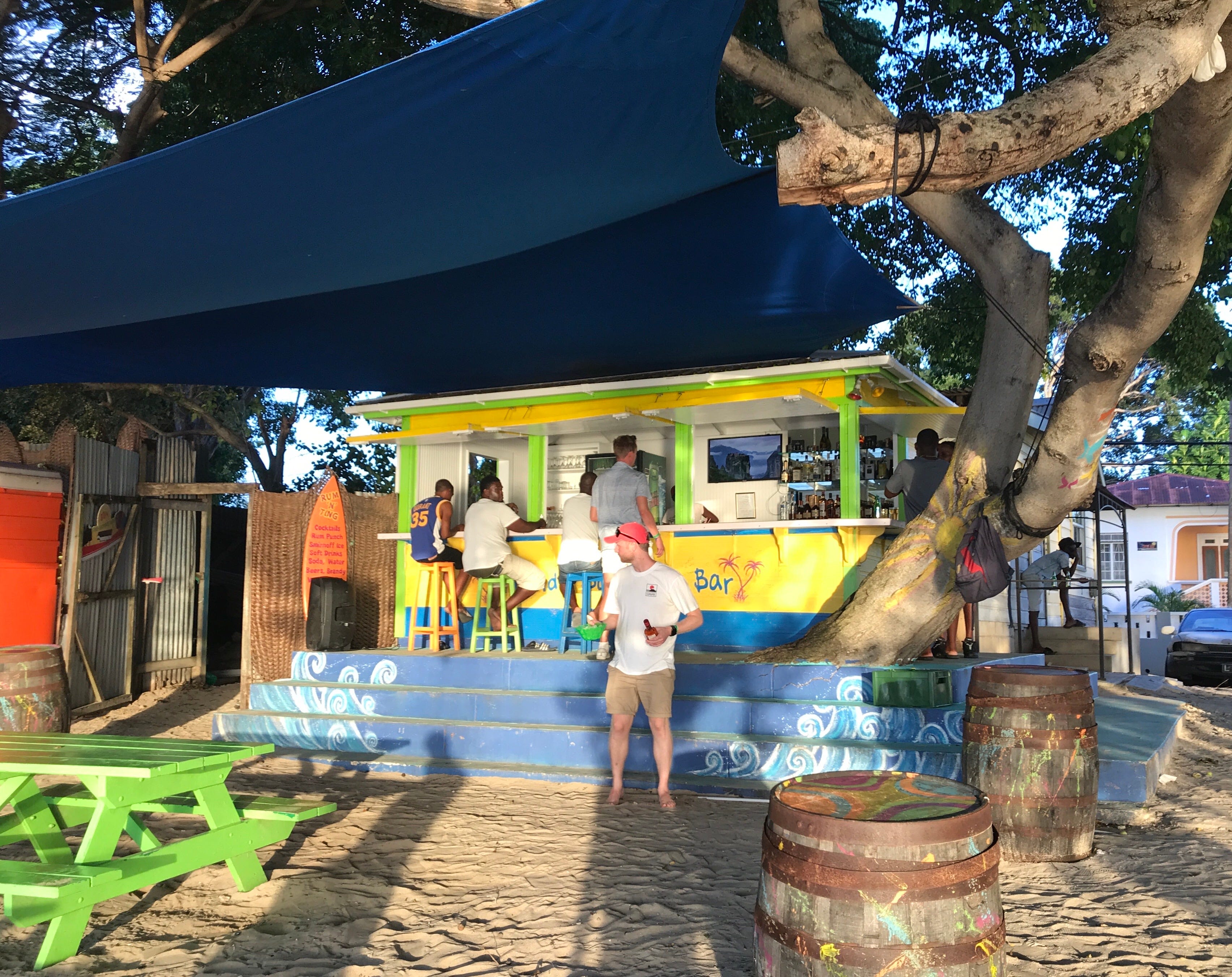 Rachel Hosie/InsiderPeople didn’t tend to wear masks at outdoor bars such as this beachside rum shack.

Barbados’ Welcome Stamp could serve as a model for other tourism-reliant countries after the pandemic, but only if care is taken

Travelling the world with a laptop in tow used to be a luxury reserved for the self-employed and freelancers, but the pandemic has opened up this possibility to millions more.

Many young professionals pay high rents to live in small city-centre apartments to be close to their offices. But if those offices are no longer in use, there will be a major shift in where people live. Already there are reports of people moving out to the suburbs from cities where they will have more space, translating for some as a better quality of life. It could also be likely that some people will take things one step further and move abroad to countries like Barbados, just because they can.

If done safely with measures in place to prevent the spread of coronavirus and division within the community, visas like the Welcome Stamp could be a model for tourism-focused countries to help them boost their economy sustainably moving forward.

I travelled to Barbados from a high-risk country and had to quarantine upon arrival, and I’d do it again in a heartbeat