Obama said his first instinct was to 'walk down and smack' GOP Rep. Joe Wilson on the head after he shouted 'you lie' at him during a joint session of Congress 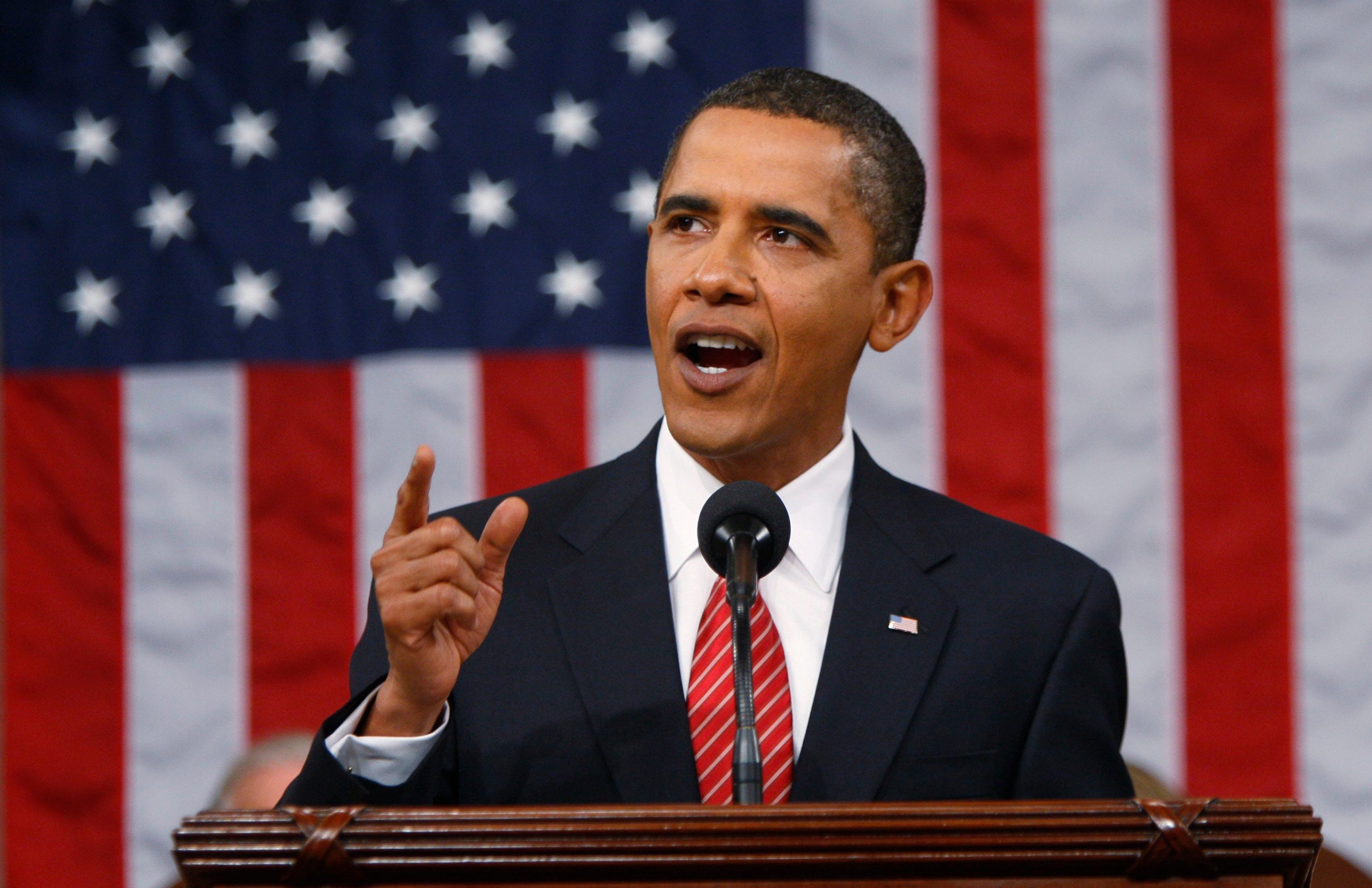 Early in former president Barack Obama’s first term, health care reform was a hot-button legislative item on the Democratic agenda in Washington, but he was particularly taken aback by an act of protest from a sitting GOP Congressman.

Obama said during an interview with Gayle King on “CBS Sunday Morning” that he was “shocked” to have been yelled at by Rep. Joe Wilson, a conservative from South Carolina, during a joint session of Congress in September 2009 when he was detailing his plans for the Affordable Care Act.

Wilson, refuting Obama’s claim that health care legislation would not cover illegal immigrants, shouted, “You lie,” to the newly-elected president during the address.

King, who said it was “one of the big examples that many people saw of disrespect,” asked Obama how he felt during that moment.

“I am shocked,” he said. “My initial instinct is, ‘Let me walk down and smack this guy on the head. What is he thinking?’ And instead, I just said, ‘That’s not true,’ and I just move on. He called afterward to apologise â€” although, as I point out in the book, he saw a huge spike in campaign contributions to him from Republicans across the country who thought he had done something heroic.”

Former president Jimmy Carter, who served in office from 1977 to 1981, saw Wilson’s stunt as rooted in bigotry.

“Those kinds of things are not just casual outcomes of a sincere debate on whether we should have a national program on health care,” Carter said. “It’s deeper than that.”

Obama recalled how he sought to forge relationships with GOP members, only to be rebuffed by his openness to bipartisanship. The Affordable Care Act went on to be signed into law with virtually all Democratic votes â€” the House version passed with 219 Democrats and only one Republican, while the Senate version passed with 60 Democrats in support and 39 Republicans opposed.

“We tried everything,” he said. “We had Super Bowl parties! We’d invite them to dinner. I’d go to their caucus meetings.”

He added: “The fuss of being president, the pomp, the press, the physical constraints, all that I could have done without. The actual work, though? The work, I loved, even when it didn’t love me back.”