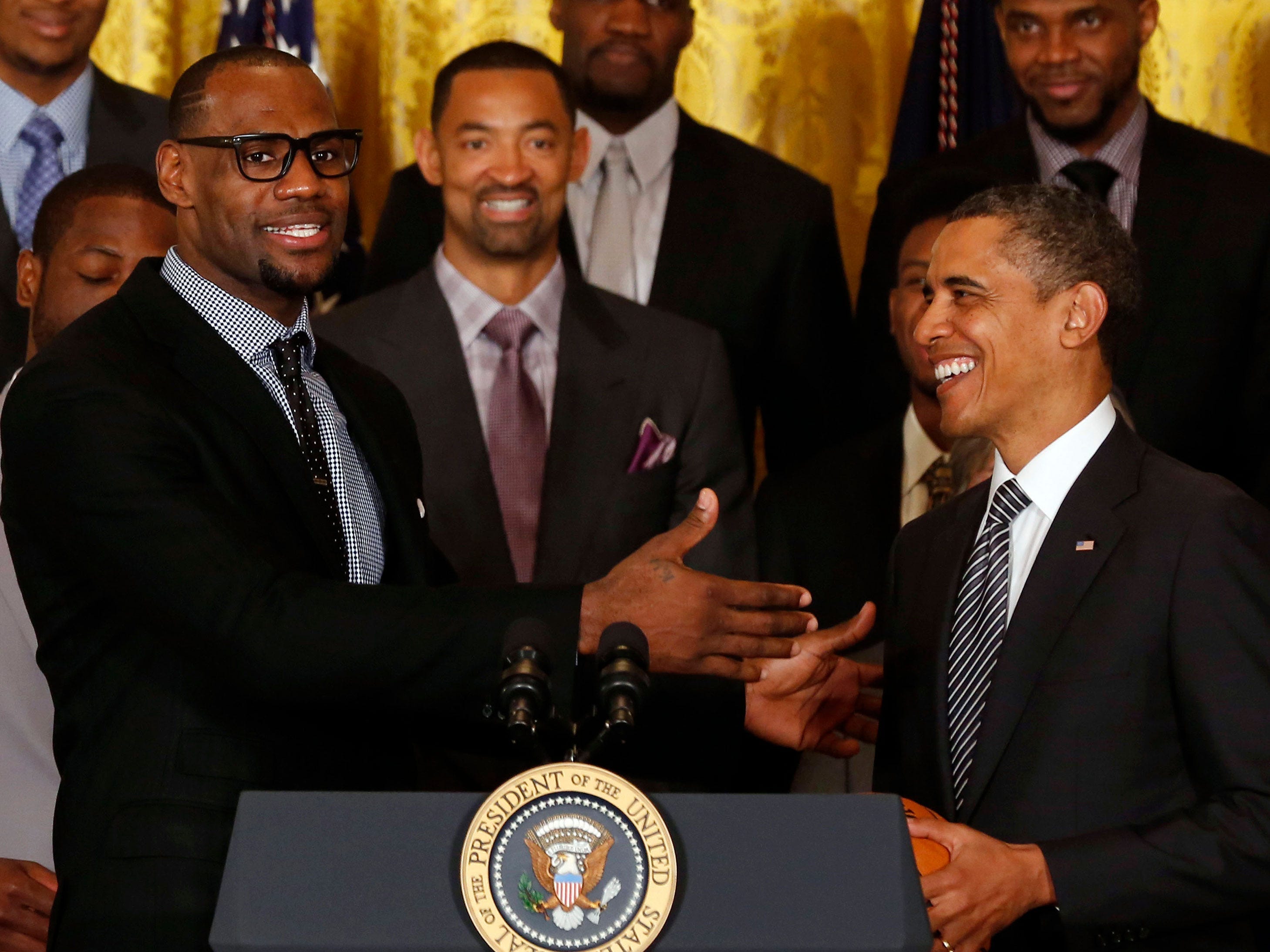 LeBron James, Chris Paul, and more leaders of the NBA reportedly spoke with former President Barack Obama on Wednesday night after a tense meeting amongst players left the season on the brink.

According to a report from Shams Charania at The Athletic, Obama spoke with the players about their protest after the police shooting of Jacob Blake in Kenosha, Wisconsin, and advised them to finish the season while using their prominence to enact change. According to Charania, the players also brought up the possibility of forming a committee centered on player action that Obama could be involved with.

The NBA postseason came to a screeching halt on Wednesday after the Milwaukee Bucks refused to take the court for their scheduled game against the Orlando Magic. Minutes after the Bucks’ intentions were clear, the five other teams scheduled to play that day joined the movement, and a strike was on.

On Wednesday night, it briefly felt as though the entire season might be in jeopardy. During a tense meeting amongst players regarding what steps to take next, LeBron James and the Lakers and Clippers walked out early after voting to end the season. Later that night, James’ call with Obama took place, and after another meeting on Thursday morning, it was announced the NBA season was back on.

One point of contention in the meeting was how the players could issue actionable goals that brought about real-world change. On Friday, some progress was made towards that goal. In a statement, the NBA announced that in cities where franchises owned their own arenas, the league would work with local officials to turn stadiums into voting locations for the November 3 general election – a cause that James’ More Than A Vote group was already rallying support for.

The protest the players took part in on Wednesday clearly demonstrated the extent of their power, with teams across the sports world following the NBA’s lead and calling off games of their own.

Now, players are looking to put that power to work.

AOC explained why NBA players’ protest of the police shooting of Jacob Blake was a strike rather than a boycott, and why the distinction matters