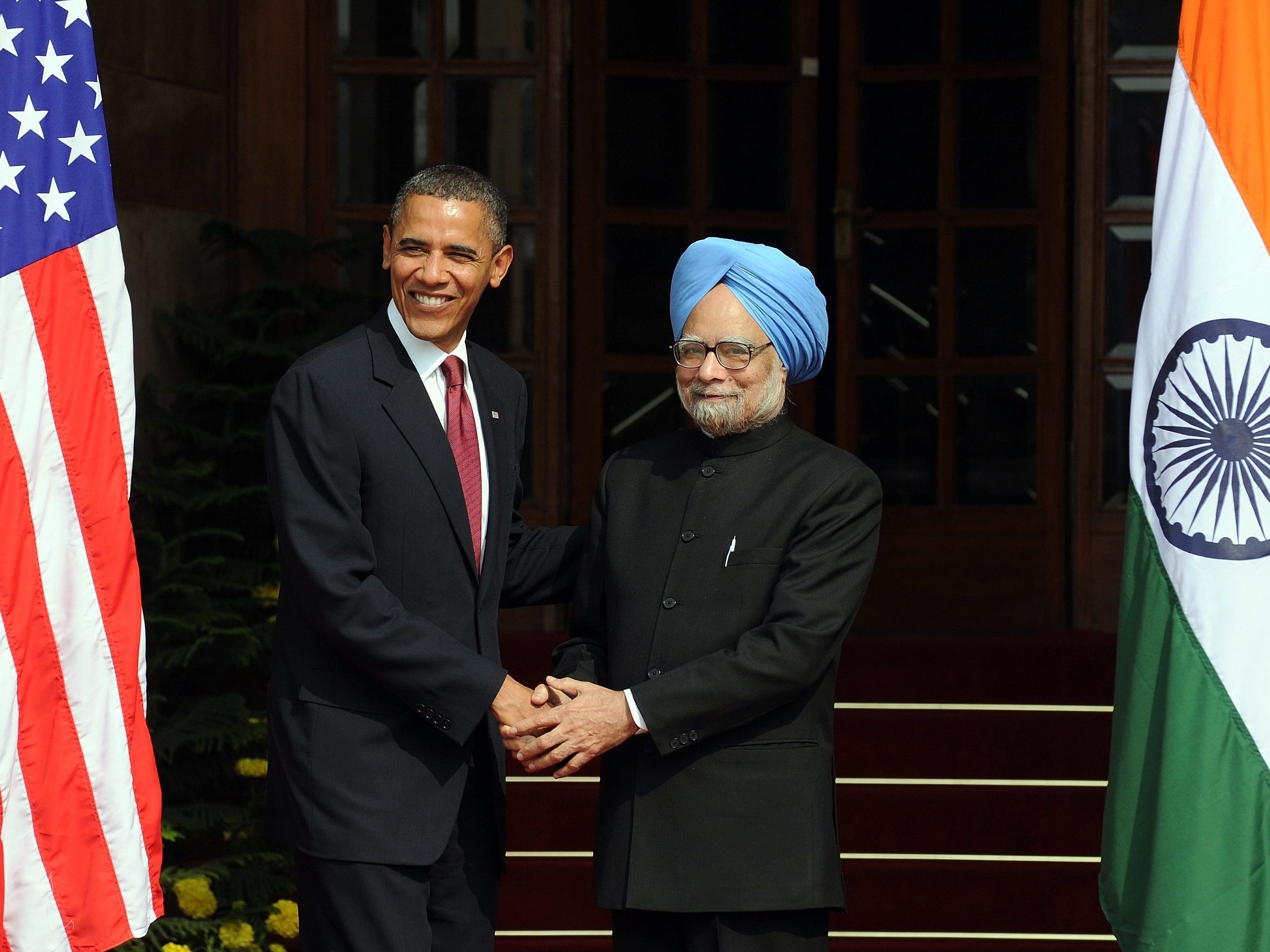 Gyan Prakash Shukla, national president of the All India Rural Bar Association, demanded police take action for what he claims are “humiliating” passages in “A Promised Land,” per India Today.

In the book, Obama wrote about Indian member of parliament Rahul Gandhi and Manmohan Singh, a former Indian prime minister.

In one of the passages, Obama said Gandhi “has a nervous, unformed quality about him.”

Shukla demanded that police open up a First Information Report (FIR), or initial charge seat, against Obama, in a suit filed Thursday. The case has been granted a hearing on 1 December in Lalganj Civil Court.

If the court doesn’t agree to lodge an FIR, Shukla said he will fast outside the US embassy in New Delhi.

In “A Promised Land,” Obama wrote that Congress President Sonia Gandhi may have picked Manmohan Singh as the country’s 13th prime minister because “he posed no threat” to her son, Rahul, “whom she was grooming to take over the Congress Party.”

“[Singh] owed his position to Sonia Gandhi,” he added.

Elsewhere in the book, Obama described Singh as “wise, thoughtful, and scrupulously honest.” Singh had brought about higher living standards, lifted millions of people out of poverty, and earned a positive reputation, Obama wrote.

Obama said that Rahul Gandhi “has a nervous, unformed quality about him” â€” though also said he was “smart and earnest.”

He likened him to “a student who’d done the coursework and was eager to impress the teacher but deep down lacked either the aptitude or the passion to master the subject.”

Supporters of the two politicians were hurt by passages in the book, Shukla said. They may protest against the book, which was released on November 17, he warned.

“A Promised Land” is on track to set sales record for a presidential memoir.

The book, which details the first two-and-a-half years of his presidency, sold nearly 890,000 copies in its first day, setting a first-day sales record for publisher Penguin Random House.