Former Bank of America analyst charged nearly $21,000 to his corporate card at an 'adult venue' and refused to pay it back, new complaint alleges 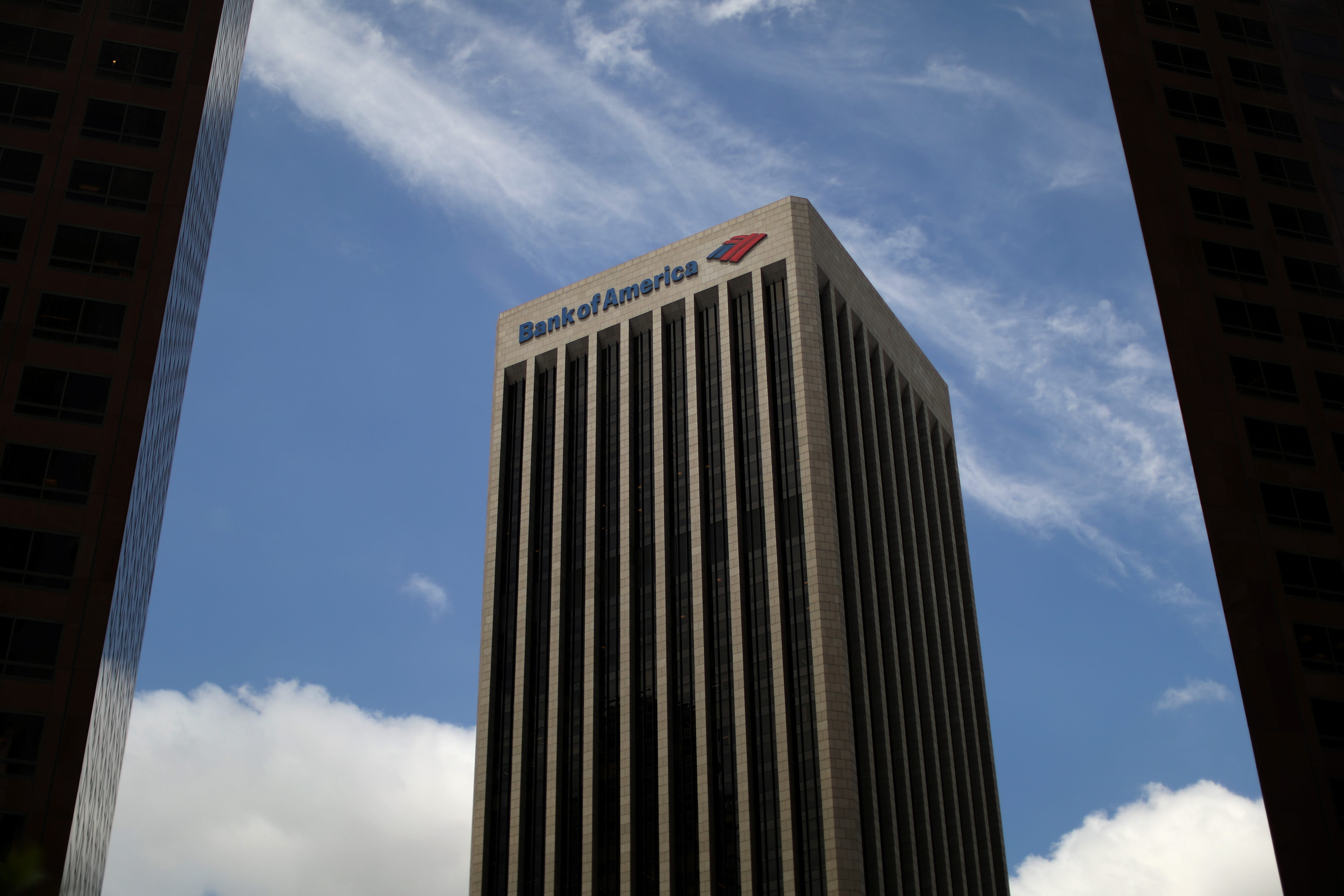 ReutersA Bank of America building is seen in Los Angeles

A former Bank of America analyst charged close to $US21,000 at an “adult venue” to his corporate credit card and didn’t pay the company back, a complaint filed Friday by a financial regulatory authority alleged.

Paramveer Singh had worked at Bank of America Securities, the investment banking division formerly known as Bank of America Merrill Lynch, for five years when he visited an unnamed “adult venue,” according to his BrokerCheck profile and the FINRA complaint. From the evening of May 29 into the early hours of the morning, Singh spent thousands of dollars at the adult venue, racking up charges that totalled $US20,767.96, the complaint alleged. 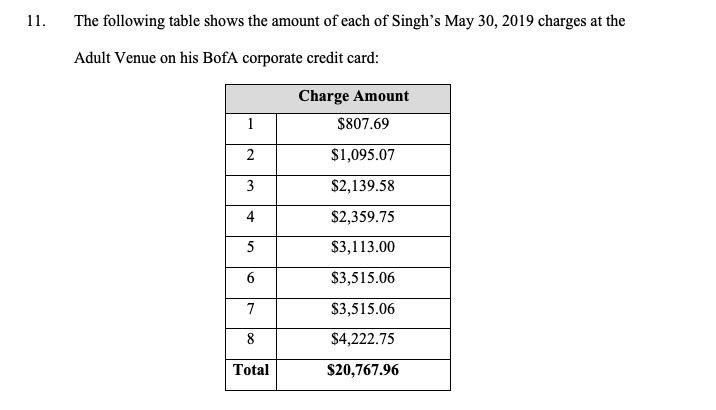 Financial Industry Regulatory Authority (FINRA)The charges that Singh allegedly made on his Bank of America corporate card, according to a FINRA complaint.

After leaving Bank of America, Singh worked at Oppenheimer & Co. Inc for six months. His tenure ended in July, according to his BrokerCheck file.

Additional details from the complaint allege that Singh was a regular at the adult venue, spending nearly $US30,000 on his personal credit cards in the spring and summer of 2019. Besides the thousands he charged to his Bank of America corporate card, Singh charged around $US8,400 to his personal credit card at the adult venue that night, the complaint said.

When the Financial Industry Regulatory Authority (FINRA), a self-regulator that oversees securities professionals, investigated the case, Singh told them that “I am 100 per cent certain that I did not make the charges. . . . I did not authorise those charges and I have no idea who actually used it on that May 29th/May 30th,” the complaint said. In addition, Singh denied phoning the call centre, even after a recording was played for him, the complaint said.

The complaint requests that Singh faces a FINRA panel about these allegations and that he pays the $US20,767.96 back, with interest.

Singh did not respond to Business Insider’s request for comment.

“As a matter of policy, we do not publicly comment on former employees,” said Joseph Kuo, a spokesperson for Oppenheimer.

A Bank of America representative referred Business Insider to allegations posted on Singh’s BrokerCheck file, which show that he was discharged in September of 2019, under the allegation he performed “conduct involving the use of a corporate credit card inconsistent with the firm policy.”