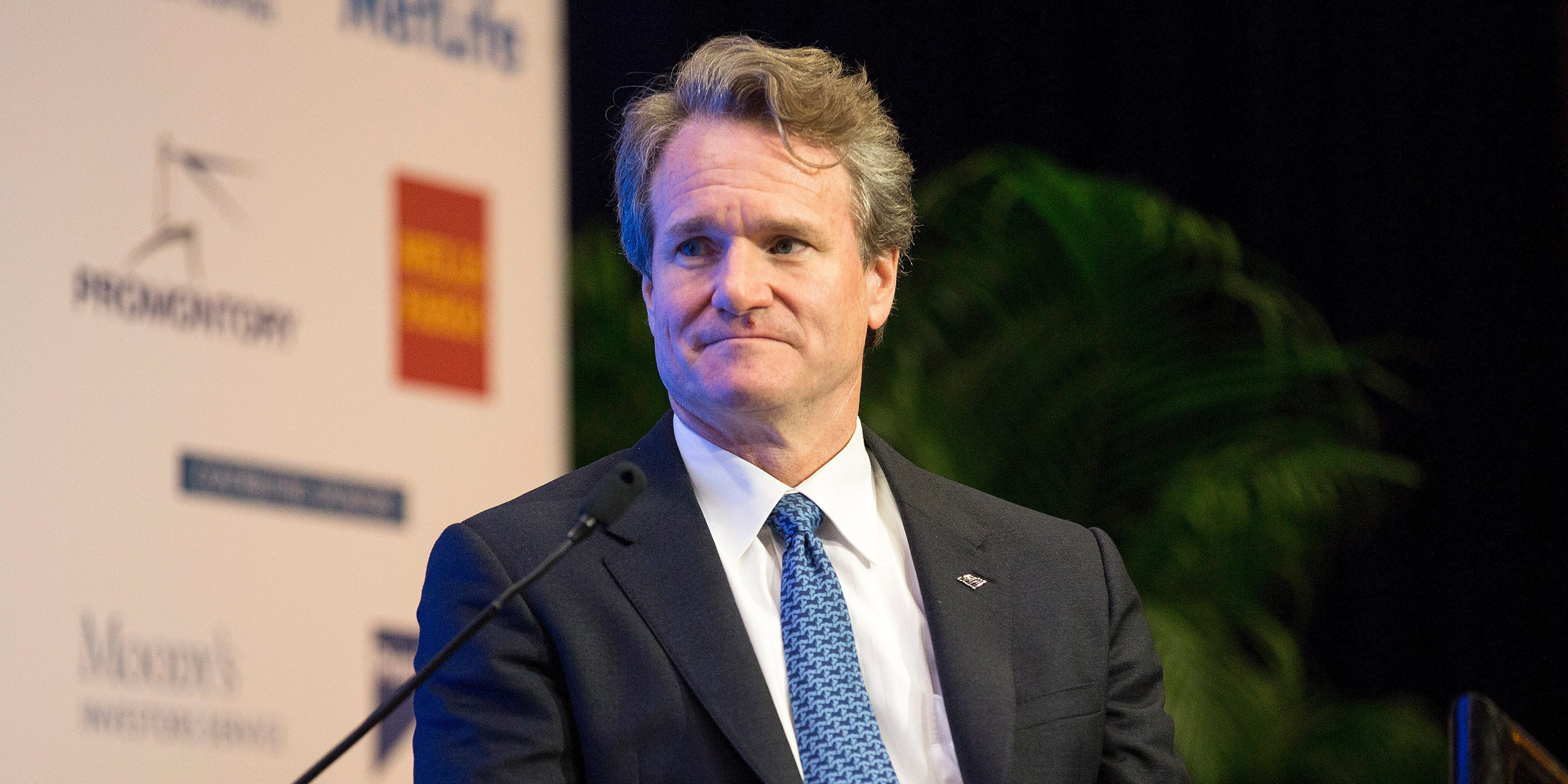 Joshua Roberts/ReutersBrian Moynihan, the chief executive of Bank of America.

Bank of America posted a drop in revenue for the third quarter of this year, missing analyst expectations, as its consumer-focused business bore the brunt of low interest rates.

In stark contrast with its four biggest Wall Street rivals, Bank of America said on Wednesday its revenues dropped to $US20.3 billion in the three months to September, 11% lower than the same period last year and below the $US2o.6 billion forecast by analysts polled by Bloomberg.

The bank’s posted net income of $US4.9 billion, 16% lower compared to last year although it beat Bloomberg’s estimate of $US4.3 billion. Sales came in at $US20.45 billion, against forecasts for $US20.81 billion.

“As the economy continued to recover, we generated nearly $US5 billion in earnings this quarter, reflecting the diversity of our business model, our industry-leading market position and digital capabilities, and our adherence to responsible growth,” Bank of America CEO and chairman Brian Moynihan said.

Given the bank’s vast deposit rate, analysts have long considered Bank of America as being most vulnerable to changes in interest rates.

The Federal Reserve, which has injected trillions of dollars into the financial system, has cut US interest rates to near zero and has said it has no plans to raise them until at least 2023, as the economy continues to recover.

The bank’s net interest income fell 17% year on year in the third quarter to $US10.1 billion, because of lower interest rates.

Net income at its consumer banking division fell to $US2.1 billion from $US3.3 billion last year, but Moynihan was upbeat. Over the third quarter of the year, many consumers were still drawing down on savings built up during lockdowns over the spring, or had supplemental income in the form of government-backed payments.

“Our consumer business earned $US2.1 billion, as asset quality remained sound and spending rebounded,” he said.

The bank set aside $US1.4 billion to cover for credit losses in the third quarter, up from $US0.8 billion last year, but below the $US5.1 billion it put aside in the second quarter.

The rally in the stock, bond and commodity markets from late March onwards helped the bank’s trading division. Total revenue from the global markets division rose by 11% year on year to $US4.40 billion, with revenue from its equity division rising 6% to $US1.2 billion, while its fixed-income activities brought in a total of $US2.1 billion, a rise of 3% over the previous year, the bank said.