Facebook threatened Badoo, a huge online flirting/dating Facebook app with “an audit and potential removal” if it didn’t make its app less viral, and it’s since lost 75% of its daily active users, Inside Facebook says.

Badoo gets users by spreading quizzes and social games on Facebook and eventually getting them to pay for stuff.

Sounds a bit scuzzy but teens enjoy doing that and it’s pretty popular. The problem is that to stay popular you have to be viral, and Badoo has plenty of features to keep itself spreading on Facebook, some more savory than others.

For example Badoo incites its users to share stuff with their friends by keeping the “share” checkbox pre-checked and tiny. Zynga does somewhat similar things, but Zynga happens to give Facebook hundreds of millions of dollars of revenue in advertising and credits every year.

Before the conspiracy angle gets too far, it’s worth pointing out that what Facebook did is probably better for the user experience of Facebook users. Many of Badoo’s users probably didn’t know they were sharing so much on Facebook, and apps that are too “viral” can create a bad experience for users who don’t want their friends sending them notifications all day.

But what’s kind of scary about this is the way Facebook proceeded, by threatening Badoo with an “audit” unless they implemented such or such a change. It sounds like: “That’s a really nice app you’ve got there. Would be a shame if… something happened to it.” Facebook is completely within its rights to do whatever it wants on its platform. But it’s a reminder never to depend on one platform too much.

A Hollywood firearms expert explains how guns are supposed to be... 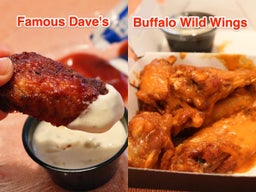 I tried chicken wings from 4 restaurant chains, and the best...