The staff at Murray McMurray Hatchery is exhausted.

The family-run business, based in Webster City, Iowa, sells rare chicken breeds, mostly to backyard farmers who raise them for eggs or to compete in shows.

Since the pandemic started, sales have doubled.

Even with six people manning the lines, the phones ring off the hook from 7 am to 6 at night, owner Tom Watkins says. He estimates his staff has taken an entire year’s worth of orders in just the past two months.

“They want what they want right now,” Watkins told Insider, “and at this point, it’s probably too late.”

The hatchery is sold out of chicks, he said, and will probably remain that way through at least August.

And it’s not just Murray McMurray. Hatcheries across the country have sold out in the wake of runaway demand, according to Mark Pogwaite, president of the American Poultry Association.Google searches for “chicken coops” have soared since March,according to People, and options continue to sell out online.

“It’s huge, from what I can see,” Pogwaite said of demand. “The feed stores can’t keep chicks in, the catalogues can’t keep up. It was like overnight, as soon as COVID-19 hit.”

Sales at hatcheries often spike when there’s economic uncertainty or rising food prices. “When people are insecure about their financial future, they go back to the agrarian part of life,” Watkins said.

What’s different this time, he added, is the number of first-time customers.

Watkins is doing his best to educate new buyers, but he and other breeders are worried that the boom in amateur chicken farmers could lead to outbreaks of dangerous poultry diseases.

If a virus spread to a commercial farm, it could interrupt the already strained food chain and cost millions of dollars.

A backyard outbreak ‘could devastate the poultry industry’

In 2015, officials traced an outbreak of avian influenza in Iowa to a small backyard farm. Stopping its spread cost nearly $US430 million and resulted in the destruction of 34 million birds across 77 farms, according to the Iowa Farm Bureau.

The outbreak also cost the nation’s largest egg-producing state nearly 8,500 jobs, and raised the prices of eggs and poultry for consumers nationwide for the next three years.

Another deadly poultry disease, Virulent Newcastle, has stubbornly resisted containment in Southern California for the past two years. It’s found its way into backyard coops, too, making tracking and eradicating it especially difficult.

Commercial farms are inspected by the USDA and local public safety agencies. Authorities can detect outbreaks and react swiftly, ordering the destruction of infected birds and the monitoring of nearby farms.

But the government doesn’t keep track of backyard chicken coops.

They represent a “leaky channel” by which contagion can spread undetected, according to Alan Rudolph, a biological researcher at Colorado State University.

And residential chicken farmers are less likely to maintain strict contamination protocols or check their birds for diseases, Rudolph said.

They might not even know what symptoms to look for. And that can be a real problem.

An outbreak in someone’s personal coop spreading to a major commercial farm “could devastate the poultry industry,” according to Brent Credille, a professor at the University of Georgia’s College of Veterinary Medicine.

And there’s always the risk that an animal virus could mutate and infect humans. That’s what happened with avian flu and, experts believe, the novel coronavirus.

Infected birds “are essentially virus factories while they are alive,” Julie Gauthier, a poultry expert at the USDA’s Animal and Plant Health Inspection Service, told Insider.

“They’re producing lots of virus and spreading it to other birds, the neighbours, and any other farms,” she said.

The California Department of Food and Agriculture believes Newcastle has continued in Southern California because backyard farmers are ignoring orders to kill infected birds and stop buying new ones.

“California teaches us that there can be a high enough density of backyard livestock that they can present hotspots that can lead to greater transmissibility,” Rudolph said.

The threat to humans

While the greatest risk is to other chickens, poultry can carry diseases that affect humans, too – such as campylobacteriosis, E.Coli, and listeria.

On May 20, the CDC announced that it was investigating a 28-state outbreak of salmonella tied to backyard fowl.

Almost 100 people have been infected, according to the Centres for Disease Control and Prevention, including 17 who required hospitalisation. A third of those who got sick are children under 5, CNN reported.

Salmonella bacteria are often transmitted through tainted food, but experts believe this outbreak was spread through humans who failed to take adequate precautions with infected chickens and ducks. The CDC had to issue guidelines warning owners to stop nuzzling or kissing their chicks.

“It’s important that we consider the human health risks of bringing chickens home,” Gauthier said. “We need to realise that salmonella and chickens go together.”

Credille recommends poultry hobbyists reach out to experienced farmers for help. Commercial farmers should welcome their interest, he said.

“It’s something we need to embrace – to not be their enemy but be their friend,” Credille said. “If they’re interested in this and go in with their eyes wide open, it can be quite a successful venture and very rewarding.”

“Whether we help them or not, my guess is they’re going to do it anyway,” he added. 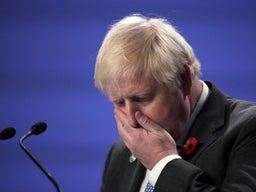