There was a version of 'Avengers: Infinity War' that showed Doctor Strange in an Iron Man suit with Tony Stark

MarvelBenedict Cumberbatch wore an Iron Man suit in a behind-the-scenes photo from the making of ‘Infinity War.’

It’s been two years since “Avengers: Infinity War” was released and we’re still learning new things about the making of the film.

Sunday, screenwriters Christopher Markus and Stephen McFeely hosted a watch party of the movie with Comicbook.com on Twitter revealing behind-the-scenes tidbits about the making of the 2018 hit.

It turns out Doctor Strange (Benedict Cumberbatch) nearly wore an Iron Man suit in an alternate scene from the movie. McFeely shared a never-before-seen behind-the-scenes photo showing Cumberbatch in a partial suit via Comicbook.com’s Twitter account.

So, there were other versions of this rescue. Some were just too awesome (and long) to keep. But still, one can dream… #Infinitywar #QuarantineWatchParty -SM pic.twitter.com/ZToVfWpnHg 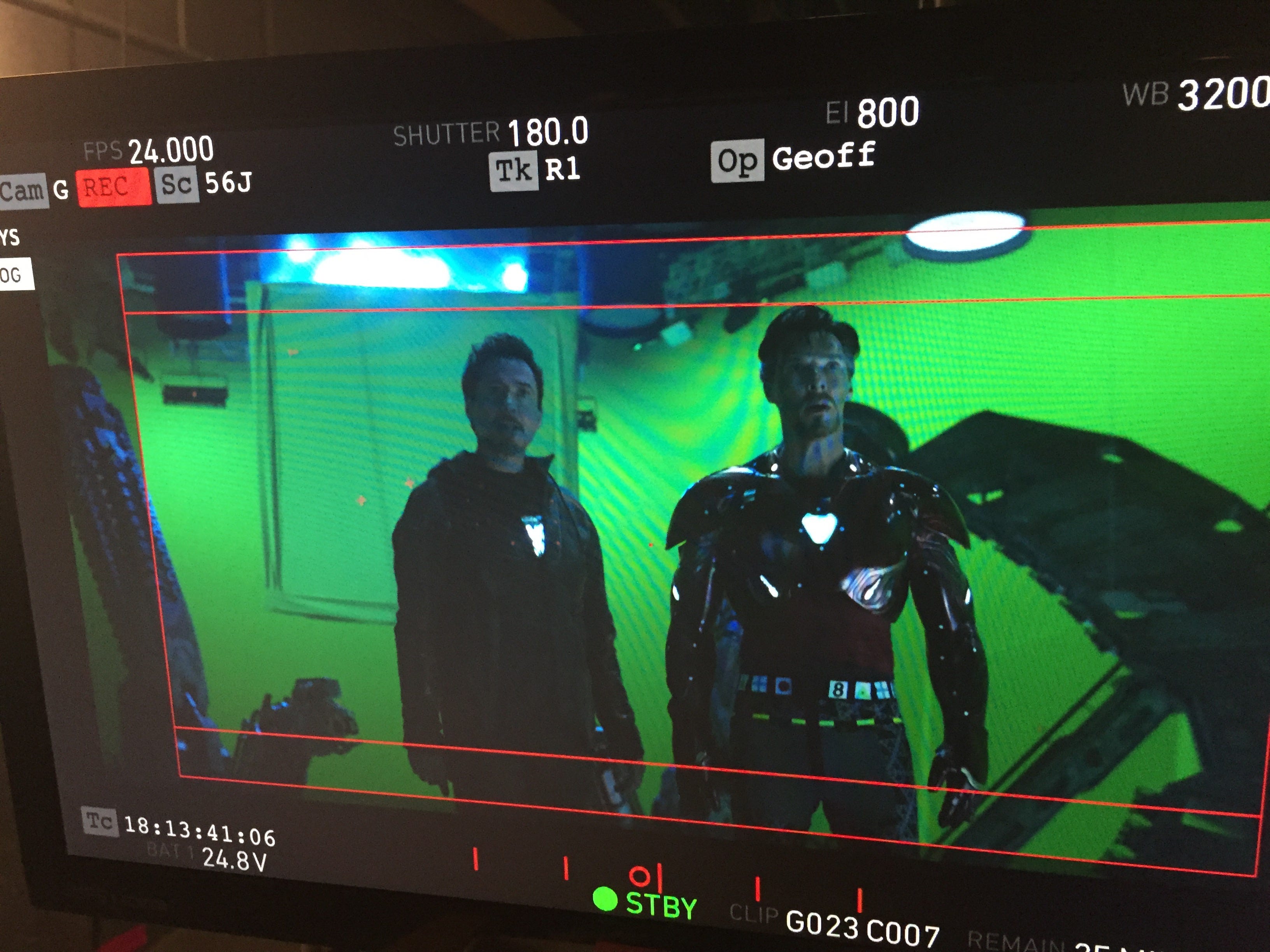 Stephen McFeely via Comicbook.comWhat do you think of Cumberbatch’s alternate look in ‘Infinity War’?

According to McFeely, Doctor Strange would have worn an Iron Man suit in an alternate version of the rescue scene when Peter Parker and Tony Stark save Strange from Ebony Maw in space.

It was one of a few alternate scenes that were “too awesome (and long)” to keep in the final film.

McFeely and Markus jokingly referred to the image of Cumberbatch as Iron Strange.

The final version of the film shows Peter and Tony teaming up to save Strange from Ebony Maw by using a tactic from the movie “Aliens.” A hole is blown in the ship to send Maw into space, instantly killing him.

It wouldn’t be the first time the characters swapped looks. Robert Downey Jr. was previously seen wearing Strange’s famous cloak on set of the film behind the scenes. 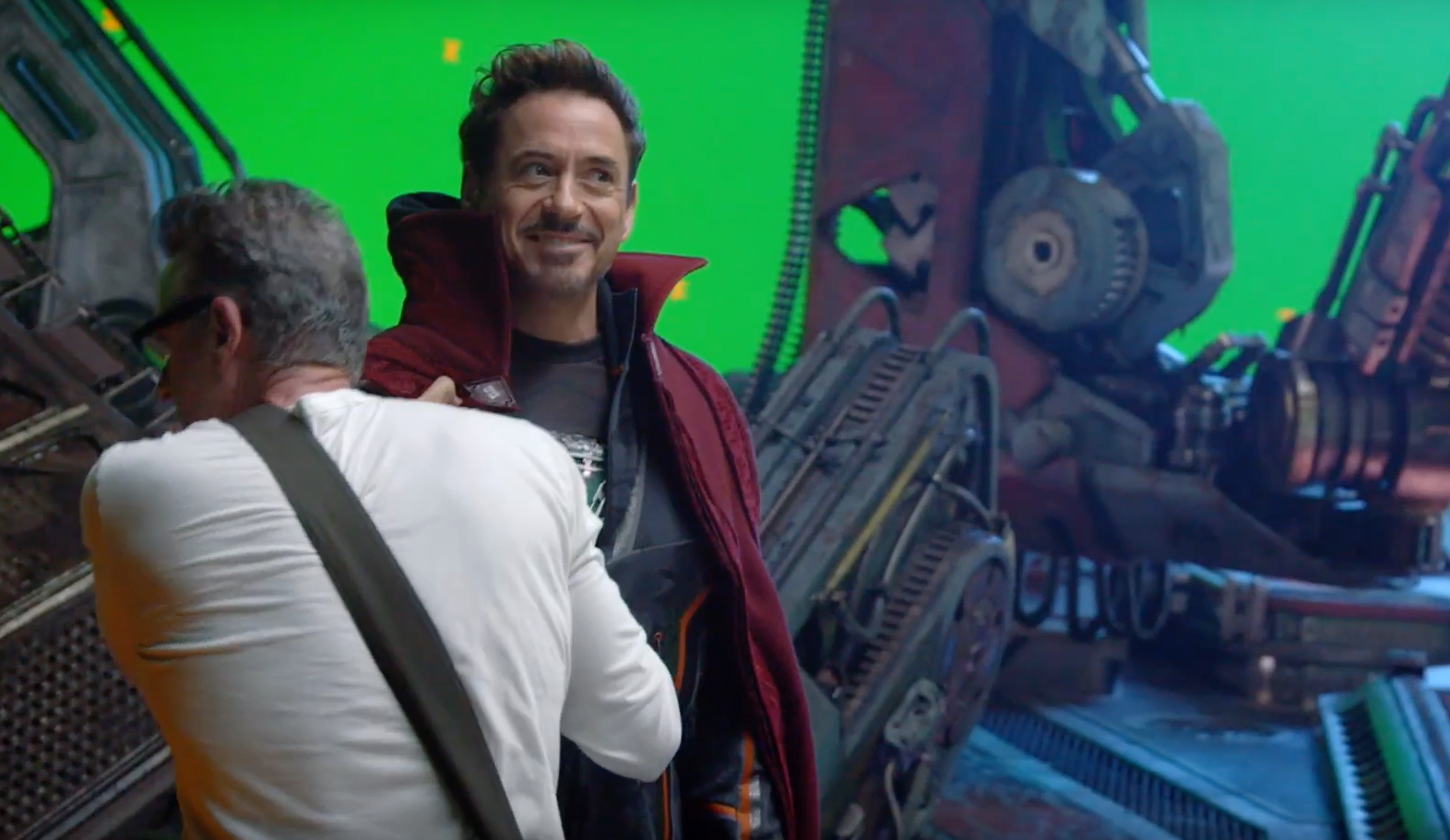 MarvelWhat did this mean? Probably nothing. It just looks cool.

Since March, Comicbook.com’s Brandon Davis has been hosting “Quarantine Watch Parties” of films ranging from “Birds of Prey” and “Shazam” to “Guardians of the Galaxy” as a way to spread some joy as people are staying at home. The idea is that everyone presses play on a movie at the same time and then tweets along using #QuarantineWatchParty and a hashtag for the movie.

Directors and stars from James Gunn, Chris Pratt, and Scott Derrickson have joined in to share behind-the-scenes info and photos with fans on scenes.

Markus and McFeely will be back Monday night at 7 p.m. ET along with directors Anthony and Joe Russo live-tweeting along to “Avengers: Endgame” to celebrate the one-year anniversary of the film’s release. All you need to join along is start your stream or copy of the movie at the same time.