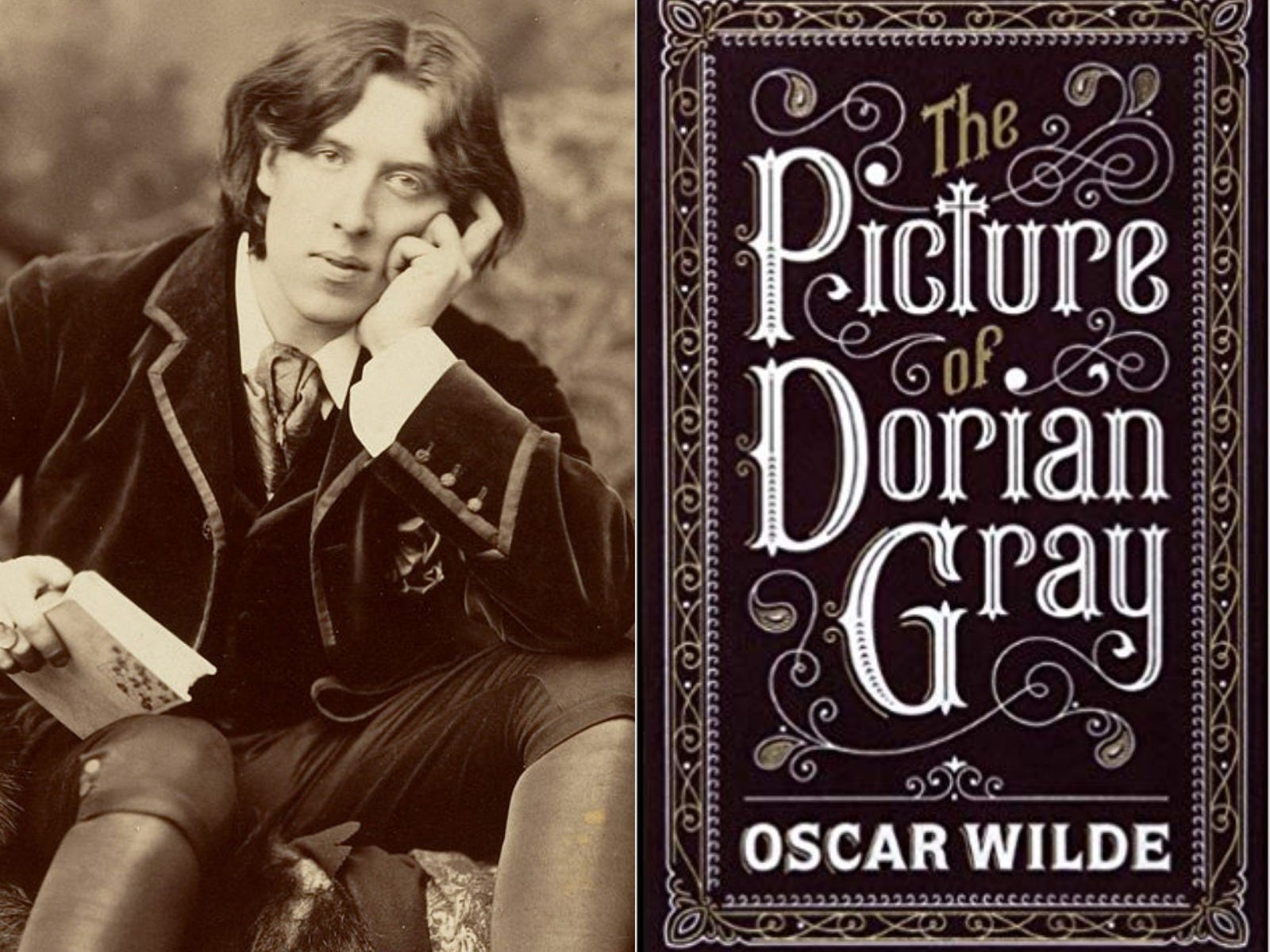 Wikipedia and AmazonOscar Wilde’s sole novel was ‘The Picture of Dorian Grey.’

For every author that churns out dozens of books, like Stephen King or Jodi Picoult, there are those who have one great idea, and are never published again.

Sometimes, an author’s life is cut short before they get the chance to write another novel. Others are perfectionists who are never satisfied enough with their writing to put it out into the world again.

From Oscar Wilde to Margaret Mitchell, here are 12 authors who can only be described as literary one-hit wonders.

Emily Brontë died in 1848, just one year after writing her one and only novel, “Wuthering Heights.” The Brontë sisters all met untimely deaths, and Emily was no different. She died due to tuberculosis at age 30, but not before publishing “Wuthering Heights,” a classic piece of English literature about two star-crossed lovers, Catherine and Heathcliff, that spans generations.

Anna Sewell’s only novel, “Black Beauty” was completed just one year before she died. 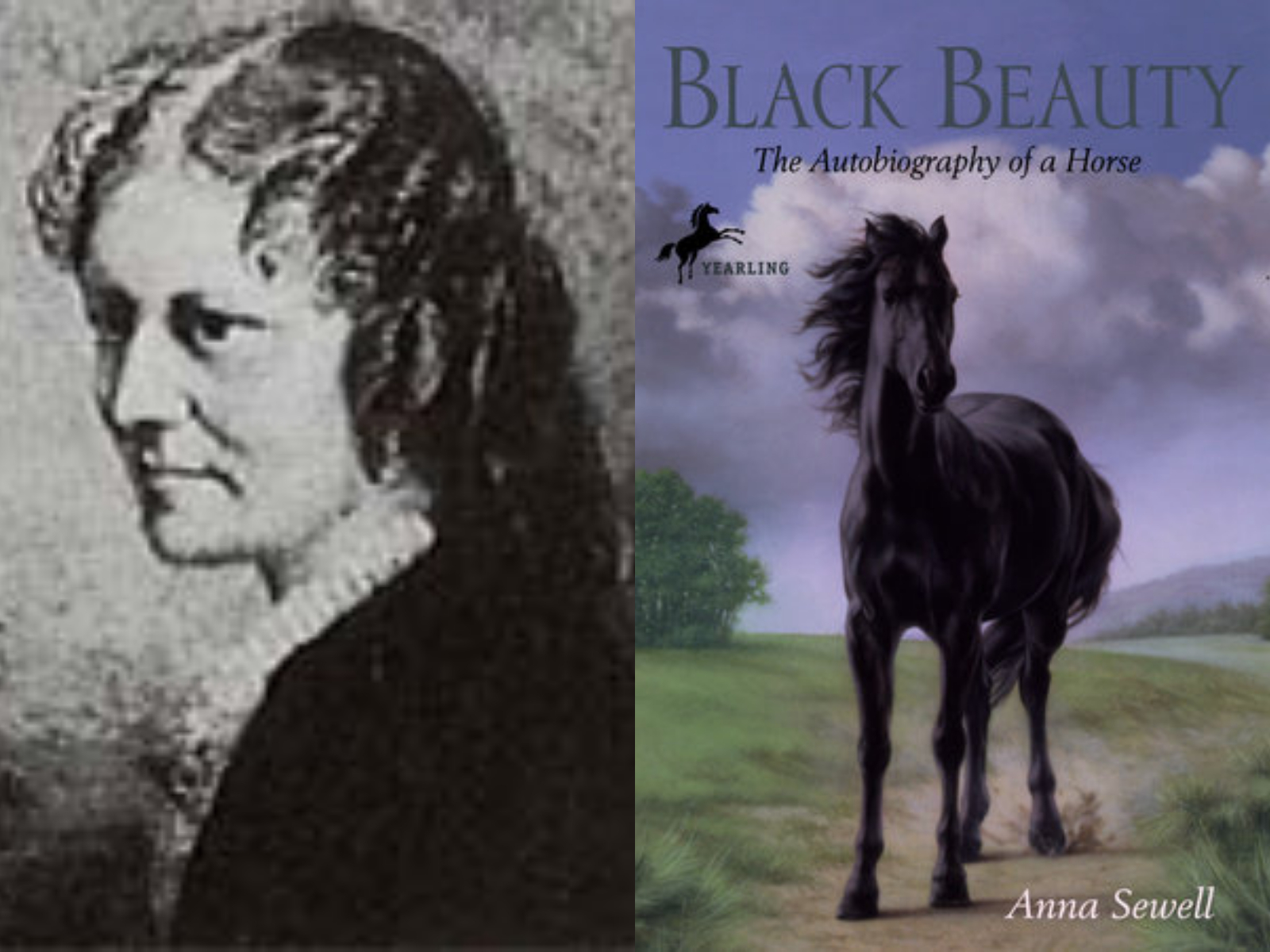 “Black Beauty” is a story told by a horse named Black Beauty, detailing how he goes from living on an idyllic English farm to pulling cabs in London. It was published in 1877, and has become one of the best-selling children’s books of all time.

“Black Beauty” was published when Sewell was 58 years old – not much is known about her career or life before then. Sadly, Sewell died only five months after its publication.

Oscar Wilde wrote many plays, short stories, and poems — but only one novel, “The Picture of Dorian Grey.” 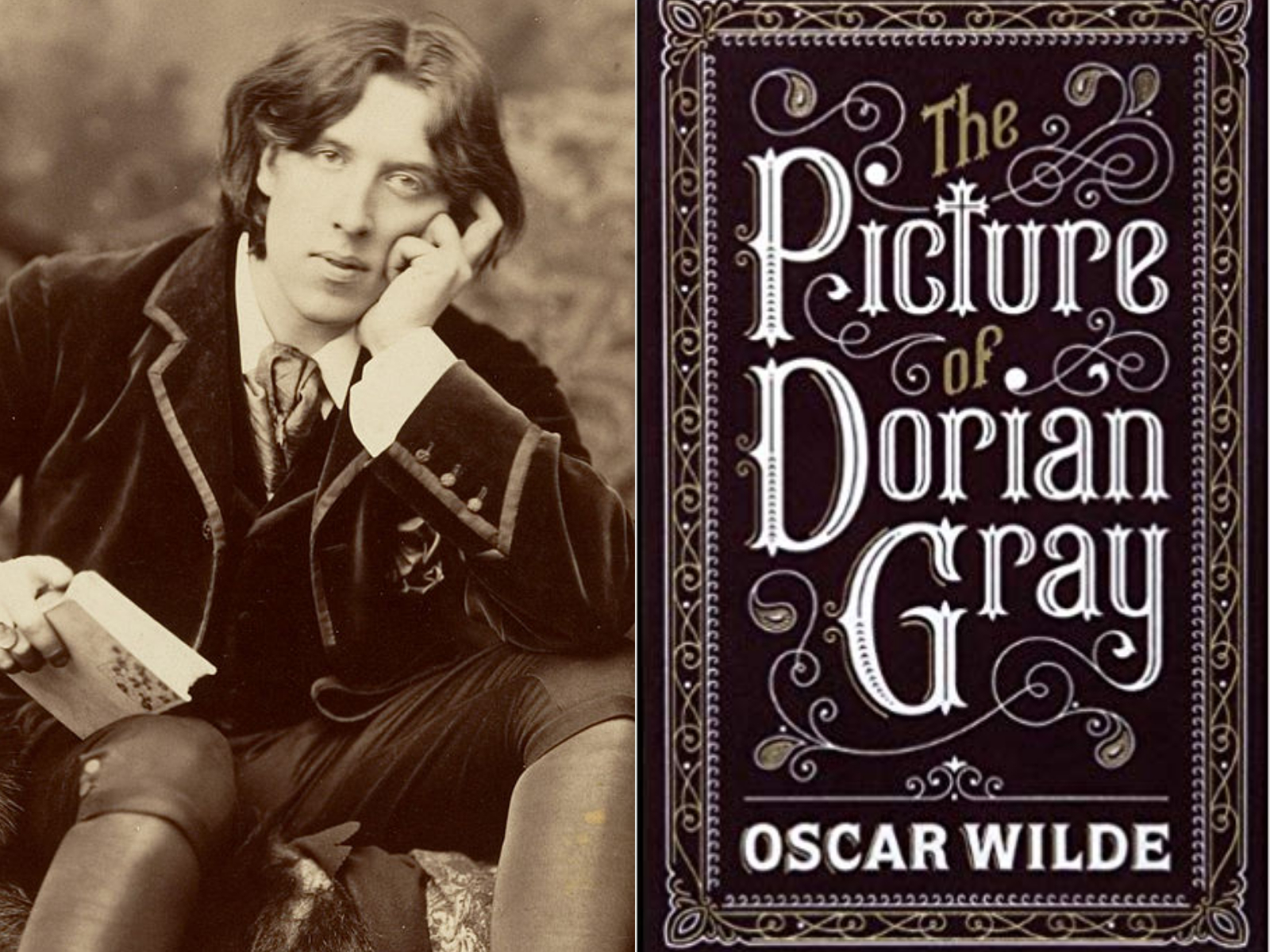 Public domain and AmazonWilde and ‘The Picture of Dorian Grey.’

There’s no shortage of words written by Wilde, who became an accomplished playwright and poet during his 46 years. But he only ever published one novel, “The Picture of Dorian Grey” in in 1890.

“Dorian Grey,” an exploration of morality through the eyes of a vain man, was controversial at the time – and still is – for its homosexual themes. Wilde was eventually convicted for his “crimes” of sodomy and gross indecency in 1895. He died five years later.

Margaret Mitchell only published “Gone with the Wind” during her lifetime. 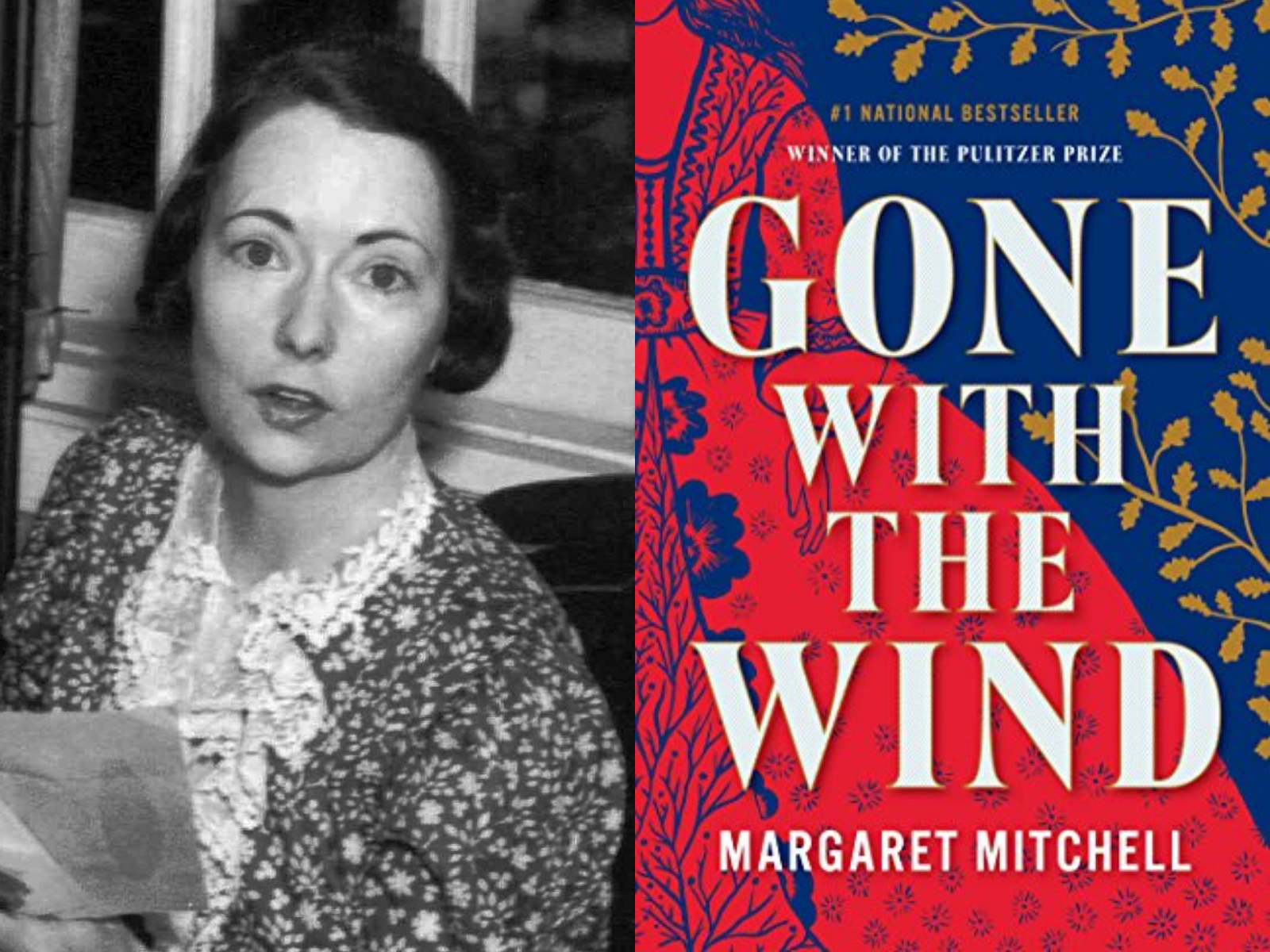 AP Images and AmazonMitchell and ‘Gone with the Wind.’

“Gone with the Wind” tells the story of Scarlett O’Hara, a young Southern woman living in the time of the Civil War, and later Reconstruction. It was published in 1936, and won the Pulitzer Prize for Fiction the next year. It was made into a movie in 1939 – when adjusted for inflation, it’s still the highest-grossing movie of all time.

However, the book and the film haven’t aged well, due to racist language, stereotypical characters, and its romanticization of the Antebellum South and slavery – Mitchell chose to ignore the horrors of slavery for her own narrative. In a 1936 interview, she said of her upbringing: “In fact, I heard everything in the world except that the Confederates lost the war. When I was 10 years old, it was a violent shock to learn that General Lee had been defeated. I didn’t believe it when I first heard it and I was indignant. I still find it hard to believe, so strong are childhood impressions.”

Mitchell wrote the story while she was recovering from an ankle injury. She died in 1949, after getting struck by a drunk driver. In 1996, 47 years after her death, a manuscript was discovered. It was published as “Lost Laysen,” a novella set in the South Pacific.

“Lost Laysen” was found handwritten in two notebooks by the son of one of Mitchell’s ex-boyfriends, who discovered it while he was going through his father’s correspondence with Mitchell – he had planned on donating the letters to a museum.

Ross Lockridge Jr. wrote one novel in his short life, “Raintree County.” Some consider it to be the Great American Novel. 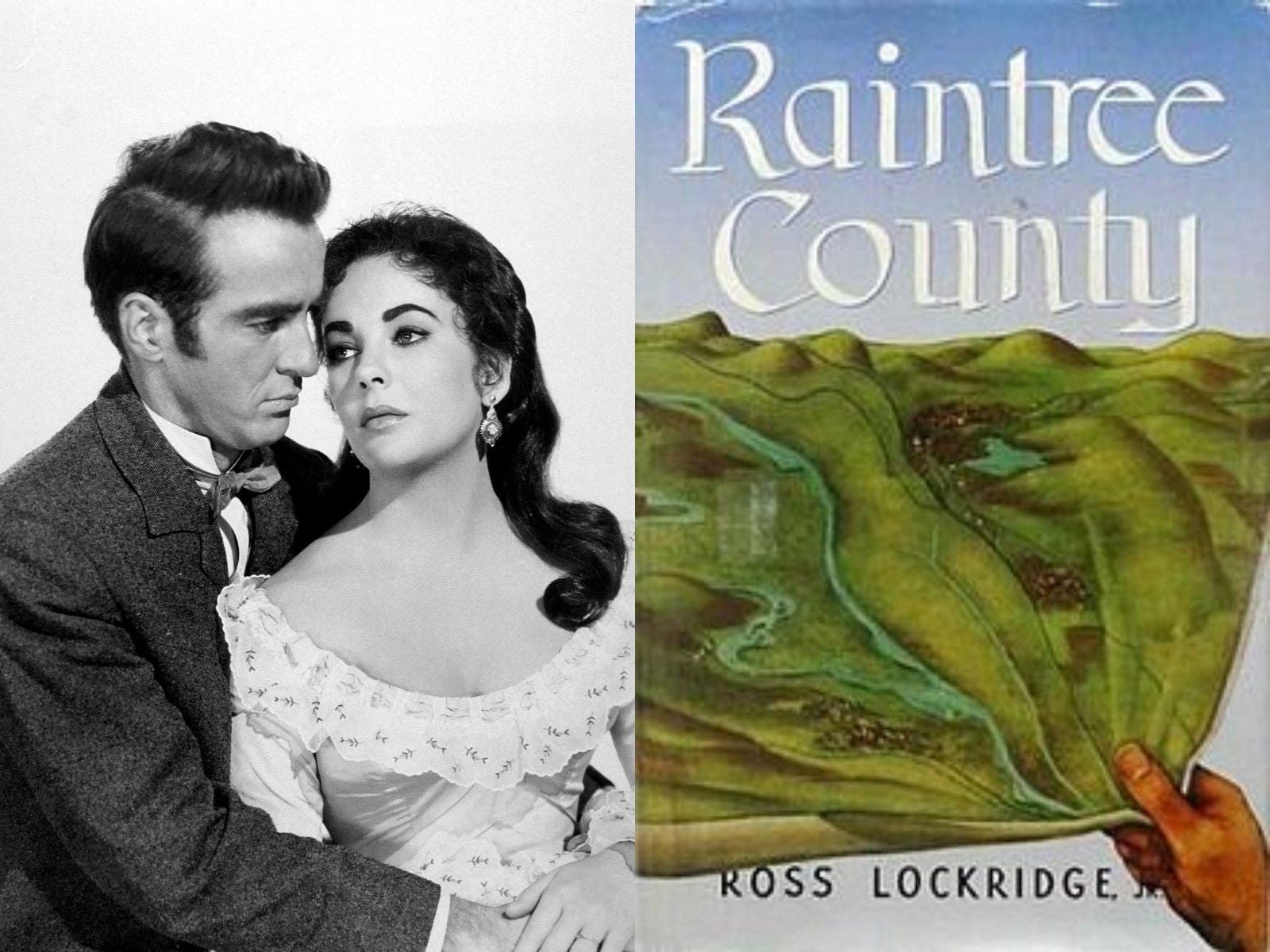 Apic/Getty Images and AmazonMontgomery Clift and Elizabeth Taylor in the movie adaptation, and ‘Raintree County.’

Lockridge’s Civil War epic “Raintree County” spans 1,000 pages and decades, from pre-Civil War to the Labour Movement of the 1920s, all told through the eyes of John “Johnny” Shawnessy. It follows him through the war as a soldier, through his career as a teacher, unsuccessful politician, and playwright, and through multiple romantic relationships.

It was published in 1948, when Lockridge was 33 years old. As the book’s popularity grew and his star began to rise, Lockridge began struggling with his mental health. He died by suicide in March 1948, a month after The Atlantic called the book, “the Great American Novel every newspaperman dreams of writing.”

JD Salinger wrote multiple novellas and short stories, but “Catcher in the Rye” was his only novel. Salinger’s only novel, “Catcher in the Rye,” is about Holden Caulfield, a high school student dealing with depression and growing pains. It was published in 1951 as his first stand-alone work – he had previously had multiple short stories published in magazines and journals.

“Three Early Stories” was published posthumously in 2014, and is a collection of three of his earliest short stories written in the ’40s.

Ralph Ellison’s only novel to be published in his lifetime was “Invisible Man.” He struggled to complete a second. 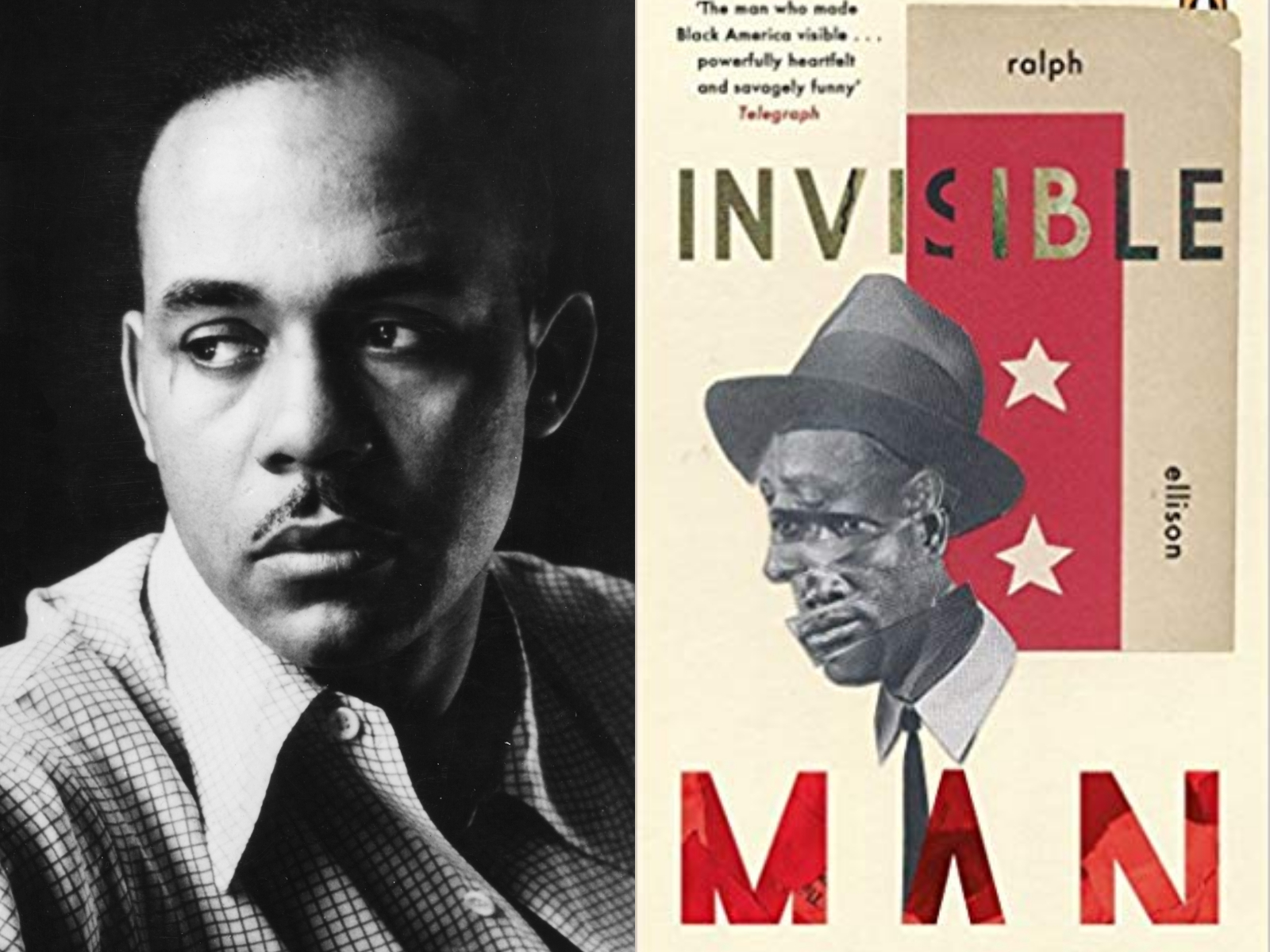 According to Amazon, the complex, decade-long plot of “Invisible Man” can be summed up as the story of a man “growing up in a black community in the South, attending a Negro college from which he is expelled, moving to New York and becoming the chief spokesman of the Harlem branch of ‘the Brotherhood,’ and retreating amid violence and confusion to the basement lair of the Invisible Man he imagines himself to be.”

It was published in 1952 – the only other work published in Ralph Ellison’s lifetime was “Shadow and Act,” a collection of short stories and essays. Ellison died in 1994.

After the publication of “Invisible Man,” Ellison spent the next 42 years writing a follow-up novel. While he is said to have written 2,000 pages by the time of his death, he was never able to turn them into a coherent novel. In 1999, a 368-page condensation of these pages was published called “Juneteenth.” A longer version called “Three Days Before the Shooting” was published in 2010. However, it’s impossible to say what the story would have been like if Ellison had been able to finish it himself.

For 55 years, Harper Lee’s only published novel was American classic, “To Kill a Mockingbird.” 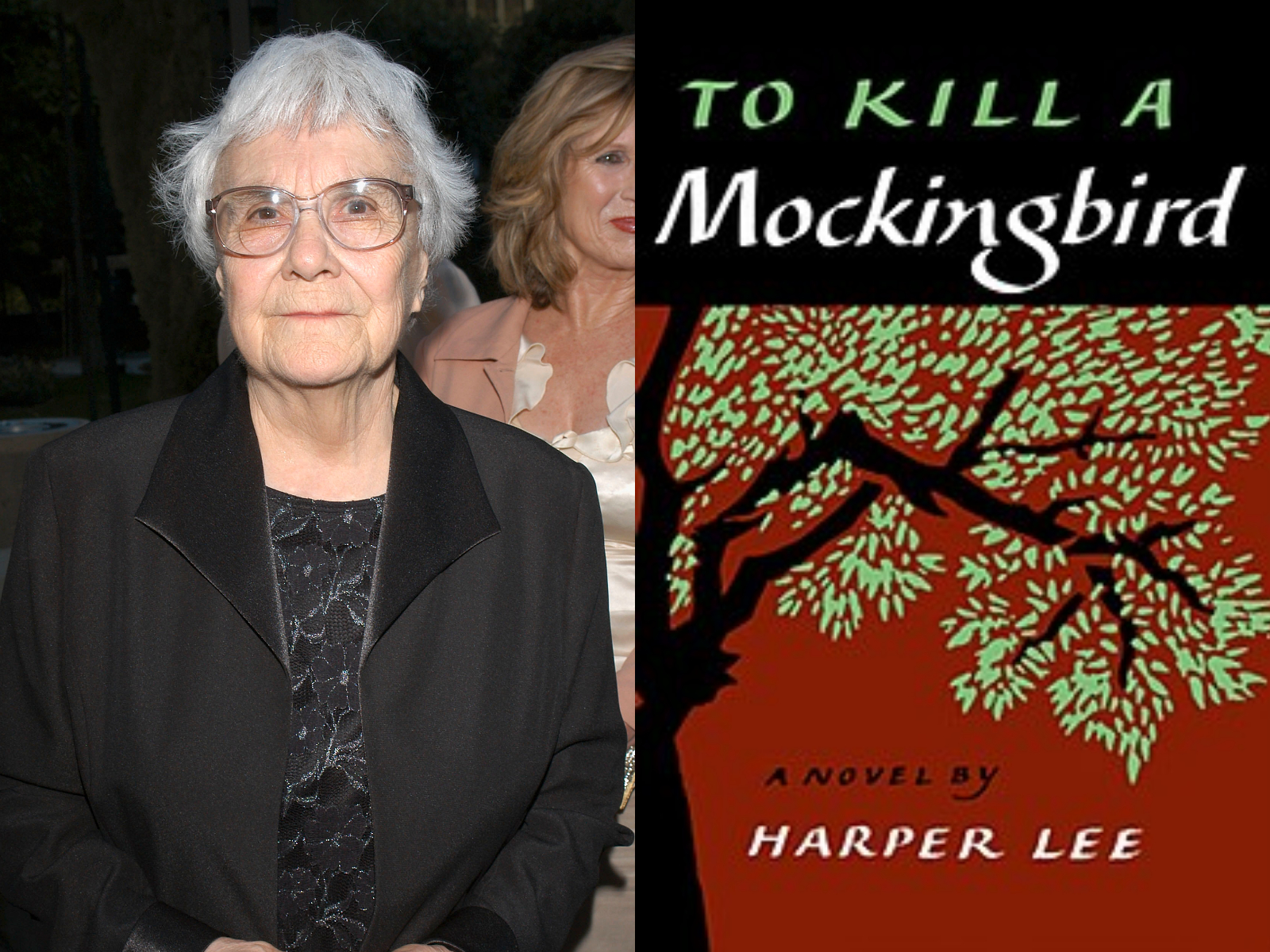 Stephen Shugerman/Getty Images and HarperCollinsLee and ‘To Kill a Mockingbird.’

“To Kill a Mockingbird,” a story about a family in the small town of Maycomb, Alabama, dealing with racism, loss of innocence, and classism, is one of the most beloved books in American history, and a literary classic.

It was published in 1960, when Harper Lee was 34. For decades,Lee adamantly refused publicity and didn’t publish another piece of work – which is why it was surprising when “Go Set a Watchman,” said to be its sequel, was published in 2015, and to mixed reviews at best.

“Watchman” has since been considered a first draft of “To Kill a Mockingbird,” thus keeping Lee a one-hit wonder.

Sylvia Plath wrote dozens, if not hundreds, of poems, but only published one novel, “The Bell Jar,” before dying by suicide. 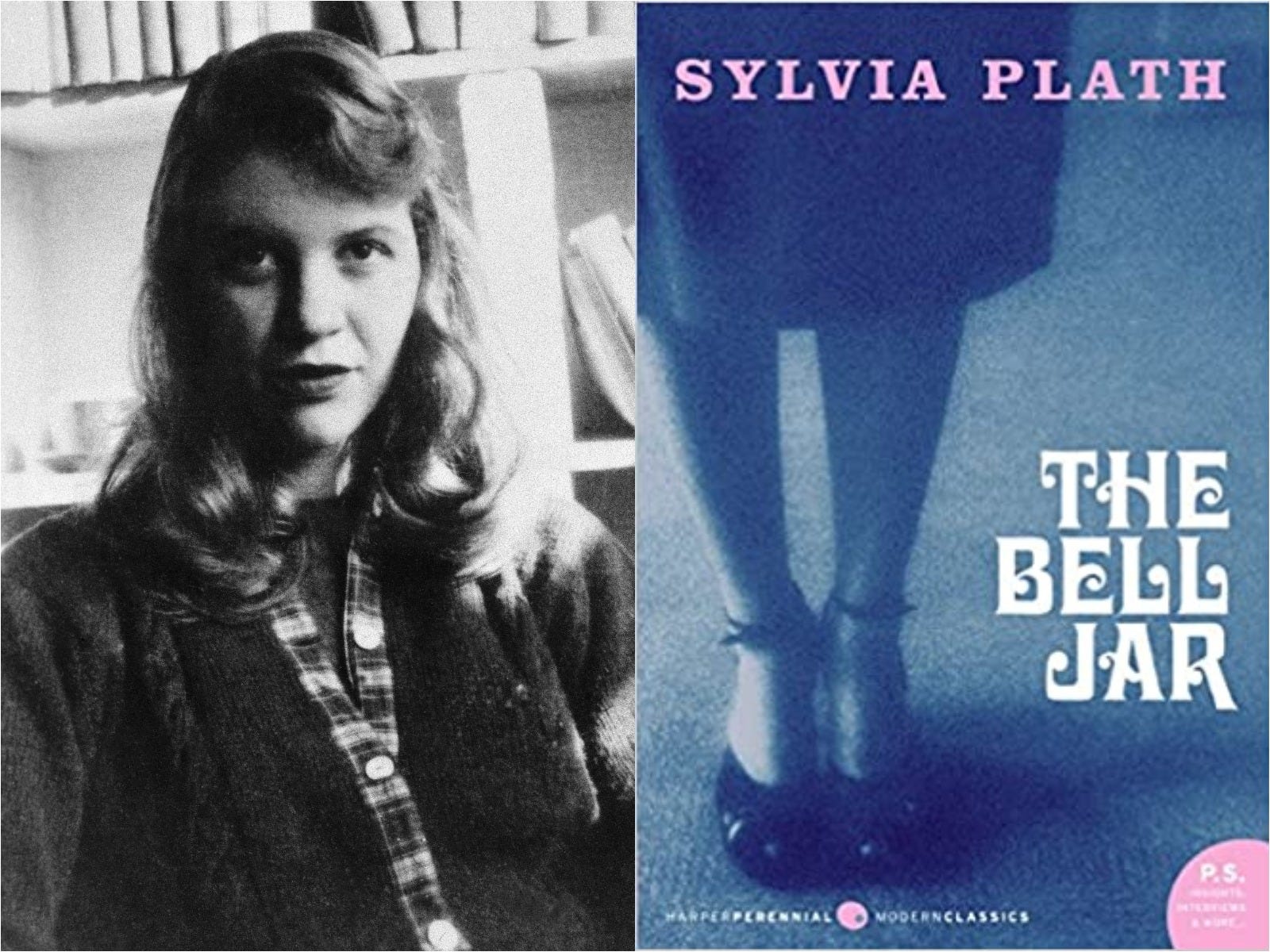 Bettmann/Getty Images and AmazonPlath and ‘The Bell Jar.’

Considered to be semi-autobiographical, the 1963 novel “The Bell Jar” is about a young woman living with depression, and struggling to find her place in the world. The story’s end is where real life and fiction tragically differ – while the protagonist of “The Bell Jar” goes to therapy and seeks help for her mental illness, Plath died by suicide at the age of 30.

Plath was rumoured to be working on a second novel at the time of her death, called “Double Exposure,” but the manuscript has been lost since 1970.

Arthur Golden completed “Memoirs of a Geisha” in 1997 and hasn’t written anything since. Vince Bucci/Getty Images and Penguin Random HouseGolden and ‘Memoirs of a Geisha.’

“Memoirs of a Geisha” is a historical fiction novel about a geisha living in mid-20th century Japan. It was published in 1997 as Arthur Golden’s first and only novel. It was a huge success, and even adapted by Steven Spielberg into a film in 2005.

Golden has been quiet in the 20 years since its release. In a 2013 interview, he confirmed he was writing another novel, but it’s yet to be released.

Netflix and AmazonLily James in the film and ‘The Guernsey Literary and Potato Peel Society.’

The novel was turned into a Netflix movie in 2018 starring Lily James and Michiel Huisman, a decade after it was published in 2008.

Before writing the novel, Shaffer worked as an editor, librarian, and in book stores, according to Penguin Random House. She first visited the British island of Guernsey in the ’70s, and decades later returned to the setting for her novel. Shaffer got ill, and asked her niece to help her edit and rewrite portions of the book before she died – and thus, her niece Annie Barrows is credited as a co-author.

The novel is about Juliet Ashton, a British author in the 1940s who is intrigued to learn about a a group called the Guernsey Literary and Potato Peel Society, which was formed as a cover during the German occupation of the island. As Juliet learns more about the group and its members, she grows closer with one member in particular.

Kathryn Stockett’s debut novel “The Help” remains her only novel, 11 years after its publication. Alexandra Wyman/Getty Images for Doha Film Institute and Penguin BooksStockett and ‘The Help.’

You might know “The Help” from its highly popular (and highly problematic) movie adaptation starring Jessica Chastain, Octavia Spencer, Emma Stone, and Viola Davis. It’s about 1960s Mississippi, racism, and how African-American maids were treated by their employers.

Stockett’s novel was published in 2009, five years after she began writing it. To date, it remains her only book, though she has said in interviews that she’s working on another.