12 books you should read while in quarantine, according to authors 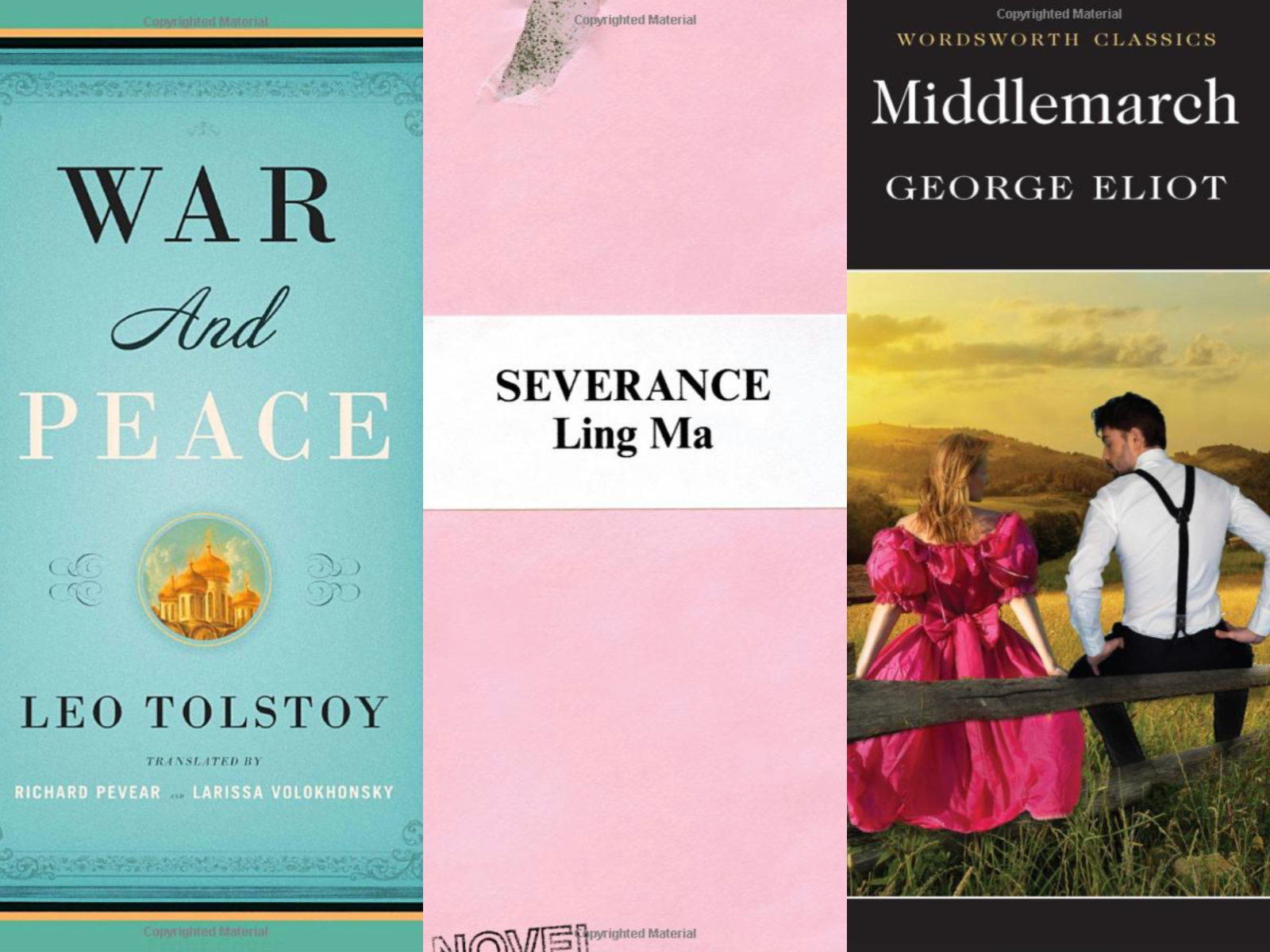 AmazonBooks to read while in isolation.

As self-isolation amid the coronavirus pandemic continues, people are looking for more and more ways to entertain themselves. The easiest way to do so is by escaping into a book.

While it may be difficult to know which one to choose, authors have been recommending books that are great to read right now. Some are dystopian novels that match the current mood of today, while others are escapist, and others are great pieces of literature.

Keep reading to see which books your favourite authors are recommending to read while in isolation.

Ann Patchett, the author of “The Dutch House,” recommends “Here For It” by R. Eric Thomas. 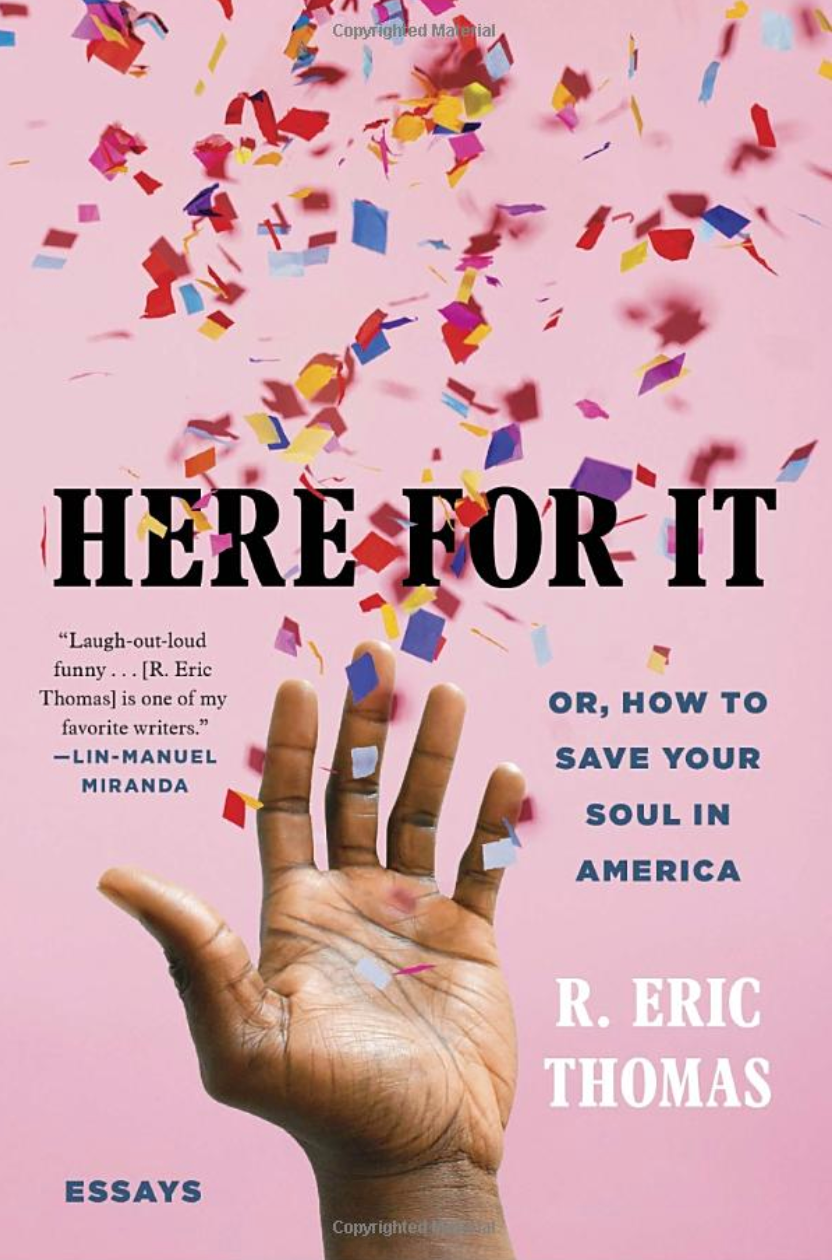 Amazon Synopsis: “From the creator of Elle’s ‘Eric Reads the News,’ a heartfelt and hilarious memoir-in-essays about growing up seeing the world differently, finding unexpected hope, and experiencing every awkward, extraordinary stumble along the way.”

“If you want something that’s just going to make you laugh your head off, go for R. Eric Thomas’ ‘Here for It,'” Patchett told PBS NewsHour. “It’s a book of essays. He writes for Elle, writes a lot of political things, but these are just really laugh-out-loud funny.” 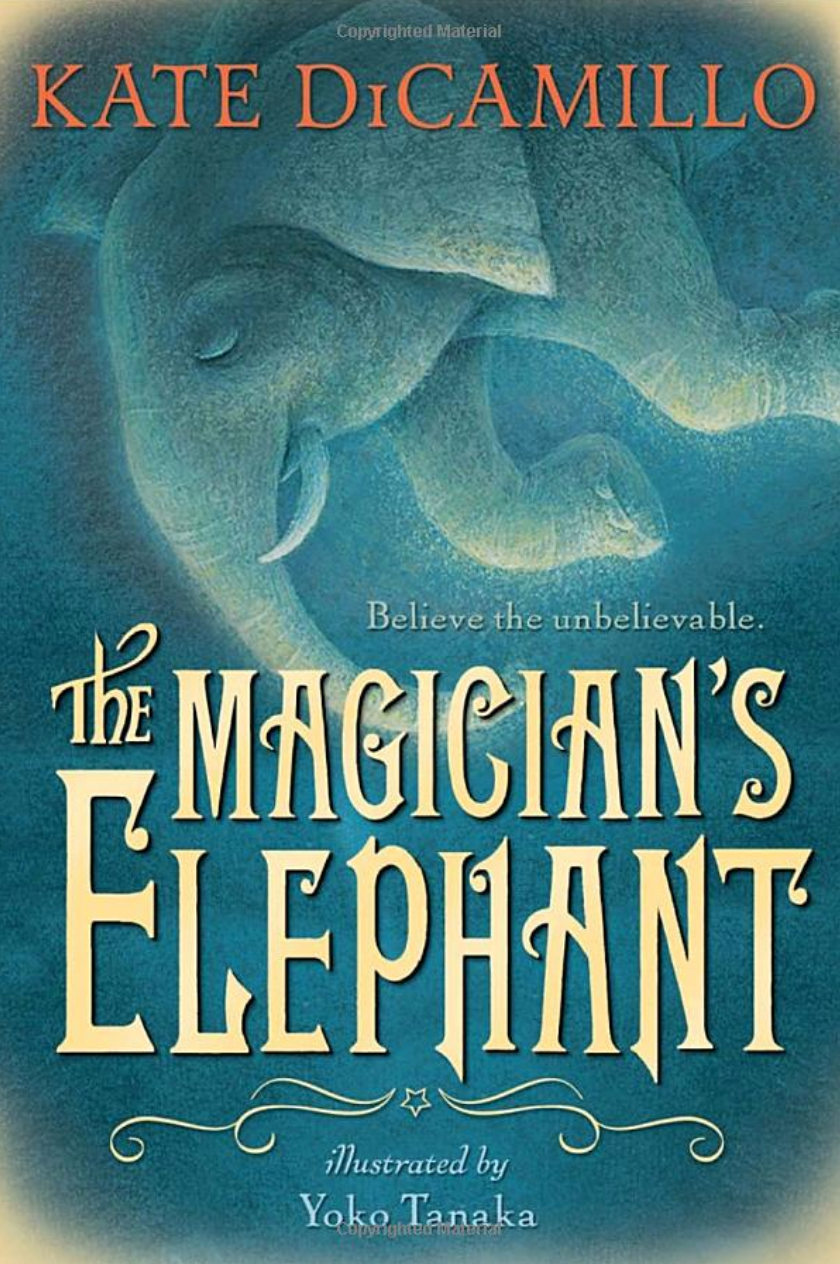 Amazon Synopsis: “When a fortuneteller’s tent appears in the market square of the city of Baltese, orphan Peter Augustus Duchene knows the questions that he needs to ask: Does his sister still live? And if so, how can he find her? The fortuneteller’s mysterious answer (an elephant! An elephant will lead him there!) sets off a chain of events so remarkable, so impossible, that you will hardly dare to believe it’s true.”

“If you feel overwhelmed by the idea of sitting down with a grown-up novel, it’s a great time to look at some fiction and nonfiction for younger readers,” Patchett told PBS NewsHour. “Kate DiCamillo novels are the best. My very favourite is ‘The Magician’s Elephant.’ She, of course, wrote, ‘Because of Winn-Dixie.’ But you can have a full experience with a novel and be finished with it in an hour and a half or two hours.”

She also said now is the perfect time to read a great piece of literature like Leo Tolstoy’s “War and Peace.” 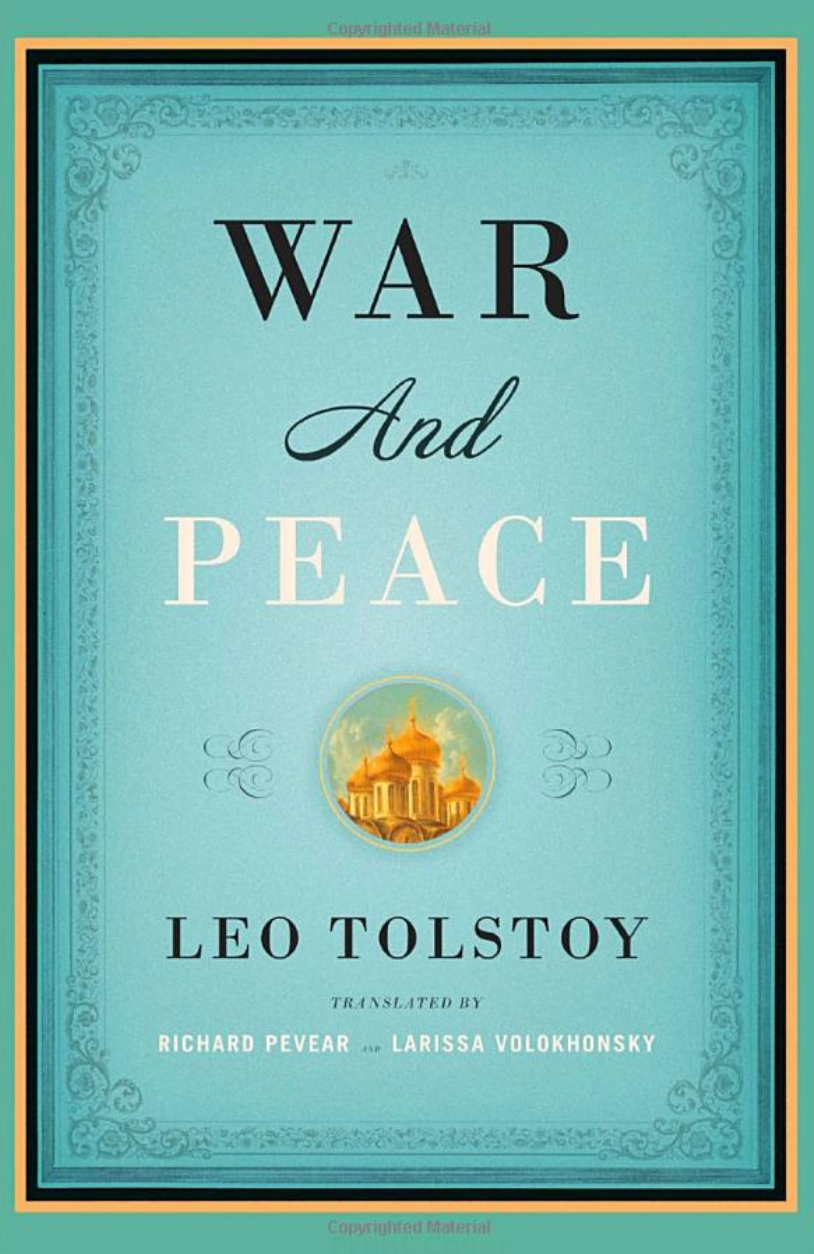 Amazon Synopsis: “‘War and Peace’broadly focuses on Napoleon’s invasion of Russia in 1812 and follows three of the most well-known characters in literature: Pierre Bezukhov, the illegitimate son of a count who is fighting for his inheritance and yearning for spiritual fulfillment; Prince Andrei Bolkonsky, who leaves his family behind to fight in the war against Napoleon; and Natasha Rostov, the beautiful young daughter of a nobleman who intrigues both men.”

“It sounds almost like a joke,” Patchett told PBS NewsHour, “except the brilliant novelist Yiyun Li has started a ‘War and Peace’ book club online. So it’s at A Public Space. You read 12 pages a day of ‘War and Peace’ in a whole community of readers. And the next thing you know, you have read the book and the pandemic is over and you have read ‘War and Peace,’ which is terrific.”

Jonathan Lethem, the author of “The Fortress of Solitude,” said he’ll be reading Uwe Johnson’s “Anniversaries” during isolation. 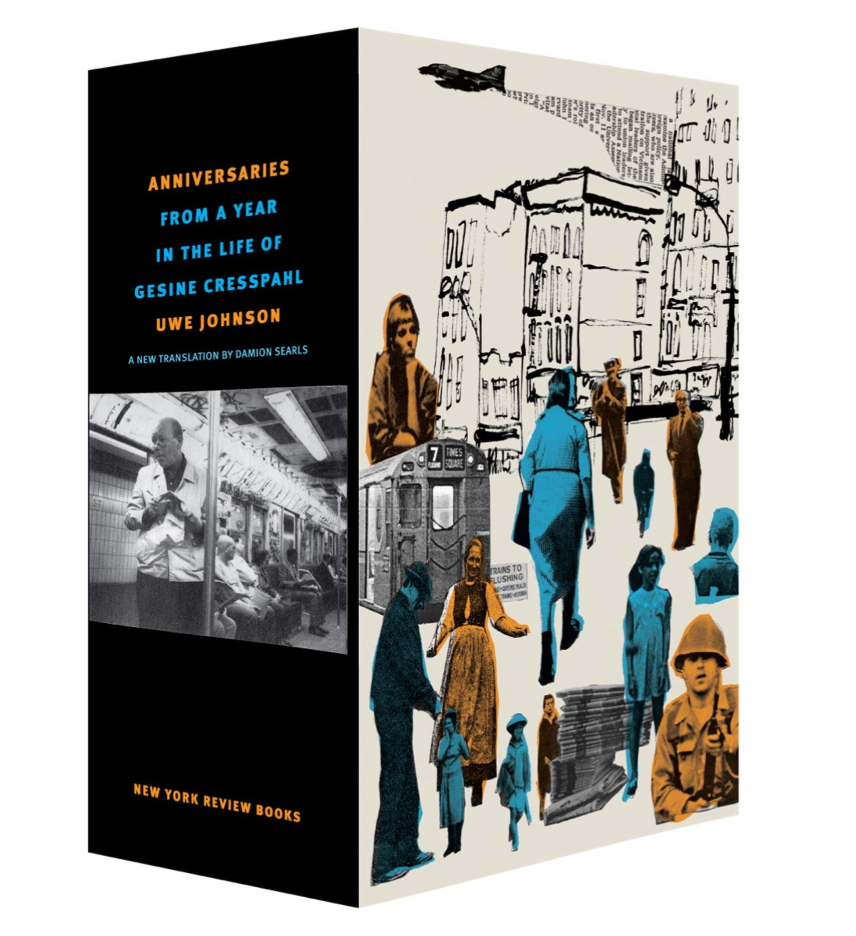 Amazon Synopsis: “Late in 1967, Uwe Johnson set out to write a book that would take the unusual form of a chapter for every day of the ongoing year. It would be the tale of Gesine Cresspahl, a thirty-four-year-old single mother who is a German émigré to Manhattan’s Upper West Side, and of her ten-year-old daughter, Marie-a story of work and school, of friends and lovers and the countless small encounters with neighbours and strangers that make up big-city life.”

“I’m going to give Uwe Johnson’s ‘Anniversaries’ a shot – the lavish NYRB two-volume box set has been staring at me for a year, bearing with it a strong personal recommendation from one of the more exacting readers I know – Luc Sante – and promising something like the immersion I’ve been craving since finishing Robert Musil’s ‘The Man Without Qualities,'” Lethem told the Los Angeles Times. “Why not now?”

Liz Lawson, the author of “The Lucky Ones,” recommends reading Samantha Irby’s book of essays, “We Are Never Meeting in Real Life.” 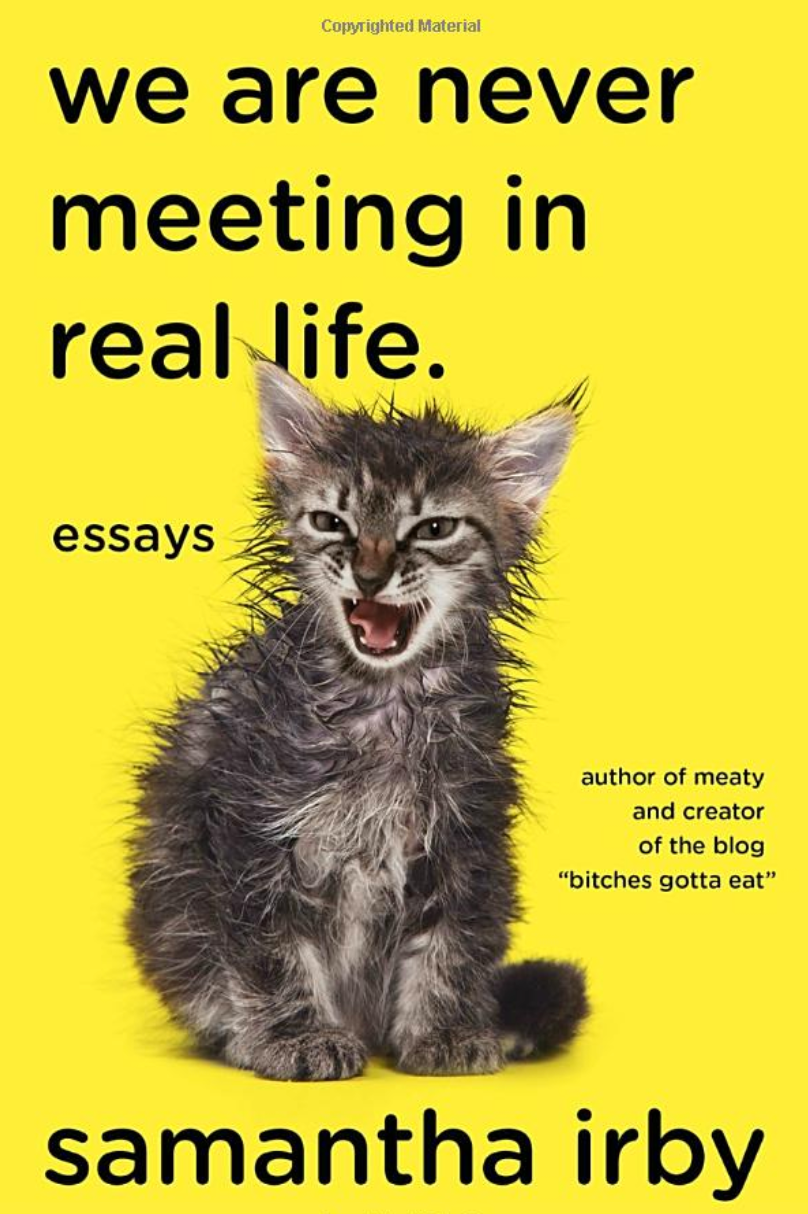 Amazon Synopsis: “Whether Samantha Irby is talking about how her difficult childhood has led to a problem in making ‘adult’ budgets; explaining why she should be the new Bachelorette (she’s ’35-ish, but could easily pass for 60-something’); detailing a disastrous pilgrimage-slash-romantic-vacation to Nashville to scatter her estranged father’s ashes; sharing awkward sexual encounters; or dispensing advice on how to navigate friendships with former drinking buddies who are now suburban mums (hang in there for the Costco loot!); she’s as deft at poking fun at the ghosts of her past self as she is at capturing powerful emotional truths.”

“In times like these, reading humour can provide some much-needed levity, and Irby’s essays do just that,” Lawson told Men’s Health. “They’re laugh-out-loud, relatable situations that people of any gender can relate to, and will take your mind off of the here and now.”

Laila Lalami, the author of “The Other Americans,” said she will most likely read George Eliot’s “Middlemarch” during this time of self-isolation. 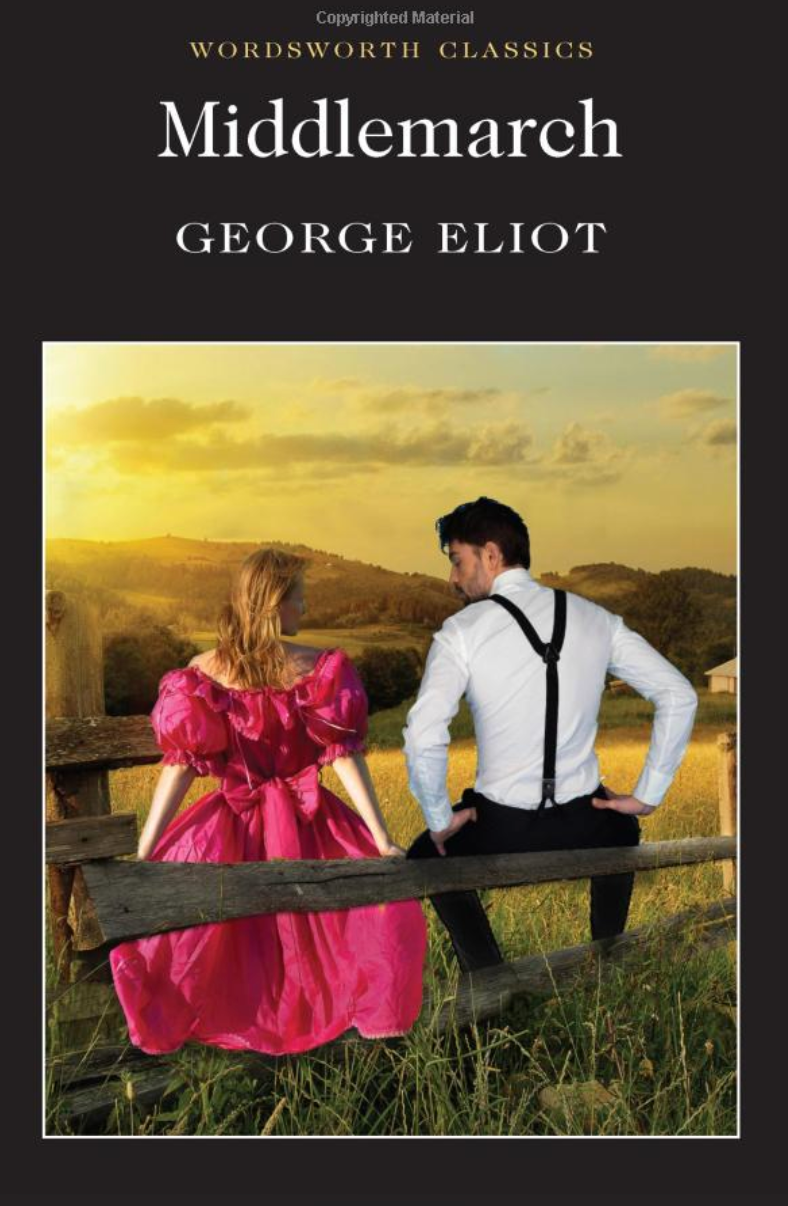 Amazon Sypnosis: “‘Middlemarch’ is a complex tale of idealism, disillusion, profligacy, loyalty and frustrated love. This penetrating analysis of the life of an English provincial town during the time of social unrest prior to the Reform Bill of 1832 is told through the lives of Dorothea Brooke and Dr. Tertius Lydgate and includes a host of other paradigm characters who illuminate the condition of English life in the mid-nineteenth century.”

“The book that has been on my bookshelves the longest is ‘Middlemarch,'” Lalami told the Los Angeles Times. “Now that we’re all facing weeks of self-isolation, I might finally have a chance to read it.”

Kristen Arnett is the author of “Mostly Dead Things,” and she recommends reading “Crime and Punishment” by Fyodor Dostoyevsky. 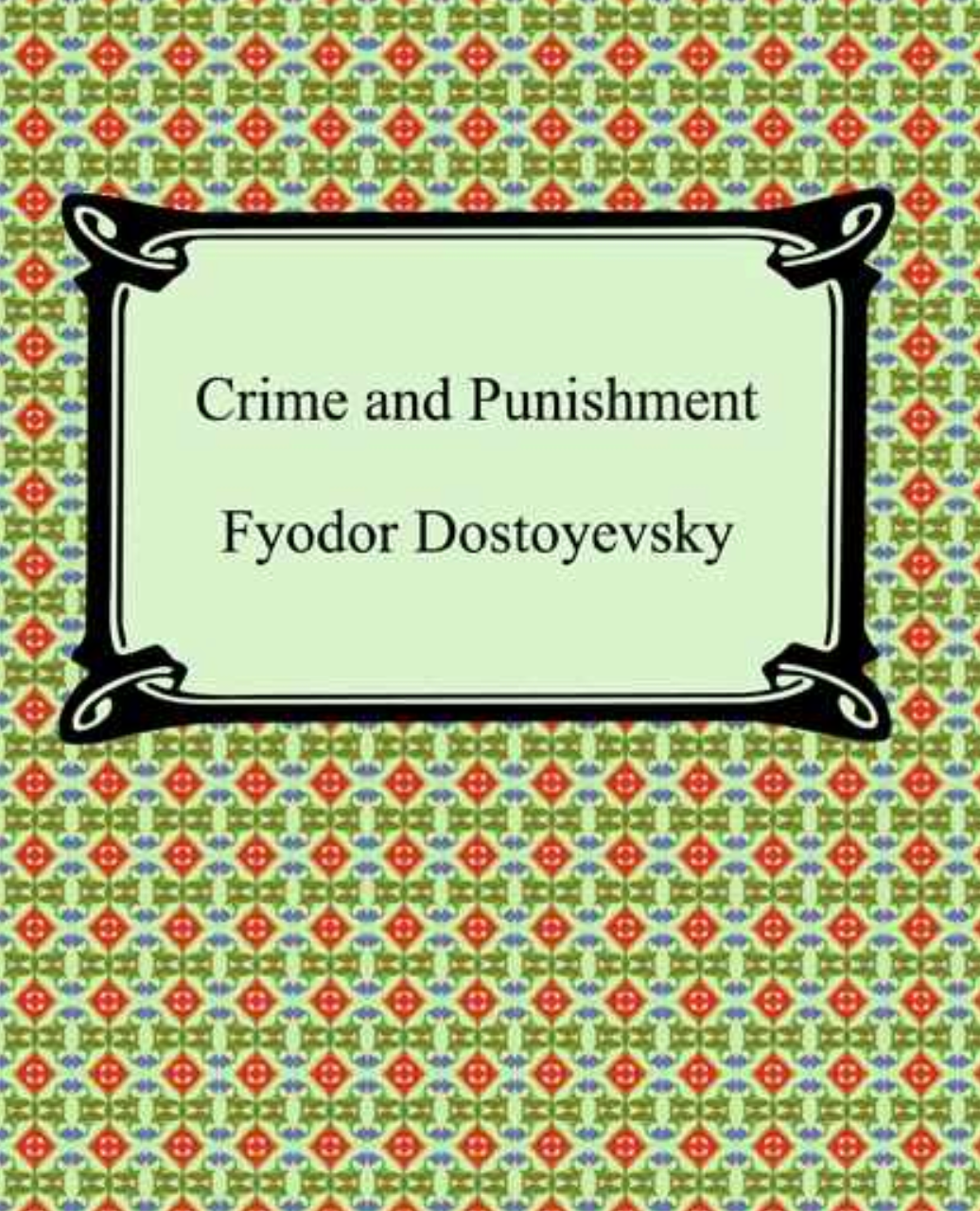 Amazon Sypnosis: “‘Crime and Punishment’ is the story of a brutal double murder and its aftermath. Raskolnikov, a poor student, kills a pawnbroker and her sister, and then has to face up to the moral consequences of his actions. The novel is compelling and rewarding, full of meaning and symbolism, and raises profound questions about the individual and society, and the nature of free will.”

“‘Crime and Punishment’ has been sitting, unread, on my bookshelf for basically my entire life,” Arnett told the Los Angeles Times. “It has followed me from home to home, from shelf to shelf, just sitting and collecting dust. I keep telling myself that I’m either going to read it or I’m gonna donate it to the library, but I never do. This book is, essentially, my own crime and punishment.” 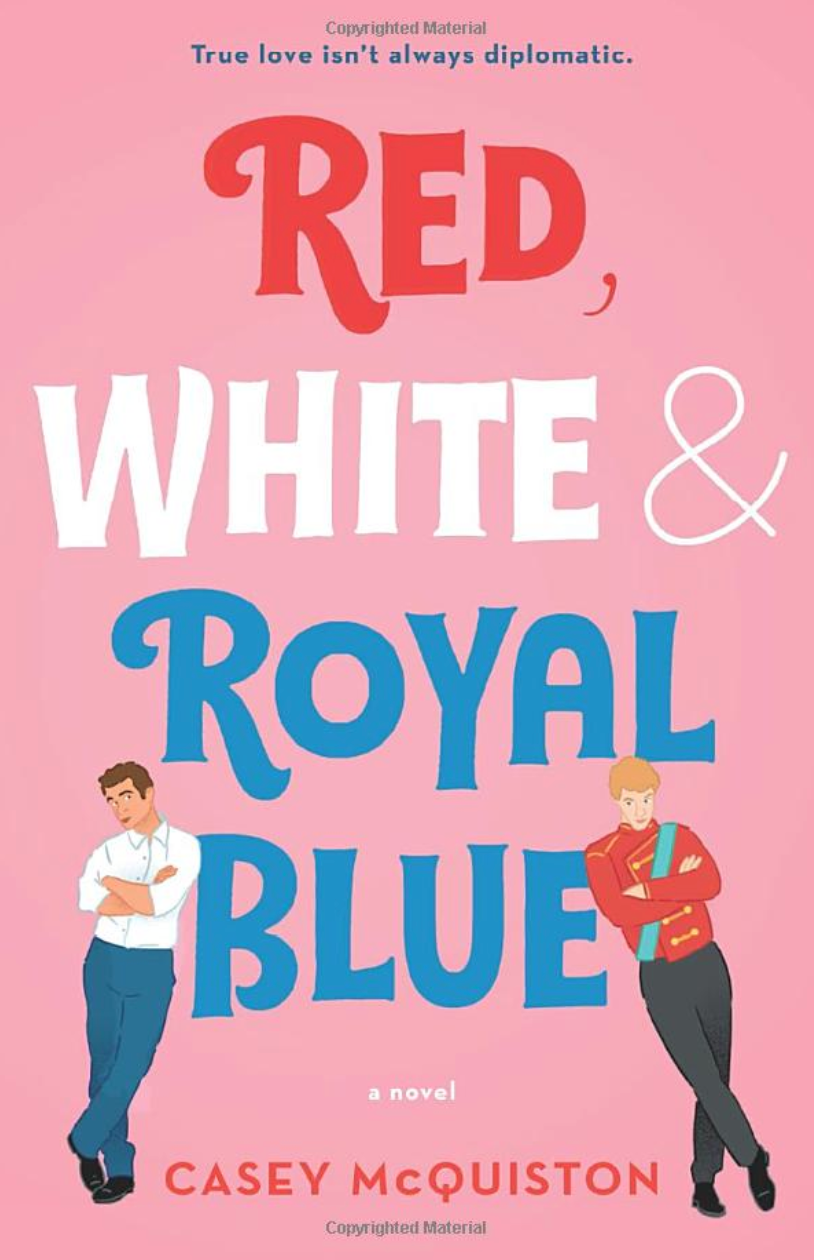 Amazon Synopsis: “What happens when America’s First Son falls in love with the Prince of Wales? When his mother became President, Alex Claremont-Diaz was promptly cast as the American equivalent of a young royal. Handsome, charismatic, genius―his image is pure millennial-marketing gold for the White House. There’s only one problem: Alex has a beef with the actual prince, Henry, across the pond. And when the tabloids get hold of a photo involving an Alex-Henry altercation, U.S./British relations take a turn for the worse.”

“If an escape from reality is what you need right now, give yourself the gift of reading ‘Red, White, and Royal Blue’ by Casey McQuiston,” Taylor told Men’s Health. “It envisions a world in which America has its first female president … and her son falls in love with an English prince. It’s a delicious (and hilarious) enemies-to-lovers story that explores sexuality, identity, and masculinity, and I couldn’t put it down.”

Meik Wiking, the author of “The Art of Making Memories,” recommends reading “Happiness: A History” by Darrin McMahon to lift your spirits. 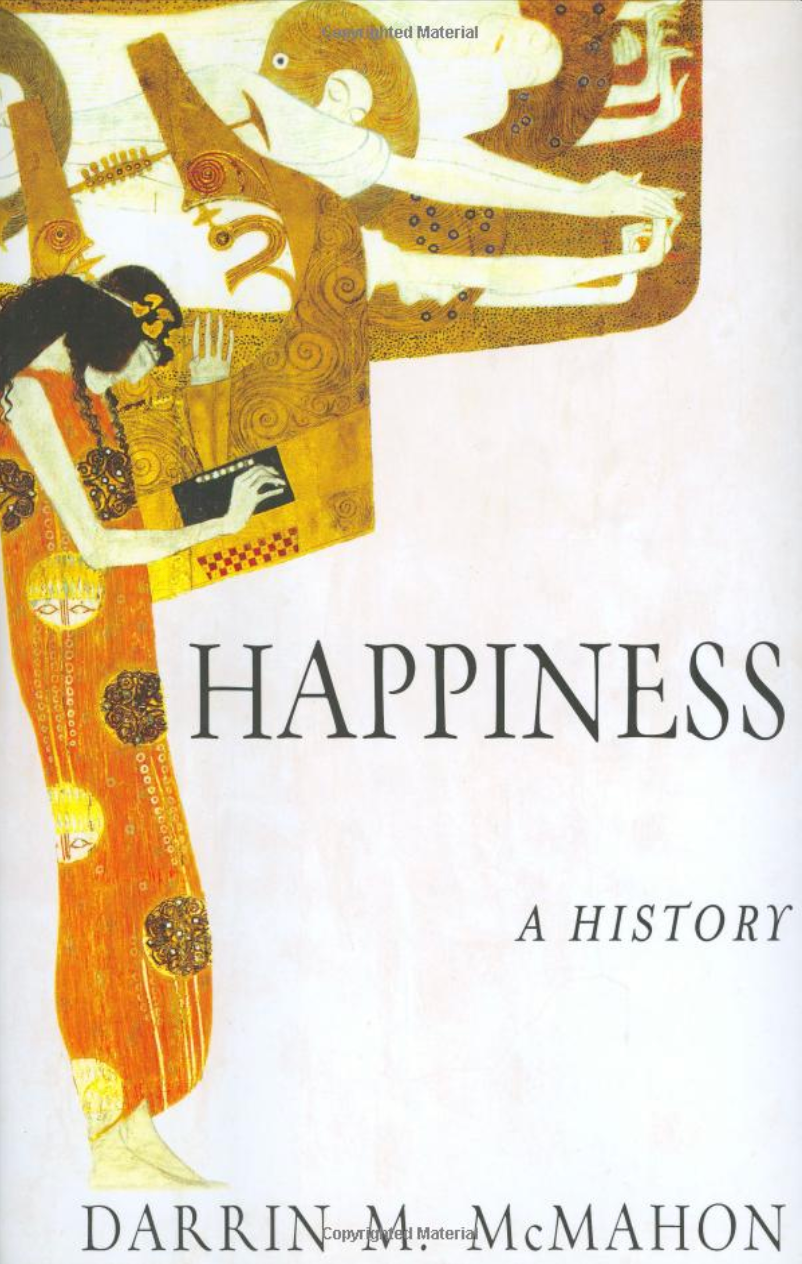 Amazon Synopsis: “Today, human beings tend to think of happiness as a natural right. But they haven’t always felt this way. For the ancient Greeks, happiness meant virtue. For the Romans, it implied prosperity and divine favour. For Christians, happiness was synonymous with God. Throughout history, happiness has been equated regularly with the highest human calling, the most perfect human state. Yet it’s only within the past two hundred years that human beings have begun to think of happiness as not just an earthly possibility but also as an earthly entitlement, even an obligation.”

“As a happiness researcher, I love this book as it shows how history has shaped happiness, and how happiness has shaped history,” Wiking told Men’s Health. “It is a story of who could be happy – the few or the many? – Where we could be happy – here on earth or in a potential afterlife? – And what could help us achieve happiness – religion, consumption or self-development.”

Jenny Davidson, the author of “The Magic Circle,” said thinks people should be reading dystopian novels like Ling Ma’s “Severance.” 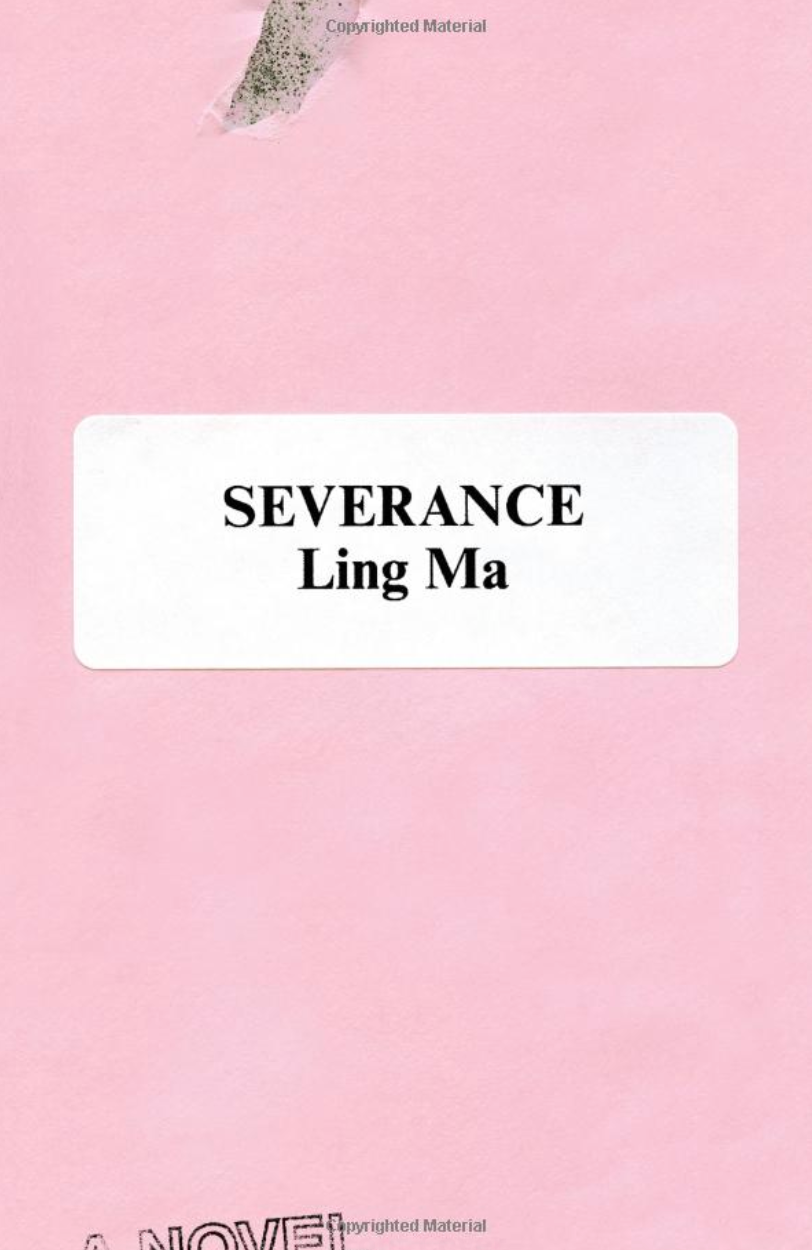 Amazon Synopsis: “Maybe it’s the end of the world, but not for Candace Chen, a millennial, first-generation American and office drone meandering her way into adulthood in Ling Ma’s offbeat, wryly funny, apocalyptic satire, ‘Severance.'”

“‘Severance’ deservedly got a lot of attention when it came out in 2018,” Davidson told Five Books. “It’s a brilliant book, the one on this list that I most strongly recommend to people trying to take their mind off the news. It takes the issues that the ‘Newsflesh’ books also consider and politicizes them in a different way. It is about the intersection of immigration and global capitalism in modern cities and the breakdown of human communication and meaningful human contacts that occur as a consequence.” 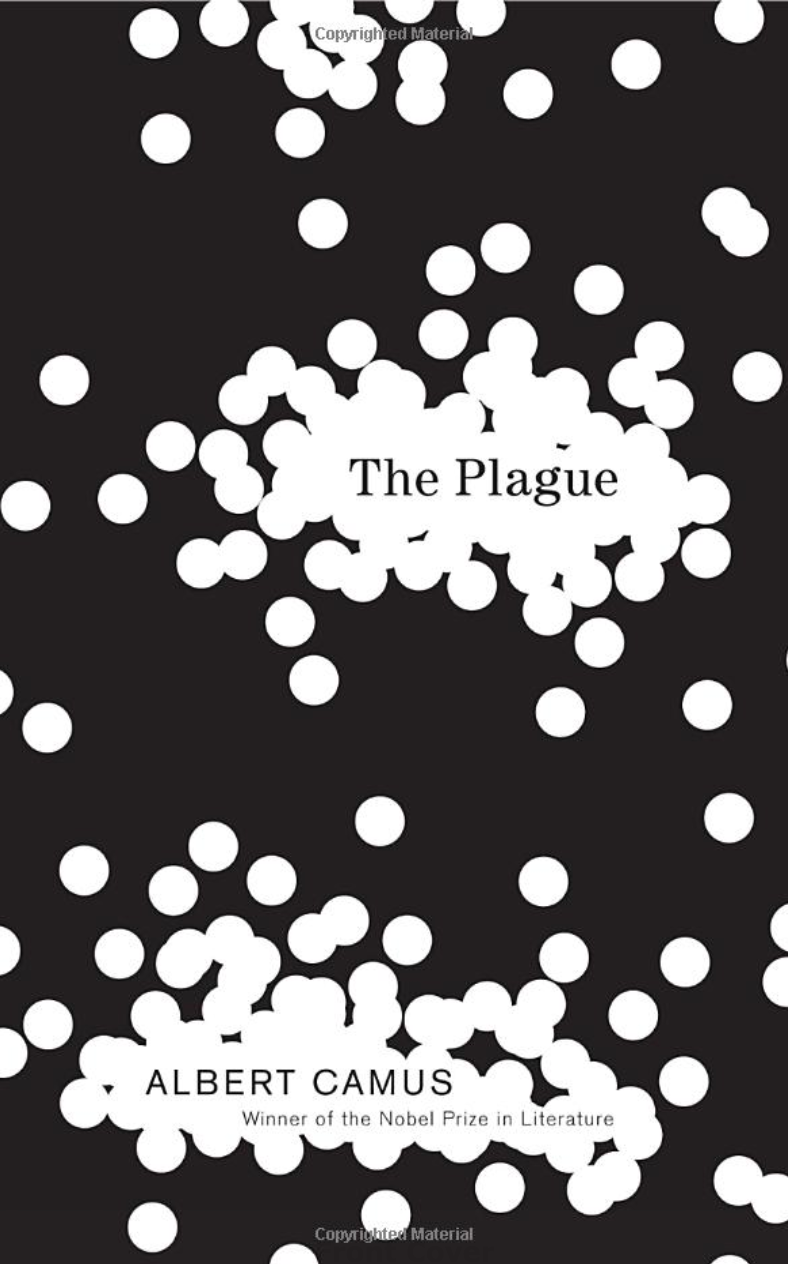 Amazon Synopsis: “A haunting tale of human resilience in the face of unrelieved horror, Camus’ novel about a bubonic plague ravaging the people of a North African coastal town is a classic of twentieth-century literature.”

“Albert Camus’ ‘The Plague‘ probably remains the best-known novel on the topic of epidemic disease,” Davidson told Five Books. “It tells the story of those involved in an epidemic in a North African setting. It is very interested in the details about how quarantines are enforced and the role not just of the government, but of individuals who band together into groups to manage the epidemic.” 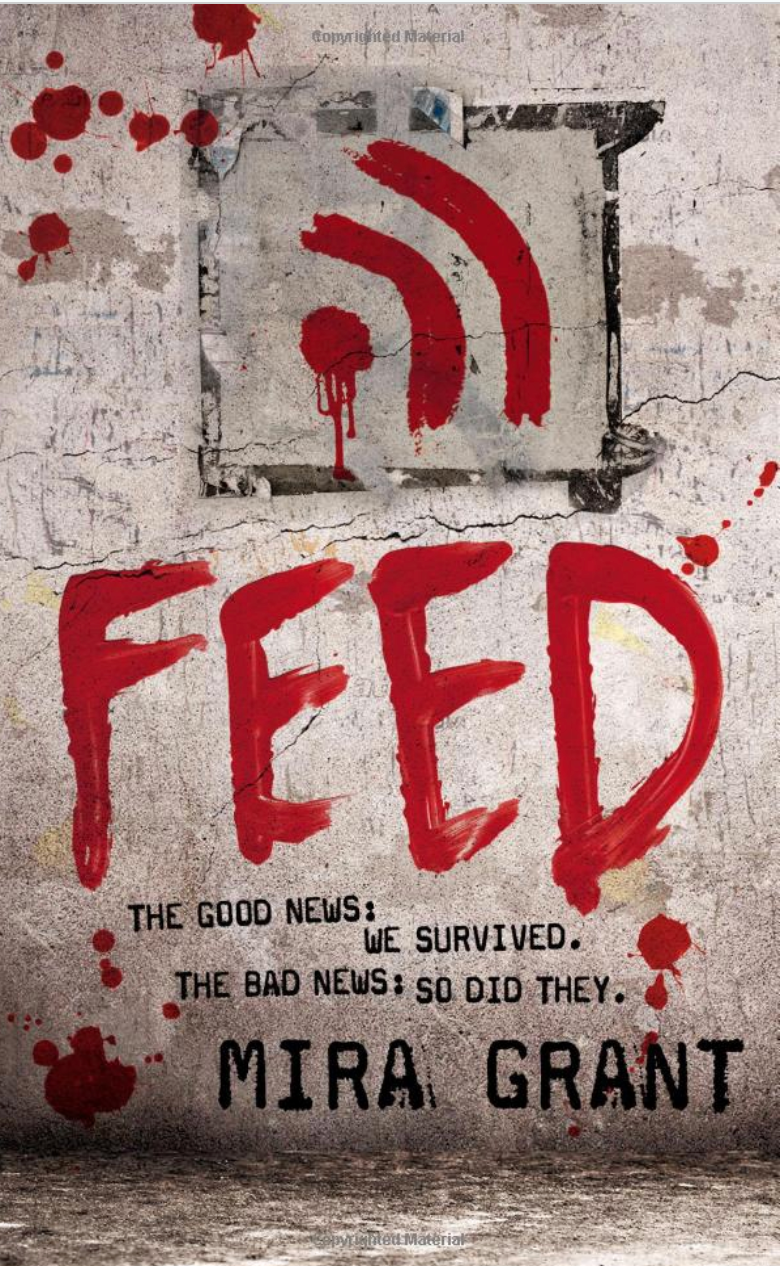 Amazon Sypnosis: “The year was 2014. We had cured cancer. We had beat the common cold. But in doing so we created something new, something terrible that no one could stop. The infection spread, virus blocks taking over bodies and minds with one, unstoppable command: FEED.”

“This is a whole series of books by one of the most popular writers in science fiction and fantasy working today,” Davidson told Five Books. “When the first book came out, I devoured it.”