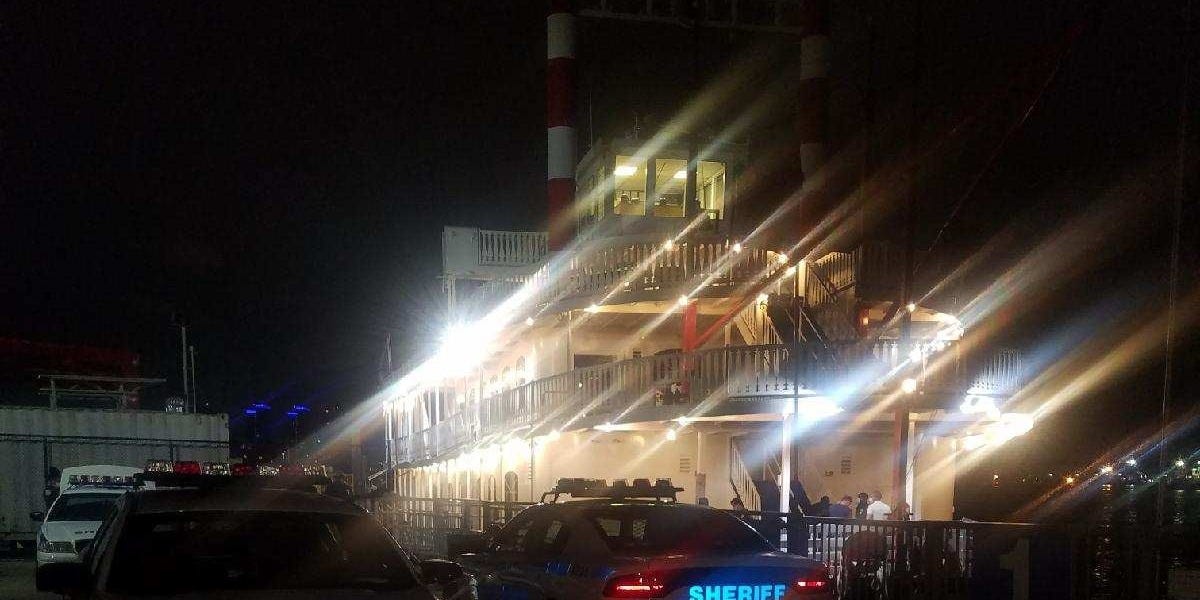 @NYCSHERIFF/ TwitterThe NYC Sheriff’s Department posted via Twitter that arrests of captain and owners of illegal party boat were made on Saturday night.

The party boat identified as “The Liberty Belle,” is a popular venue that has four decks and a maximum capacity of 600 guests, according to Empire Cruises which operates the boat.

The New York Daily News reported that the boat returned to a pier in Manhattan Saturday evening after leaving earlier that evening with over 100 passengers on board for a “1920-themed party.” Earlier that day, a photo of the boat was shared on social media.

So a packed Liberty Belle party boat just departed from Pier 36 on the LES waterfront with no apparent social distancing or mask requirement. Who has jurisdiction over these floating nightclubs? @galeabrewer @CM_MargaretChin @yuhline @BrianKavanaghNY @NYPD7Pct pic.twitter.com/DVWXB3XrDz

Mayor Bill de Blasio has ordered New York City to cancel programming “at indoor venues with consistent seating capacity over 500” and requires establishments with a capacity of 500 ppl or less to operate “below 50% of their legal capacity to ensure maximum social distancing.”

Empire Cruises stated on their official website that they have not operated until further notice since March. The company did not immediately respond to Insider’s request for comment.