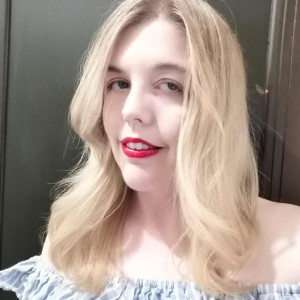 Tegan Jones is the editor of Gizmodo Australia. She has a focus on consumer technology and issues-based technology reporting and an obsession with history. She regularly appears on ABC News, Sunrise, A Current Affair and Weekend Today as an expert tech commentator. You may have also heard her on Triple J, ABC Radio And Download This Show.

Previously Tegan has been the deputy editor of Gizmodo and commercial editor of Gizmodo, Kotaku, Lifehacker and Business Insider. Her work first appeared on Gizmodo US when she was still a freelancer back in 2013.

Prior to working across the Pedestrian Group publications she wrote tech, gaming and entertainment content for Fairfax Media (Daily Life), The Brag and The AU Review.

She was also the creator and host of gaming advice podcast, Sass Effect, and the former managing editor of Geek Bomb.

You can email Tegan below with leads - anonymity is offered.

Netflix has quietly axed its 30-day free trial in Australia

With more streaming services launching in Australia, you’d think we’d be seeing more incentives being pushed by providers. And yet streaming giant Netflix has removed its 30-day-free trials in Australia. Any new Netflix users will no longer enjoy 30 days of free streaming upon signing up. This free trial period […]

Bose is closing all of its Australian stores, as part of a move to shut 119 brick and mortar locations around the world

Bose has announced its intention to close 119 of its brick and mortar stores across Australia, Europe, Japan and North America. This will result in job losses for a significant number of retail employees as the company moves towards a more online-focused business model. While Bose is known for its […]

Last year Uber announced that Melbourne would be the first Australian city to to get the company’s flying ride sharing service – Uber Air. We now know that the first launch partner is Hyundai, which has a full scale concept vehicle on display at CES. We haven’t laid our eyes […]

Here are the Australian prices, specs and release dates for the 3 new Apple iPhones

iPhone 11 Along with the iPhone Pro and and Pro Max, Apple just officially announced a more budget-friendly 2019 device — the iPhone 11. Here are the key specs you can expect from the iPhone 11. iOS 13 A13 Bionic chip CPU 6.1-inch all-screen LCD Multi‑Touch display with IPS technology […]

This Aussie hacker has made at least US$1 million for bug-hunting on a platform used by Google, Twitter and Spotify

An Aussie bloke has become one of the first in the world to become a verified hacking millionaire. This news come from a Study by HackerOne a bug bounty solutions organisation. Its white hat hackers are tasked with finding vulnerabilities in company systems before they can be hacked by those […]

Domino’s Australia has begun trialling a new ‘Tap & Take’ payment model that eliminates the need for customers to pay in cash. The payment system is designed to make the ordering process both quicker and more convenient. Domino’s is trialling the system across five stores in Australia. If you’re a […]
News Jul. 2, 2019, 5:24 PM

The Australian Tax Office recently declared its intention to target crypto traders who are avoiding paying the proper amount of tax. This wasn’t a problem two years ago when crypto wasn’t recognised as a valid form of currency, but that changed towards the end of 2017. And this year the […]

We’ve known for a while now that Telstra planned on revamping its plans by the end of June, and now we know what the big reveal is. Telstra just completely changed how its plans work. It is now moving exclusively to month-to-month plans with no lock in contracts. And they […]

There are some good high data deals floating around at the moment, and Optus is extremely here to join the party. The telco is coming in swinging with a ridiculous 100GB for only $50 a month. Editor’s Note: At the time of writing the below widgets show the deal as […]

Apple’s World Wide Developers Conference is about to kick off in Silicon Valley. Here’s what to expect and how to watch it.

In the very early hours of Tuesday morning Apple will be holding its annual World Wide Developers conference in San Jose, California. Rumours about what will be revealed have been ramping in recent weeks. If you’re keen to watch the WWDC keynote live, it will be kicking off at 3:00am […]

Optus has brought back its insane 80GB SIM-only deal

Optus has returned with its incredible $40 SIM-only plan which comes with 80GB data a month as well as a generous roaming allowance that is perfect for frequent travellers.

For the past week the tech world has been rocked by the news of Google ceasing business ties with Huawei, leaving the future of the company in question. Aussie telcos have remained silent on the subject, despite continuing to stock the Huawei P30 Pro, among other Huawei devices. Until today. […]

The Huawei drama continues as laptops made by the Chinese company silently disappeared from Microsoft’s online stores both globally and in Australia. The removal of the laptops is in compliance with US President Donald Trump’s executive order that prevents U.S. companies from purchasing and supplying equipment to foreign companies that […]

Click Frenzy 2019 has arrived and we’re here to give you the low down on the best tech deals out there. Fortunately for you, some cheeky retailers have already gone live with their deals.

Amazon has announced that Apple Music subscribers in Australia and New Zealand will now be able to stream through Amazon Alexa devices. The move seems to be another sign of Apple going hard into services and becoming a multi-platform software provider, despite also being a hardware business. Why merely offer […]

Change your career trajectory by leaning to become a programmer

Programming is an adaptive skill set — in order to stay relevant, you need to constantly grow and evolve your skills to suit the marketplace. Fortunately, with SitePoint Premium’s courses, staying in the know is easy on your schedule — and your wallet.!–more–> With a lifetime subscription to SitePoint Premium’s […]

10 things about doing an MBA that may surprise you

Griffith University’s accelerated online MBA lets you study in your own time and space and provides the opportunity to engage with a network of like-minded professionals in an interactive and supportive digital environment In 1908, Harvard Business School established the first ever MBA Program. Its inaugural curriculum was based upon […]