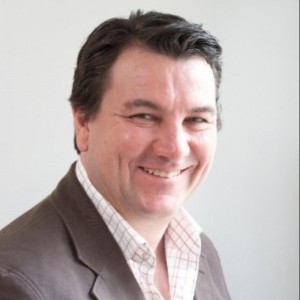 Simon has worked as a restaurant critic for nearly 20 years, including six editions as co-editor of The Sydney Morning Herald Good Food Guide.

In a past life, Simon wandered the world, working as a chef and waiter before deciding he wields a pen better than a knife. That led to him buying a newspaper in northern NSW, aged 28, before selling it to APN News & Media 15 years later.

During that period, Simon served on regional development panels and was a councillor on the industry lobby group Australian Business Ltd (now the NSW Business Chamber), chairing its environment committee during the Kyoto agreement era.

As executive life editor at Business Insider, his job is to help you find the best ways to spend the money the rest of the BI team shows you how to make.

Simon’s wife calls him the World’s Most Sustainable Fisherman because, despite wetting a line regularly, he takes nothing from the sea.

REVIEW: The Bentley is back, bigger and better, to excite the Sydney dining scene

In a bite A decade on from setting the pace in the avant-garde of Sydney’s casual fine dining style, The Bentley went in for a nip and tuck earlier this year, emerging with greater energy, excitement and finesse to become one of the standout destinations of CBD dining. Setting the […]

REVIEW: I stayed in one of the most beautiful resorts on the Australian coast and didn’t want to leave

Comedian and architecture geek Tim “Rosso” Ross has a new show in his Man About the House series that’s all about the motels of his (and my) childhood in the 1970s and ’80s. Once-upon-a-time, Bannisters by the Sea was one of those places, quietly tucked away on the left-hand side […]

Bun Cha Huong Lien is one of the hundreds of cheap, delicious street food restaurants you’ll find scattered liberally around the Vietnamese capital. Its specialty is a local classic, bún chả – a mix of grilled fatty pork (chả) in a plastic bowl of sweet, clear, unctuous broth, with rice […]

Investment strategist Mark Bernberg, who’s launched an investment consultancy for the cannabis industry, believes that Australia could legalise the drug for recreational use within five years and that the company that will ultimately become the Amazon of cannabis doesn’t exist yet. Bernberg’s The Green Fund is tracking cannabis companies and […]

Iain Riggs — Riggsy to anyone who’s ever enjoyed his Cricket Pitch sauv blanc-semillon and Graveyard Vineyard shiraz — has been part of the furniture at Hunter Valley winery Brokenwood since 1982, when he was appointed chief winemaker and managing director. Kicked off in 1970 by a trio of Sydney […]

ICAP the global interdeailer broker, holds an annual charity day every year in the lead up to Christmas, with 100% of the revenues and commissions ICAP generates globally will be donated to more than 100 charities worldwide. The 26th annual global charity day was held last Wednesday, December 5, with […]

After 16 years of development, testing and considerable controversy, the first two of the Royal Australian Air Force’s F-35A Joint Strike Fighters finally touched down on home soil today RAAF Base Williamtown, north of Newcastle. The $100 million planes – the total fleet of 72 F-35s is expected to cost […]

Last Thursday, as the parliament rose for 2018, controversial new laws that allow Australian security and law enforcement angencies to hack into encrypted messaging services were passed with support from the ALP. While legal and human rights experts are concerned about their impact, the Australian tech industry fears the laws […]

The cost of the massive Sydney steel sculpture dubbed ‘the Big Tapeworm’ has exploded to $22 million, bringing the project to a halt

It was first touted four years ago as a tourism attraction to rival Chicago’s Cloud Gate and St Louis’ Gateway Arch, but the City of Sydney’s plan to build a 58-metre high, ribbon-like steel sculpture by Japanese artist Junya Ishigami is in serious doubt as the cost doubled yet again […]

Opposition leader Bill Shorten and the Labor party capitulated at the last minute to pass legislation to allow law enforcement agencies access to encrypted messaging in the final hours of Senate debate for 2018 last night. Earlier in the day, Labor announced it would amend the bill, requiring it to […]

Faced with the prospect of being the first government to lose a vote in the lower house for the first time in 90 years, the Coalition effectively shut down parliament early today. The bill would allow the medical evacuation of refugees in offshore processing centres to Australia. But it also […]

In August, damaging claims of inappropriate behaviour by MP Emma Husar, contained in a confidential document, were leaked to BuzzFeed and published. While an investigation into the claims concluded the most serious allegations were “not supported”, she had already been told to resign as the member for Lindsay in western […]

Two key pieces of legislation are being debated in the Australian parliament today, the final sitting day for 2018. One bill, giving law enforcement access to encrypted messaging – a world-first piece of legislation – is central to the Morrison government’s national security measures, and looks set to pass with […]

A parliamentary report into the 2016 has government MPs pushing for the introduction of voter ID Labor and the Greens oppose the idea, arguing it has the potential to disenfranchise already marginalised voters. The report also wants to double the number of members a political party needs to 1000 before […]

DiDi Chuxing is starting a price war with industry heavyweights Uber and Ola. The Chinese ride-sharing giant is the latecomer to the Australian market. It plans to cut fares and services fees in a bid to win over both drivers and consumers. The battle for market share among ride-sharing companies […]

The former chief of staff to three NAB CEOs, including Andrew Thorburn, has had her bank accounts frozen as part of an ongoing investigation by the NSW Crime Commission over potential kickbacks from a corporate travel company, The Australian reports. Your Money chief reporter Leo Shanahan says the investigation involves […]

Male parrots from an endangered monogamous species are running out of mates, so now they’re hitting up breeding females for sex

The NSW state government today pledged to build a fast rail network to “transform NSW unlike any other project” if it’s reelected. Australian politicians have been dangling the lure of a fast trains to cut travelling times, especially between Sydney and Melbourne, for more than 40 years. Premier Gladys Berejiklian […]

Police have charged Arsalan Khawaja, brother of Australian Test cricketer Usman Khawaja, with attempting to pervert justice and forgery over a notebook that supposedly contained a terror hit list targeting federal politicians and places in Sydney. The fake list, contained in a notebook, was found in an office at the […]