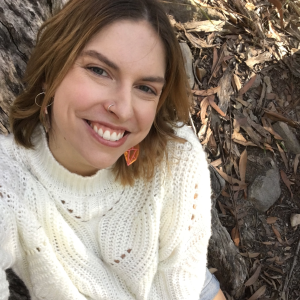 Kassia is a writer for PEDESTRIAN.TV. She mostly writes about travel, money and careers - all things she's been lucky enough to combine IRL. You can follow her adventures on Instagram @all_people_laugh

Why you should be interested in EU stocks, as told by a top Australian investor

Keeping on top of the stock market is no simple task, so it’s easy to fall into a habit of sticking with what you know. That habit could be holding you back though, according to Josh Gilbert, a Market Analyst at leading social trading platform, eToro. Speaking to Business Insider, […]

It’s hard to go without Wi-Fi at the best of times, and especially so when you have work to get through – but does that mean you should sacrifice good views? Considering several studies in the US have concluded that even looking at a tree can reduce your stress levels, […]

Sydney and Melbourne might be the traditional hotspots for business, but many startups are discovering the wisdom of escaping the big smoke for somewhere with the same amenities, but a lot more support from the locals. Not to mention an all-round better lifestyle. According to environmental psychologists at the University […]

How to get the best possible deal on your home loan

Before you pull the trigger on a home loan, you need to ensure that you’ve properly compared the options on offer to find the best deal. That’s the easy part. The hard part is knowing exactly what you should be looking for. Of course, before you start comparing home loans […]

You can catch season six of Power on Stan. Start your 30-day free trial today.. My love for Power is getting a bit out of control — to the point that I’m known around the office as “the one who’s obsessed with Power”. Honestly, it’s the best modern show of […]

Feeling ready to delve into the world of property ownership? Good for you. It truly is an exciting step, but also a big one, so you want to make sure you’ve asked yourself the right questions before you jump in. Besides, preparedness never hurt anyone. Taking time to examine your […]

The pet industry in Australia is worth more than $12.2 billion – and these startups are gaining a lot of attention

Finding success in a new business relies heavily on the ability to fill a gap in the market that enough people need or want, and with consumers spending $12.2 billion on the Australian pet industry annually according to a report by Animal Medicines Australia (AMA), this could definitely be a […]

It’s strange how many myths there are surrounding whisky drinking — from price snobbery to ice shaming. Who decided there had to be ‘rules’ to enjoying a nice drink? Certainly no one I know. To bust these myths wide open and bring some actual truth to whisky drinking, we’ve brought […]

When I say ‘whiskey’ I dare you not to immediately picture some Don Draper-esque suited up gent with perfectly styled hair. It’s a sophisticated drink for sure, but that doesn’t mean it has to be an intimidating one. Here’s your three-step guide to stepping into the whiskey world and sounding […]

According to the TAFE Enterprise Skills and Australian Business Report 2018, about 35% of skills required for jobs in all industries are expected to change in the next few years. So how do you keep your employees up to date, in turn keeping your workplace functioning at a high level […]

Starting your own business is a whole different ball game. As you’re no longer working for someone else and it’s up to you to execute on your vision, it’s easy to get caught up in the daily grind when you instead need to be thinking large. That’s why CommBank started […]

CEOs share the skills needed for a top performing workforce

More and more businesses are trying to build a ‘talent first’ workforce. Why? Because it’s becoming increasingly clear that this leads to a more productive and efficient workplace.  So much so that a study by McKinsey & Co looking at 600,000 people across the entertainment, political and sporting industries found […]

All employers know that building a strong workforce requires ongoing training for staff and management to maintain that top-tier productivity. And it’s up to the leaders of a company to always assess the effectiveness of their strategies, as well as any skill gaps of staff. If you add to this […]

Good morning! 1. Australia will be second stop for Uber’s air-travel. Melbourne will be the third city in the world and the first outside the US to host the pilot project, after Dallas, Texas, and Los Angeles, California. 2. Afterpay launches new $300 million fundraising campaign. It’s hoping to raise […]

Good morning! 1. The Queen’s Birthday 2019 Honours List. A number of prominent Australians have been honoured over the weekend including Hugh Jackman, Kevin Rudd and Ita Buttrose. Read the full list here. 2. French finalists. Ash Barty became the first Aussie to win a French Open in almost 50 […]

Good morning! 1. Federal police insist recent media raids weren’t initiated by federal government. AFP Acting Commissioner Neil Gaughan said the force was not trying to intimidate when officers raided the ABC’s Sydney headquarters and the Canberra home of a News Corp reporter and that it supports “press freedom”. But […]

Good morning! 1. Four people have been killed in Darwin overnight. A man opened fire in locations around the Northern Territory capital, killing four and injuring another. The shooter, who was known to police, is in custody. PM Scott Morrison confirmed it wasn’t an act of terrorism. I have been […]

Good morning! 1. Apple’s WWDC is happening right now. Here are the best updates you can expect to be coming to your iPhone. The tech giant has also announced the first new Mac Pro since 2013 and a little sweetener for Battlestar Galactica fans. 2. Trump causes a stir in […]

Good morning! 1. Huawei has reportedly stopped its smartphone production after US blacklist. The Chinese telco will “reassess” its target to become the world’s top smartphone vendor by the end of 2020, according to the South China Morning Post. 2. Elton John biopic falls foul of Russia’s “homosexual propaganda” laws. […]