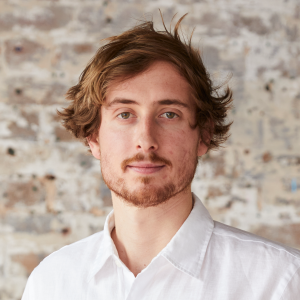 Jack Derwin is the Senior Reporter at Business Insider Australia, with a particular interest in economics, markets, property, emerging companies, fintech, and cryptocurrency.

He has worked previously as a journalist for The Asahi Shimbun (Japan), the second largest newspaper in the world, as well as for some of Australia’s largest media organisations, including Nine Entertainment, News Corp and Seven West Media.

His writing has appeared in The Australian Financial Review (AFR), The Sydney Morning Herald, The Age, Yahoo, Your Money, Sky News Business, 7News.com.au, and Stuff.nz among others. He has appeared on national television and radio, including the ABC, 10News, and Sky, and been nominated for several industry awards, including Young Journalist of the Year for his investigative journalism.

His reporting has helped shape public discussion in Australia, being referenced by federal MPs, policymakers and think tanks alike, on everything from superannuation policy to the regulation of financial influencers.

You can tweet obscenities @jack_derwin, blast him with buzzwords on LinkedIn or pass hot tips to [email protected]

Regulators are ready to move as the Treasurer gives the green light for tougher lending standards.

One in 10 Australian jobs are at ‘high risk’ of automation, and regional Australia is the most exposed

NSW has announced a raft of new freedoms for when 80% of the population is vaccinated. Here’s what you need to know.

The Berejiklian government unveiled the state's latest roadmap out of COVID-19 restrictions on Monday, as it anticipates reaching its 80% vaccination target within weeks.

ANZ said it was increasingly turning borrowers away as risks in the housing market rise.

This is Business Insider Australia's morning newsletter for Friday, September 24.

Major strike action will halt Australian deliveries from today, as 6,000 StarTrack and FedEx workers stand down

Nationwide deliveries will be disrupted as negotiations break down between workers and management.

A feeling of desperation has crept into the job market as lockdowns have swept Australia's eastern seaboard.

They rank as some of the best places in Australia to work.

Influencers could be fined or deplatformed for sharing misinformation or bad advice, under new recommendations.

This is Business Insider Australia's morning newsletter for Friday, September 17.

Australian unemployment has fallen to 4.5% – but only because workers are dropping out of the workforce altogether

Australia's labour market has copped a beating despite 'falling' unemployment.

Australians are, on the whole, making more money than ever as the country lurches through lockdown and the economy shrinks.

‘Very concerning’: Small businesses are beginning to buckle under the strain of lockdowns, as defaults rise

Australia’s housing affordability policies are only driving prices up, the RBA says

The government's ardent defence of negative gearing helped return it to office, but the policy is only making housing affordability worse

Australia won’t see any interest rate hikes for years thanks to the Delta outbreak, according to RBA Governor Philip Lowe

RBA says rate hikes aren't in the interest of anyone right now.