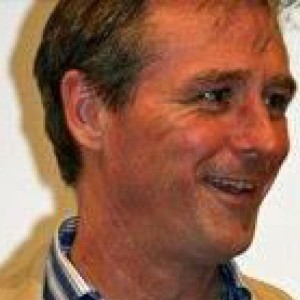 His book, The Last Whale, is a narrative non-fiction account about those who worked at the last whaling station in Australia and the activists who fought to close it down.

He is a member of the board of directors of the Australian Society of Authors and a former director of the Pacific Area Newspaper Publishers’ Association (PANPA).

INSIDE THE INVESTOR ROADSHOW: One Australian startup’s experience raising millions from investors for global expansion

Raising capital for growth is one of the most important milestones for an ambitious company, yet founders often know little about the process before they are in the thick of it. Business Insider spoke in detail to the founders of VINEX, an Adelaide-based company that built a global marketplace for […]

Sharks numbers off the east coast of Australia are falling

Shark numbers in Australia are falling. The latest research shows a 50-year decline. This contradicts suggestions, driven by shark attacks, of exploding shark populations. Shark populations off the east coast of Australia have been declining over the past 55 years and little sign of recovery, according to research published in […]

Weird science in 2018 included researchers getting octopuses high on ecstasy, a billionaire who shot his car into space, scientists who injected memories between sea snails, and a petition to drink the mummy juice found in a 2000-year-old sarcophagus. The Australian Science Media Centre has picked its top 10 weird […]

Many successful people have something in common — they all had access to more experienced players to help them on the way up. While mentors won’t have all the answers, they are a good sounding board and can point in the right direction to advancement and promotion. The downside is […]

The banks make it difficult to work out how much a mortgage costs, says the ACCC. And this means most people won’t even try to shop around for a better deal. But the ACCC says just asking your bank for a better rate can result in a cheaper loan. The […]

Australia’s Parkes radio telescope in NSW is now tracking Voyager 2 as it enters interstellar space. The spacecraft, after its twin Voyager 1, is only the second to reach the space between the stars. The CSIRO is working with NASA. Australia’s national science agency, CSIRO, is supporting NASA’s Voyager 2 […]

‘A TOTAL BUYERS’ STRIKE’: The ASX tumbles to a two-year low

The ASX200 fell more than 2% to close at its lowest level since December 13, 2016. A weak US lead and lingering trade fears weighed on sentiment to start the week. Bank stocks were hardest hit, with the ASX Financial index closing more than 3% lower. The Australian share market […]

The rise of a new species, the Australian Mamil (middle aged man in lyrca)

Middle-aged men in Lycra (Mamils) are often described in the media, but little is known about the extent of the phenomenon. Now University of Sydney scientists say they have evidence of middle-aged men who cycle at least weekly. But they say regular cycling and commuting to work by bicycle have […]

The CEO and Chair of IOOF have stepped aside

The CEO and Chair of IOOF have stepped aside while they fight court action launched by APRA. APRA wants to disqualify them for “failing to act in the best interests of superannuation members”. IOOF says the allegations are misconceived, and will be vigorously defended. IOOF Managing Director, Christopher Kelaher and […]

The housing market is expected to have a soft landing, says the OECD in its annual assessment of Australia. It says a wave of mortgage defaults is unlikely. And the OECD expects interest rates to start rising soon. The falling housing market poses a risk to Australia’s economy but a […]

APRA’s move to impose additional licence conditions on IOOF may have implications for the ANZ Bank’s sale of its wealth business. The bank says it is urgently seeking information from both IOOF and APRA. ANZ in October last agreed to sell its OnePath Pensions and Investments business to IOOF for […]

Shares in $125 billion Australian financial services giant IOOF have crashed 30% after the prudential regulator APRA filed court proceedings seeking to disqualify its top management. APRA wants to ban the MD, chairman, and CFO for “failing to act in the best interests of superannuation members”, following revelations in the […]

APRA has brought out the big guns against IOOF, and wants to disqualify its managing director, chairman and CFO

APRA wants to disqualify IOOF’s managing director, chairman, CFO and general counsel from working as super fund trustees. The prudential regulator has launched proceedings in the federal court, and issued a show cause notice, to impose additional licence conditions on IOOF. APRA says IOOF failed to act in the best […]

Husband and wife farmers David and Wendy Finlay won the Up and Coming Award at the annual Cicada Innovations Nobel Gala in Sydney. They won for their method of planting seeds, doing away with heavy machinery and increasing yields. Biomedical company Trimph and Prospection, a health insights company, also won […]

Gartner says out-of-touch managers are driving disengagement in Australia. Q3 2018 Global Talent Monitor report shows manager quality is now a top three reason why Australians leave their jobs. And an organisation’s reputation for how it manages its employees is now the number one reason they go. Australians say the […]

Half of Australian workers fear losing their jobs to robots

A survey of 1000 Australians finds that half are worried how automation and technology will impact their jobs. They fear the impact of technology on job security even more so than the economy. Most are not ready for change. More than half (51%) of Australian workers worry about their jobs […]

StartupAUS today released its annual Crossroads Report. The advocacy group makes ten recommendations to ensure a healthy startup sector. Among them are changes to R&D tax incentives and ways to encourage corporates to invest in startups. StartupAUS, in the national startup advocacy group, has released its fifth annual report card, […]