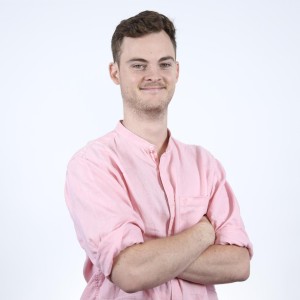 Cam Wilson is a reporter for Gizmodo. Prior to this, he worked as a reporter at the Australian Broadcasting Corporation and BuzzFeed.

Dwaine Woolley is a YouTube and Facebook content creator who makes videos under the name Dwanta with his wife Shanta Salburo-Woolley. Woolley has built up an audience of millions by posting videos about his young family and their adventures in Australia and the Phillipines. As part of Business Insider Australia’s […]

‘Favouring the interests of the wealthy and powerful’: A new report alleges Australia’s lack of media diversity is hurting democracy

A new report “Who Controls Our Media: Exposing the impact of media concentration on our democracy” has found that Australia’s increasingly poor media diversity is having a corrosive impact on the nation’s democracy. According to the report, one media company accounts for 59% of all print readership, and three companies […]

NSW residents are selling their Dine & Discover vouchers on online marketplaces like eBay and Facebook buy & sell groups. Each NSW adult resident is eligible for four vouchers worth $25 each, as part of a scheme meant to encourage spending in the state’s hospitality, entertainment and tourism sectors. Exchanging […]

‘We all want the inside scoop’: Australian influencer ‘tea’ accounts are sharing gossip, scandals and a critical perspective on a new generation of celebrity

News and gossip about Australian influencers is meticulously documented by social media users running ‘tea’ accounts. The accounts combine aggregated content from creators with audience submitted content to provide their audience with unfiltered perspectives on the creators they follow. People running tea accounts say their purpose is to encourage serious […]

Australians are selling illegal guns on the dark web, flogging everything from handguns to 3D-printed weapons

Handguns, rifles, ammunition are the most common weapons listed on anonymous online marketplaces, according to a new report from the Australian Institute of Criminology. Researchers studied several marketplaces allowing users to buy and sell illegal weapons, generally purchased with cryptocurrency. In some cases, illegal weapons were actually cheaper than their […]

Nawal Sari is a young Muslim Australian creator with more than 300,000 followers across Instagram and TikTok. Sari posts fashion and beauty content that she says is “redefining modest fashion” . As part of Business Insider Australia’s ‘Under The Influence’ series, Sari spoke about using social media to grow an […]

Australia’s major publishers have yet to sign any new agreements with Facebook since the media bargaining code passed. Now, worries grow of a second news ban.

Australian publishers are worried about Facebook removing news for Australian users for a second time as negotiations with the tech company falter. When the news media bargaining code was passed, Facebook hinted at forthcoming agreements. In the three weeks since, none of Australia’s major publishers have signed notices of intent […]

An Instagram post about Black influencers in the US being paid less went viral. Australians in the industry say the same thing happens here.

Australians working in the influencer industry say that Black, Indigenous and people of colour (BIPOC) are paid less than their white counterparts. This follows an Instagram post about racism experienced by their international counterparts went viral in February. BIPOC influencers are also less likely to be chosen for work and […]

NSW Police are looking into reports that an on-duty officer wore a pro-police, anti-Black Lives Matter symbol on their uniform on the night of Sydney’s Gay and Lesbian Mardi Gras parade. Images of the officer wearing a Thin Blue Line on their uniform were shared on social media on Saturday […]

Redditor u/drfreshbatch is tallying the performance of online investing communities by tracking how well their most-mentioned stocks perform on the market. So far, the high-risk approach of r/ASX_Bets has taken the lead over the risk-averse r/AusFinance community. These online communities have emerged a significant source of information and culture for […]

From TikTok to a cookbook in only a few months: how Nathan Lyons’ ‘Kooking with a Koori’ struck a chord

Nathan Lyons runs the popular “Kooking with a Koori” TikTok account, where he shares videos of himself cooking cheap, easy-to-make meals. Since starting in September, Lyons has had a number of commercial opportunities, including signing a deal to publish a “Kooking with a Koori” cookbook. Lyons said the videos have […]

‘We’re definitely seeing an uptick’: Australian influencers are landing international work thanks to the mildness of the pandemic here

Australian influencers are signing more deals with international and domestic brands as Australia has lifted the harshest COVID-19 restrictions. Influencer agency Cape’s Dr Brent Coker said creators are free to work with companies to create content, unencumbered by lockdowns or fearing a backlash for ignoring public health measures. He says […]
News Feb. 23, 2021, 9:39 AM

‘Now’s not the time’: The federal government has been slammed for pulling Facebook ads during the COVID-19 vaccine rollout

On Sunday, the federal government said it was abandoning any plans to use paid Facebook advertising amid a fight with the tech giant over paying for news. But a COVID-19 misinformation and science denialism researcher said the launch of a crucial vaccine roll-out is not the time to leave Facebook. […]

Since Facebook turned off news in Australia, these are the top-performing posts that have taken its place

Last Thursday, Facebook announced they were stopping Australian users from viewing, posting or sharing news on the platform as a protest against the Australian government’s proposed news media bargaining code. According to Facebook, news makes up a small part of the News Feed — but it’s often among the most popular […]

‘A significant market opportunity in front of us’: Australian influencer platform Tribe eyes an IPO with plans to expand international operations

Australian influencer marketing platform Tribe is considering an IPO on the ASX, as it continues to expand into UK and US markets. The platform connects brands to content creators to create photographs and videos to be used by the brand or to be posted by the influencer themselves. While the […]