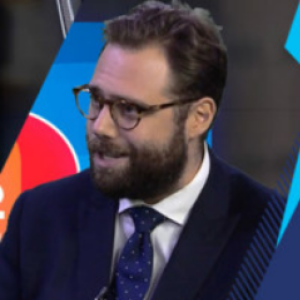 Australian Sten Pittet and his American business partner Bryan Schuldt quietly launched workplace goal-tracking tool Tability in January with a goal of becoming a world-renowned “accountability platform for teams”. Pittet and Schuldt are both former Atlassian employees and met on a basketball court next door to the Australian-born software company’s […]

Canva is the latest Australian company to get behind Future Super’s Not Business as Usual campaign in support of the Global Climate Strikes on 20 and 27 September. Canva co-founder Cameron Adams told Business Insider Australia the company will be helping employees attend the strikes and providing placards and banners […]

Uber has announced Natalie Malligan as the first head of its Uber Air business in Australia Malligan was formerly Uber’s head of cities for Australia and New Zealand before going on maternity leave. She was a management consultant for Bain & Co in San Francisco before that. She will lead […]

NSW Premier Gladys Berejiklian has reportedly announced a monumental about-turn on Sydney’s controversial 1:30am curfew introduced in 2014. As many as 176 venues and hospitality businesses have shut as a result of the laws. However, while the regulations will be loosened in the city’s CBD, formerly infamous nightlife hotspot King’s […]

Speaking at a TechCrunch event in San Francisco, Atlassian co-CEO Scott Farquhar announced a number of major changes to the way it sells its cloud-based services. The changes reportedly include the launch of new premium plans for its Jira Service Desk product and a free option for all Atlassian services. […]

Sydney-based Greenfield MC will be the first Australian-owned company to be allowed to cultivate cannabis in New Zealand under a new research joint venture with Wepiha Health Co. The drug is tightly regulated in New Zealand but Jacinda Ardern’s government has agreed to hold a referendum in November 2020 which […]

Good morning! 1. Backdown in Hong Kong. The city’s chief executive Carrie Lam officially announced her government would withdraw the controversial bill that sparked months of protests. If passed, the law would have seen some Hong Kong citzens on trial extradited to mainland China. Hong Kong’s stock exchange surged as […]

Happy hump day! 1. A retail protest. Spanish fashion retailer Zara has been accused of quietly showing support for Hong Kong protesters by closing its stores in the city during one of the more well-attended recent protests. Chinese state media The Global Times slammed the outlet, saying “One cannot help […]

Good morning! 1. Welcome to rate day. The Reserve Bank of Australia will today announce its decision about what to do with interest rates in September. 27 of the 31 economists surveyed by Bloomberg expect the RBA to keep current rates on hold, but say it’s only a matter of […]

Atlassian is one of a number of Australian businesses joining the ‘Not Business as Usual’ campaign in support of the Global Climate Strikes taking place on 20 and 27 September either side of the UN Climate Action Summit in New York. Co-founder Mike Cannon-Brookes plans to attend one of the […]

Cann Global Limited has had a volatile first week on the Australian Securities Exchange after listing on Friday 23 August. The company formerly traded under the name Queensland Bauxite, and has since transformed into a medicinal marijuana and hemp foods company. While the transformation has been “complex” for both the […]

Sydney identity and former politician Salim Mehajer is recruiting for a personal assistant, posting a job ad on his for his family’s Zenah Project Developments. Mehajer was released from prison in May after serving 11 months for rigging a NSW local government election in 2012. The former Deputy Mayor of […]

Online investment adviser StockSpot has released its 2019 Fat Cat Funds Report, naming and shaming the most overpriced and underperforming superannuation funds in Australia. Super funds managed by ANZ Bank, wealth managers AMP, MLC and Perpetual and life insurer Zurich were found to be the worst, with ’32 fat cat […]

Australian cryptocurrency exchange Independent Reserve has released its list of Australian suburbs that have become the “busiest crypto trading hotspots”. The list shows a growing number of cryptocurrency traders are based in suburban areas like Westmead and Baulkham Hills in Western Sydney and Hoppers Crossing and Cocoroc in outer Melbourne. […]

The 50 Best Places to Work 2019 guide has been released, with Salesforce retaining its prime position in the ‘over 1,000 employees’ category. Atlassian has dropped from 2nd place in 2018 to 9th in 2019, overtaken by Cisco, Hilton, Mecca Brands, Mars, REA Group, SAP Australia and even government agency […]

Australian-founded social media startup Linktree has attracted 3 million users in three years and claims it is on a growth trajectory rivalling unicorns Atlassian, Airtasker and Canva. Attracting prominent celebrities, influencers and brands has been a key part of Linktree’s growth strategy, with music moguls Pharell Williams and David Guetta […]

68% of smokers say they would be open to switching to so-called “better alternatives” like e-cigarettes if they had more information about them, according to new research from tobacco company Philip Morris. Just 43% of Australian smokers surveyed by Philip Morris feel they had all the information they need to […]