When Mark and Melissa Brown began exporting Gemtree’s ultra-premium certified organic Australian wine to China in 2016, the results were spectacular.

Australia had signed its free trade agreement with China in 2015 and the couple leapt at the opportunity the following year, hiring a team of Chinese-speaking professionals, getting certified and travelling the country extensively to understand the places they were selling to.

“The growth we saw was absolutely extraordinary,” Brown told Business Insider Australia. “I think of it as the ‘China wave’.”

“The appetite from the Chinese perspective to do business with Australia, in Australia, with a fully authentic brand that also had third-party endorsement from wine writers and so on.”

Five years on, things have changed dramatically. Geopolitics has put Australian-Chinese relations on ice, and export industries like barley, lobster and wine are bearing the brunt of a new trade war.

“China was a once in a lifetime opportunity. It will never happen again at that scale, ever,” Brown said.

Now the question – who will drink their wine now? – is being asked by the entire industry in the wake of the Chinese government’s decision last year to slap import tariffs on Australian wine, turning off the tap on a $480 million trade.

The dispute hinges on allegations by the Chinese government that Australia had been dumping cheap wine into the local market.

In the wake of that decision, the value of wine exports to China have fallen to just $14 million in the six months ending June, leading to a 10% decline in wine exports during 2020-21 to $2.56 billion.

According to recent modelling released by the Australian Bureau of Agricultural and Resource Statistics (ABARES), when China imposed tariffs of up to 218.4% in March 2014, the impact was immediate and likely to be felt through to 2025.

“I think that’s accurate,” Australia Grape And Wine CEO Tony Battaglene said. “China was prepared to pay big money for quality wine. It was our highest price market in the world.”

“At those [tariff] rates the bottled wine market has essentially closed.”

Australia has since responded by taking steps to raise a dispute with the World Trade Organisation in July, but with it likely to be years before a resolution, the development spells an end to the sector’s fairy tale run.

In the years following the China-Australia Free Trade Agreement, a complex series of relationships blossomed between the two countries as winemakers began to build the necessary infrastructure to enable trade.

While Australian winemakers exporting to other nations have typically relied on large distributors, the relationship with China was handled through a network of import-exporters operating with a traditional wine merchant model.

These were usually Australians of Chinese heritage with connections at home who would tour a region to find what they liked and then approach the producer about setting up a relationship.

And what they wanted was premium red wine.

As a luxury item, a bottle could be brought out at weddings and business meetings, or uncorked at reunions with old friends. It served as an instant signal that its bearer was not only experiencing upward social momentum, but that they had the sophistication to know what was good and how to get hold of it.

Australian winemakers were only too happy to oblige. But the process was not always smooth.

The Chinese market was just as complex as the US, which was notoriously difficult to navigate. The Australian government trade body Wine Australia runs courses on the US wine market which describe it as “not one country, but 50 separate countries each with their own regulations that haven’t changed since Prohibition”.

If what was true for Beijing was not always true for Chengdu, the other issue was logistics. Not knowing what happened when a container was offloaded at the port was dangerous, and leaving a shipment to sit for a couple of months in a humid warehouse risked disaster.

With the drop off in trade, the industry is now looking for new opportunities.

One option is for producers to stitch together two or more export markets like South Korea and Vietnam, while others are eyeing off the recently signed free trade agreement with the UK or the rise of the Indian middle class.

The zero-sum nature of the global industry also means that as high-end winemakers in France, Spain and Chile move to take up Australia’s position in China, it may open up gaps in other markets for producers of premium wine.

While some regions like the Barossa in South Australia have a higher exposure to China, Jennifer Lynch, CEO of McLaren Vale Grape Wine and Tourism Association said her region only exported 10% of its crush to China and so local businesses are now looking to leverage any gaps in the market.

“We need to re-home about half a million cases, ideally, in export values and ideally in high value and profitable export markets,” Lynch said.

“So long as Australian producers, as they are, continue to remain flexible and agile, there will be opportunities to rehome these highly profitable wines too.”

Even if there is hope, there is recognition that the next few years will not be easy, especially in the wake of the pandemic and a record 2021 vintage. Oversupply will put grapegrowers under pressure, while navigating new trade export markets is not easy.

“The short-term answer is no one will be able to take up the market,” Battalenge said. “There are other markets growing strongly, which are those south-east Asian markets. But they don’t have the population of China.”

For his part, Brown says the change in circumstances is positive in that it serves as a cautionary tale about becoming too dependent on one income stream.

“China might be a dent in our income, it’s not the end of the world,” Brown says. “I still want to sell to China, but it’s about making sure your business has the structure, the plan and the base to make decisions that aren’t reactionary.

“China has sent us a great message. It’s not about saying, ‘No, I’m never going to do business with them again’ – it’s about making sure we have choice.” 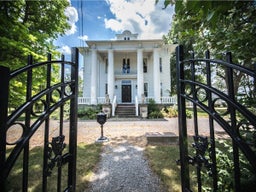 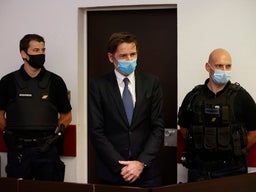