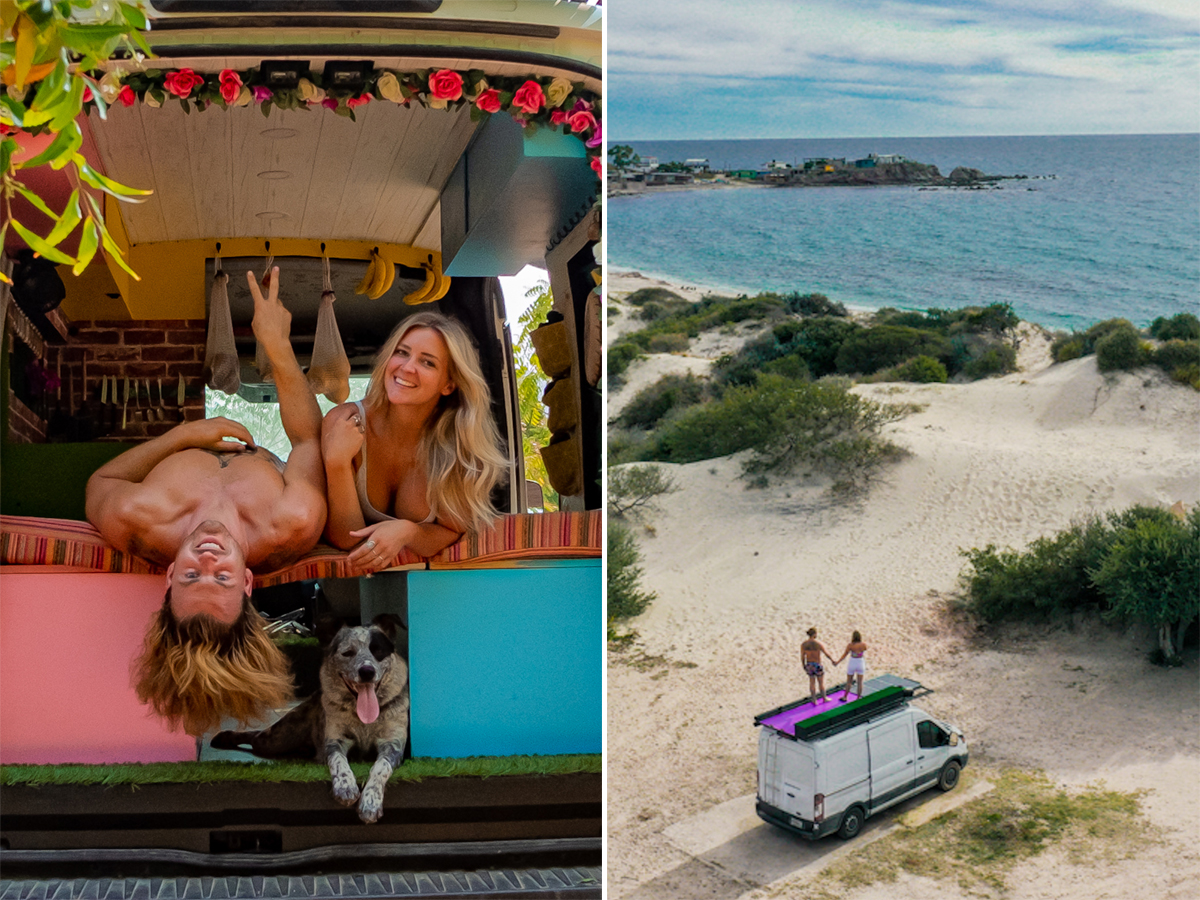 Exploration LaneMietta Feery and Christopher Beer are living in a van in Mexico amid the coronavirus pandemic.

Mietta Feery and Christopher Beer have been travelling the world together by van for a year. 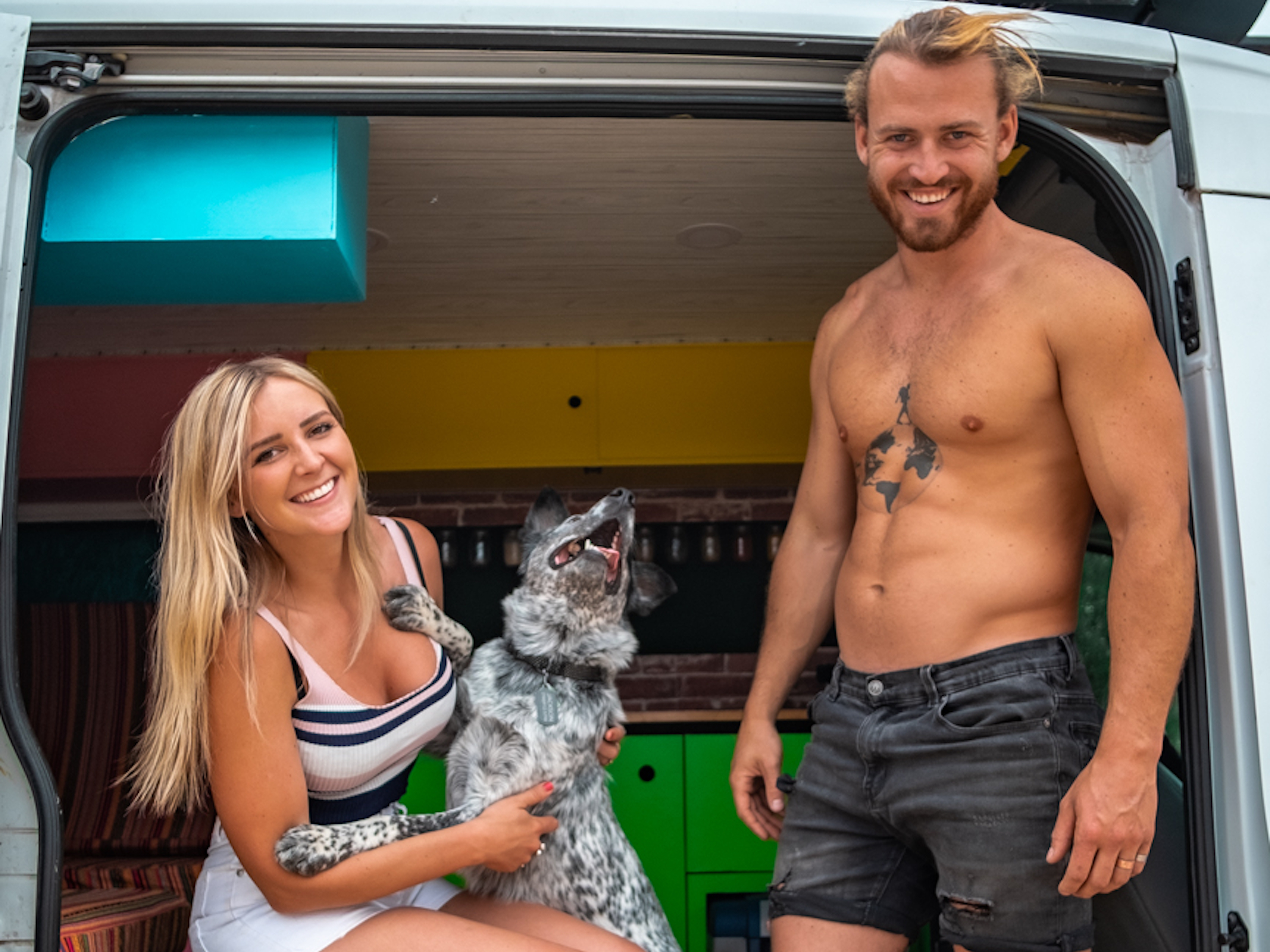 Exploration LaneThe couple live and travel in a van.

“When Chris and I first began dating, I had plans to go on a solo six-month trip to South America,” Feery told Insider.

“My dream for my life has always been to travel and see as much of the world as I can,” she added. “But we both knew that if I left for a six-month trip that early on, we wouldn’t continue dating, and Beers had just landed a new job, so he wasn’t in the position to come with me.”

“Beers proposed that if I didn’t leave for my trip, he promised to take me around the world. Four years of saving later, and he kept his promise,” she said.

At first, it was just the two of them, but they rescued their dog Jackson in September 2019, making them a party of three.

Their plan is to travel for three years, and they have already been to four countries. Exploration LaneThe couple set out to travel for three years.

The couple told Insider that they have been to 30 states in the US, as well as New Zealand, Canada, and Mexico, which is where they are located now.

Their van allows them to travel wherever they want, and it gives them the flexibility to pick up at a moment’s notice.

The van is equipped with a stocked kitchen and plenty of storage space. 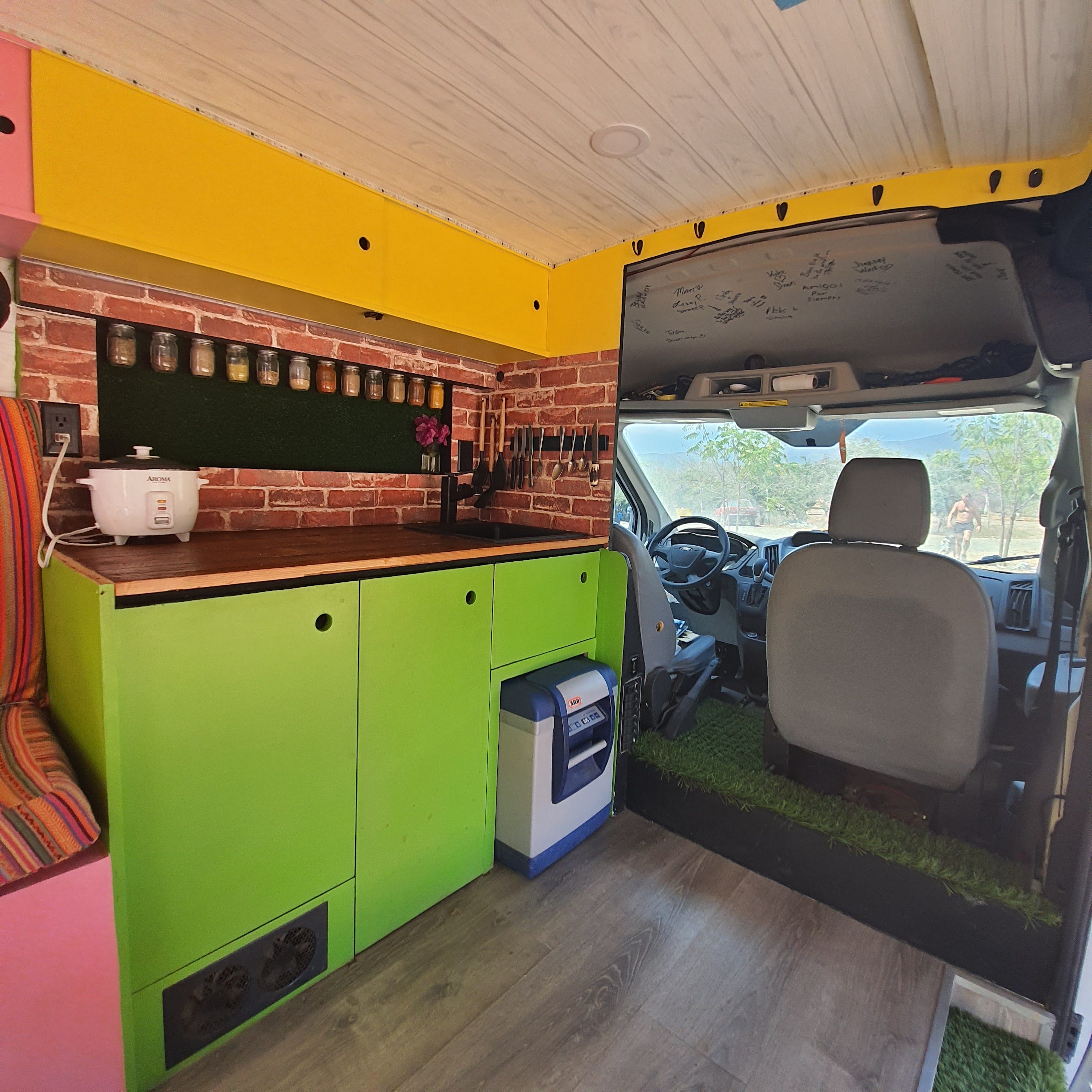 Exploration LaneThe van has a kitchen.

“In the cabin under the front seats, we have our batteries, inverter, and solar charger which powers all of the electrics in the van,” the couple told Insider.

“Behind the cabin, we have the kitchen,” they explained. “The pantry storage is up top, and stored underneath the bench and countertop is our 20-gallon water tank, pump, and storage of all utensils.”

“It has a kitchen with running water, a gas cooker, a pantry, utensil space, and a refrigerator,” the couple added.

The back of the van serves as the couple’s living space. 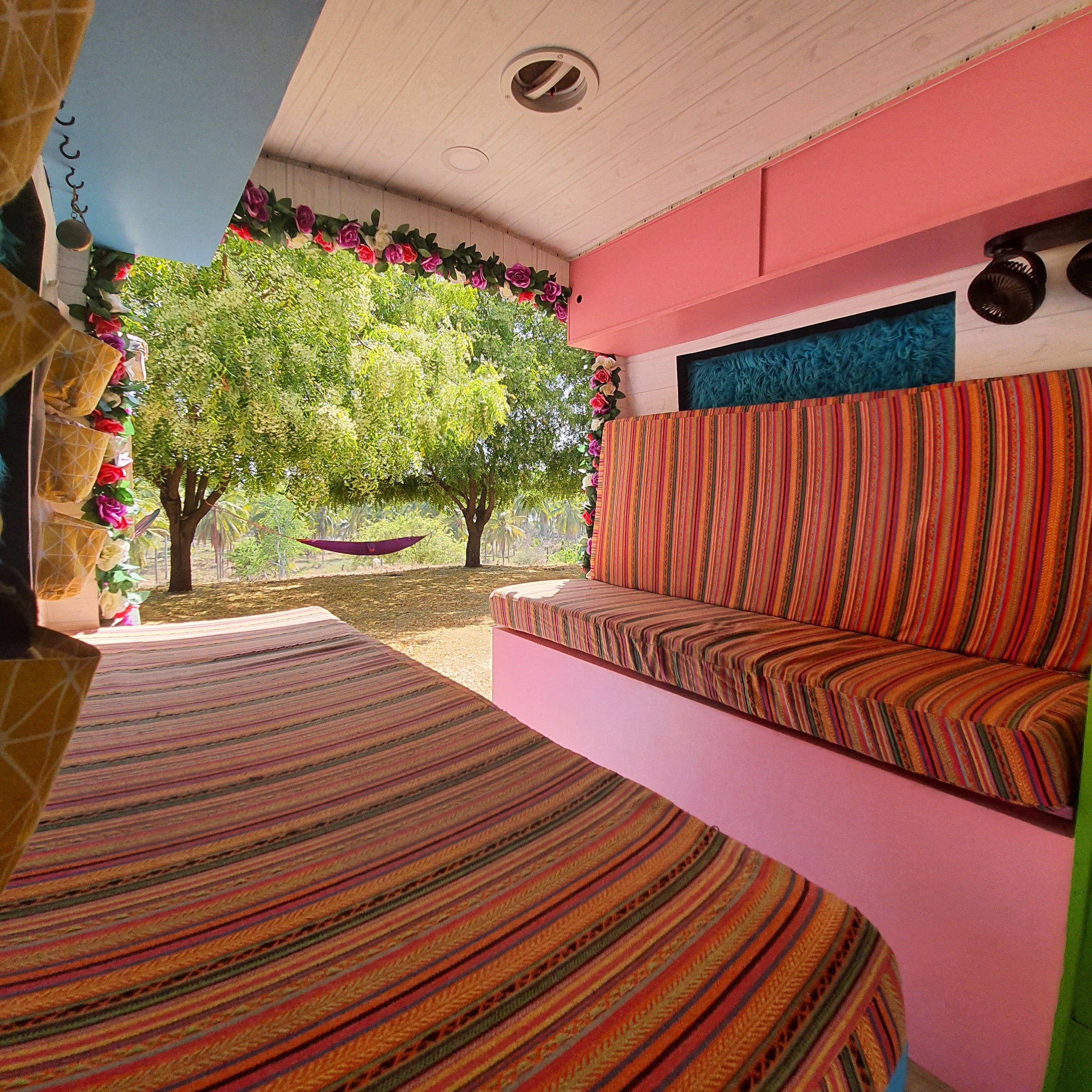 Exploration LaneThe benches fold out into their bed.

“There are two couches – with storage underneath – that fold out to our bed at night,” they said of the area. “Above the couches are our wardrobe storage. We’ve also made a little patio space on the roof of the van, and amongst that area, there are solar panels, along with extra storage.”

“It doesn’t have a bathroom,” they said, speaking of the van. “We’ve always stopped to use public restrooms if we’re on the road.”

They bathe at gyms and paid showers, and they are in the process of building a new outdoor shower.

When the coronavirus hit, the couple had to put their travels on hold. Exploration LaneThe couple decided to stay in Mexico during the pandemic.

“We were boondocking and freedom camping in the state of Jalisco, but as some businesses and towns began to shut down, we knew it was only a matter of time before we would no longer be able to freedom camp and not have a fixed address,” they said.

They had to decide whether to stay in Mexico or go home to Australia. After mulling it over, they chose to stick it out where they were.

“We didn’t want to go home only to be stuck in isolation anyway, and not be able to see any of our friends and family, spend thousands of dollars on flights, be quarantined for two weeks in isolation, flood airports, and put ourselves and everyone around us at risk,” they told Insider.

They would have also had to figure out where to live, and what to do with their van, as well as deal with pet importation laws if they returned to Australia.

“We figured we would be better off to just wait it out here,” the couple said.

They’re currently residing at Rancho Buganvilias on the Pacific coast of Mexico. Exploration LaneThe couple is parked at a ranch.

“It’s paradise – 10 acres overlooking an incredible beach,” they said of the ranch.

“It’s really beautiful, and the owners at the ranch are the selling point,” the couple added. “We couldn’t have gotten stuck with more amazing people. These guys are so supportive, welcoming, and have had our back from the start.”

“They have made us a part of their family,” they said. They eat together, go for walks together, and the owner even has dogs that play with Jackson.

“With all this bad stuff going on in the world, we barely notice it because of where we are and who we are with,” they told Insider.

They’re isolated at the ranch, only coming into contact with people who live there. Exploration LaneThe ranch is on a beach.

They only see others when they go to town for supplies.

“Our hosts always take us into town to get groceries, water, gas for cooking, and whatever other essentials we may need,” they added.

The couple said it’s a nice break to be in one place for more than a few days. Exploration LaneThe pandemic is allowing them to be stationary.

“The most fun aspect right now would probably be the fact that we’re experiencing life and living in Mexico,” the couple said of their current situation.

“We’ve been travelling nonstop for over a year, and although the circumstances aren’t ideal, it’s giving us time to refresh and relax.”

They pay to park at the ranch, and their hosts said they can stay indefinitely. Exploration LaneThey can stay at the ranch as long as they want.

“It’s very affordable and the expense of fuelling our van while we were travelling was much more than what we pay to stay here,” they told Insider. “We’re actually saving money at the moment.”

But it is challenging that they don’t know what the future holds, particularly because they have some uncertainty in regards to their visa status.

“There are unfortunately no answers to anything at the moment – when or if things will go back to normal,” they explained. “Our visas run out next month, so that’s going to be an issue we’ll have to deal with by leaving the ranch and driving 18 hours to the US border to try and renew our vehicle import permit and our visas.”

“We planned to travel for three years, and of course, we didn’t plan for a pandemic,” they told Insider. “No one did. The decisions we make are made under the best circumstances we have, and this decision wasn’t made lightly,” the couple said.

“It’s obviously not ideal, but we’re still making the most of the situation we’re in,” they added.