Australian consumer price inflation (CPI) has come in well below expectations for the March quarter, opening the door to a potential rate cut from the RBA next week.

Markets had been expecting an increase of 0.2%, leaving the annual increase unchanged at 1.7%.

The most significant fall occurred in transport (–2.5%), due to automotive fuel (–10.0%) falling for the third consecutive quarter, said the ABS.

Food and non–alcoholic beverages prices also slid, declining 0.2% thanks in part to a sharp 11.1% fall in fruit prices.

Those falls were partially offset by strong price gains in secondary education (+4.6%), medical and hospital services (+1.6%) and pharmaceutical expenses (+4.8%).

The table below, supplied by the ABS, reveals the quarterly and annual changes in prices by individual category.

Mirroring the weakness in headline inflation, core inflation — that which removes volatile price movements — increased by just 0.15% over the quarter, a significant outcome given the RBA watches this closely to formulate its inflation forecasts.

Not only was this well below expectations for an increase of 0.5%, it was also the lowest quarterly increase going back to 2003.

As a result, the annual increase slowed to just 1.55%, the weakest year-on-year increase on record. This too was well below the 1.95% pace expected, and miles below the 2-3% medium term inflation range targeted by the RBA.

The chart below tells the story.

Safe to say, financial markets have been stunned by the weak core inflation reading, with the chance of a 0.25% rate cut from the RBA soaring in the minutes following the CPI release.

Cash rate futures currently put the odds of a rate cut on May 3 at around 50%, well above the 13% level seen before the data was released.

The increased likelihood of a rate cut has seen the Australian dollar plunge like a stone, falling over 1% against the US dollar in the immediate aftermath of the release.

Australian stocks have also reacted to the weak inflation print, albeit in the other direction. The benchmark ASX 200 index currently sits up 0.96% at 5270.8.

The only question now is whether the weak inflation print will be enough to warrant a rate cut from the RBA next week, something many deemed to be highly unlikely before today’s release.

For months the RBA have kept a mild easing bias in place, indicating that rates were likely to move lower rather than higher on a scale or probabilities.

“New information should allow the Board to assess the outlook for inflation and whether the improvement in labour market conditions evident last year is continuing,” said RBA governor Glenn Stevens in the RBA’s April monetary policy statement. “Continued low inflation would provide scope for easier policy, should that be appropriate to lend support to demand.”

Recent labour market data has been mixed, with “new information” on inflation surprisingly weak. On those grounds alone, there is now a real risk that the cash rate could be reduced next week.

Whether that occurs will come down whether the RBA believes that it will lend support to the domestic economy, along with the outcome of tomorrow morning’s US Federal Reserve policy meeting. 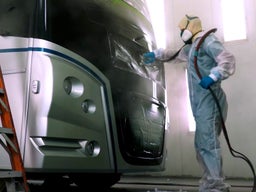 How Winnebago RVs are made 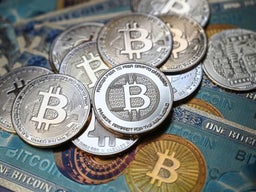