AP Photo/Fareed KhanFire brigade staff try to put out fire caused by a plane crash in Karachi, Pakistan, on Friday.

A pilot on board a plane carrying 107 people that crashed in Pakistan on Friday warned of engine trouble in a final distress call.

“We have lost two engines. Mayday, mayday, mayday,” a pilot can be heard saying in audio published by Live ATC, a website which gives access to air traffic control radio transmissions.

Sky News published the last seconds of the feed before it went dark:

In the mayday call, the pilot can be heard saying that the plane has lost its engines.

There are 'no survivors' after the plane crash in Karachi, read more here: https://t.co/Xu6ZzKS2CE pic.twitter.com/mIraPV8SXb

Air Vice Marshal Arshad Malik, the chief executive of the airline, told BBC that the pilot had reported “technical difficulties.” 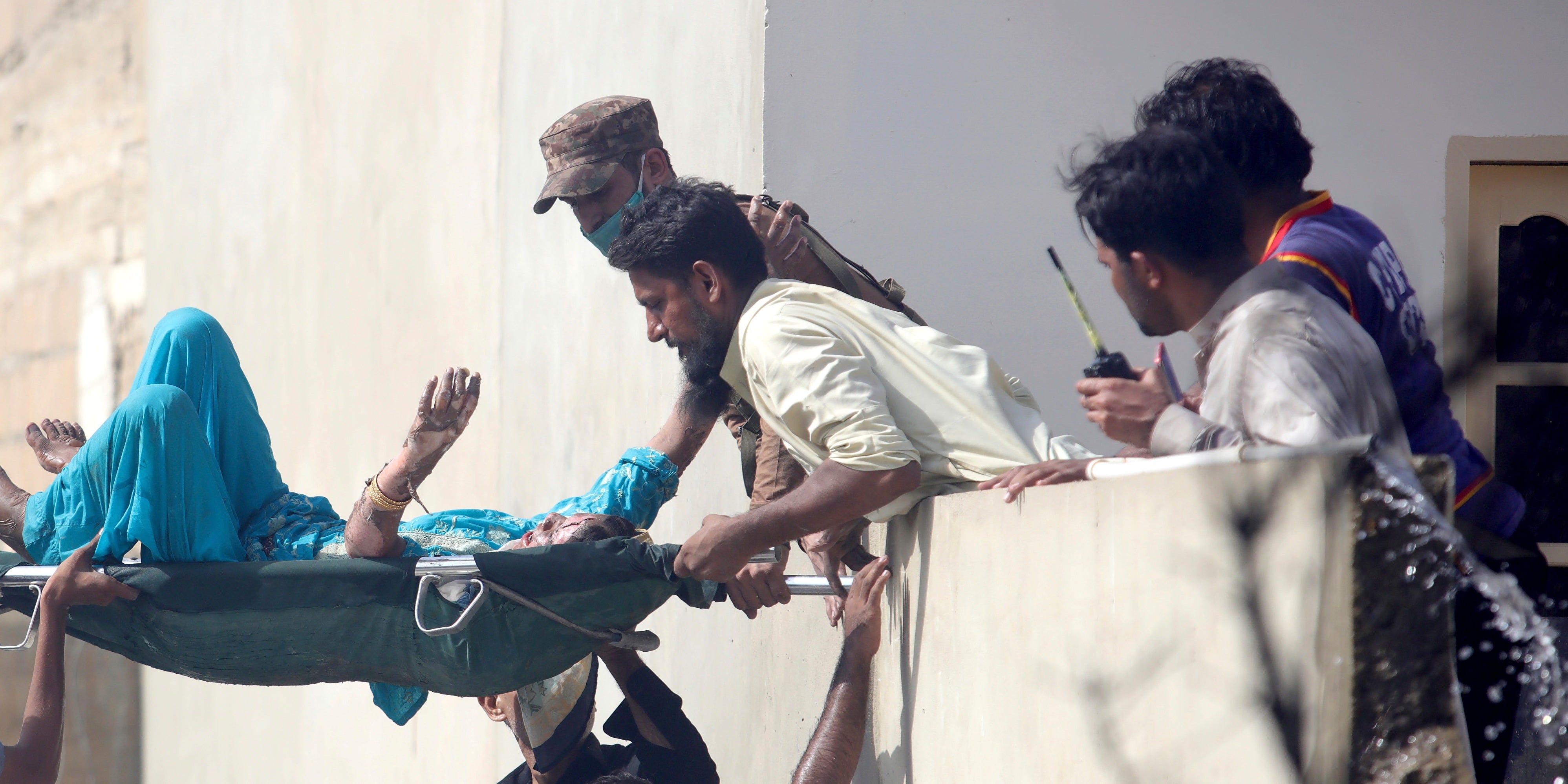 AP Photo/Fareed KhanVolunteers carry an injured person at the site of the crash in Karachi on May 22.

Pakistani Prime Minister Imran Khan tweeted he was “shocked and saddened by the PIA crash” and promised an “immediate inquiry.”