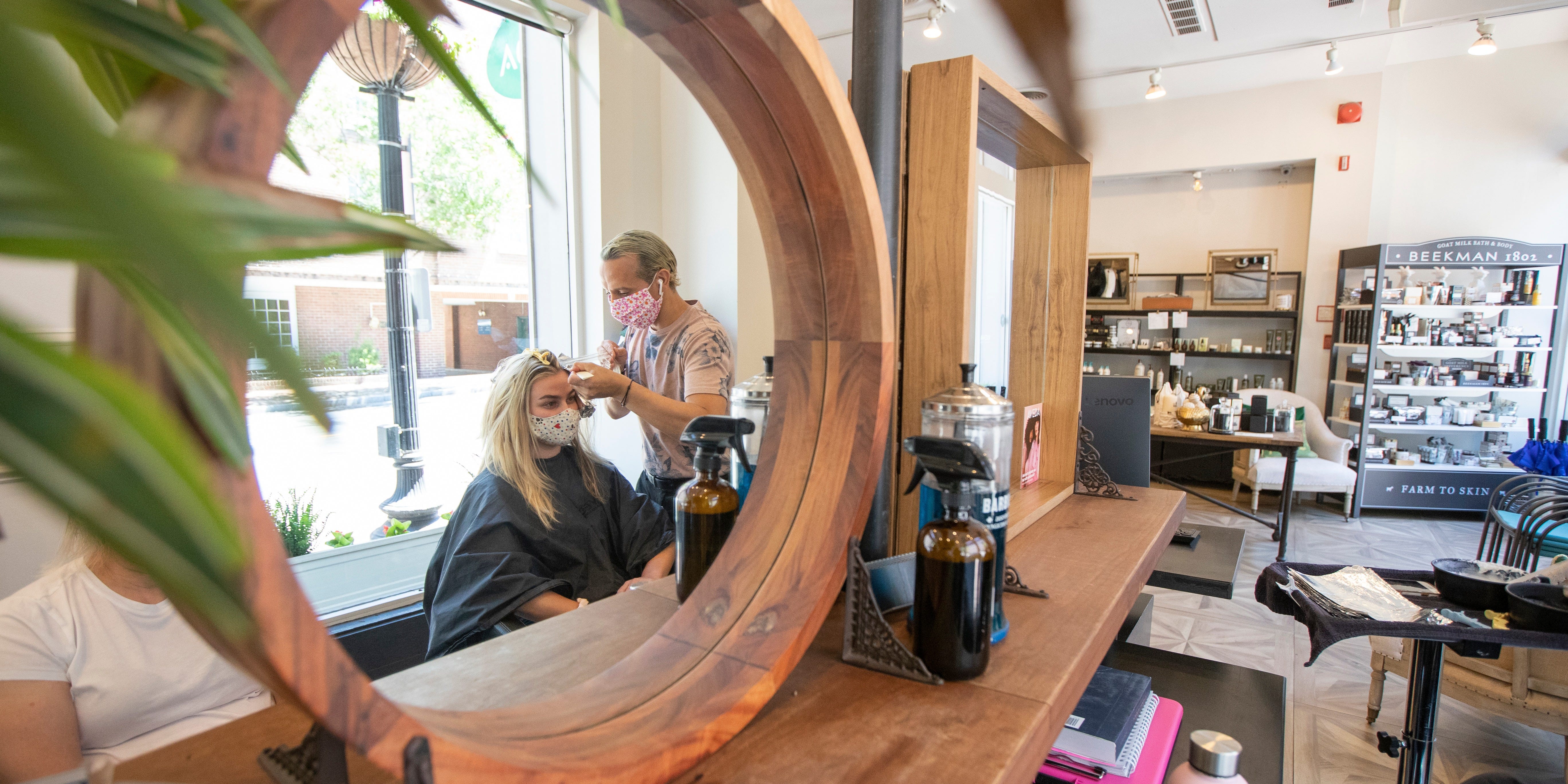 Associated PressFILE- In this June 1, 2020, file photo hair stylist Zak Moukhtabir works on the hair of Cheyenne Foster at the Georgetown Salon & Spa in Washington. The Trump administration does not have to issue an emergency rule requiring employers to protect workers from the coronavirus, a federal appeals court ruled Thursday, June 11. (AP Photo/Manuel Balce Ceneta, File)

States across the US are on the path to reopening their economies after months of a patchwork of “stay-at-home” orders put in place to stem the spread of the novel coronavirus.

The White House released a set of criteria that states are recommended to meet before reopening. As of Friday, only seven states have met all of the criteria, according to a ProPublica analysis.

Coronavirus cases in the US have been on the rise, with the country recording the biggest jump in new cases within a 72-hour period earlier this week. A leaked CDC document named the US as the worst of 10 major countries in their response to the COVID-19 pandemic. As of Friday night, the US had reported over 2 million cases and more than 114,000 deaths.

Wow. The U.S. has recorded a 36% increase in daily COVID cases (rolling average of last three days), according to a CDC documented obtained by @YahooNews.

One expert said that as we address the rise in cases, the frame should be shifted from a focus on a “rushed reopening” towards a delay in establishing a cohesive testing and contact tracing strategy.

Danielle Allen, director of the Edmond J. Safra Centre for Ethics at Harvard University, joined more than 30 other cross-disciplinary experts to co-author detailed guidance, titled “Pandemic Resilience: Getting It Done,” on the necessary levels of testing and tracing to safely reopen communities.

Allen said reopening the US came more-or-less “when it should have been,” but “we should have had those tools of suppression in place by the time we reopened.”

She told Business Insider that the discrepancy in the US’ shortcomings in dealing with the coronavirus lies in its approach of simply putting a band-aid over the problem rather than taking a head-on approach to suppress the disease.

“What our strategy boils down to fundamentally is a choice of suppression – getting back to near zero case incidents – as the right strategy rather than mitigation, which is just about slowing the spread,” Allen said.

“Most states have reopened with a mitigation strategy in place rather than a suppression strategy,” Allen told Business Insider, “and our view is that this is a mistake because it does not provide a sufficiently secure foundation for full opening and fully stable opening.”

As of June 12, the US has administered more than 23 million coronavirus tests, and nearly 2.5 million tests came back positive, according to the Centres for Disease Control and Prevention. By comparison, the Harvard experts’ “Roadmap to Pandemic Resilience” called for 5 million tests to be completed per day, which would be scaled up to 20 million tests per day by the end of July.

According to a report from Stat News at the end of April, many states fell short of the necessary testing levels needed to safely reopen by the start of May, which was when federal guidelines on social distancing expired. 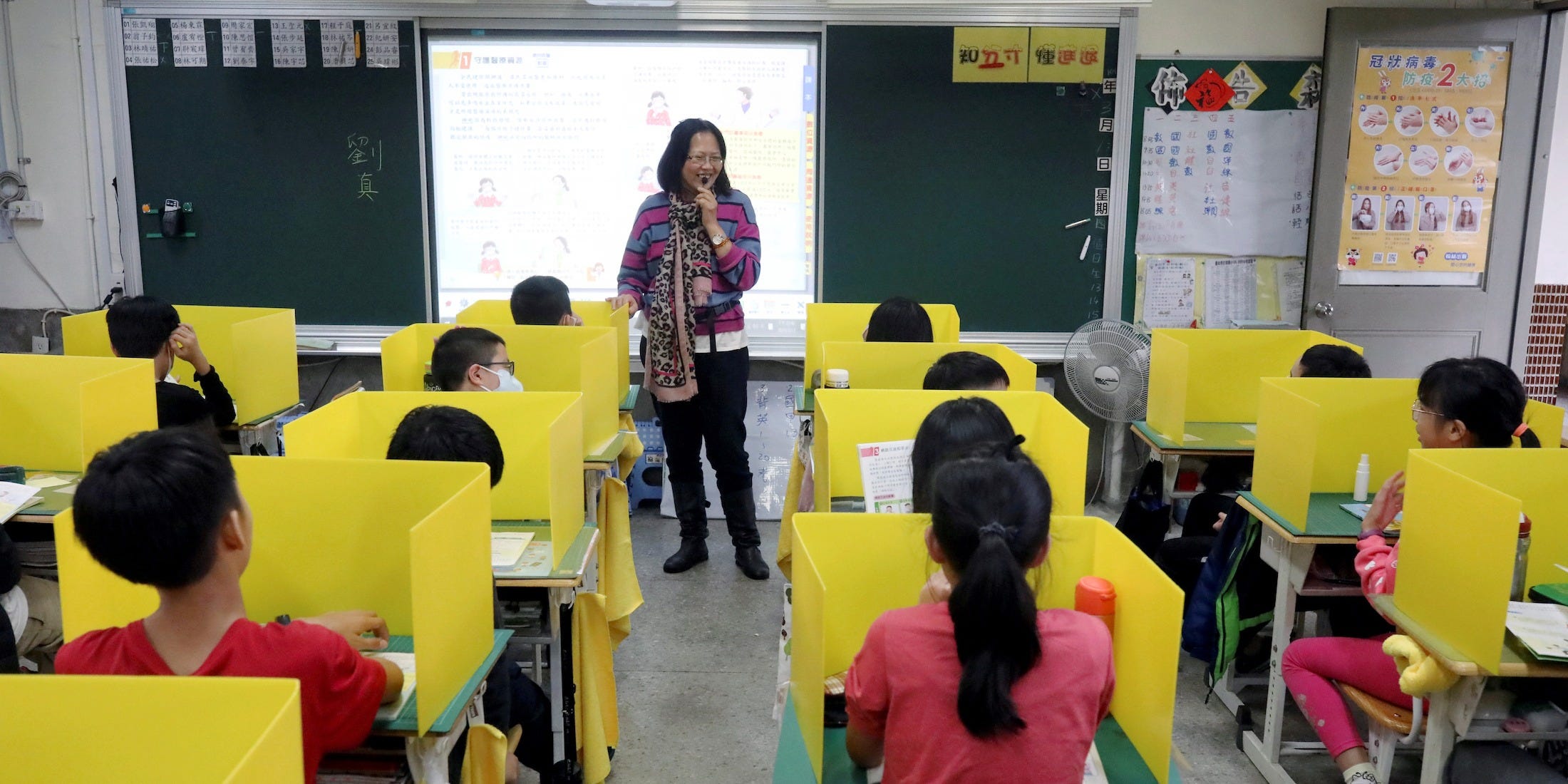 Ann Wang/ReutersPupils sit in desks with yellow dividers, set up as a measure against the coronavirus disease (COVID-19), at Dajia Elementary school in Taipei, Taiwan March 13, 2020.

She said the strategy of suppression has been used and thus far proven successful in a number of other countries, including Taiwan, New Zealand, Australia, Germany, and South Korea.

Taiwan saw GDP growth at 1.67% in the first quarter of this year – the slowest in five years – but it showed the country was on the road to economic recovery in light of the pandemic.

Though the US has already embarked on phased reopening in a number of states, Allen said there is still time to establish an unmitigated, proper testing and contact tracing system to suppress new cases and eventually achieve zero new incidents.

“So it’s not the reopening that was rushed – it’s the delay to build the tools of suppression that’s the problem,” Allen added, “and people need to reorient the frame on that one.”