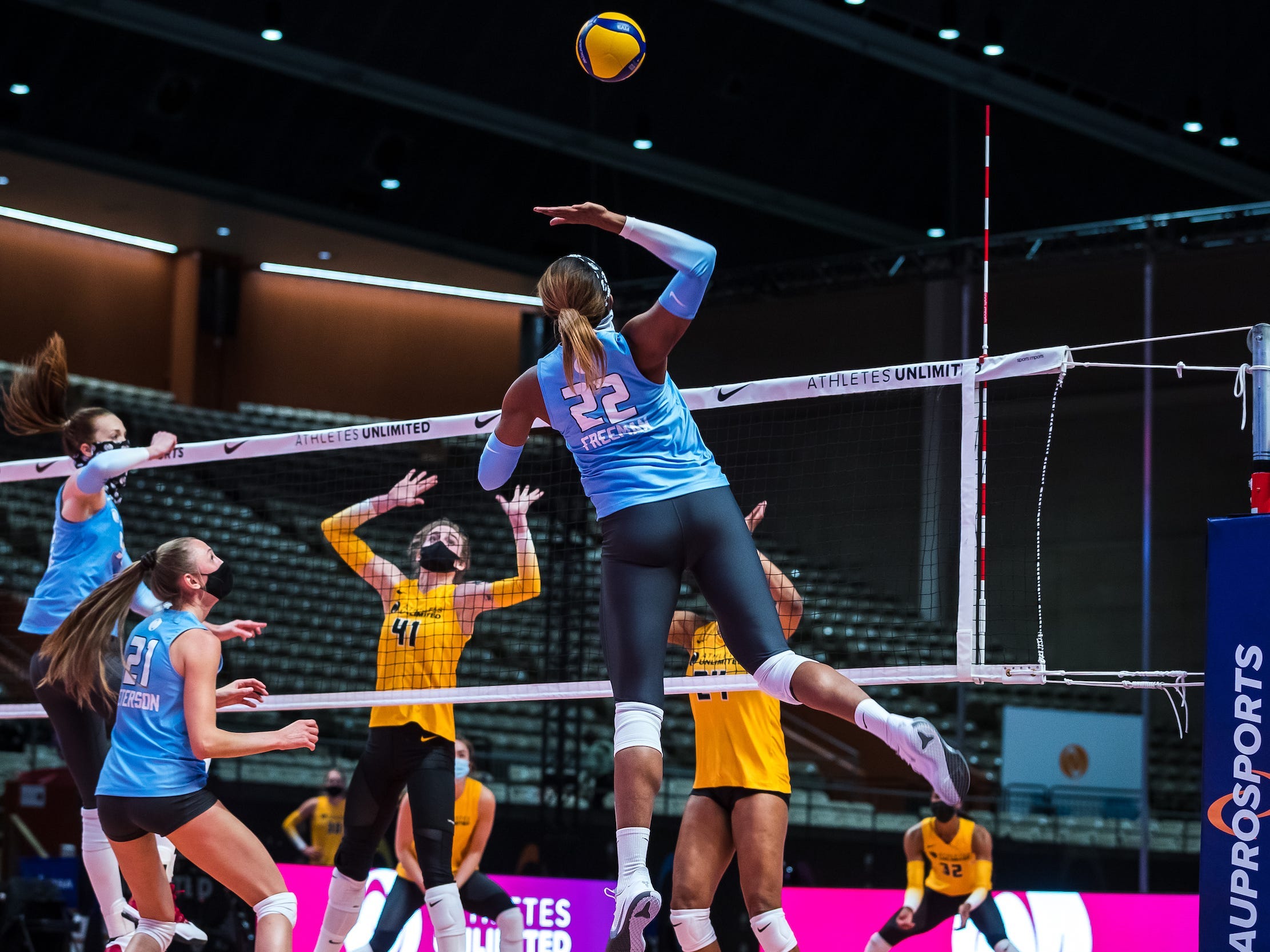 Athletes Unlimited is just days away from serving up its inaugural volleyball season, but the network of professional women’s sports leagues known for debuting with softball last summer already has some heavy hitters on its bench.

With 44 of the best volleyball players on the planet ready to compete and games scheduled to broadcast on national television and stream across various platforms, Athletes Unlimited has locked in a long list of partners, including Nike, Gatorade, GEICO, Hyperice, and more. The haul of corporate sponsors is a particularly impressive feat for a women’s sports league in its debut season, signifying the uptick in both fan and brand interest in women’s athletics across the board. 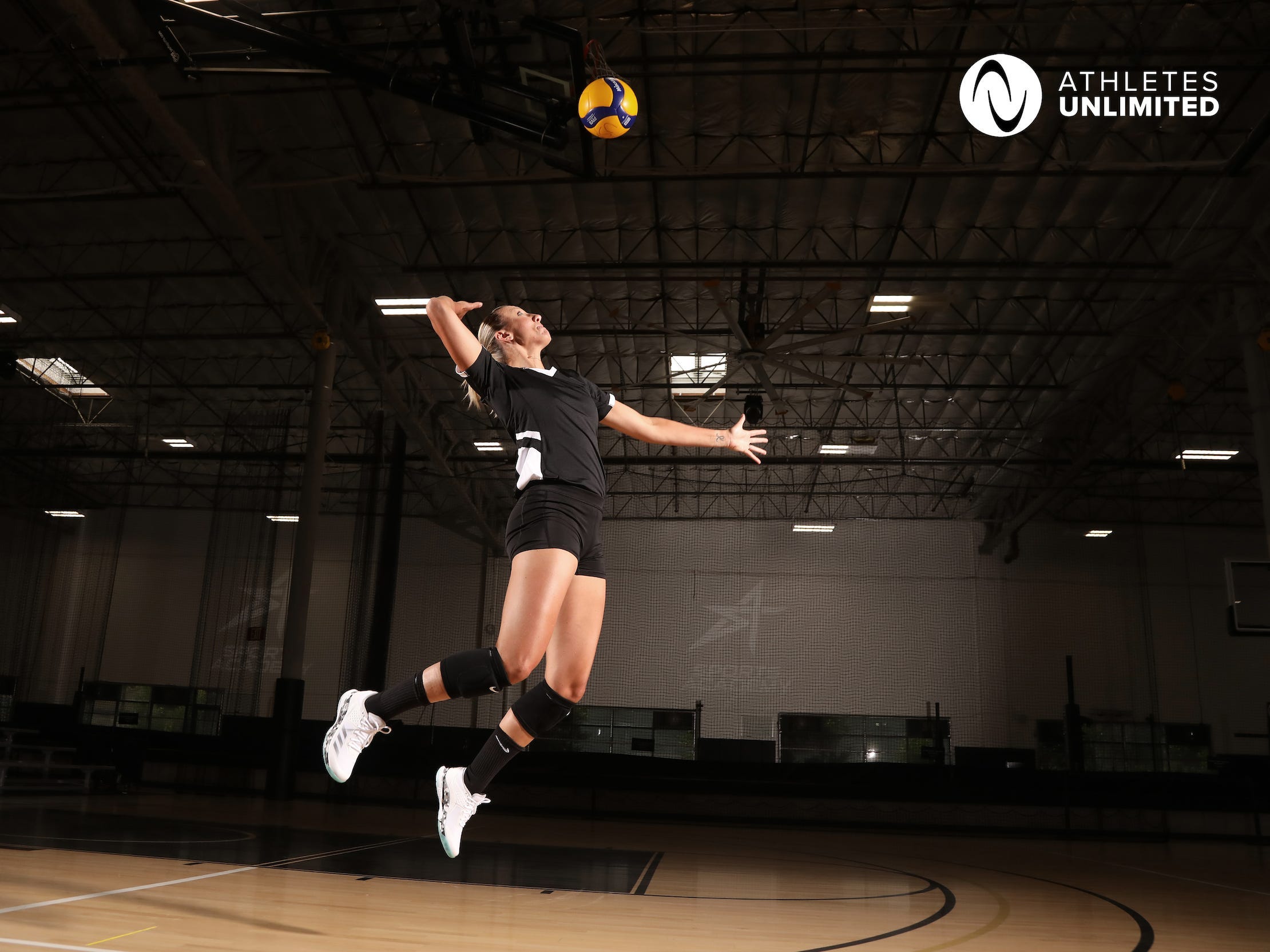 © Athletes Unlimited, LLC 2020 / Credit: Jed Jacobsohn44 of the best volleyball players on the planet – including Team USA captain Jordan Larson – will compete in an innovative, athlete-centered season beginning next week.

“We’re so proud to be welcoming back a number of our partners from the softball season to volleyball, really proving the whole strategy behind us having a network of pro sports leagues,” Athletes Unlimited CEO and co-founder Jon Patricof told Insider. “And then we’re really excited to announce as well a number of new partners as well, that are joining us as of now.”

“It is tremendous. We’ve been able to put in place a number of things that are important to brand partners,” he added, citing the league’s “world-class athletes,” fan engagement, and broadcast partnerships as major draws for sponsors.

Nike will become the official uniform partner for Athletes Unlimited’s volleyball league, outfitting players and staff for games and practices alike. The leading athletic footwear and apparel company is a huge get for the first-year league, especially considering Nike makes the official jerseys for many of the United States’ most popular sports leagues. 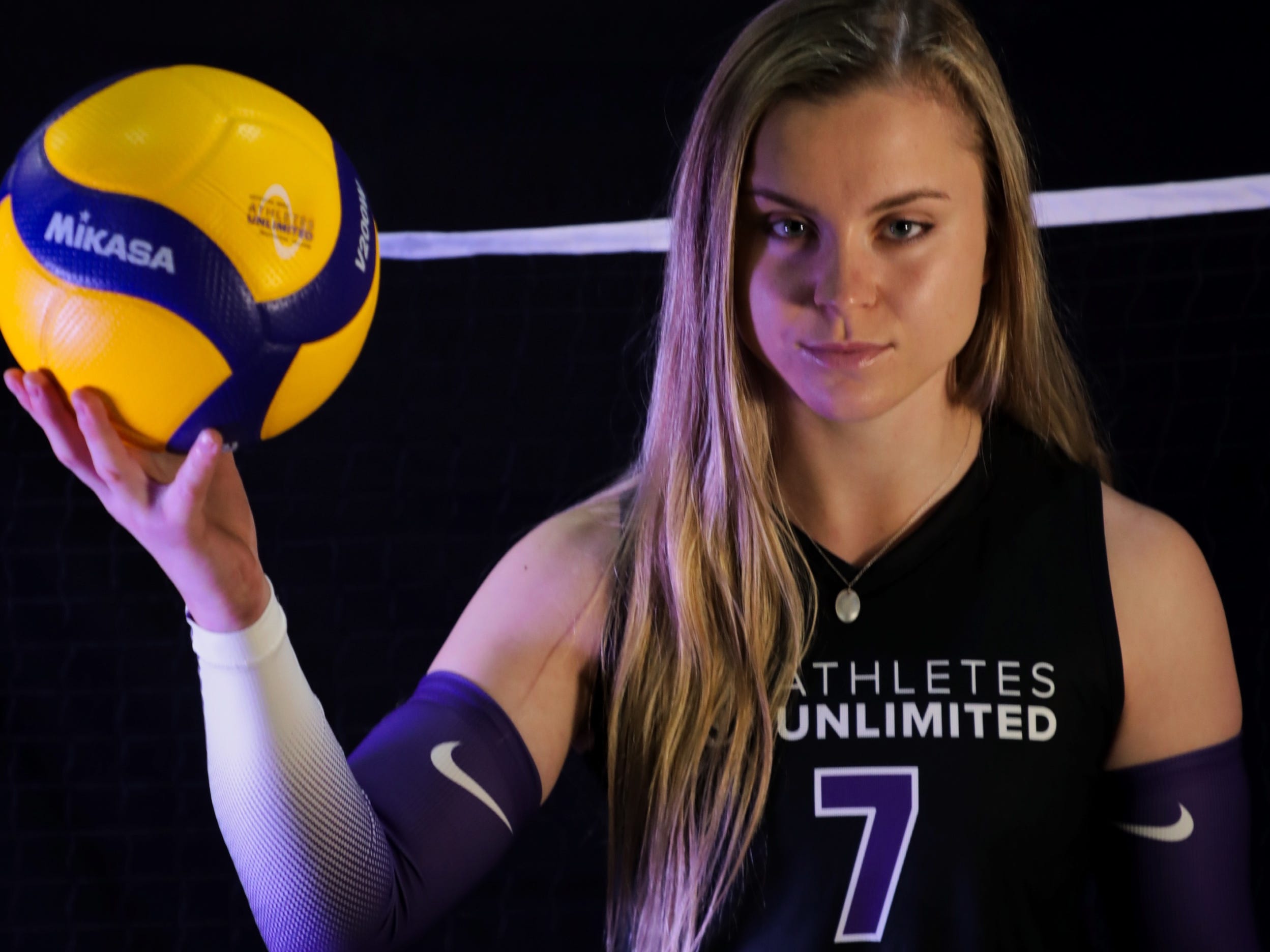 GEICO also headlines the slate of on-court sponsors of the 2021 season, which kicks off at Fair Park Coliseum in Dallas, Texas, on February 27. The league’s signature insurance partner will bring the Athletes Unlimited leaderboard to life, highlighting individual performances and statistics during the five-week campaign in addition to presenting the Defensive Player of the Week and Defensive Player of the Year awards.

“They’re really getting behind our content initiative and really being able to help us advance the storytelling we’re going to be doing,” Patricof said of GEICO. “Not just with our broadcast partners, but on our own channels.”

Gatorade – another major player in the professional sports space – will serve as the league’s official sports drink. And the volleyballs used for official gameplay throughout the season will come courtesy of Mikasa, one of the world’s leading athletic ball manufacturers. 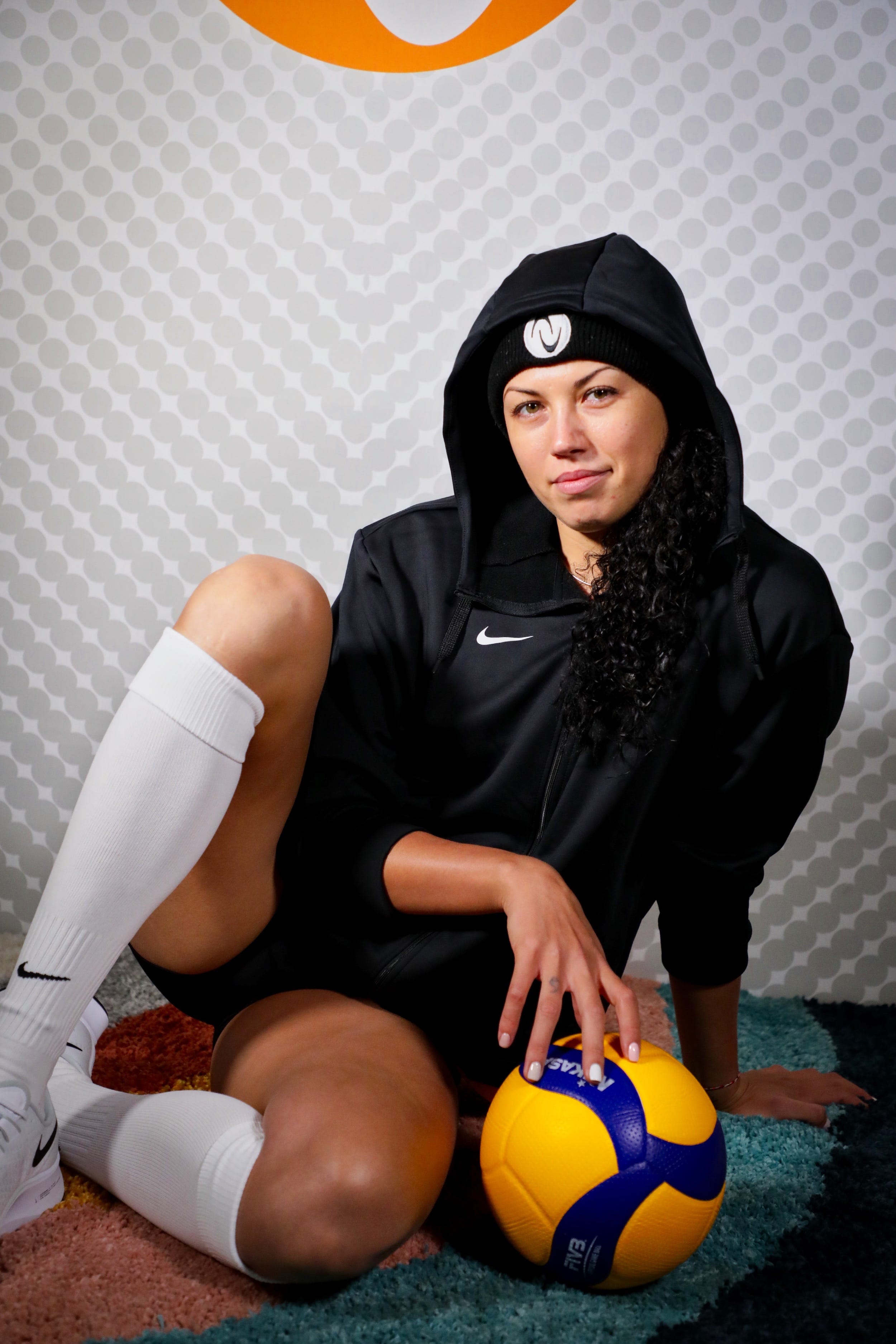 When it comes to recovery, the athlete-led league has its players covered with the Athletes Unlimited Innovation Lab, which will offer athletes access to Lasso Gear’s athletic compression performance socks, VKTRY’s performance insoles, and the NeuroFuel mental training app. Additionally, Hyperice – Athletes Unlimited’s official recovery technology partner – will provide its Hypervolt percussion massage devices and Normatec compression systems to help athletes with the bumps and bruises they pick up in the heat of competition.

Players will also be able to decompress in the bubble thanks to WEST+WILDER, the canned wine brand signed on as the official wine partner of the inaugural volleyball season.

“One of the things that’s very unique about Athletes Unlimited is that there’s heavy involvement from athletes across the board, including in our partnerships,” Patricof said. “The athletes work with us, and we keep them apprised of discussions, and a number of them join us on calls with partners.” 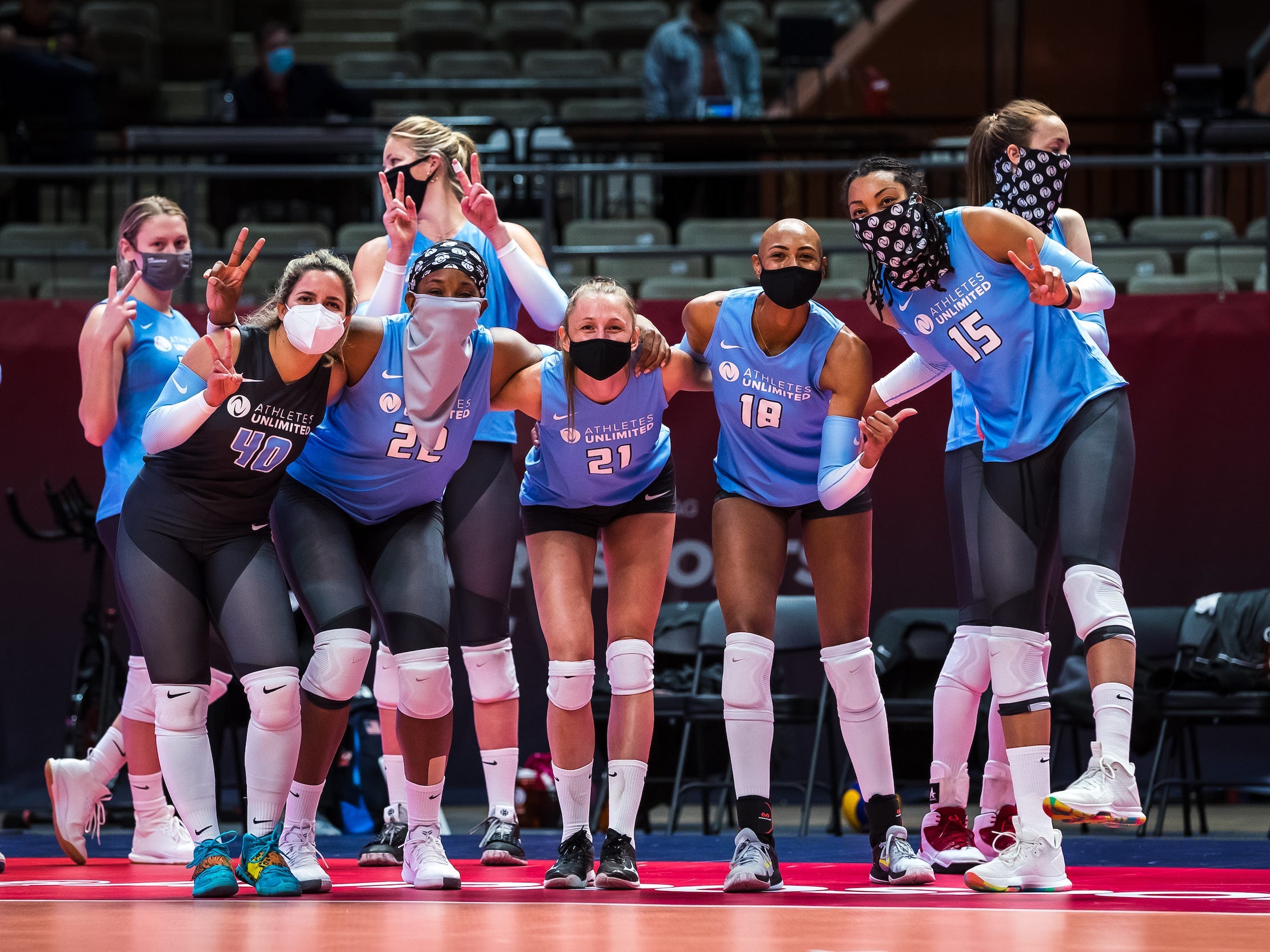 Mariner Wealth Advisors rounds out the impressive array of sponsors backing the upcoming season. As Athletes Unlimited Volleyball’s official wealth management partner, the brand will offer personal financial literacy training to athletes in addition to donating to Athletes Causes, the charity arm of the league.

“With every partnership, we take an approach of ‘How can we either make the fan or athlete experience better?'” Patricof said. “And that’s the same thing the partners are looking for. They really want to be meaningfully involved in the league.” 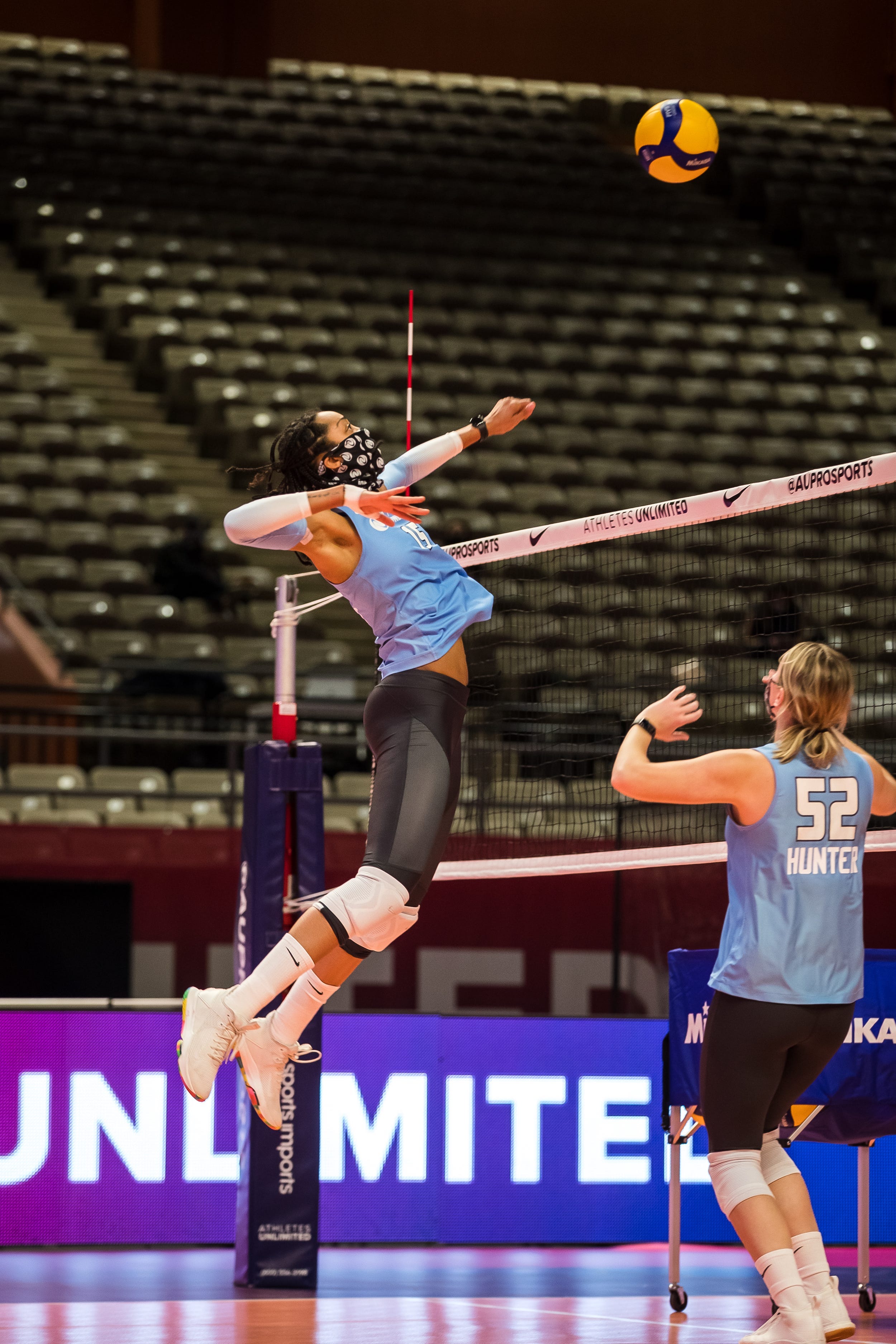 “The days of just putting your logo somewhere are far gone,” he added.

The inaugural Athletes Unlimited Volleyball season kicks off Saturday, February 27, and runs through the end of March.