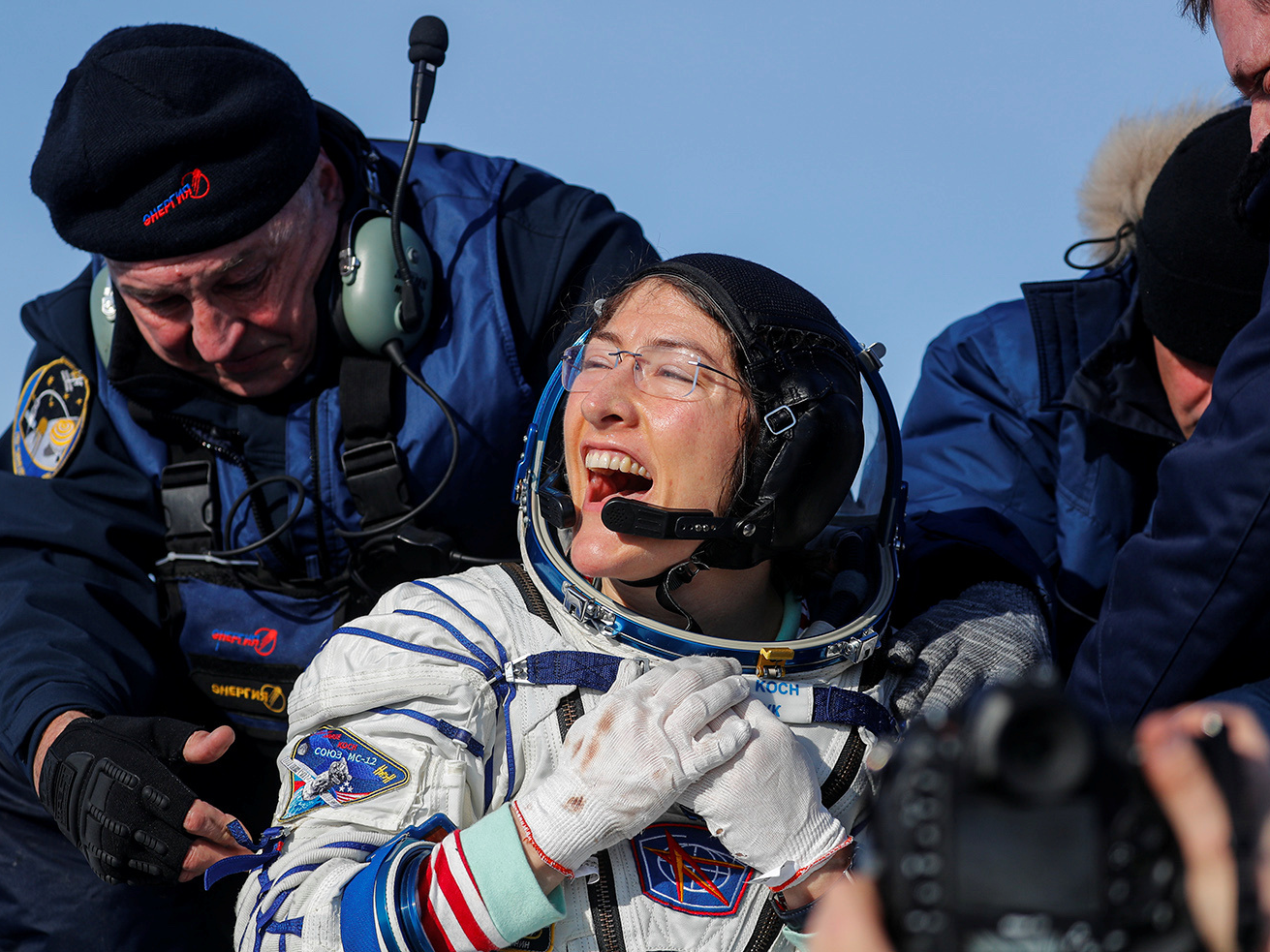 NASA astronaut Christina Koch said she “felt like a baby” after returning to Earth from a record-breaking 328 days in space, the longest space mission ever achieved by a woman.

Speaking at a press conference on Wednesday, Koch said that aside from a few neck pains and balancing problems, she was readjusting well to gravity and enjoying being back on Earth, CNN reported.

“I felt like a two-week-old who was actually working hard to hold up my own head,” she said, describing her first few days back in gravity.

The Michigan-born astronaut, who returned from the International Space Station (ISS) on February 6, set the record for the longest spaceflight by a woman and also took part in the first all-female spacewalk in October last year.

Koch also revealed that she returned home to Galveston in Texas to a kitchen filled with her favourite food – chips, and salsa – and the first thing she did was relieve her cravings for it.

And then there was this. pic.twitter.com/5D2GVUCfRm

The 41-year-old also couldn’t wait to be reunited with her rescue puppy, LBD, which stands for Little Brown Dog. She made a point of taking it to the beach with her husband, three days after she landed in Kazakhstan, according to Sky News.

“I’m not sure who was more excited to see the other,” she said.

The electrical engineer-turned astronaut said she counted herself lucky to not have suffered more serious ailments.

Astronaut Scott Kelly, who holds NASA’s record for spending 340 days in space – the longest single space flight ever – reportedly still had sore feet and burning skin three months after ending his mission in 2016.

Being in space for long periods of time can affect the human body in many different ways.

Side-effects include a significant loss of bone density and a drop in muscle mass, Business Insider reported last year. The lack of gravity on the International Space Station can also cause astronauts’ hearts to change shape.

“In space, your heart becomes rounder … because there’s no gravity to pump against,” Prof. Kevin Moffat, who specialises in human physiology in extreme environments, told Business Insider.

Currently, three astronauts remain at the space station, including Jessica Meir who took part in the record-breaking all-female spacewalk with Koch last year.

Just before her return to Earth, Koch told reporters: “Oh, how I miss the wind on my face, the feeling of raindrops, sand on my feet and the sound of the surf crashing on the Galveston beach.

“We take daily sensory inputs for granted until they are absent … I cannot wait to feel and hear Earth again.”