WHO experts recommend giving AstraZeneca and Oxford University's coronavirus vaccine to people 18 and older, even in places where variants are spreading 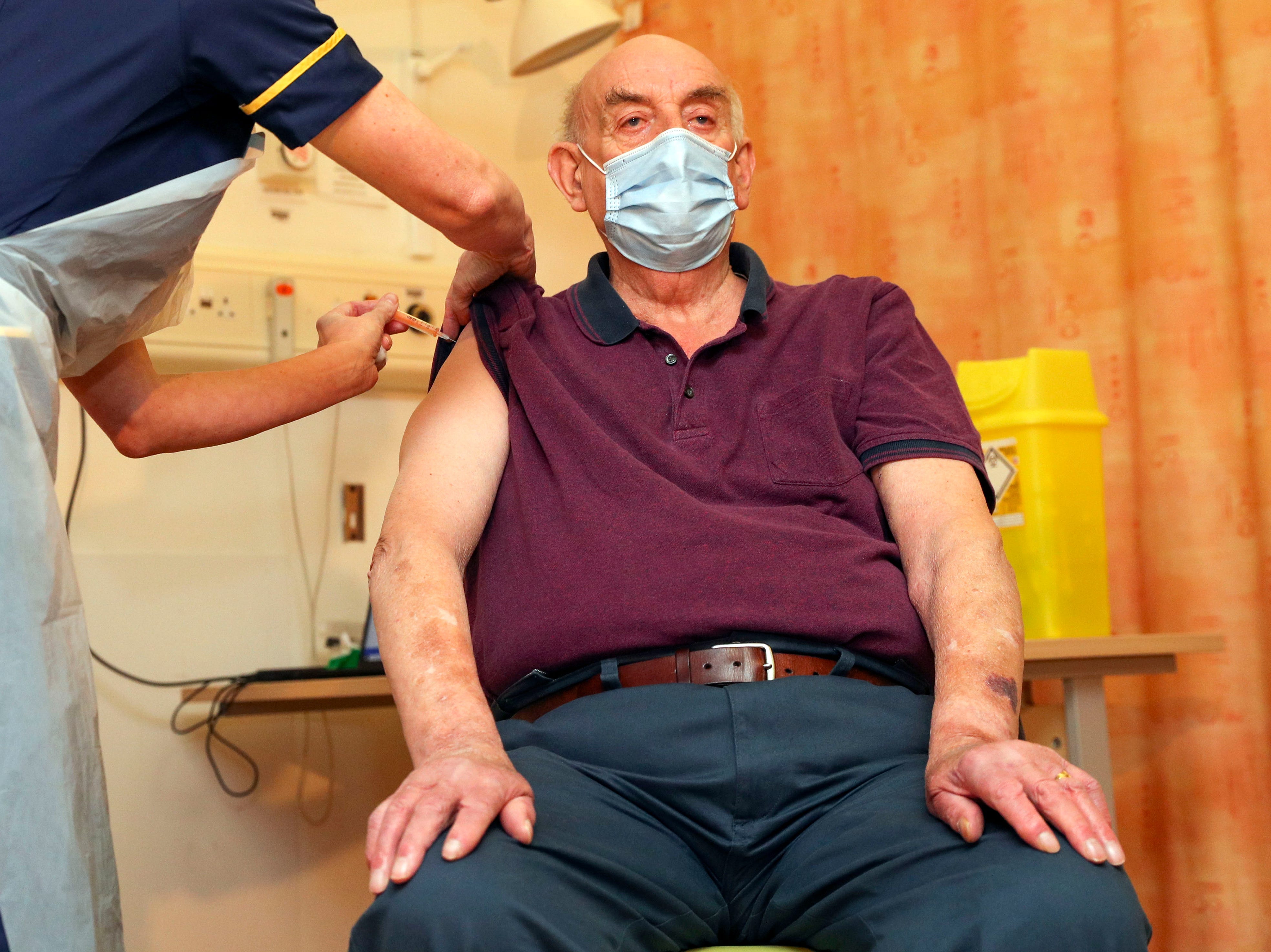 Steve Parsons – WPA Pool/Getty Images82-year-old Brian Pinker receives the Oxford University/AstraZeneca COVID-19 vaccine from nurse Sam Foster at the Churchill Hospital in Oxford as the NHS increases its vaccination programme with 530,000 doses of the newly approved jab available for rollout across the UK on January 4, 2021 in Oxford, England.

People 18 and older can be given the vaccine co-developed by AstraZeneca and Oxford University, a World Health Organisation expert panel recommended Wednesday.

The panel said that the recommendation includes people 65 and older even though there is less evidence of how well vaccines worked in that group.

“We feel response of this group cannot be any different to groups of younger age,” said the WHO Strategic Advisory Group of Experts on Immunization (SAGE), a group that gives recommendations about vaccines. SAGE recommended the use of the vaccine in places where coronavirus variants are spreading as well.

AstraZeneca’s vaccine was shown to be on average 70% effective at protecting against symptomatic coronavirus in initial clinical trials. The shot has been approved for use in the UK, the EU, and several other countries. The US regulator is awaiting the results of a large late-stage clinical trial, so it is not available in the US.

The vaccine is a two-dose vaccine, and the WHO recommended the second dose is ideally given 8-12 weeks after the first.

The threat from coronavirus variants

AstraZeneca’s vaccine was tested in clinical trials against the original coronavirus before coronavirus variants like those first found in the UK and South Africa were commonplace. Subsequent trials by the company have suggested that the shot still works against the variant that is dominant in the UK and fast-spreading in the US, called B.1.1.7.

But it is less clear how well it works against the variant circulating in South Africa, called 501.V2, because in lab studies it have shown that sometimes avoided antibodies produced by the body to fight infection.

South Africa paused the rollout of AstraZeneca’s vaccine after data from a small trial of young adults showed it did not protect against mild to moderate illness â€” defined as at least one symptom â€” caused by 501.V2. It’s not known yet whether the vaccine protects against severe disease causing hospitalisation or death.

Even so, WHO experts recommended the vaccine’s use in places where variants are circulating.

“There is no reason not to recommend its use even in countries that have the circulation of the variants,” Dr. Alejandro Cravioto, the SAGE chairman said during a news conference on Wednesday.

In Europe, France and Germany have decided not to give AstraZeneca’s vaccine to its over 65-year olds, despite the greenlight by the EU regulator, citing a lack of data in this age group.

The European Medicines Agency said there wasn’t yet enough results for older people over 55 years old to provide a figure for how well the vaccine works in this group, but protection was expected because earlier data showed the vaccine produced an immune response in this age group. The EMA said that there was reliable information on safety in this population.

The expert panel said that there wasn’t full data for how the AstraZeneca COVID-19 vaccine works in pregnant people.

Generally, pregnant and breast feeding people should discuss the vaccine with their doctor to see whether the benefit of the vaccine outweighs its risks, the panel advised.

Pregnant people are at higher risk of severe COVID-19 compared to those of the same age who are not pregnant, and coronavirus has been linked with premature birth, the group said.

Those who are at higher risk of getting severe COVID-19, for example health workers or those with certain co-morbidities, should be immunized, the group recommended. Preliminary studies have shown there is no harm from the vaccine to the developing baby, the WHO experts noted in its recommendation.