AstraZeneca will work with the makers of Russia's Sputnik V vaccine to test a combined shot. This could make people more immune, and for a longer period of time, it said. 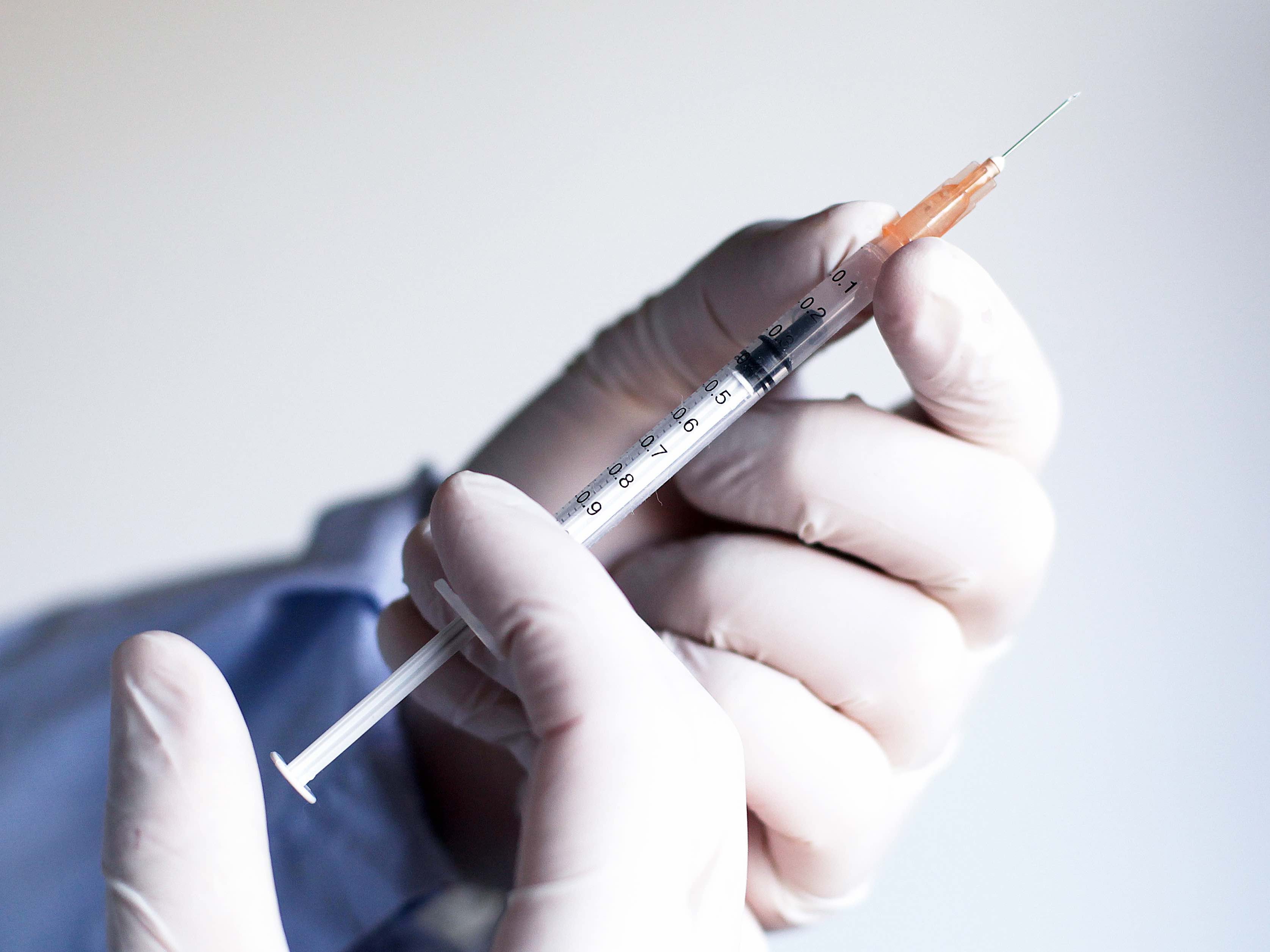 Carol Smiljan/NurPhoto via Getty ImagesA photo illustration show a syringe. Argentina was selected to test a vaccine against COVID-19, it is estimated that the clinical phases will begin in August.

AstraZeneca, the British drugmaker working with the University of Oxford to develop a COVID-19 vaccine, plans to work with the developers of Russia’s Sputnik V to explore a combined shot, it said.

AstraZeneca “will soon begin exploring with Gamaleya Research Institute in Russia to understand whether two adenovirus-based vaccines can be successfully combined,” the drugmaker said in a statement Friday, naming the developer of the Sputnik V vaccine, but not the specific shot.

The Russian Direct Investment Fund (RDIF), Russia’s sovereign wealth fund, confirmed the vaccine in question was one of two vectors that make up Sputnik V.

Clinical trials are slated to begin by the end of December, the RDIF, which is financing the development of Sputnik V, added.

This is the second time AstraZeneca’s vaccine is being used in a “mix and match” trial. On Tuesday, the head of the UK’s vaccine taskforce said it would combine the shot with Pfizer’s vaccine to see if the two vaccines together produce a stronger immune response.

Combining different COVID-19 vaccines “may be helpful to improved protection and/or to improve vaccine accessibility,” AstraZeneca said Friday, adding that it “is also likely that combining vaccines may lead to improved immunity over a longer-period of time.”

The RDIF welcomed the cooperation between vaccine producers, its CEO Kirill Dmitriev said Friday, and said it hoped other vaccine producers will follow the example. The RDIF and the Gamaleya Institute approached AstraZeneca in November to suggest combining vaccines.

“The decision by AstraZeneca to carry out clinical trials using one of two vectors of Sputnik V in order to increase its own vaccine’s efficacy is an important step towards uniting efforts in the fight against the pandemic,” Dmitriev added.


Read more:
Pharmacies, doctor’s offices, and hospitals are gearing up to give coronavirus vaccines to millions of Americans. Here’s how they’re preparing and how much they stand to profit along the way.

AstraZeneca’s vaccine has not been authorised for use anywhere in the world. In November, AstraZeneca said it would retest its vaccine after admitting that the most positive results in its first trial came from a dosing error.

Russia gave Sputnik V emergency-use authorization on August 11, making it the world’s first vaccine to be approved. The country has been giving it to frontline healthcare workers, though it hasn’t started mass vaccination yet because it’s still in trial stages.

Russia says the vaccine is more than 90% effective.

Why are drugmakers combining different vaccines?

“Homologous boosting” is when all shots are the same vaccine, but what AstraZeneca is testing is “heterologous boosting,” where two different vaccines are given.

“It is … likely that combining vaccines may lead to improved immunity over a longer-period of time,” AstraZeneca said in its statement.

Sputnik V itself uses two different adenoviral vectors for its two shots, which it says produces a stronger and longer-term immune response.