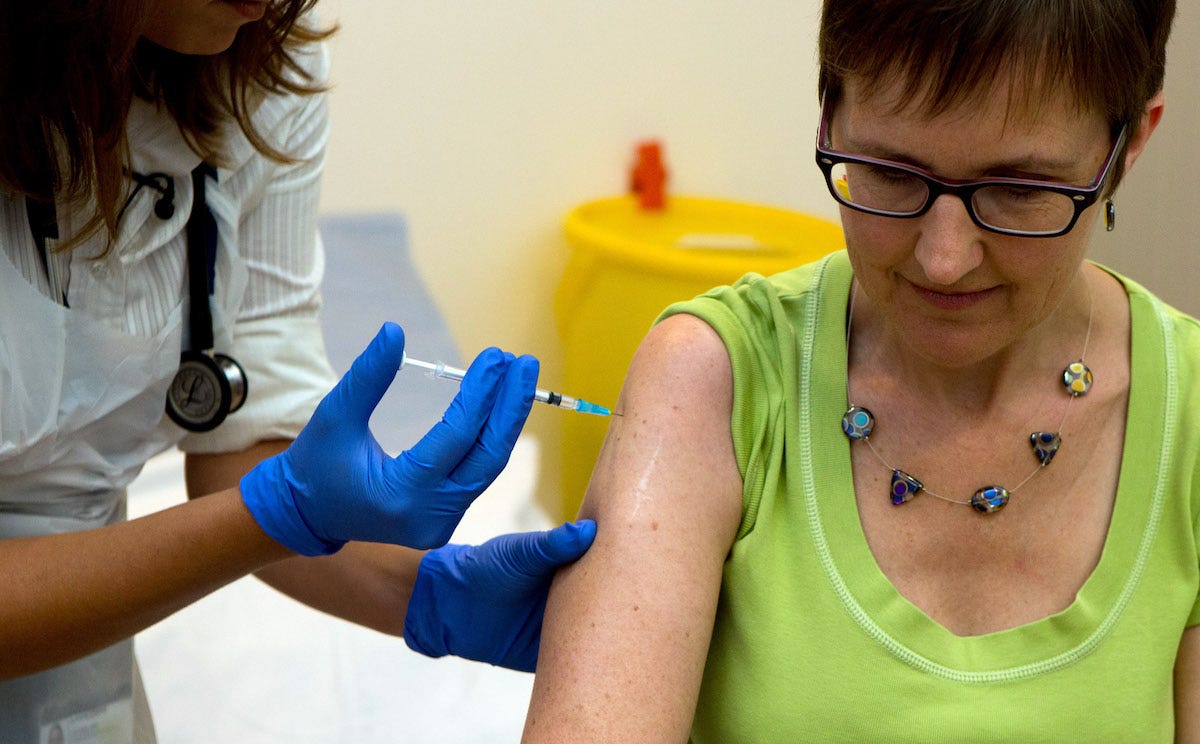 AstraZeneca and the University of Oxford on Wednesday acknowledged a dosing error in their COVID-19 vaccine trial â€” and some health experts say it has eroded their confidence in the shot.

On Monday, AstraZeneca acknowledged that the half-dosage was initially a “mistake,” Reuters first reported. The plan was for patients in the British trial to receive two full doses of the vaccine one month apart, but some received a half-dose for their first shot instead.

“We went back and checked … and we found out that they had underpredicted the dose of the vaccine by half,” Dr. Mene Pangalos, an AstraZeneca executive responsible for the company’s research and development, told Reuters.

The half-dosage appeared to increase the vaccine’s effectiveness, and Pangalos described the error as “serendipity.”

“That, in essence, is how we stumbled upon doing half dose-full dose (group),” Pangalos said. “Yes, it was a mistake.”

The trials included more than 20,000 volunteers in the UK, Brazil, and South Africa.

In a press release on Monday, AstraZeneca said fewer than 2,800 patients were given the smaller dosing regimen, compared with almost 8,900 patients who received two full doses.

Some experts have raised concerns about the mistake.

On Tuesday, Moncef Slaoui, the head of the US vaccine program Operation Warp Speed, said in a call with reporters that participants receiving the half-strength initial dose were under 55 years old, per The New York Times.

If the half-dosage wasn’t tested in older patients, this raises questions about the effectiveness of AstraZeneca’s vaccine, since older people are generally at greatest risk of severe infection.

In addition, efficacy results were pooled from clinical trials in Britain and Brazil that were designed differently, per The Times.

John LaMattina, a former president of Pfizer’s global research-and-development unit, said in a tweet it was “hard to believe” the Food and Drug Administration would issue emergency authorization for a vaccine whose most efficacious dose has been given to 2,300 people.

Hard to believe that the FDA will issue an EUA for a vaccine whose optimal dose has only been given to 2,300 people. More data for this dosing regiment will be needed. https://t.co/WfxYkGNCXu

John Moore, a professor of microbiology and immunology at Weill Cornell Medical College, told The Times: “The press release raised more questions than it answered.”

Natalie Dean, a biostatistician specializing in vaccine study design at the University of Florida, posted on Twitter: “Astrazeneca/Oxford get a poor grade for transparency and rigour when it comes to the vaccine trial results they have reported.”

She questioned how AstraZeneca had monitored the trials.

“I really don’t know what to make of the results,” Dean wrote in a follow-up tweet. “I’m glad this is not the first vaccine to read out, because it is awfully confusing for experts and non-experts alike.”

AZN is evaluating their vaccine in multiple trials across the world, yet these are not embedded under a unified protocol. In fact, the trials seem to be quite different by country, in terms of populations, subgroups, etc. Based on the publicly available details I've seen. 2/5


Read more:
Wall Street analysts lay out how the unexpected pause in AstraZeneca’s coronavirus vaccine trial could slow the race to halt the pandemic

AstraZeneca didn’t immediately respond to a request for comment from Business Insider, but a spokeswoman told The Times that the trials “were conducted to the highest standards.”

Pangalos also told The Wall Street Journal on Wednesday that the mistake was “irrelevant.”

“Whichever way you cut the data â€” even if you only believe the full-dose, full-dose data … We still have efficacy that meets the thresholds for approval with a vaccine that’s over 60% effective,” he said.

This isn’t the first hurdle that AstraZeneca and the University of Oxford have faced. Their vaccine trials were paused after an “unexplained illness” in one UK trial participant in September. But they were soon given the green light to restart.

This month, the drugmakers Pfizer and Moderna announced that late-stage trial results suggested their respective vaccines were about 95% effective in preventing COVID-19.

Though AstraZeneca’s vaccine appeared less effective, manufacturers say it’s considerably cheaper and easier to distribute than the other two.