We just got our most-detailed look yet at the safety and effectiveness of the Oxford-AstraZeneca coronavirus vaccine. Here's what you need to know. 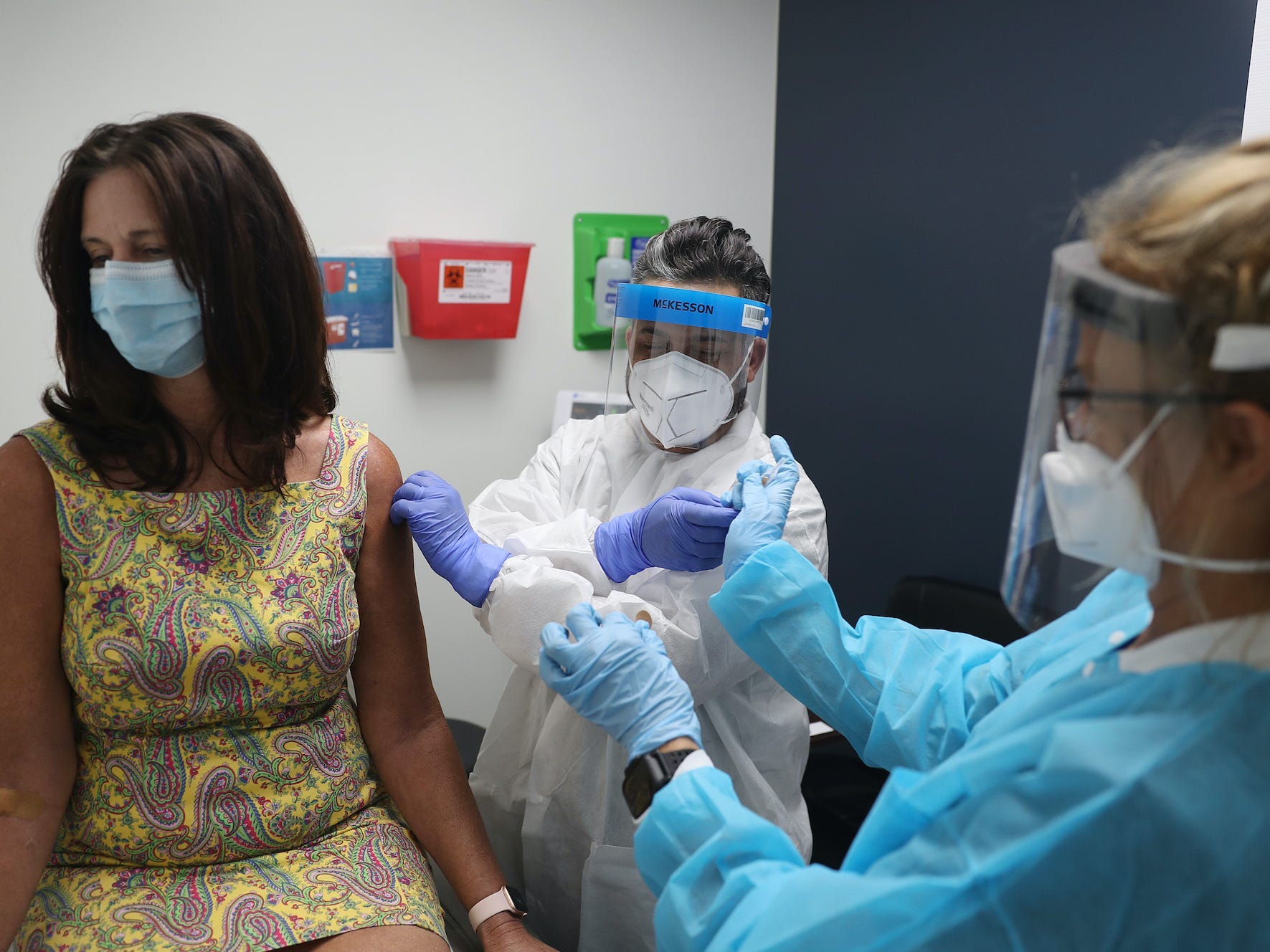 Joe Raedle/Getty ImagesAstraZeneca’s COVID-19 vaccine results have been published and can be scrutinised.

AstraZeneca and Oxford University have published late-stage trial data for their COVID-19 vaccine in The Lancet, a world-leading medical journal.

The vaccine is highly effective at preventing symptomatic COVID-19, and generally well tolerated, the results published on Tuesday showed.

Publishing late-stage trial data in a peer-reviewed journal means that Oxford’s methods and how scientists crunched the numbers can be fully scrutinised by experts and the public. The data has already been submitted to certain regulators worldwide.

It’s important to publish in a high quality journal so that others can confirm that the quality of the data and the science is of a high standard, said AstraZeneca’s Executive Vice President Mene Pangalos in a press briefing on Tuesday.

He said that publishing the results is not to “influence” the regulator.

“The regulator will make their own decision based on all the data we provide them,” Pangalos added.

Vaccine front-runners Moderna and Pfizer have announced positive preliminary results and submitted to regulators, but have not yet published them in a peer-reviewed paper. Pfizer’s vaccine has been approved in the UK, and rollout started on Tuesday.

The results suggest that Oxford’s vaccine is highly effective and safe. However, University of Oxford Professor Sarah Gilbert pointed at additional advantages that could mean it significantly impacts the pandemic overall, including its low price point.

“We also know that it can be manufactured in large quantities, and at a low price,” said Gilbert.

AstraZeneca has said it’s aiming to have a manufacturing capacity of up to 3 billion doses in 2021.

The published results confirmed the vaccine is 70% effective on average

The results confirmed a preliminary announcement that the vaccine was 70% effective, on average, at protecting people from catching COVID-19, and developing symptoms. The vaccine worked differently at different doses, with 62% efficacy when two full doses were given, but 90% efficacy when the first dose was halved.

So far there haven’t been any hospitalizations or severe disease reported by volunteers who have received Oxford’s vaccine, according to the data in the Lancet.

Pangolos said that the results were compelling.

“We clearly have an effective vaccine that meets the regulatory standard for approval around the world,” he said.

The data published in The Lancet shows that it is statistically possible that the different dose regimens could turn out to have similar efficacy, because the 62% and 90% figures are estimates, and trials are ongoing. The true numbers could be higher or lower, and additional data could pull the numbers one way or another.

“Statistically it’s perfectly within range that actually it could all settle out to about 70%,” Dr. Peter Openshaw, professor of experimental medicine at Imperial College London, told Business Insider on Tuesday.

The safety data comes from results pooled from all four trials in the UK, Brazil and South Africa, including 23,745 volunteers.

The way the data was grouped together and analysed was agreed upon by regulators in advance, said Director of the Oxford Vaccine Group Professor Andrew Pollard in a press briefing on Tuesday.

The vaccine’s safety was monitored for a median of roughly 3 and a half months.

There was one adverse event possibly related to the COVID-19 vaccine. This was a case of transverse myelitis, which is an inflammation of the spinal cord that typically causes weakness of the arms and/or legs, pain, bladder and/or bowel dysfunction, and unusual sensations like tingling. There was also one case of severe fever reported by a volunteer in South Africa, but it’s not yet known whether they had received the vaccine or not. Neither of these participants have been withdrawn from the trials.

The results leave some unanswered questions

While the results are positive, and another vaccine development milestone has been achieved, the trials are ongoing and questions will still remain. For example how well the vaccine works in different age groups, and why half a dose at the start seems to have higher efficacy results.

Professor Pollard who is the lead author of the study said that when they analysed the data by age to look into this, there didn’t appear to be an “age-phenomenon”.

He referred to the results with different doses as “intriguing”.

However, there was no further definitive information from the scientists as to why it is the case. “It’s important we generate more data over time,” he said.

More data on subgroups like the elderly or the different dose regimens are expected in the future, Gilbert said.

“We will decide in due course,” said Pangalos.