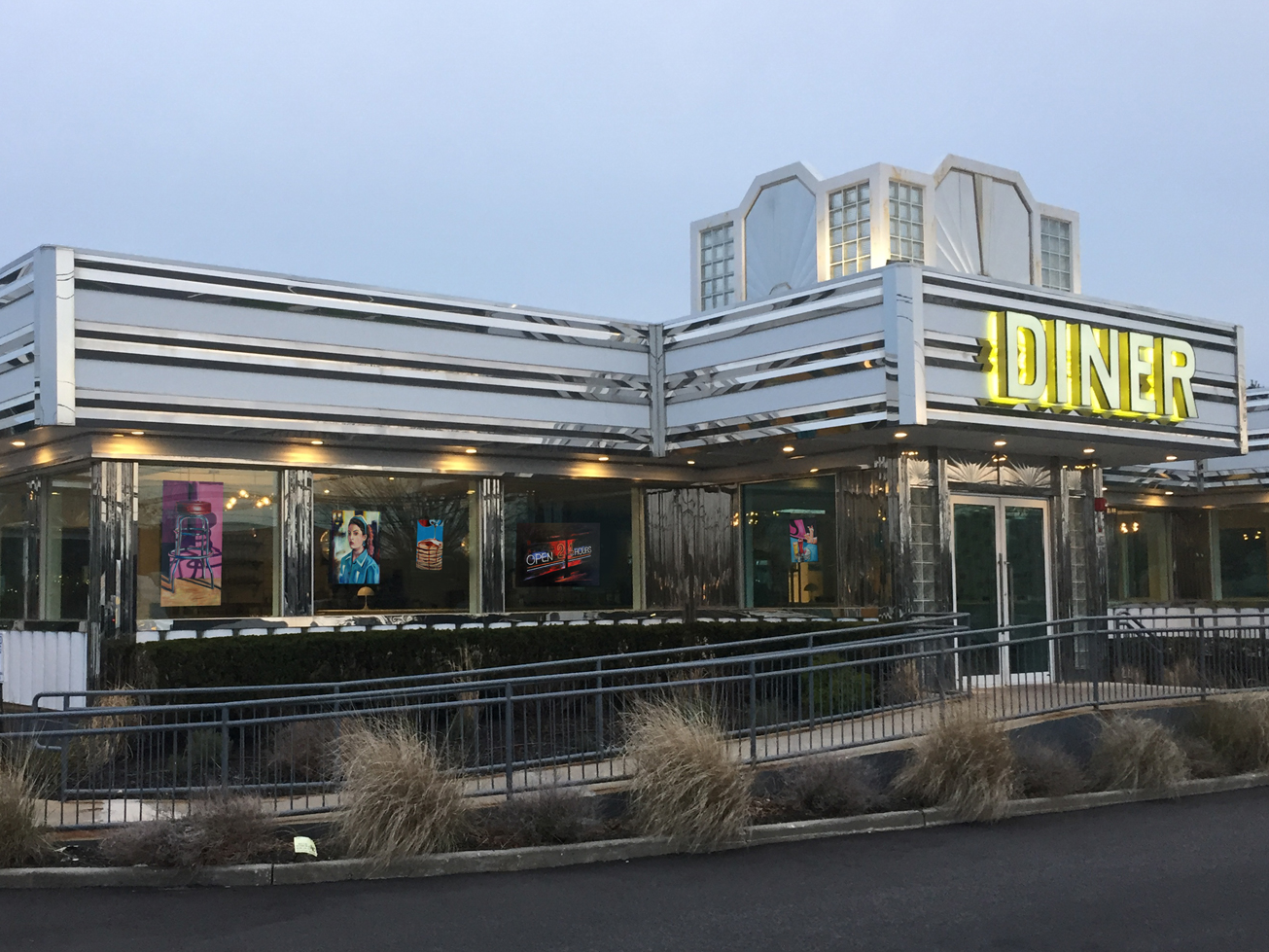 Its grill no longer sizzles, the fryer no longer fries, and milkshakes are no longer enjoyed. The diner’s customers left for the foreseeable future.

But on April 30, the diner found a new purpose. It was transformed into an art gallery. 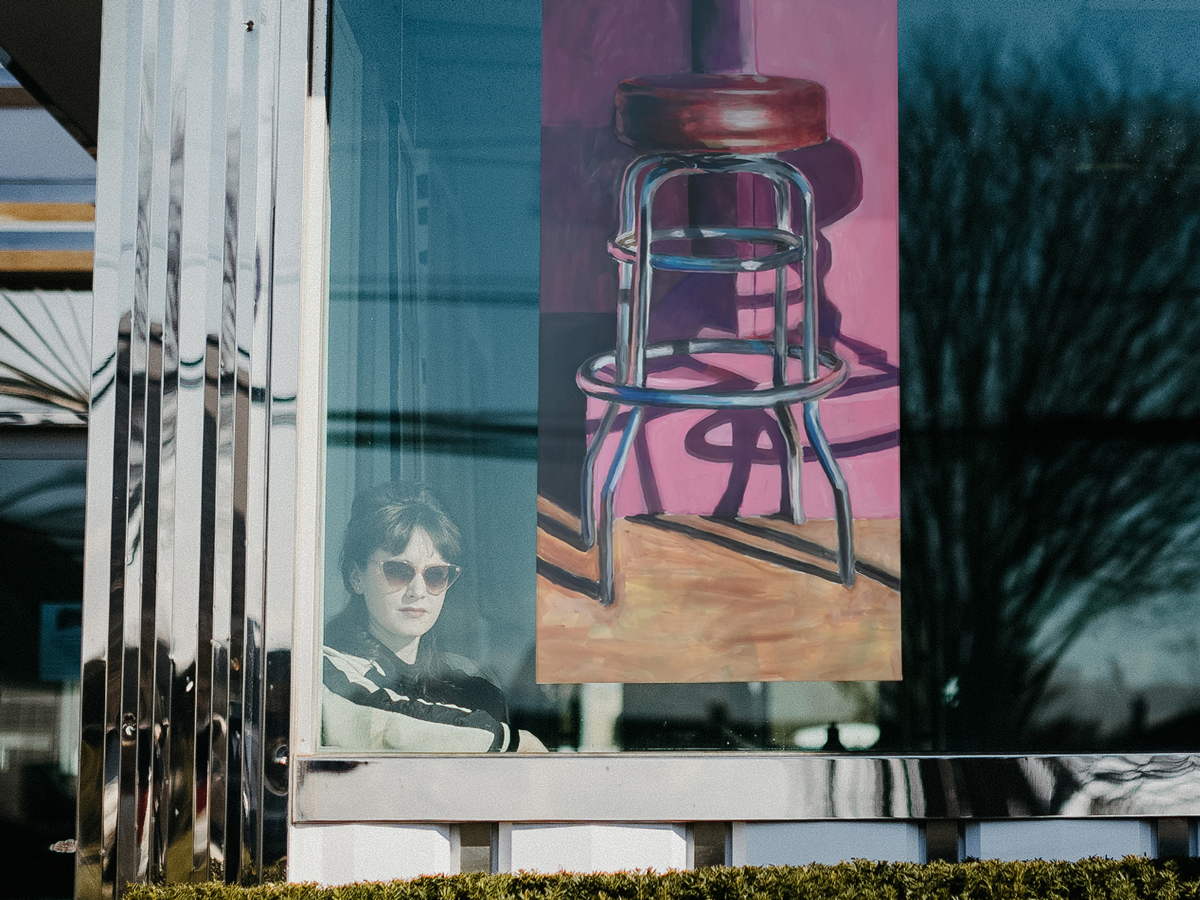 Katherine McMahonMcMahon sits in the diner underneath her painting.

Katherine McMahon, an artist living in East Hampton, New York, worked with Eric Miller, the diner’s owner, to transform the shuttered diner into an art gallery.

“I’ve always been fond about diners as an institution, and I thought this was my way of trying to insert some life back into it at a time when it’s kind of suffering,” the 29-year-old artist told Insider.

Hanging in the building’s windows are 11 colourful paintings

McMahon had been working on a series of paintings about diners back in January. Using acrylics and oils, her work explores the role diners play in American culture and history. 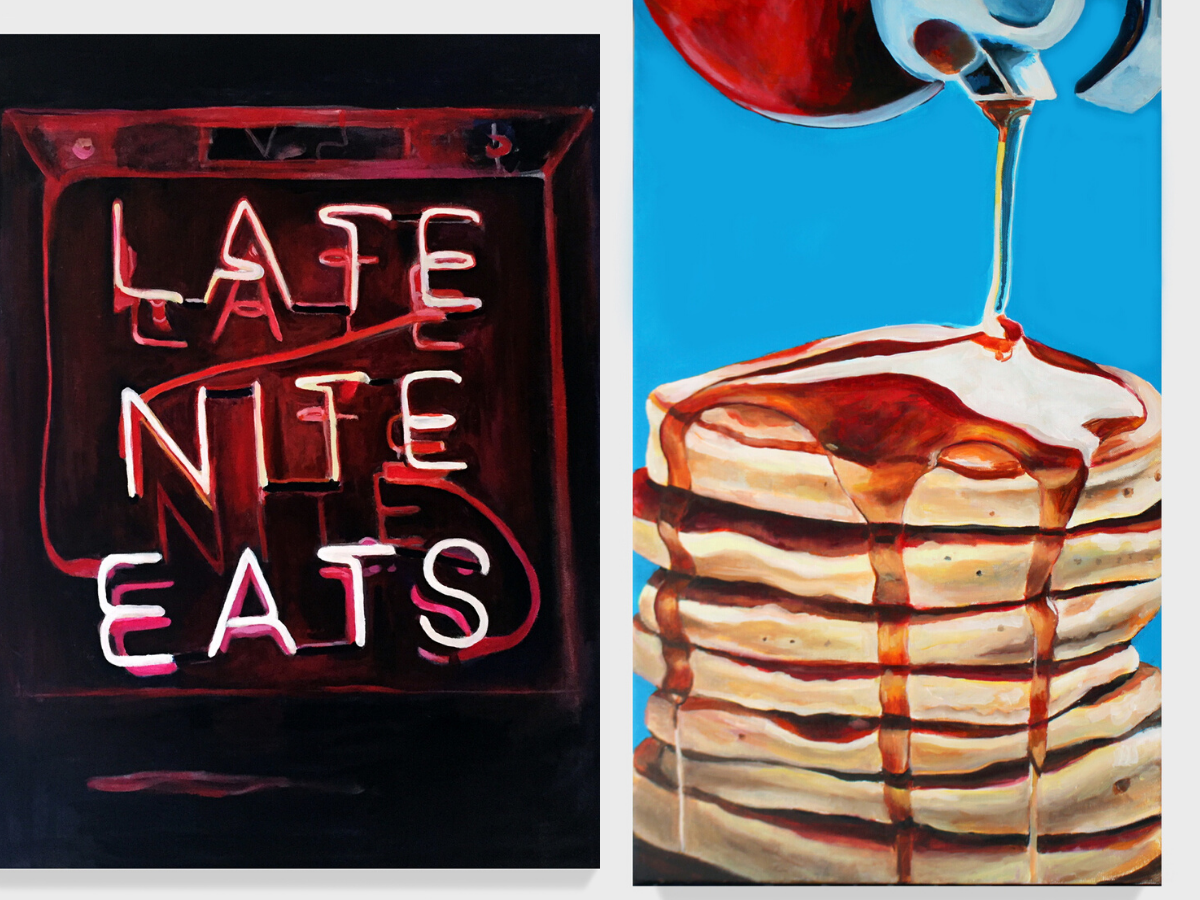 The lockdown closed galleries and McMahon needed to adapt. She took the risk and reached out to the diner’s owner.

“It occurred to me that there’s this tremendous void we’re all feeling as far as not being able to eat out and not being able to go to galleries,” McMahon said. “I thought that this would be a way to kind of marry those two ideas and kind of populate a space that is empty.”

Visitors can drive or walk by the diner to see the artwork hanging in the windows.

“It’s just my sort of quirky idea of another way that art can be shown in a safe way that is respectful of people’s health,” the artist said. 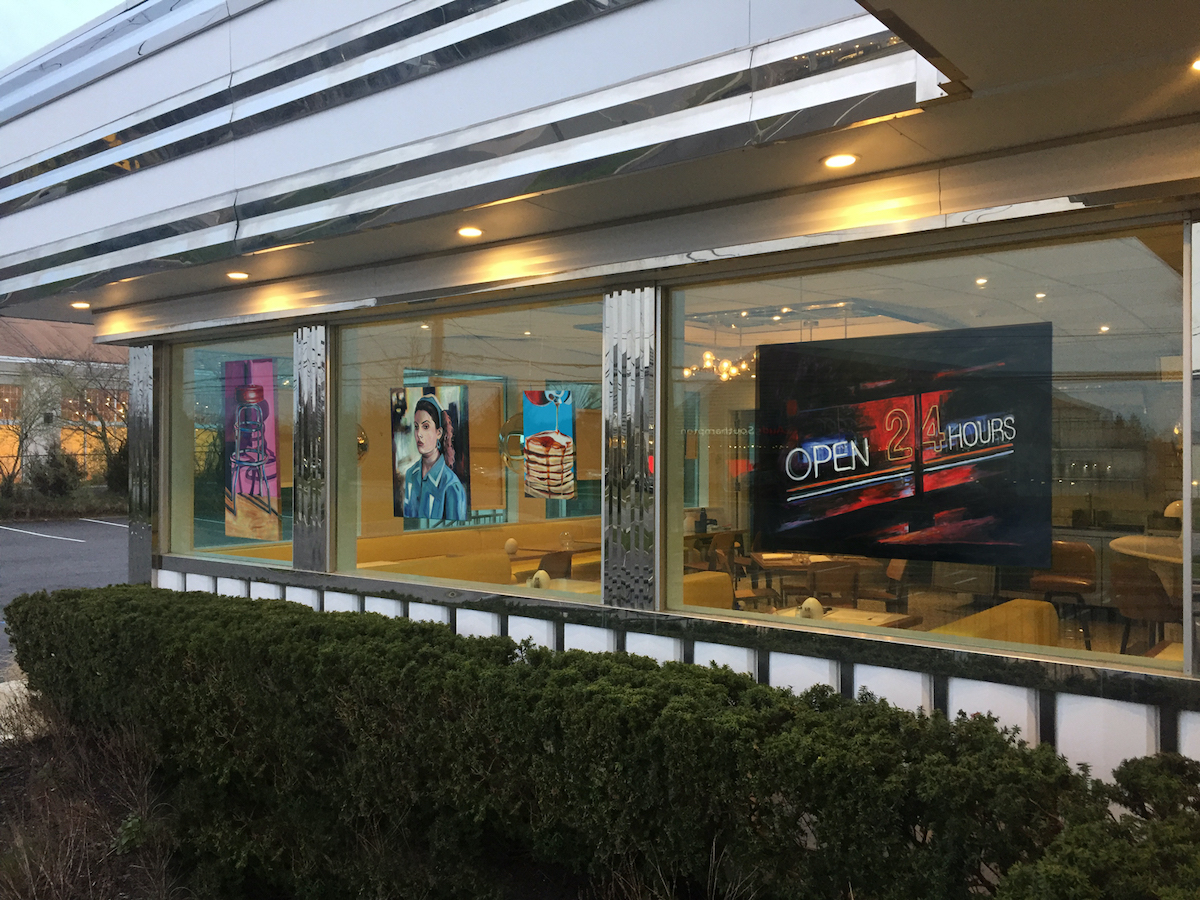 Katherine McMahonThe art will be showcased until the lockdown restrictions are lifted.

The artist described the unconventional gallery as ‘eerie’

Diners are typically active with people. Now, the paintings are the only thing left to show any indication of life and activity. But McMahon believes the diner atmosphere showcases her work better than the white walls of a typical gallery.

Her paintings are framed by the steel beams of the building. Peering into the windows, visitors will see vinyl yellow booths and a long bar – a traditional diner scene.

Half of the sales go to the diner, and the paintings range from $US1,000 to $US4,000. McMahon said the response has been great, and she’s already sold some of the artwork.