House Democrats on Tuesday said they would draft two articles of impeachment against President Donald Trump: One will charge him with abuse of power and the other with obstruction of Congress.

Both articles relate to Trump’s actions with respect to Ukraine. For the past several months, the Democratic-controlled House of Representatives has investigated Trump’s efforts to strongarm Ukraine into acceding to his political demands while withholding vital military aid and a White House meeting that Ukrainian President Volodymyr Zelensky desperately sought.

House Speaker Nancy Pelosi said during a press conference on Tuesday that lawmakers were impeaching Trump to “honour our oath of office.”

Rep. Jerry Nadler, the chairman of the House Judiciary Committee, said Trump’s efforts “compromised our national security and threatened the integrity of our elections.”

Throughout the inquiry, he added, Trump “has attempted to conceal the evidence” from the investigative committees. Through his action, Nadler said, Trump “endangers the Constitution, he endangers our democracy, and he endangers our national security.”

“Today, in service to our duty to the Constitution and to our country, the House Committee on the Judiciary is introducing two articles of impeachment charging the president of the United States, Donald J. Trump, with committing high crimes and misdemeanours,” Nadler said.

“We do not take this action lightly, but we have taken an oath to defend the Constitution, and unlike President Trump, we understand that our duty first and foremost is to protect the Constitution and to protect the interests of the American people,” he said, adding, “The integrity of our next election is at risk from a president who already sought foreign interference in the 2016 and 2020 elections and who consistently puts himself above country.”

Schiff: Evidence of Trump’s misconduct is ‘overwhelming and uncontested’

At the centre of the impeachment inquiry is a July 25 phone call during which Trump repeatedly pressed Zelensky to open a corruption investigation into former Vice President Joe Biden and his son Hunter in connection with Hunter’s stint as a board member of the Ukrainian natural-gas company Burisma Holdings.

Trump also pressured Zelensky to look into a bogus conspiracy theory that Ukraine interfered in the 2016 election and has a missing Democratic “server” that contains incriminating evidence against Democrats.

There is no evidence that either of these issues has merit, and Trump’s phone call was the subject of an explosive whistleblower complaint – which sparked the impeachment inquiry – accusing the president of actively soliciting foreign interference in the 2020 presidential election.

The House Intelligence Committee, spearheaded by Rep. Adam Schiff, conducted a series of open and closed-door hearings with career national-security and foreign-policy officers who testified that the phone call was just one data point in a months-long pressure campaign that was largely led by Trump’s personal lawyer Rudy Giuliani at the president’s direction.

Gordon Sondland, the US’s ambassador to the European Union, also testified that “everyone,” including top brass at the White House and the State Department, “was in the loop” on Trump’s shadow policy agenda.

Schiff said on Tuesday that “to the members of Congress, this is not a question of fact, because the facts are not seriously contested.” Instead, he said, it is “a question of duty.”

By conditioning military aid and a White House meeting on Zelensky caving to his demands, Trump “undermined our national security and jeopardized the integrity of our next election, and he does so still,” Schiff said.

“The evidence of the president’s misconduct is overwhelming and uncontested,” the California congressman said. “And how could it not be when the president’s own words on July 25, ‘I would like you to do us a favour, though,’ lay so bare his intentions, his willingness to sacrifice the national security for his own personal interests?” 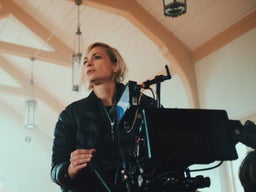