The US Army's biggest European exercise in 25 years was cancelled as it started, but it's already planning the next one 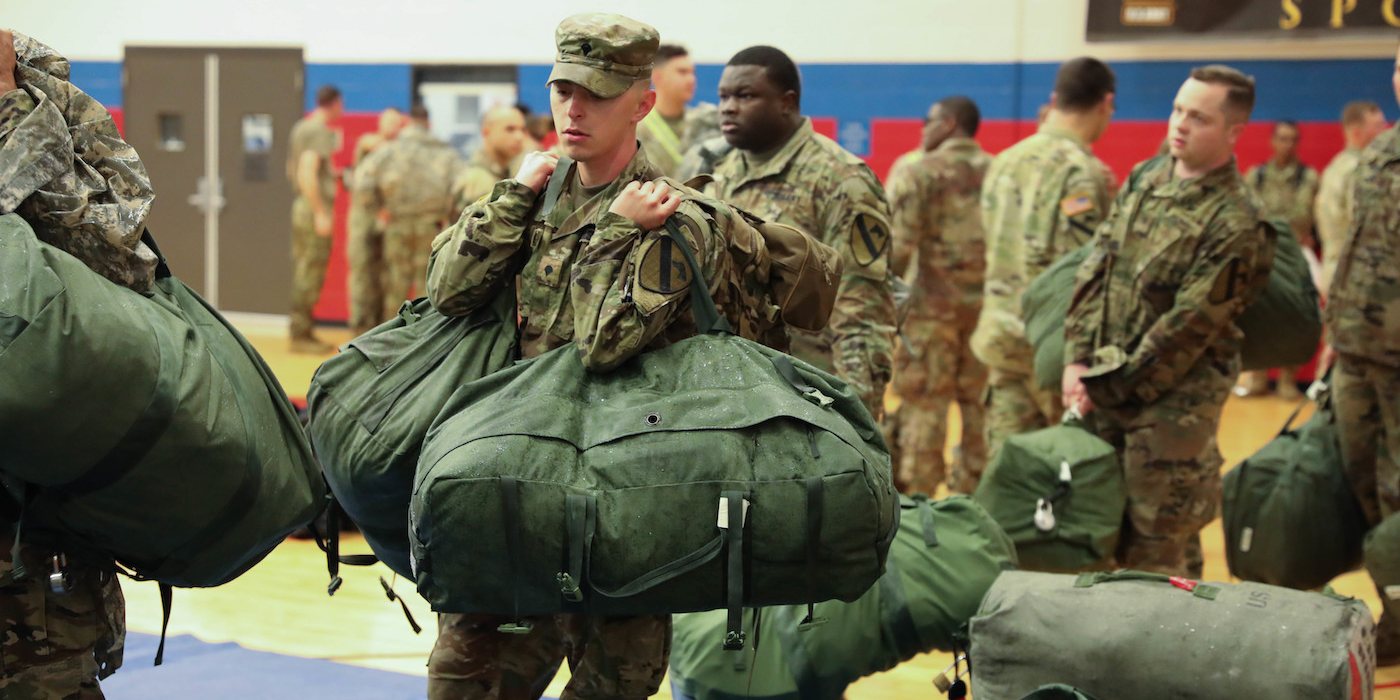 US Army/Staff Sgt. Kelsey MillerSoldiers from the US Army’s 1st Cavalry Division prepare to head to Europe for the Defender-Europe 20 exercise.

The rapid spread of the coronavirus forced the cancellation of Defender Europe 20, which was to be Army’s largest deployment to Europe in 25 years, just as it got started. Now, even as the pandemic lingers around the world, the Army is already planning for next year’s version of the drill.

Defender Europe 20, which was to involve nearly 40,000 US and European troops in drills across Central and Eastern Europe in late spring, was cancelled in mid-March, about six weeks after the Army started moving troops and equipment across the Atlantic.

“As the pandemic started to take shape, the secretary of defence decided to modify Defender Europe 20, and we did in fact do that for a variety reasons, to protect the force [and] to make sure we weren’t creating infections,” Brig. Gen. Sean Bernabe, deputy chief of staff for US Army Europe, said Thursday during a virtual event hosted by Defence News.

US Army Europe said in May that the exercise would be modified in size and scope and that linked exercises wouldn’t take place. 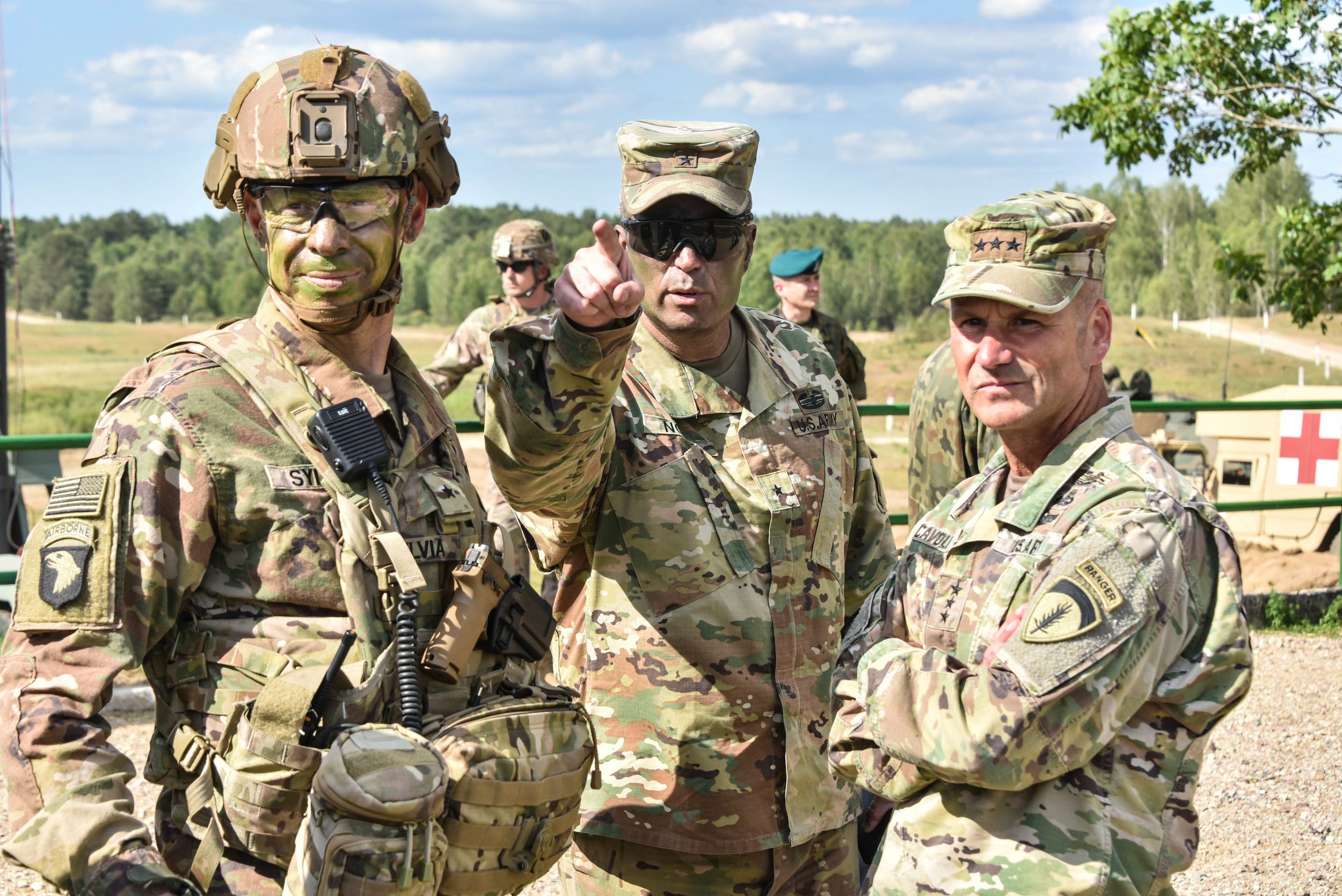 Defender Europe 20 was meant to test the ability of US to move to Europe and, with allies, around the continent. Its cancellation and the broader challenges posed by the pandemic were seen as potentially major setbacks for efforts to improve that mobility capability.

“Thankfully, we were able to still meet many of the training objectives,” Bernabe said Thursday. “In fact, last month, we just executed a modified version of exercise Allied Spirit, which was one of the original linked exercises … and conducted a division-level river crossing.”

Preparation for Defender Europe 20 began in January in the US and included the Navy’s first Atlantic convoy exercise since the 1980s. US officials have said that mustering troops and their gear across an ocean was beneficial in itself.

“The strength of the Defender 20 exercise was in planning and executing the movement of forces from the United States to Europe and [in] ensuring the receiving critical infrastructure was capable of receiving those forces and then those forces could move across Europe to their exercise positions,” Michael Ryan, deputy assistant secretary of defence for European and NATO policy, said at an Atlantic Council event Thursday.

“That was highly successful. It was not very much impacted by the pandemic. It was just the very visible field training portion that had to be curtailed,” Ryan added. “That was a clear demonstration of an ability to reinforce in a very resilient environment that demonstrated the high readiness of forces that were there to do that.” 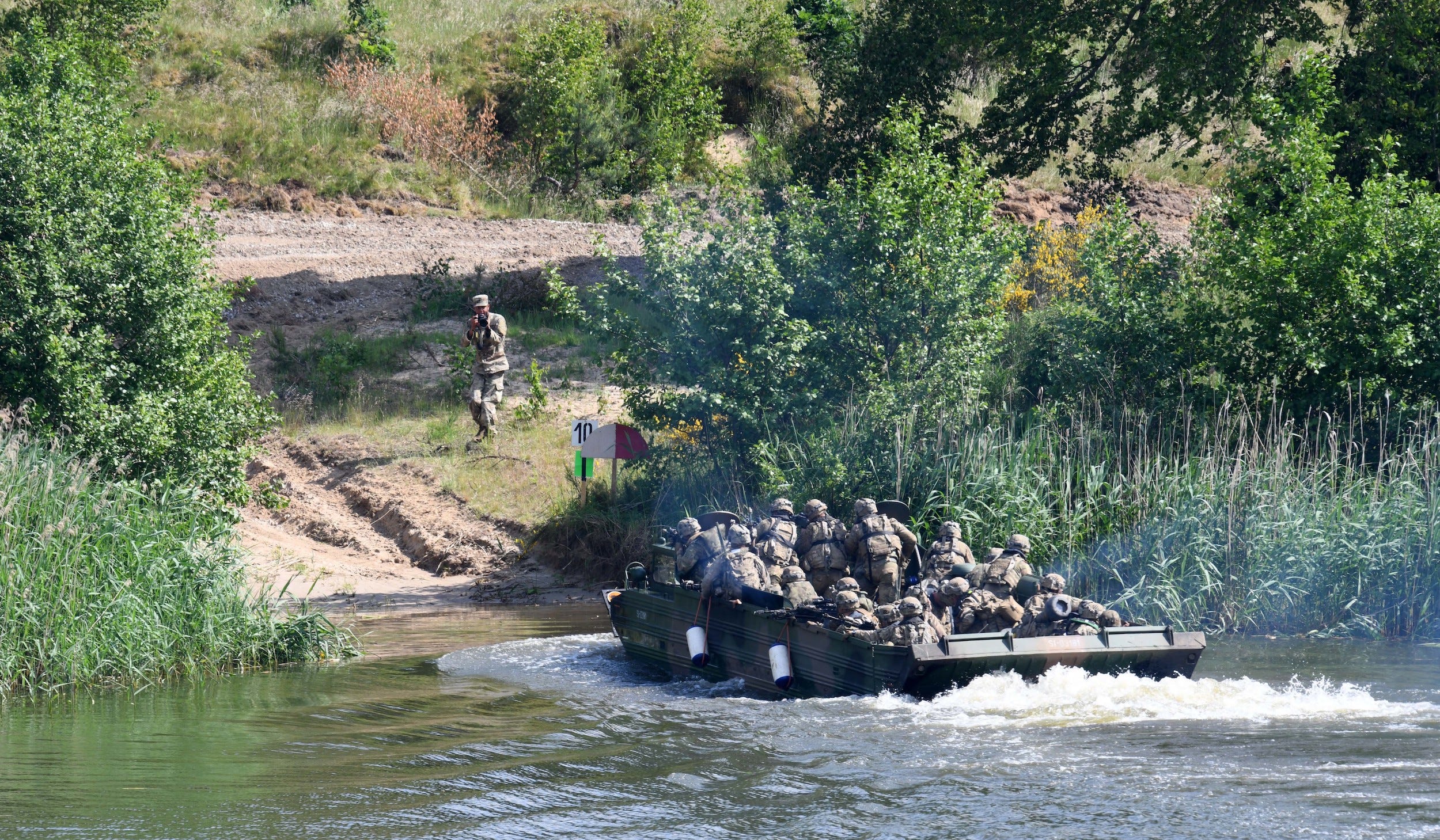 US Army/Richard HermanPolish and US soldiers cross a river using a Swimming Self-Propelled Carrier PTS at Drawsko Pomorskie Training Area in Poland, June 13, 2020.

Between March and the start of Allied Spirit in June, US Army officials and allies “did some collective thinking” about how to conduct large-scale, multinational exercises “while protecting that force, while protecting the local populace,” Bernabe said.

Collective thinking instilled confidence “that we can train large-scale collective training in this environment,” Bernabe said, and the alliance is already looking ahead to the next iteration of the exercise.

“As we speak, we’re planning exercise Defender Europe 21 to take place in the late spring, early summer of 2021, focused in the Black Sea and the Balkans,” Bernabe said, adding that planning was “being informed by our experiences between March and June.” 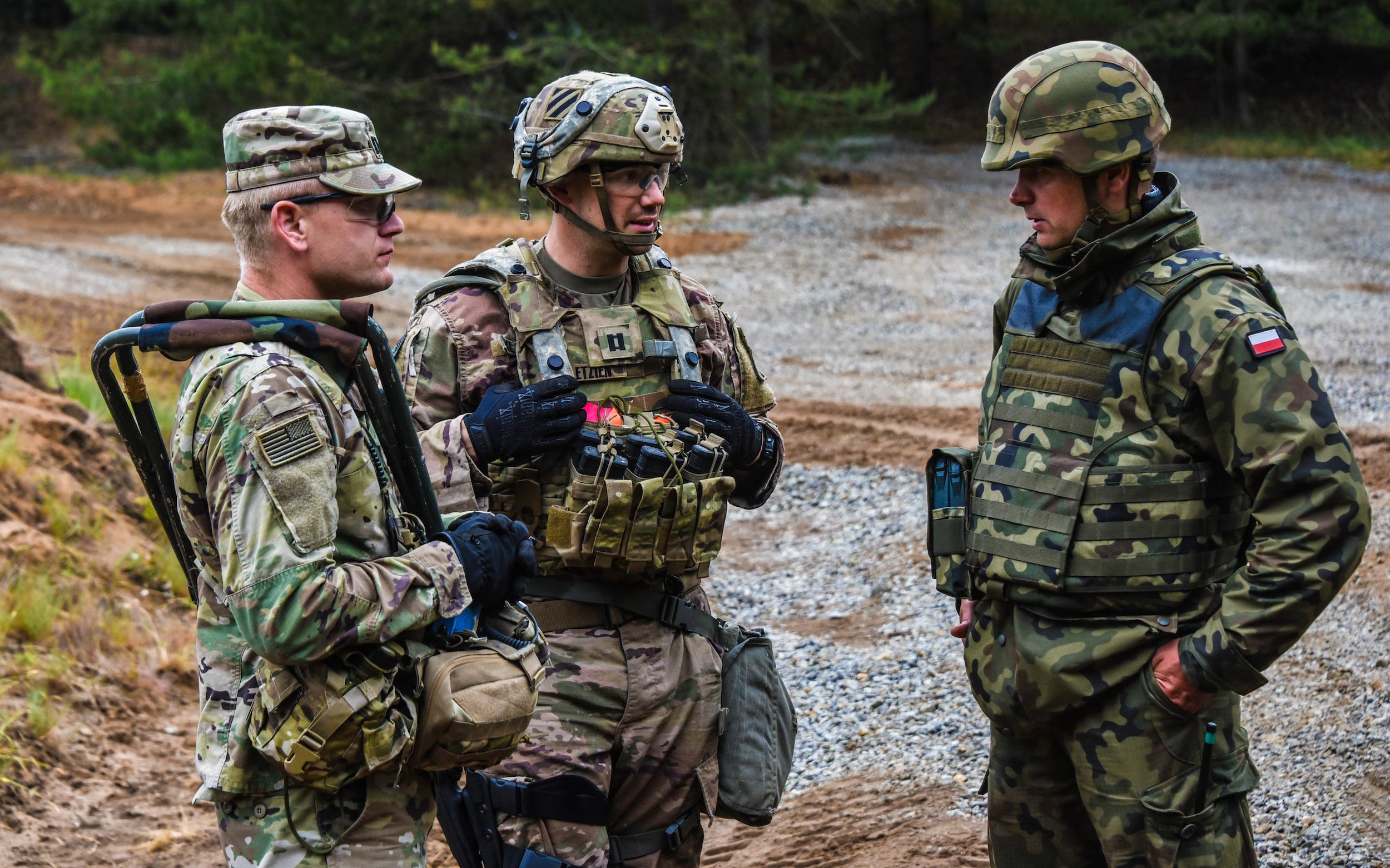 “We’re in the early stages of the planning process, so I don’t really know how big it will be. I don’t think it will be as big as Defender Europe 20 was,” Bernabe said. “Defender Europe 20 was the biggest exercise we would have seen on the continent” since 1995. “It will probably be a while before we exercise at that scale again.”

“We’ll have to continue to work closely with allies. We’ll share techniques. We will continue to expand our understanding of the virus and how to best … prevent spread. Put all that together, we’re confident we can continue to train at large scale across Europe.”

It was reported earlier this year that Defender Europe 20 would cost about $US340 million. The Army requested less than half that – just $US150 million – for the 2021 version of the exercise.

The money put up for the 2020 exercise shows the US “remains committed to Europe, to deterrence, [and] to NATO,” Ben Hodges, who commanded the US Army in Europe before retiring in 2017,told Insider earlier this year.

Requesting money for and starting planning on Defender Europe 21, “that speaks volumes,” Hodges said at the time.