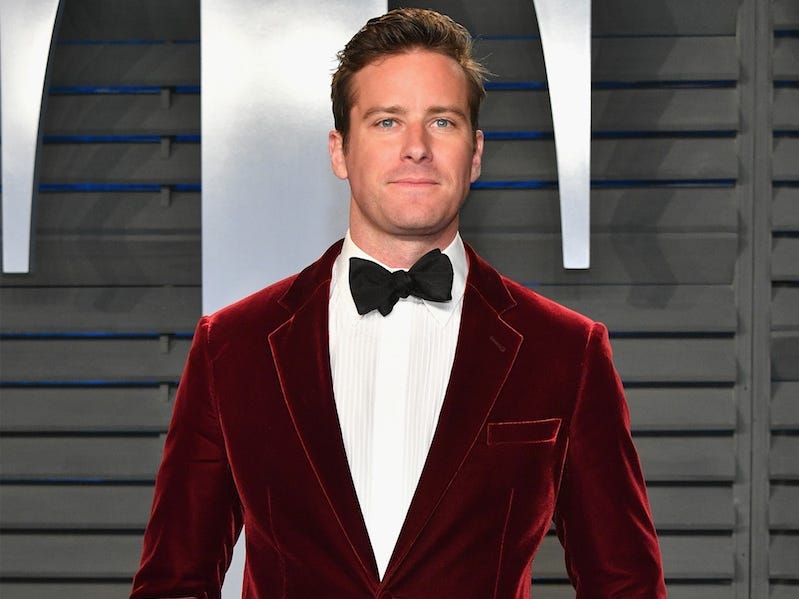 Dia Dipasupil/Getty ImagesArmie Hammer is stepping down from his role in ‘Shotgun Wedding.’

“Given the imminent start date of ‘Shotgun Wedding,’ Armie has requested to step away from the film and we support him in his decision,” a production spokesperson confirmed to Insider via email.

The role will be recast.

The news comes days after the “Call Me by Your Name” actor was trending on social media for alleged NSFW direct messages, which involved discussions of sexual acts and cannibalism.

Representatives for Hammer did not respond to Insider’s inquiry on the veracity of those messages.

In a statement to Variety the actor said: “I’m not responding to these bulls— claims but in light of the vicious and spurious online attacks against me, I cannot in good conscience now leave my children for 4 months to shoot a film in the Dominican Republic.”

“Lionsgate is supporting me in this and I’m grateful to them for that,” the actor added in the statement.

“Shotgun Wedding,” which is being directed by Jason Moore (“Pitch Perfect”), follows a wedding party taken hostage at a destination wedding.