Armed groups say they will show up to polling sites on Election Day, and experts are afraid it will intimidate voters 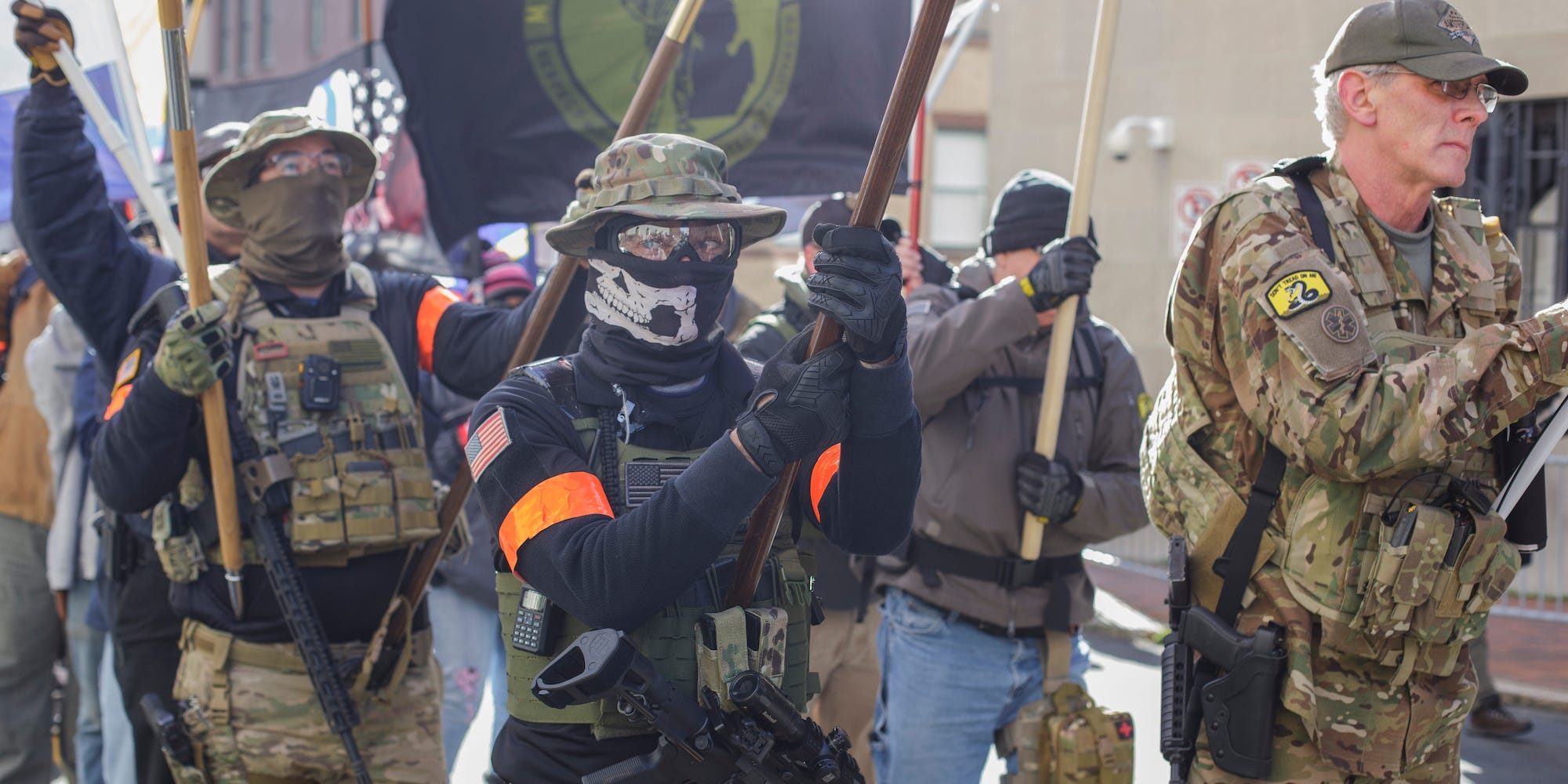 Shay Horse/NurPhoto via Getty ImagesAn armed group marching at a right-wing protest in Virginia in January.

Far-right groups are planning to patrol polling sites on Election Day, some of them armed, causing experts to worry about the possibility of violent clashes and voter intimidation.

Stewart Rhodes, the leader of a far-right group called the Oath Keepers, told the Los Angeles Times on Saturday that his members would “be out on Election Day to protect people who are voting.” He said some would be carrying concealed weapons.

A QAnon-affiliated group has also been talking on Telegram, describing “heavily armed MAGA patriots” preparing for Election Day, according to the Times. The Times in turned cited the SITE Intelligence Group, which tracks extremists online.

Laws differ by state when it comes to whether you can bring a weapon to a polling site â€” concealed, unconcealed, or at all. 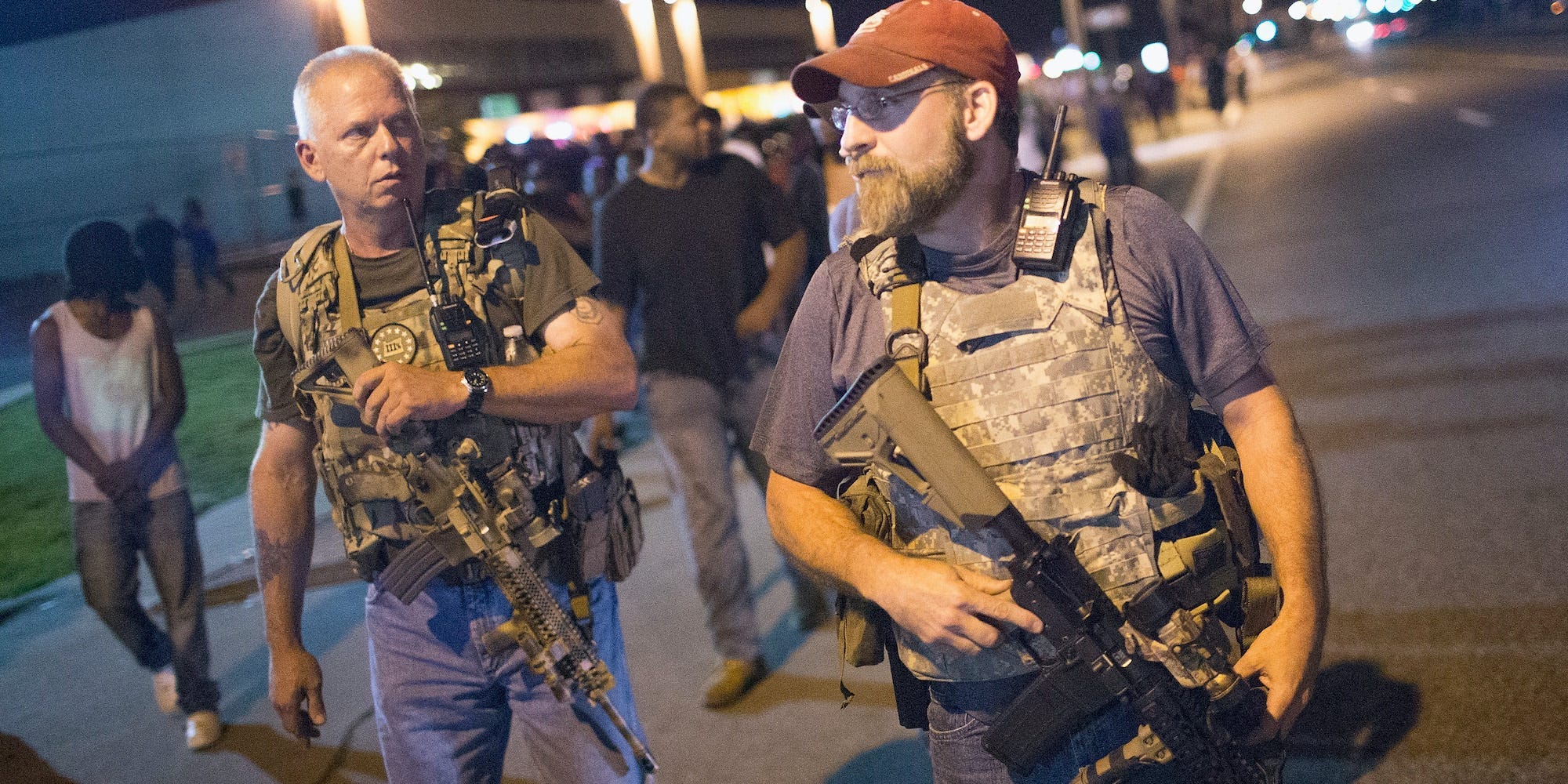 Scott Olson/Getty ImagesMembers of the far-right group Oath Keepers patrolling the streets of Ferguson, Missouri, after unrest over the police shooting of the Black teen Michael Brown in 2015.

Openly carrying a firearm at a polling station could be interpreted as voter intimidation, which is illegal in the US.

Rhodes said if push came to shove, his members would draw their weapons.

Rhodes said he was worried about “the radical left” targeting voters. A Pew Research survey at the end of July found that Trump supporters were more likely than Biden supporters to prefer in-person voting this year.

“I’ll be voting in person and so will everybody else I know, and I think the radical left knows that,” Rhodes said.

Rhodes said that his group would report issues to the police initially but that he’s “not confident police will do their job.”

He said if his group noticed, for example, protesters at polling sites with guns, “we’re going to intervene.”

Cassie Miller, a senior researcher with the Southern Poverty Law Centre, told the Times that “chances are really high that we’re going to see militia members, armed groups, or Trump supporters who are armed at the polls.”

“Not only are these people willing to participate in voter intimidation, but they’re hoping to create this chaotic moment,” Miller said. “There’s an unwillingness to accept anything but a Trump victory.”

Devin Burghart, the executive director of the Institute for Research and Education on Human Rights, told the Times that his group believed far-right groups would be standing by at polls in Michigan, Pennsylvania, and Wisconsin and that “the act of showing up armed is certainly a deterrent to folks showing up to vote.”

Burghart said people could report such groups via his group’s app, which is designed to alert local legal observers.