After the FBI raided Jake Paul's mansion, speculation was rampant about his associate 'Armani' Izadi, who is an accused pimp and was also searched by the feds 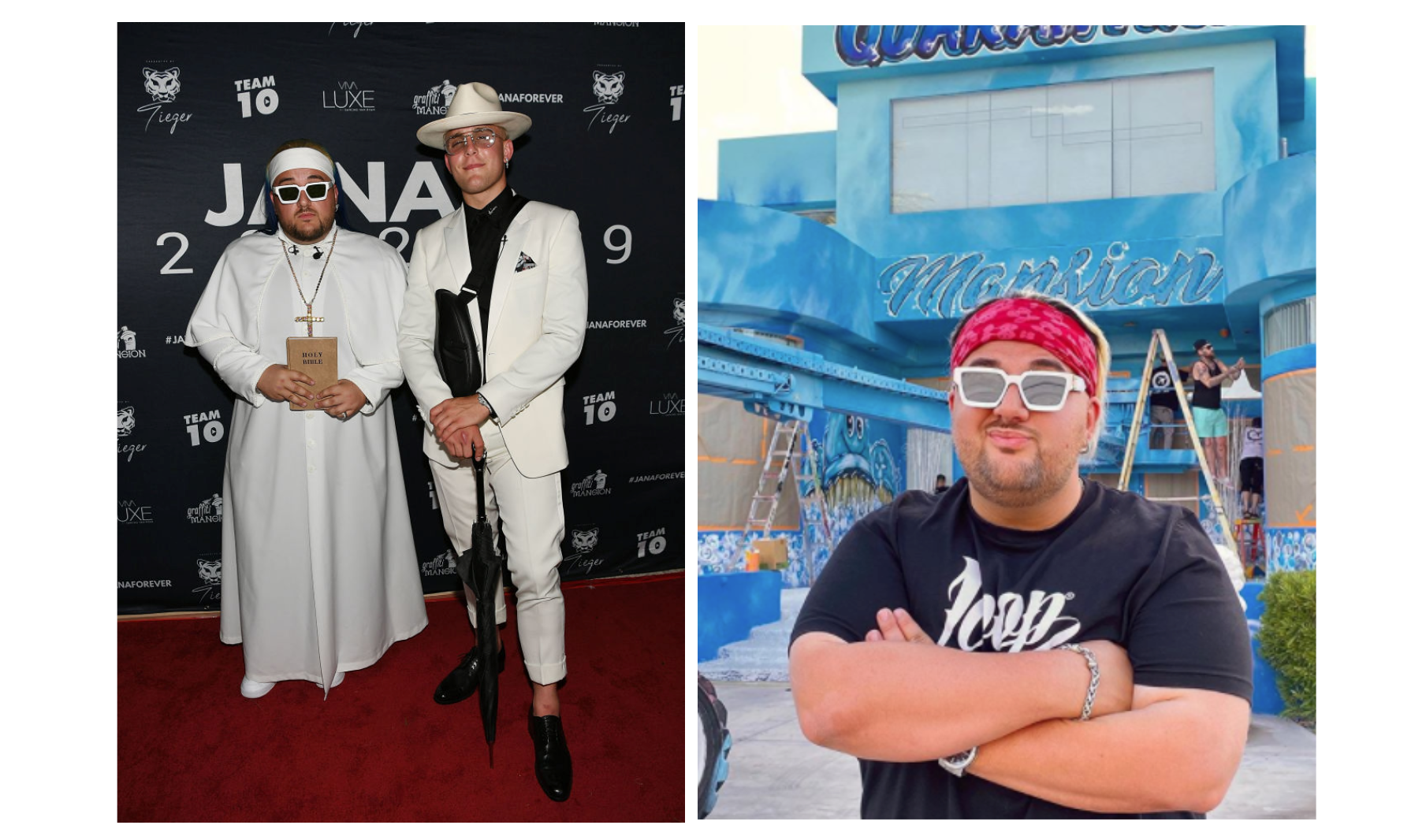 The FBI search of YouTube megastar Jake Paul’s home Wednesday sparked immediate headlines and speculation. Paul is known for mischief, so a federal search of his home, which produced images of police carrying large guns out of the property, was a guaranteed draw for YouTube followers. But as the day continued, another important character in the saga emerged. It was revealed that agents also executed a federal search warrant at the homes Paul’s associate Arman ‘Armani’ Izadi in Las Vegas.

Paul, 23, was charged with two misdemeanours in May for alleged looting and vandalizing at the Scottsdale, Arizona, mall. The charges were eventually dropped to facilitate the pursuit of a federal investigation, according to The Sun. Footage of the incident shared on Instagram showed Paul standing outside a looted P.F. Chang’s restaurant. Paul, who has more than 20 million YouTube subscribers, denied the charges in a May 31 tweet.

Izadi, a DJ, former Team 10 member, and close friend of Paul’s who officiated his stunt wedding to Tana Mongeau, said in a tweet that he was with him in Scottsdale. In a June 4 Instagram caption, he said that he wanted to be charged, too. “If running from the cops shooting tear gas at us with no orders is a crime then #ChargeMeToo,” Izadi, 35, wrote in the caption of the post, which has since been deleted. 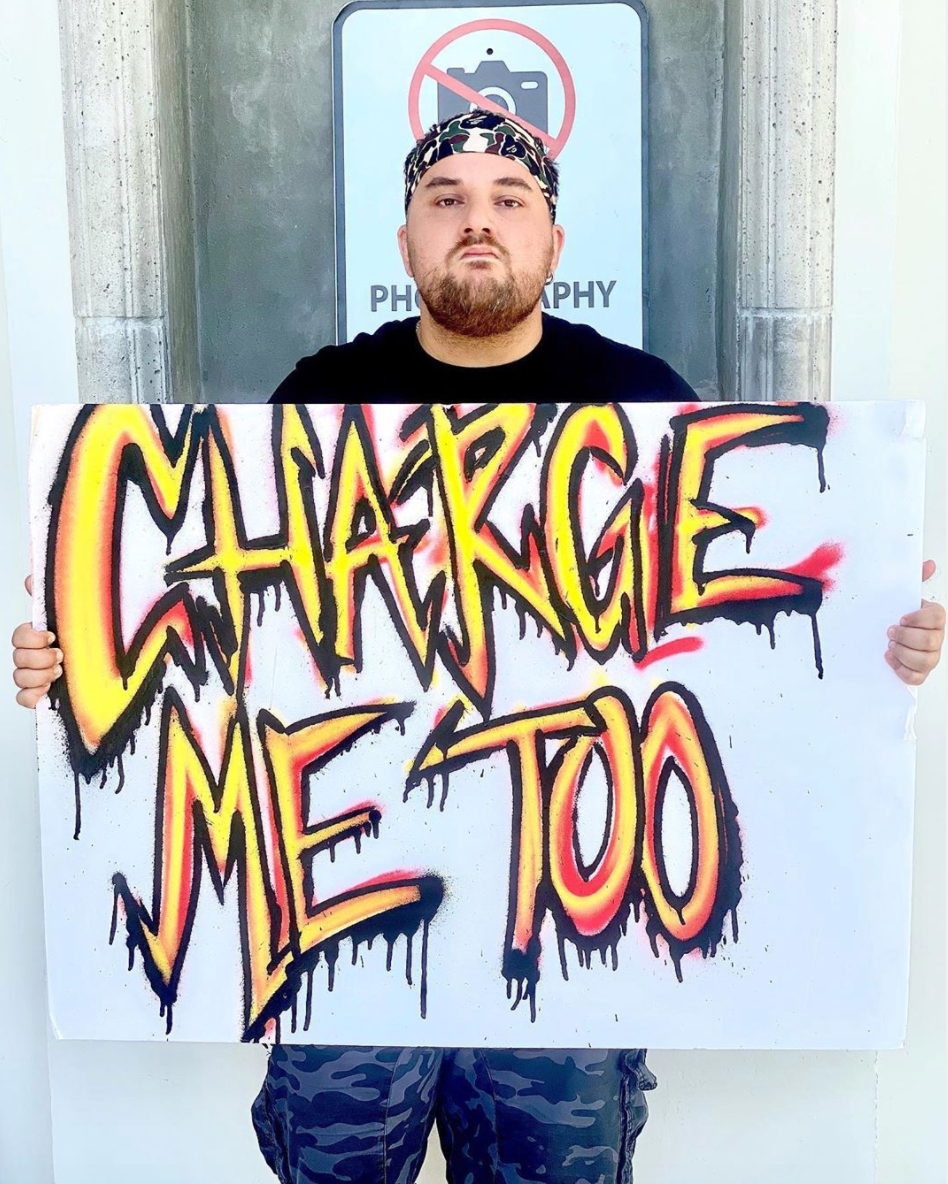 Arman Izadi/InstagramThe picture Arman Izadi posted to Instagram on June 4. The post, in which he defended Jake Paul and asked to be charged with the same crimes, has since been deleted.

Soon after Wednesday’s raid on his hot-pink Las Vegas mansion, which he calls the “Graffiti Mansion,” Izadi posted several Instagram story videos of at least a dozen bikini-clad women hanging out on the property. “The only thing they wanted to know about was Arizona,” he said in an Instagram story, after the internet entered a tailspin of theorizing about the mysterious searches. 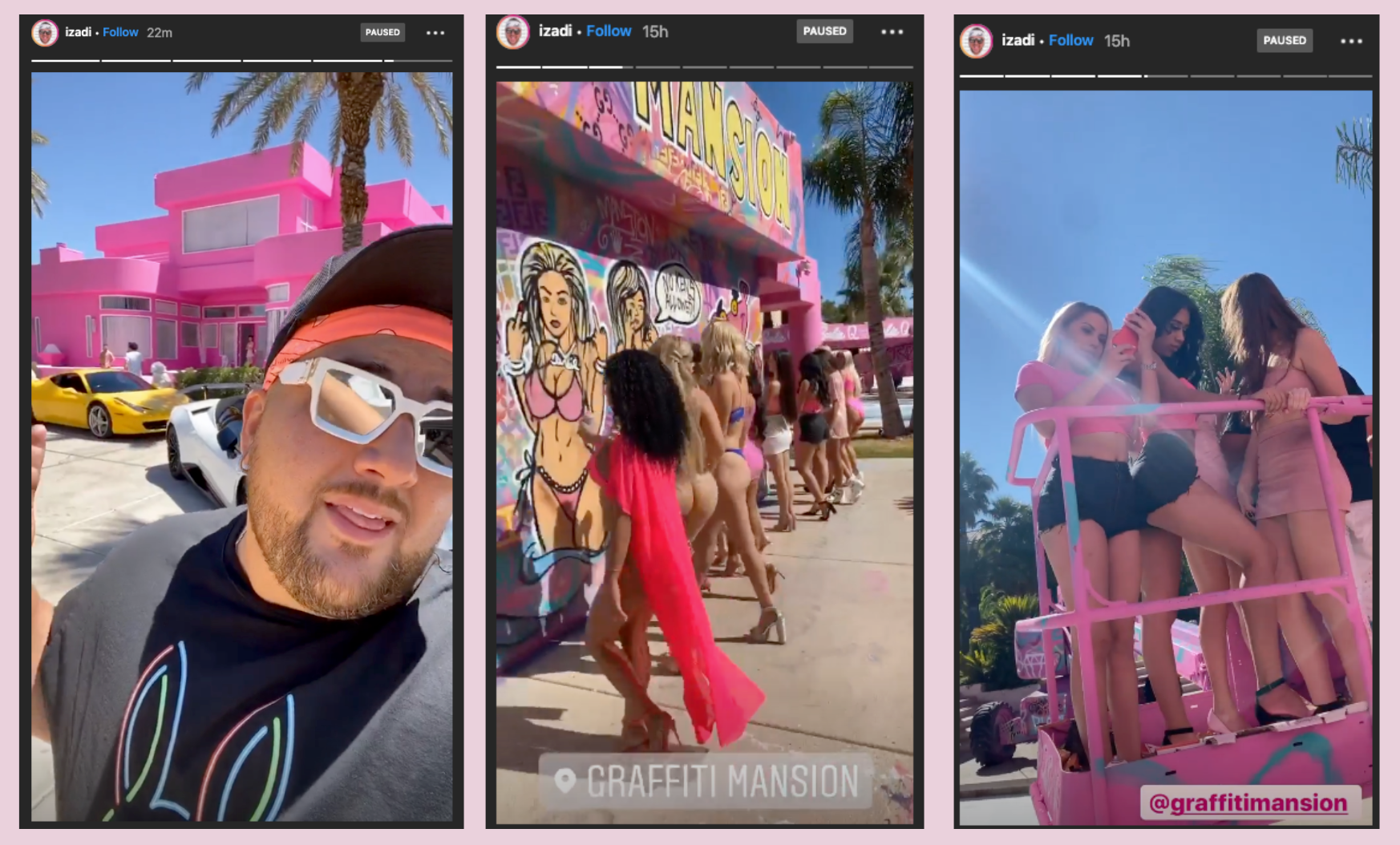 As Will Sommer of The Daily Beast reported in 2018, Izadi has pleaded guilty to pandering, also known as pimping, and attempted battery with substantial bodily harm.

After Izadi was arrested in 2013 on 20 counts – including robbery, kidnapping, pimping, and battery – Sommer reported that three women told a grand jury they were recruited by Izadi through “nightlife events.”

“Izadi lured women to his prostitution ring with promises of immense wealth, his companionship, and most of all, his protection,” the Las Vegas Review-Journal reported in 2013 after reviewing police records.

When one woman tried to quit her work as a prostitute, investigators alleged that he threatened and beat her. The woman described his use of a wet towel on her face as “water boarding,” the Las Vegas Sun reported.

The charges were dropped after Izadi entered a plea deal on one count of pandering in January 2014, the Las Vegas Review-Journal reported. Izadi has maintained his claim that he was “set up” by police, despite his guilty plea, according to the Daily Beast.

The so-called Graffiti Mansion, where Izadi now lives and the Paul brothers have visited often, is known for its wild and lavish parties, often hosting huge groups of women. Izadi, who has 169,000 YouTube subscribers, has posted several videos that depict these parties. He often calls the women who visit the mansion, many of whom are models, “Barbies,” as he did in his Wednesday Instagram stories.

In an interview with the YouTube drama reporter Daniel Keem (a.k.a. Keemstar), Adam Quinn, a former manager of Izadi and Paul’s YouTuber collective Team 10, said that he left his job because of Izadi’s allegedly nefarious behaviour. After confronting Paul about Izadi, Paul said that he would continue working with him, Quinn said.

Allegations of inappropriate behaviour and harassment at Team 10 homes have spread throughout the YouTube community. In a May 2019 YouTube video, YouTuber Hannah Forcier described her experience at Paul’s Team 10 mansion in Calabasas as sexual assault. “It was so uncomfortable,” Forcier said in her video, explaining details of how two unidentified men in the home allegedly grabbed her butt, even after she said she was uncomfortable. Forcier specified that the men were neither Paul nor Izadi, but she left the home immediately after the alleged assault.

Representatives for Izadi and Paul did not return Insider’s request for comment.