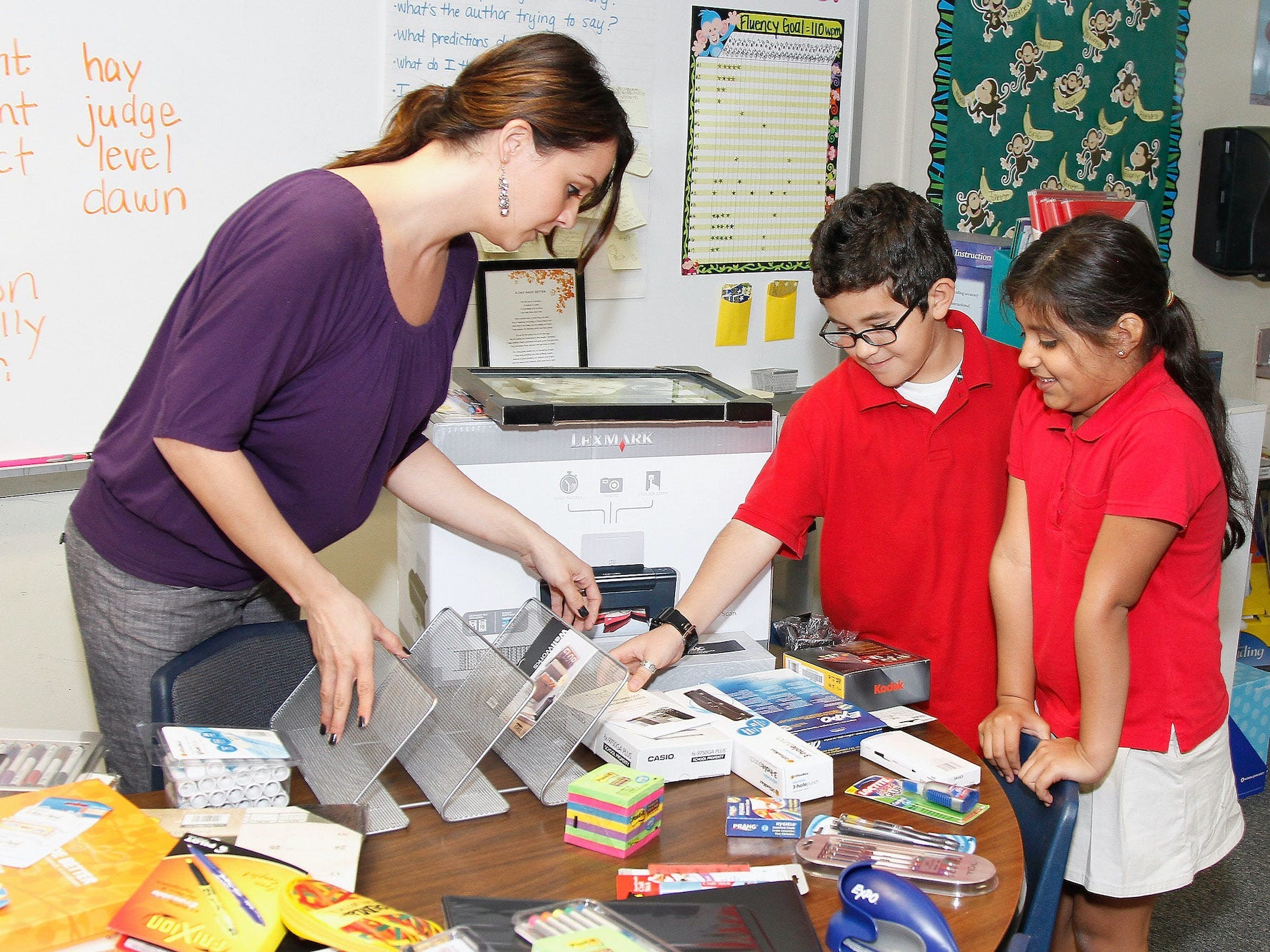 Arizona voters passed Proposition 208, which will enact an additional income tax for high-earners. All of the money will go to public and charter schools.

“Arizona’s 1.2 million K-12 public education students are the big winners tonight. By passing Proposition 208, Arizona voters said yes to our state’s students and their future,” Amber Gould, the chairwoman of Yes on 208, wrote in a statement. Creators of the initiative estimated that it could bring in $US940 million for schools every year.

The state’s governor had previously spoken out against the proposition after it was endorsed by Sen. Bernie Sanders.

“It would make us the equivalent of Bernie Sanders’ Vermont, or New York state or Washington DC,” Gov. Doug Ducey said when asked about the endorsement, according to AZ Central. Tucson.com reported that one business group spent $US8.6 million in a last-ditch effort against the proposition.

A group called No on Prop 8 decried the impact that the proposition could have on small businesses, and how large the increase to the income tax would be.

An influx of cash into an ailing system

Teachers in the state participated in a historic week-long walkout in 2018, ultimately winning a 20% raise.

They later pushed for a ballot initiative that would tax the wealthy to fund education. Per New York Magazine, that 2018 initiative was struck from the ballot by the Arizona Supreme Court over technical wording issues.

The state may also be on the cusp of a seismic political shift:President-elect Joe Biden is currently ahead of President Donald Trump in Arizona’s vote count. A Biden win would flip Arizona, which has voted Republican in all but one presidential election since 1972.

Arizona has long been the home state of nationally notable Republicans, including former presidential nominee John McCain and Barry Goldwater, whose run for president in 1964 established him as a leading voice in the modern conservative movement. In the Trump era, a conservative senator from the state, Jeff Flake, opted to retire from his position in lieu of supporting the president. In a 2019 Washington Post op-ed he wrote: “Trust me when I say you can go elsewhere for a job. But you cannot go elsewhere for a soul.” He ultimately endorsed Joe Biden for president.