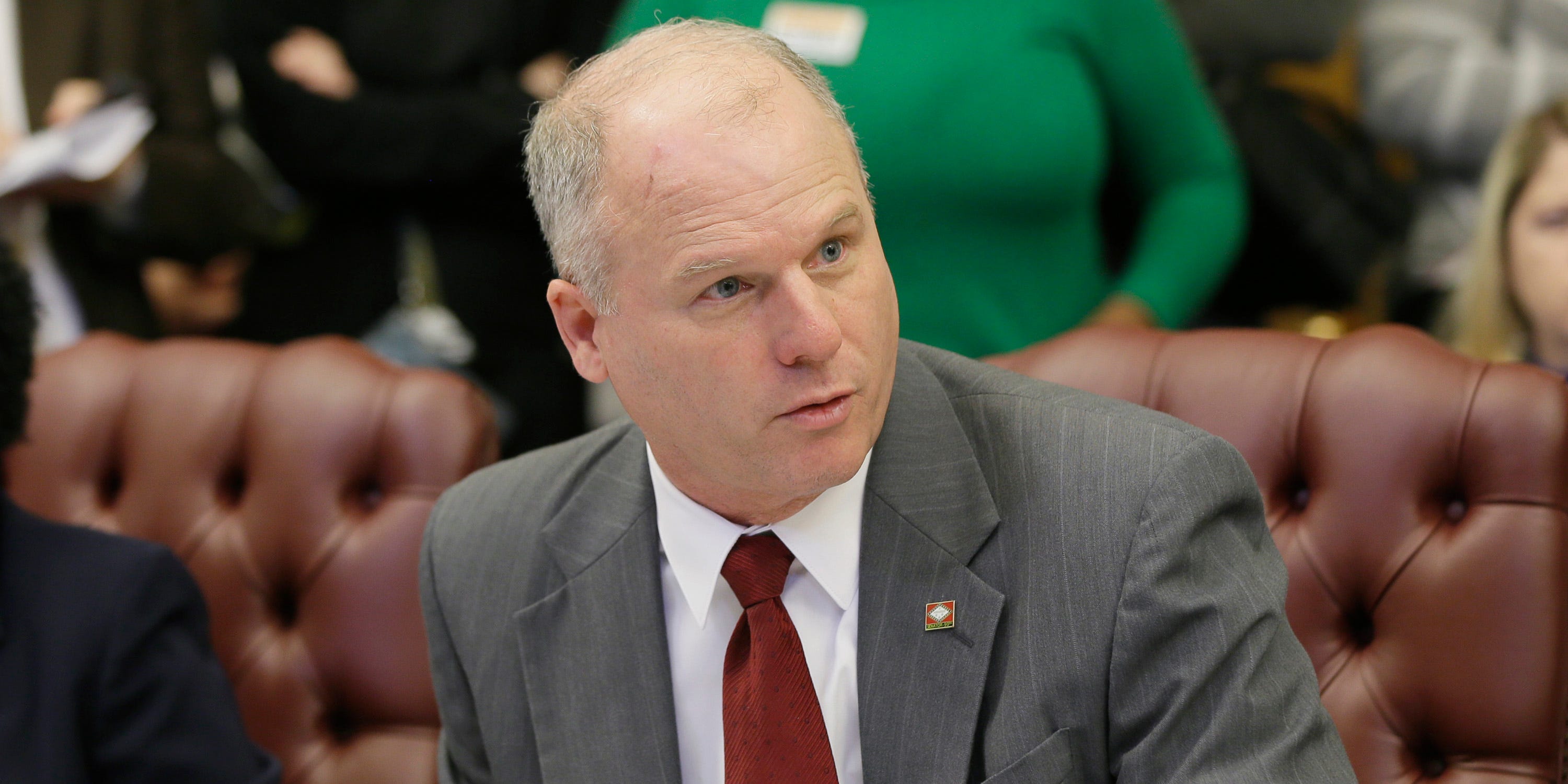 AP Photo/Danny JohnstonFILE: Sen. Jim Hendren speaks during a meeting of the Senate Education Committee at the Arkansas state Capitol in Little Rock in 2015.

A longtime Arkansas state lawmaker, with deep familial connections to the GOP, announced this week that he was leaving the Republican Party, citing the growing partisan divide and the Republican Party’s refusal to rein in former President Donald Trump.

State Sen. Jim Hendren announced he was leaving the Republican Party and switching his affiliation to Independent in a nine-minute YouTube video posted Thursday. In the video, Hendren said political parties had enabled and even rewarded the growing partisan divide and said he’d grown “deeply concerned” over the state of US politics.

“There’s a real danger that the Republican Party is going to be one that you can’t win a primary without being a Trump supporter, and you can’t win a general by being a Trump supporter,” Hendren told CNN in an interview Friday. “What would have happened, then, is we’ve taken a party that was about principle and about conservative government to one that is about one man and a personality. And that is a race that doesn’t end well for the GOP.”

In the Thursday video, Hendren said his dissatisfaction with the Republican Party’s response to Trump has been years-long, beginning with the ex-president’s first campaign for the White House. He said Thursday he and his conservative beliefs had remained constant while the Republican Party had changed.

“I watched the former President actively fan the flame of racist rhetoric, make fun of those with disabilities, bully his enemies, and talk about women in ways that would never be tolerated in my home or business,” he said. “After he did this from the highest office in the land, I realized that my daughters and my granddaughters were hearing it too. And I worried about the example this set for my sons and grandsons.”

As CNN reported, Hendren, an Arkansas native, has served as a state lawmaker in the state since 1995. From 1995 to 2012, Hendren served in the state House of Representatives before moving to the state Senate in 2013. For four years, Hendren was the state Senate minority leader. He plans to remain in the Senate as an Independent, he said.

“I’ve watched a systemic change at the core of our politics that emboldens our worst impulses, the most extreme thinking, disables policymaking, and hurts all of us,” Hendren, a former Air Force fighter pilot, said. “It would be easy to blame this on one person or on a few but sadly it runs more deeply and cuts more broadly than that.”

Hendren said that he witnessed GOP leadership “too often taking a backseat rather than leading.”

Hendren pointed toward events in Trump’s final months in office as the moments that pushed him out of the GOP, and said that Trump’s incitement of the deadly riot at the US Capitol on January 6 was the “final straw.”

“For months, I watched as members of my own party and our former president tried to overturn the results of a fair and free election, the very hallmark of our democracy, with lies, with false statements, conspiracy theories, and attempts to subvert the Constitution,” he said.

Hendren is the nephew of Arkansas Gov. Asa Hutchison, a Republican, and the son of former state lawmaker Kim Hendren, also a Republican, CNN reported. Hendren told CNN he hadn’t ruled out a run for governor next year when his uncle finishes his second and final term in office.

Hendren said he’s founded an organization called Common Ground Arkansas to help create a “place for people who are politically homeless,” he said.

Hendren’s resignation from the GOP comes amid a continued split in the Republican Party. Members of the GOP who have condemned Trump or voted in favor of his impeachment in the House and removal in the Senate have been censured or otherwise criticized by members of their own party for abandoning the former president.

The Senate last week failed to convict Trump for inciting the January 6 riot at the Capitol that left five people dead.