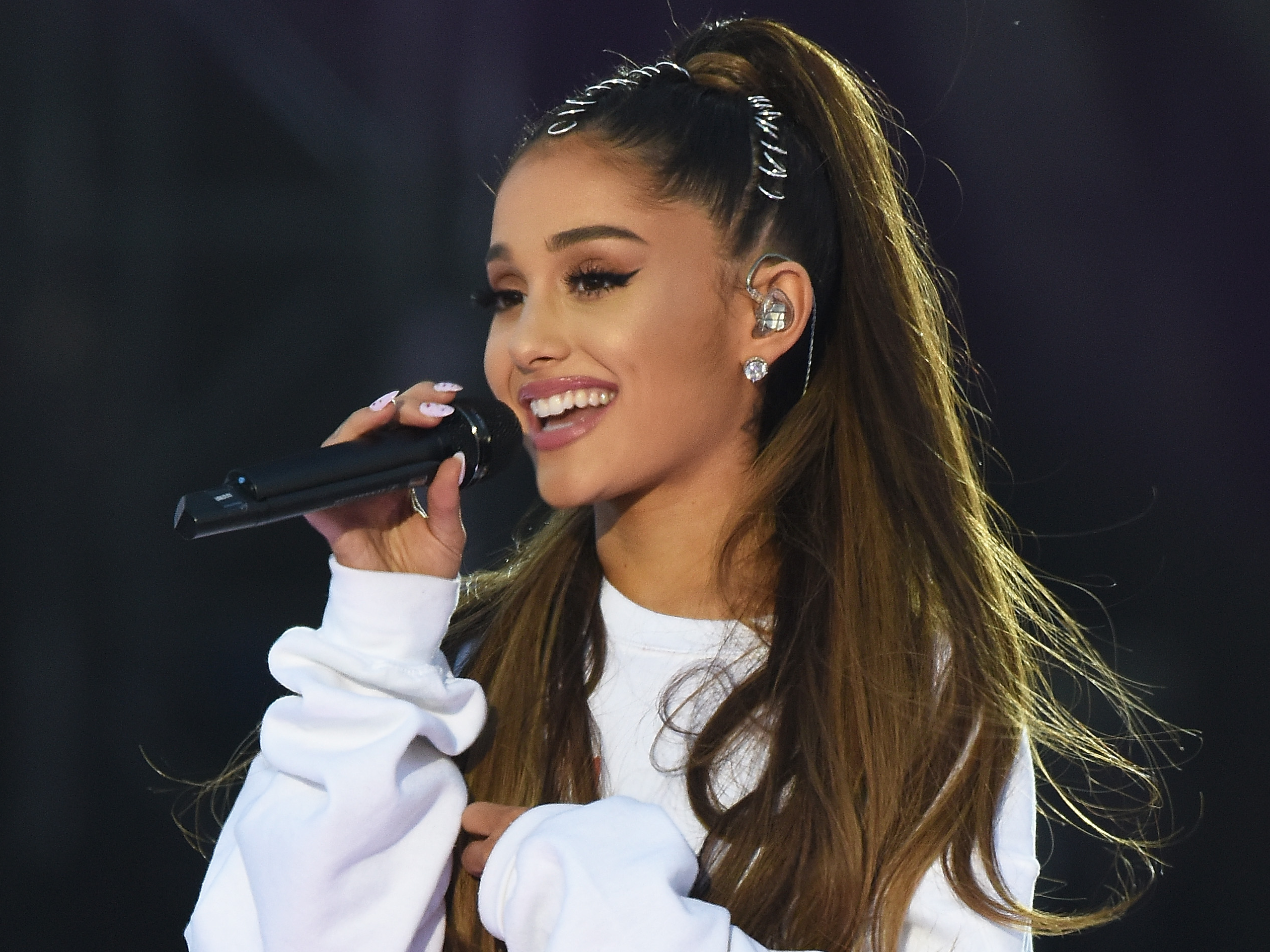 Getty/Dave HoganAriana Grande has been acting and singing for years.

You might be familiar with Ariana Grande’s early stint as Cat Valentine on the Nickelodeon shows “Victorious” and “Sam and Cat” and you probably know of her music, including her latest album, “Positions.”

But even fans may not know everything about the songstress.

Read on for 12 interesting things you might not know about Grande.

She got her start in musical theatre. 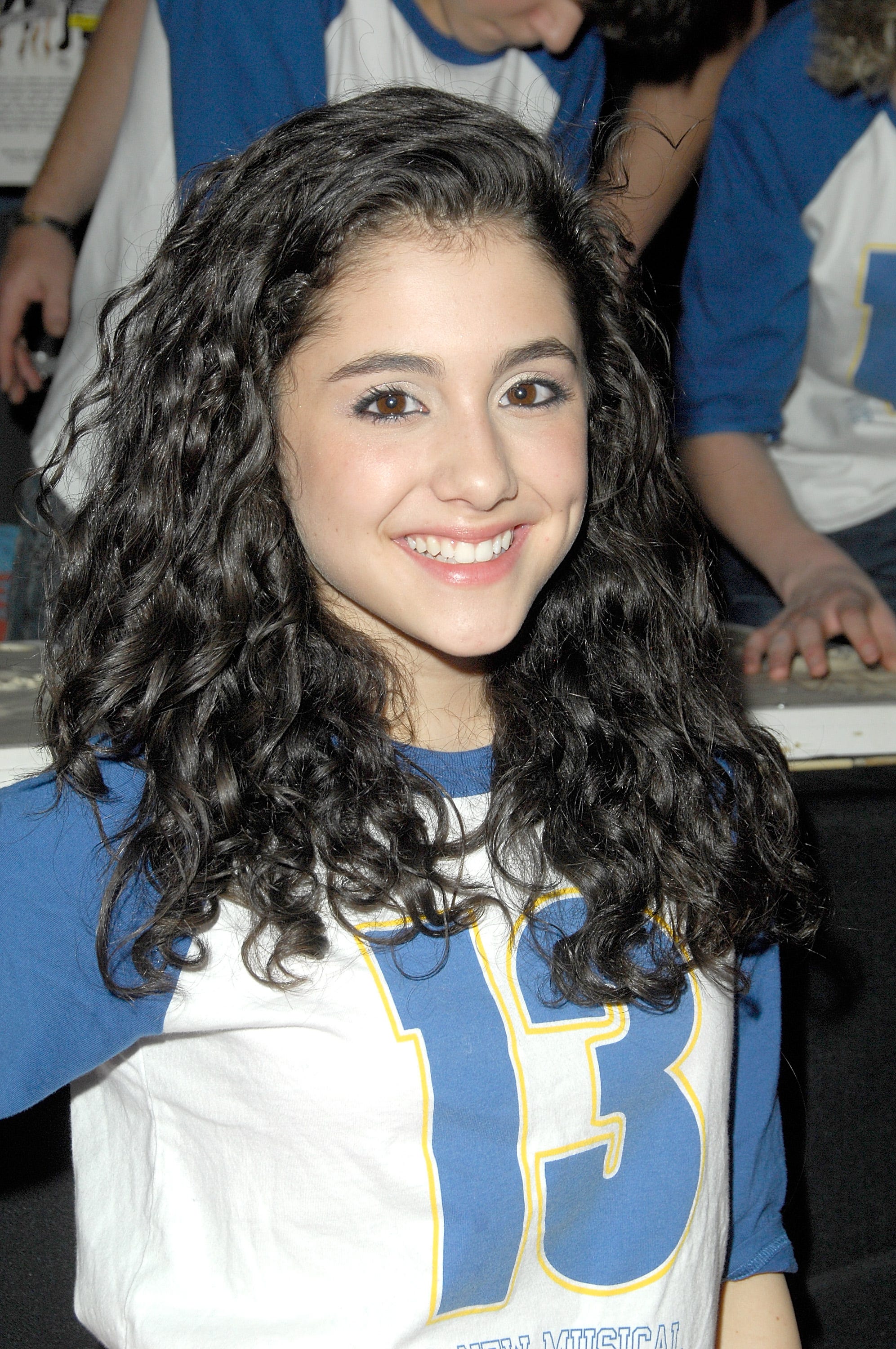 Before landing a gig on the Nickelodeon show “Victorious,” Grande was involved in musical theatre.

A native Floridian, Grande performed with the Fort Lauderdale Children’s Theatre as a child. One of her performances included the leading role in “Annie.”

She also starred in the Broadway musical “13.” 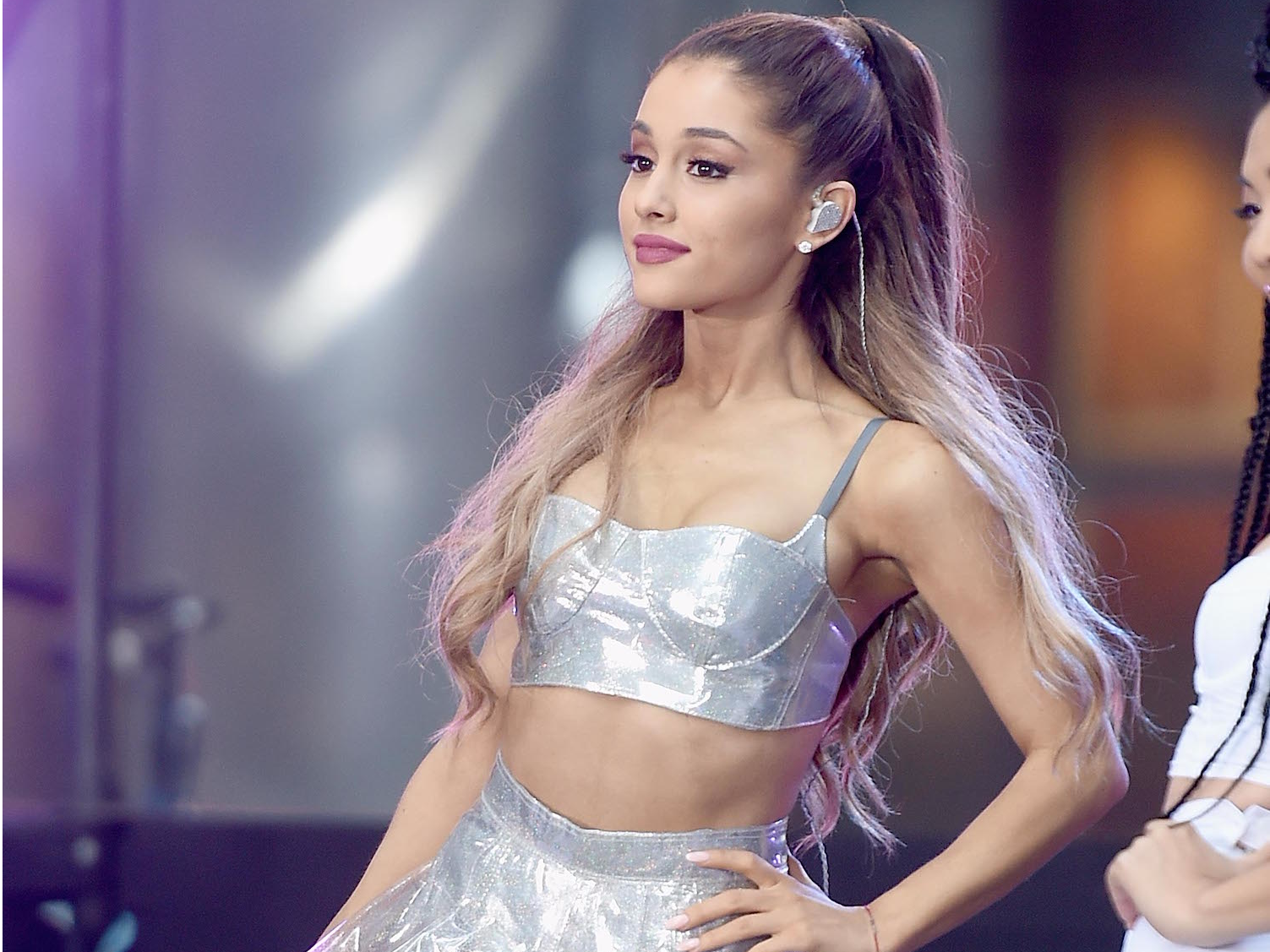 Jamie McCarthy / GettyShe tweeted about it in 2010.

Even though she played Cat Valentine in “Victorious” and “Sam and Cat,” the former Nickelodeon star is allergic to her namesake.

One of her singles earned her some major status as a pop icon — and a lawsuit. 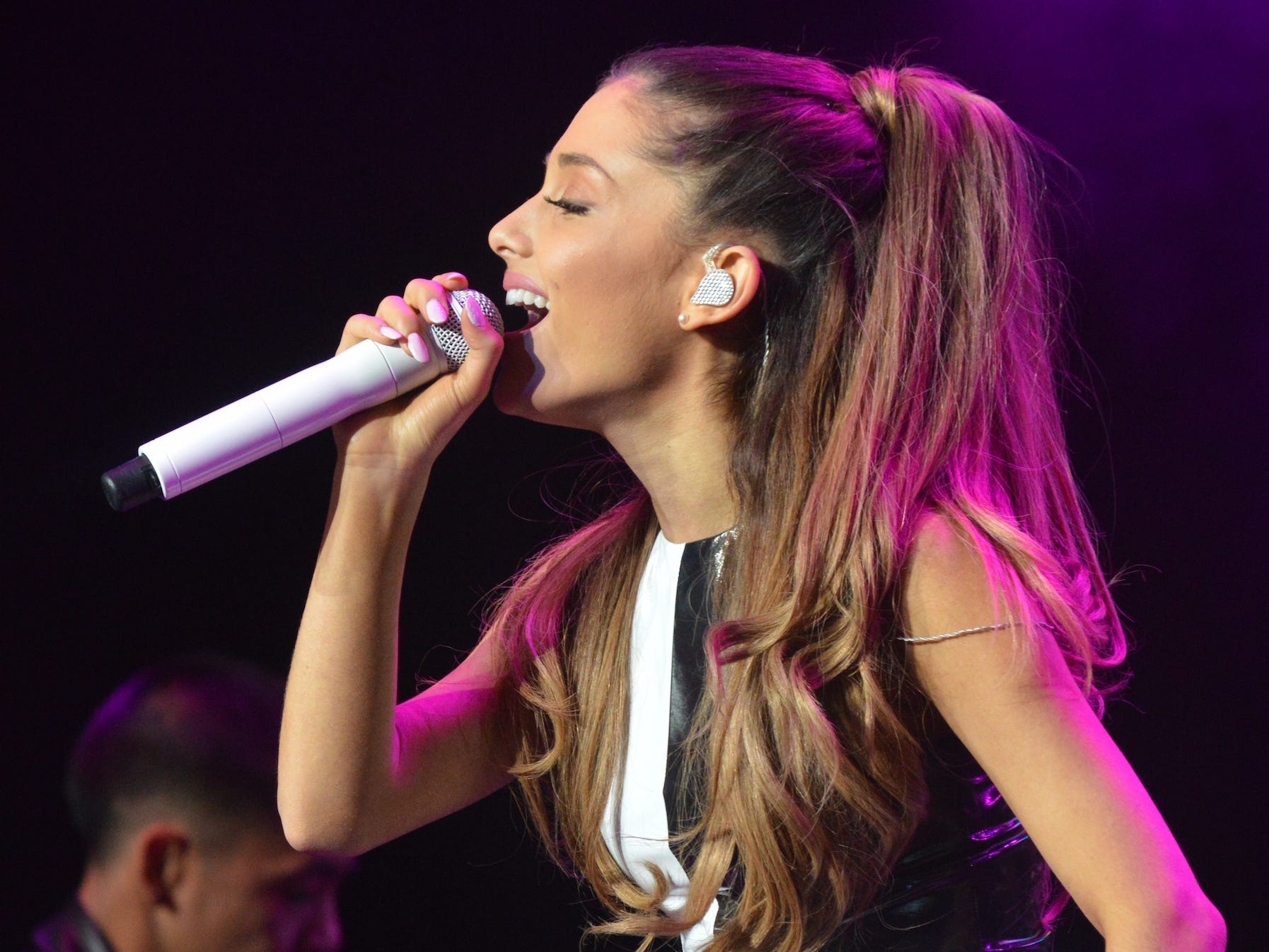 According to ABC news, Grande was sued in 2013 for allegedly copying a lyric for her smash hit, “The Way,” featuring Mac Miller.

According to the suit, “The Way” allegedly copied a lyric from the 1972 song ” Troglodyte (Cave Man)” by The Jimmy Castor Bunch.

In 2015, New York Daily News reported that the suit reached a confidential settlement.

She’s got a few special vocal impressions up her sleeve. 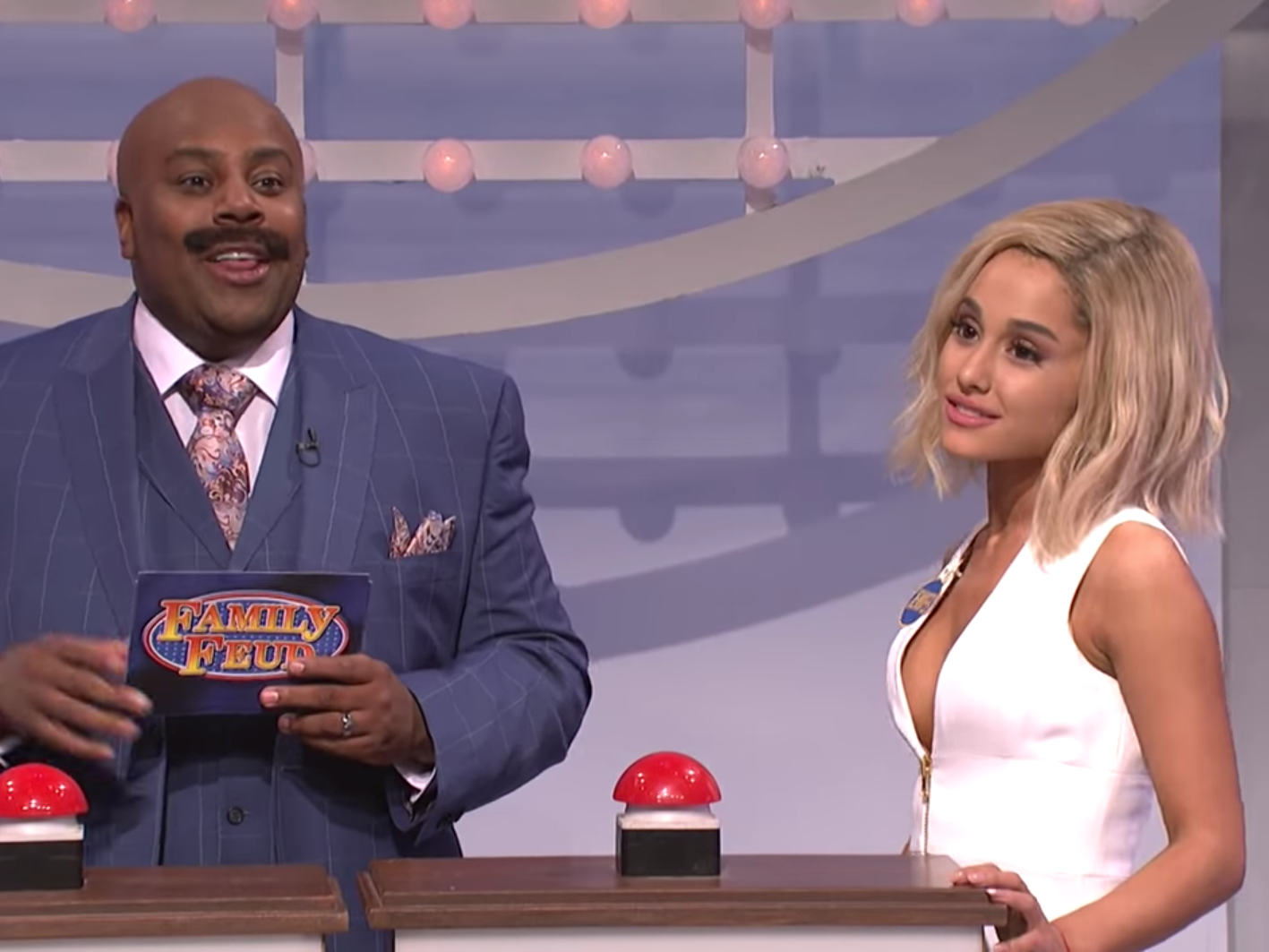 Grande’s impression of Jennifer Lawrence stole the show on NBC’s “Saturday Night Live.” But the “Hunger Games” star isn’t the only celeb whose vocals Grande can impersonate.

She also showed off her musical impressions on “The Tonight Show Starring Jimmy Fallon,” where she impersonated singers like Britney Spears and Christina Aguilera.

She’s said the first song she remembers singing is “Somewhere Over the Rainbow.” Frederick M. Brown/Getty ImagesAriana Grande said ‘The Wizard of Oz’ used to be her favourite movie.

In a 2012 interview with Neon Limelight, Grande said “Somewhere Over the Rainbow” is the first song she remembers singing.

In that same interview, she shared that “The Wizard of Oz” was her favourite movie when she was younger.

She resents her debut single and its music video. 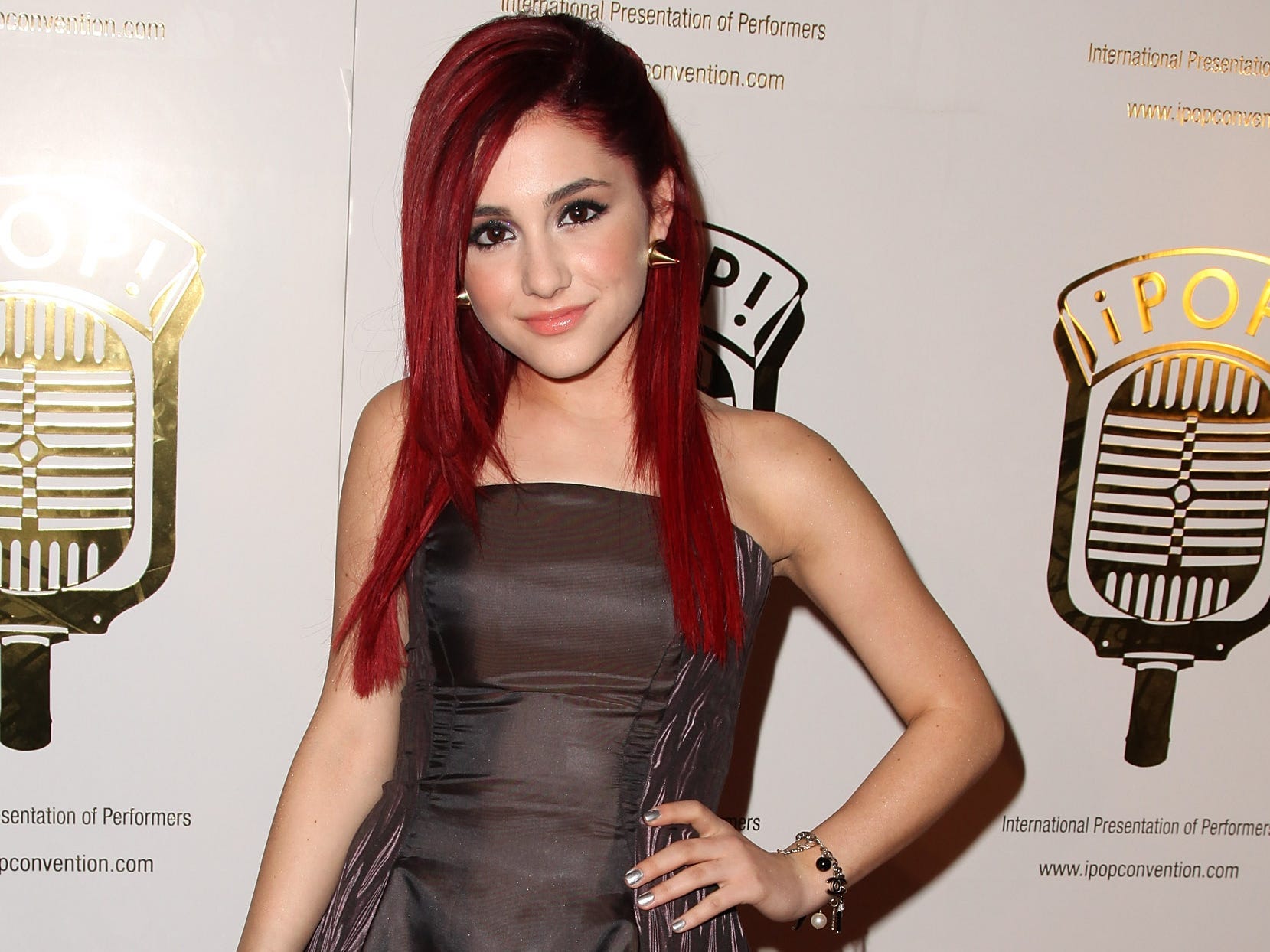 The 2011 song, “Put Your Hearts Up,” was a bubblegum-pop proclamation of positivity, but Grande felt anything but positive about the “inauthentic” track and its music video.

“It was geared toward kids and felt so inauthentic and fake,” Grande told Rolling Stone in 2014. “For the video, they gave me a bad spray tan and put me in a princess dress and had me frolic around the street. The whole thing was straight out of hell. I still have nightmares about it and I made them hide it on my Vevo page.”

Currently, it appears the video is still hidden from her Vevo page or it has been deleted.

She shares a manager with a few fellow big names. 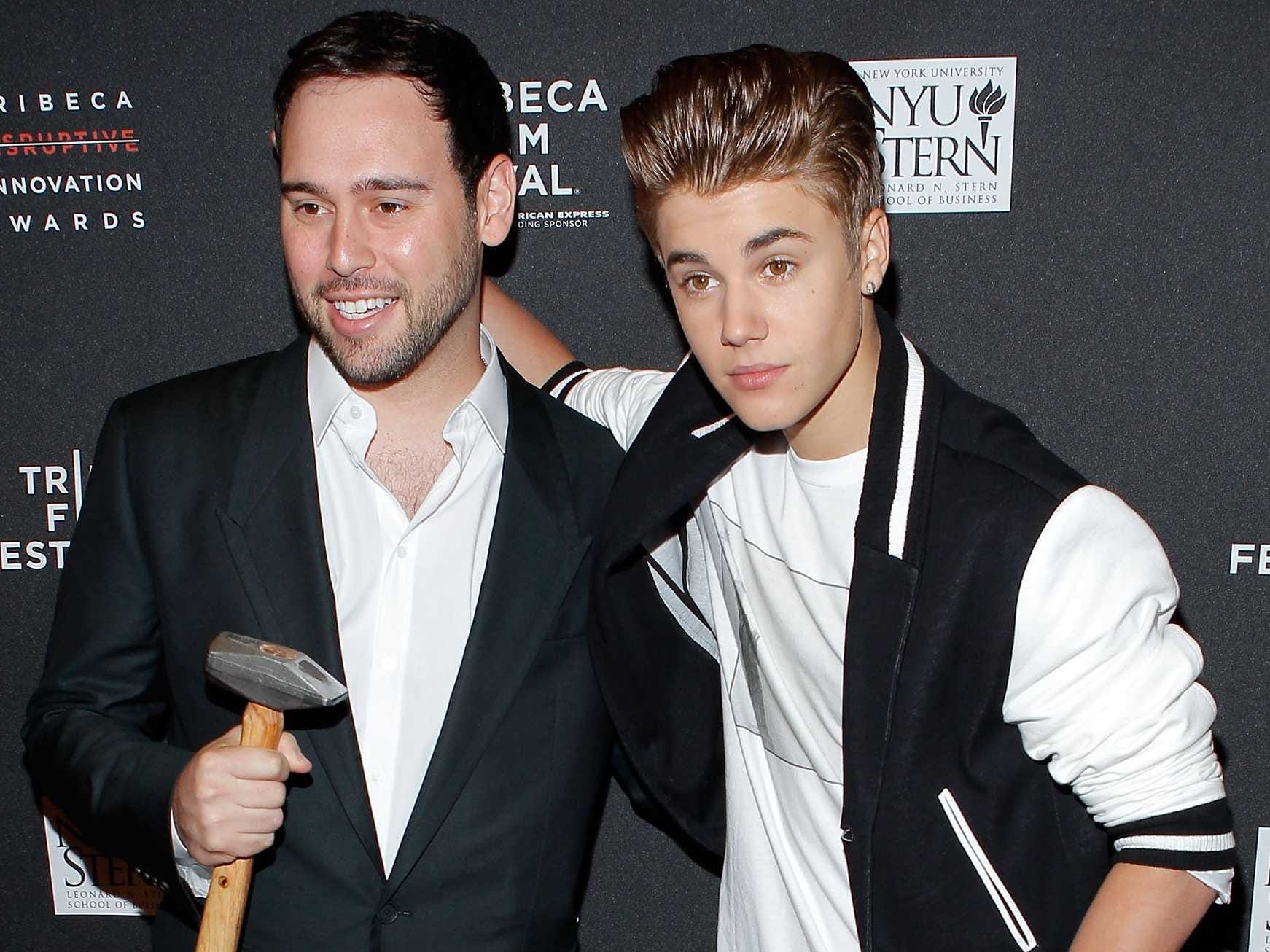 Her last name isn’t pronounced the way you might think. 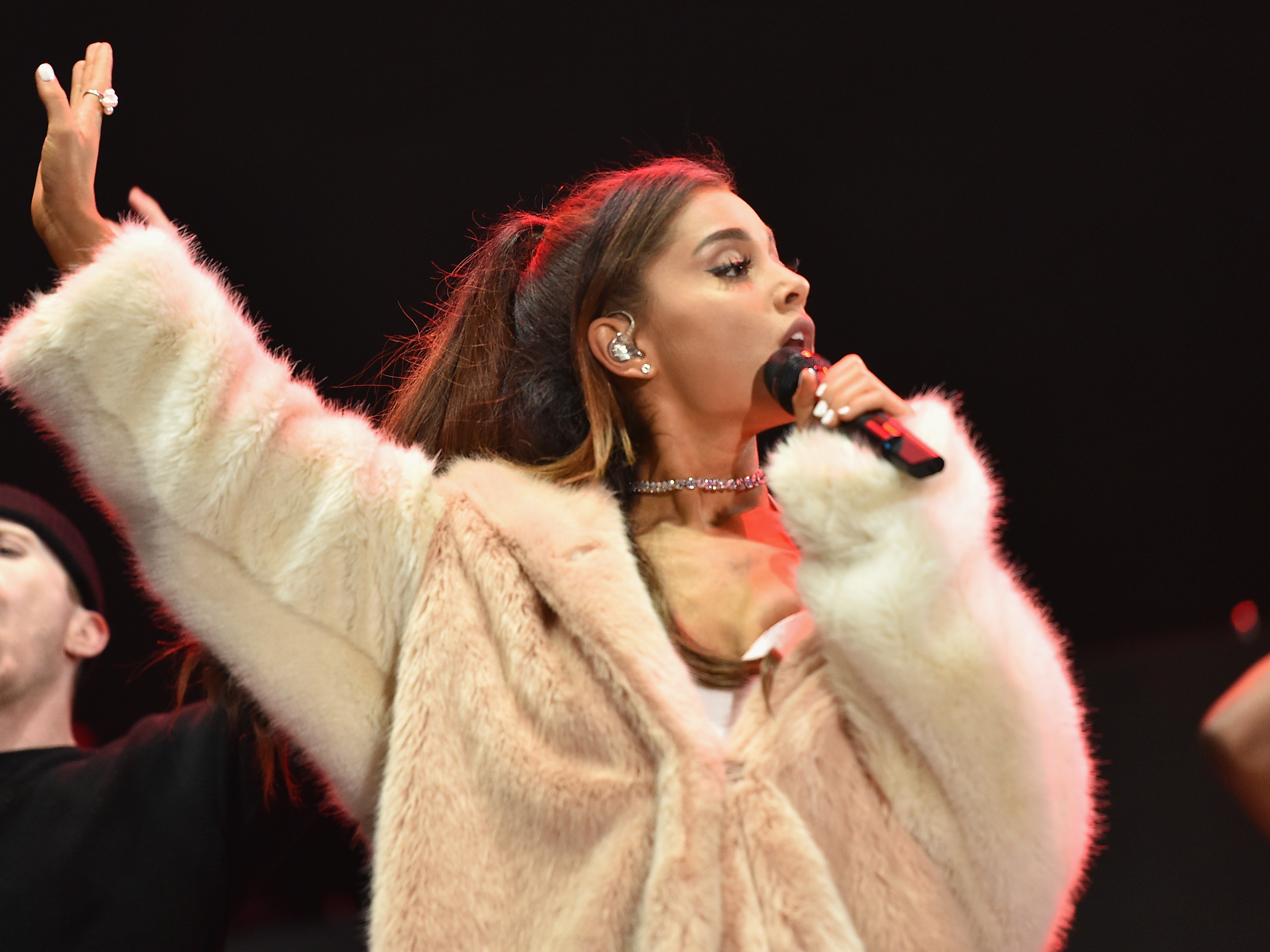 Mike Windle/Getty ImagesAriana Grande’s said she wishes she pronounced it the way her grandpa did more often.

In a 2018 Beats One interview, Ariana Grande shared that her grandpa didn’t pronounce her last name as many commonly do: “Grahn-day.”

“My brother was like, we should say ‘Gran-day.’ It’s so fun to say it. I grew up saying ‘Grand-ee’ and I think of my grandpa and I wish I said ‘Grand-ee’ more,” Grande told the interviewer. 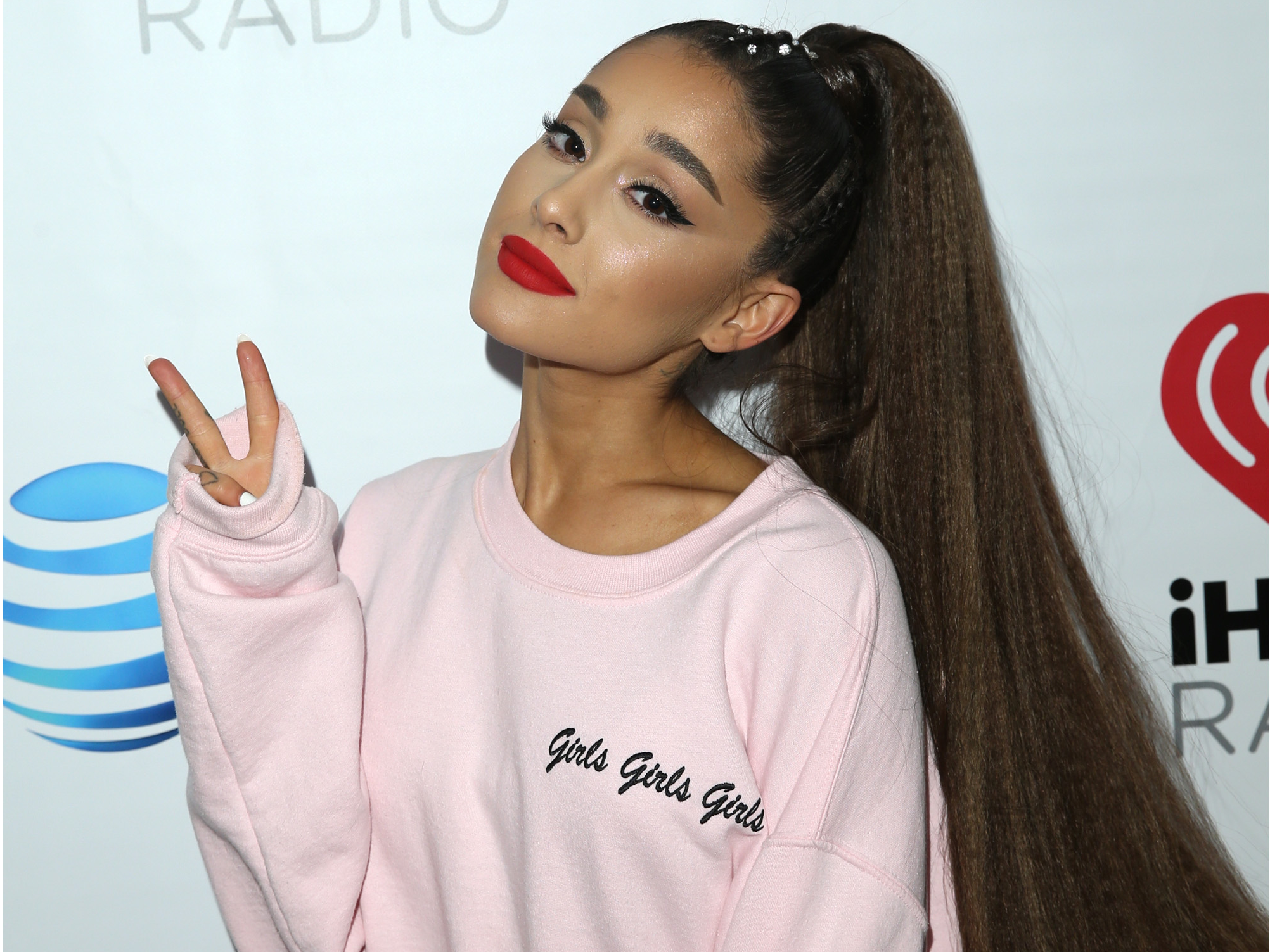 Jesse Grant/Getty ImagesAriana Grande tweeted about it in 2013.

In 2013, Grande tweeted she was going “100% vegan,” adding that her “heart feels very happy” with the dietary decision.

In 2014, she said she was raised Catholic, but now has a connection with Kabbalah. Kevin Winter/Getty ImagesAriana Grande has said Kabbalah stuck with her.

In an interview with Telegraph in 2014, Grande explained that she grew up Catholic, but later found a connection with Kabbalah.

“They were building a Kabbalah centre in Florida so [me and my brother] checked it out and really had a connection with it,” Grande told Telegraph. “[Kabbalah] sort of stuck with me. And since then my life has unfolded in a really beautiful way, and I think that it has a lot to do with the tools I’ve learned through Kabbalah, I really do.”

Kabbalah is “an ancient wisdom” that focuses on “how to receive fulfillment” in one’s life.

Grande is a fan of “Harry Potter” — and she’s a Slytherin. 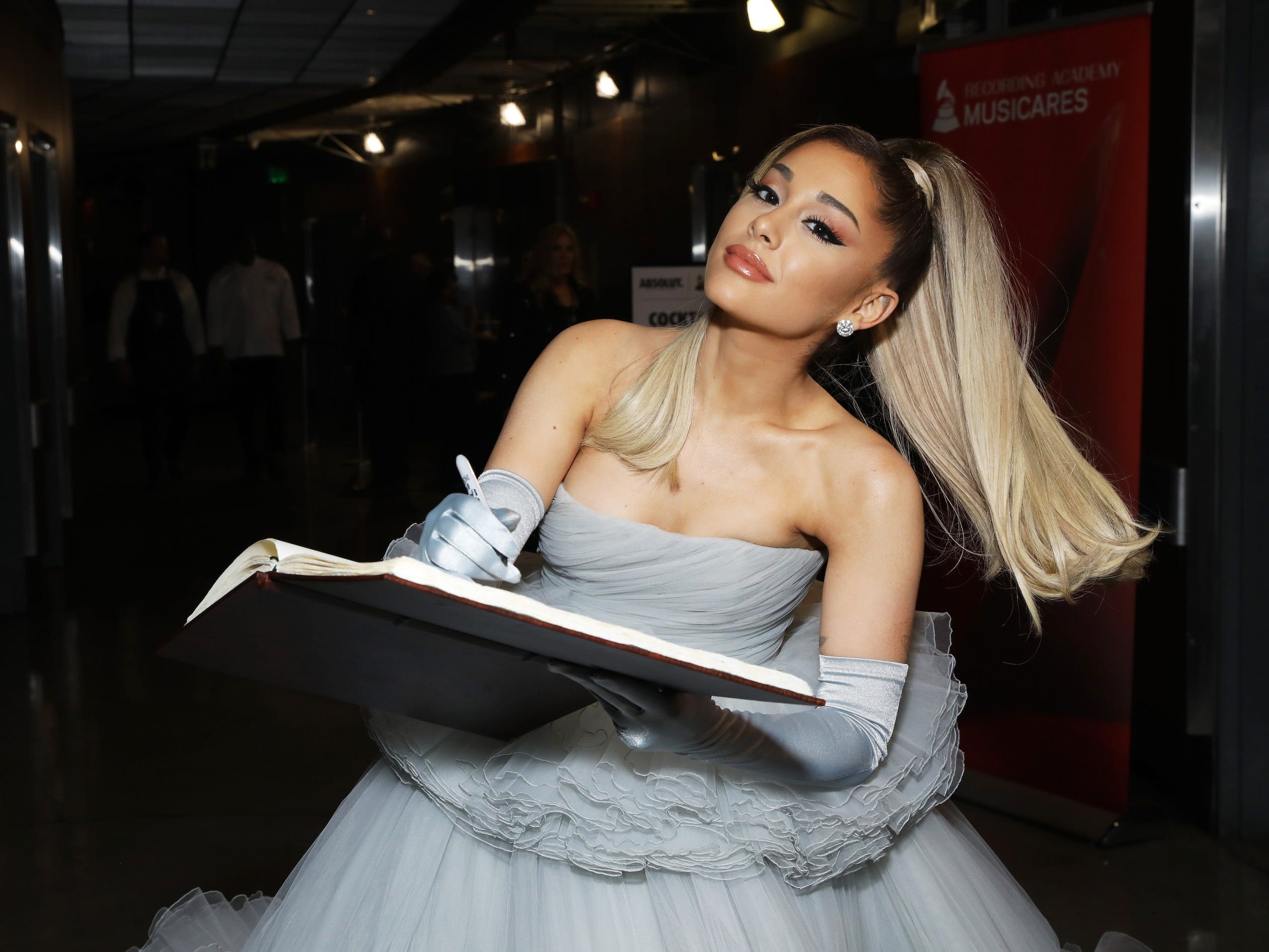 Robin Marchant/Getty Images for The Recording AcademyAriana Grande may have a ‘Harry Potter’-inspired tattoo on her hand.

The singer has been pretty vocal about her love for the fantasy franchise, and she has a few tattoos that seem to be inspired by it – including the word “Lumos,” a spell used to produce light in “Harry Potter,” on her hand.

In 2015, Tom Felton, who played Draco Malfoy in the “Harry Potter” movies, told HuffPost he thought Grande would be a Gryffindor.

She shared on Twitter that the Pottermore quiz told her she’s a Slytherin.

She started wearing her hair in a ponytail because of how damaged it was. 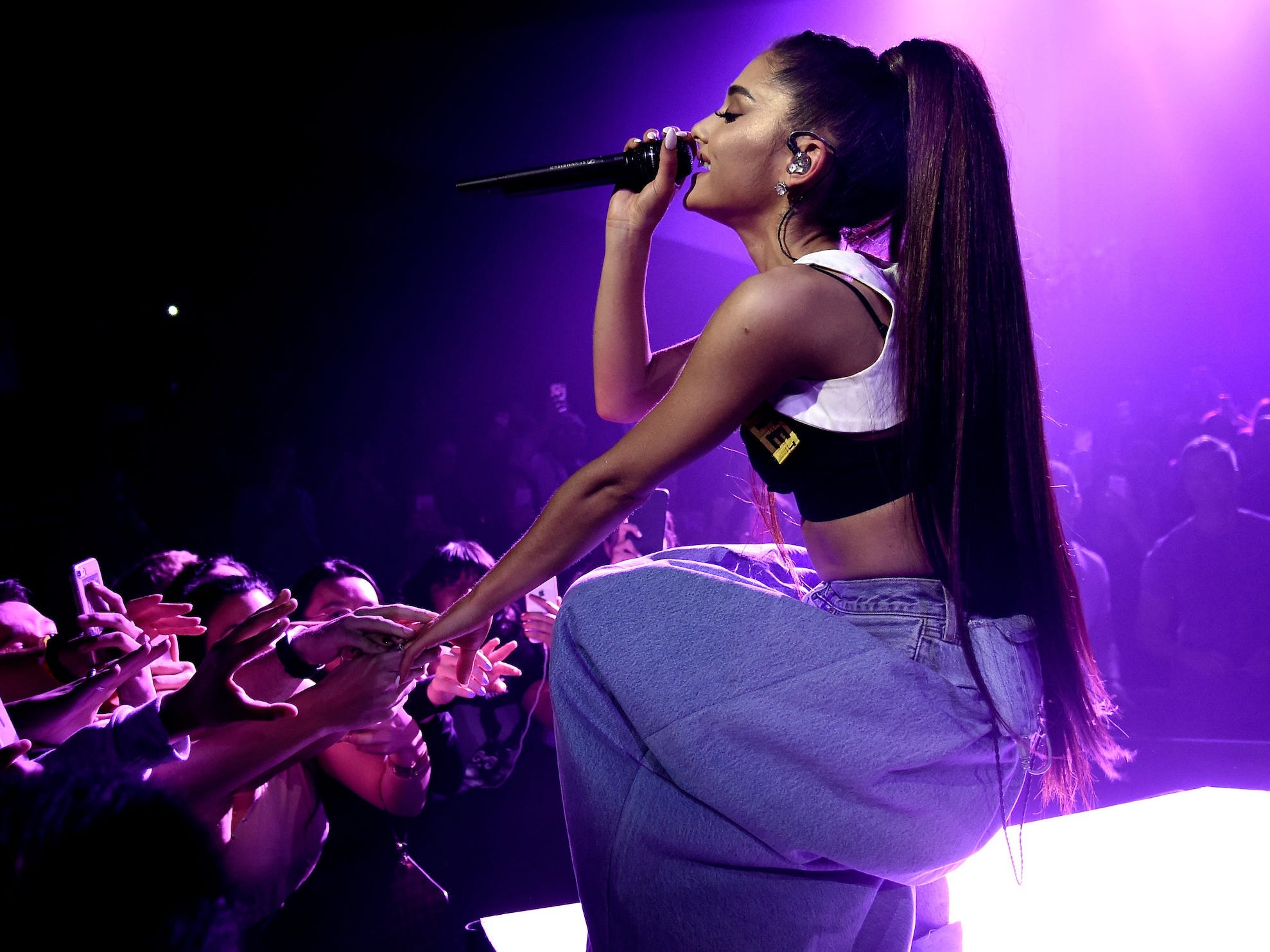 In a 2014 Facebook post, the singer told fans who were annoyed by her repetitive hairstyle choice that she did it because of damage from her role as red-haired Cat Valentine on “Victorious.”

“I had to bleach my hair and dye it red every other week for the first 4 years of playing Cat… as one would assume, that completely destroyed my hair,” she wrote.

She continued, “I now wear a wig on Sam & Cat. My real hair is back to brown and I wear extensions but I wear it in a pony tail because my actual hair is so broken … “

Years later, the hairstyle is still her signature, and it looks like it’s here to stay.

Ariana Grande’s 18 best looks from her music videos, from ‘Baby I’ to ‘Positions’