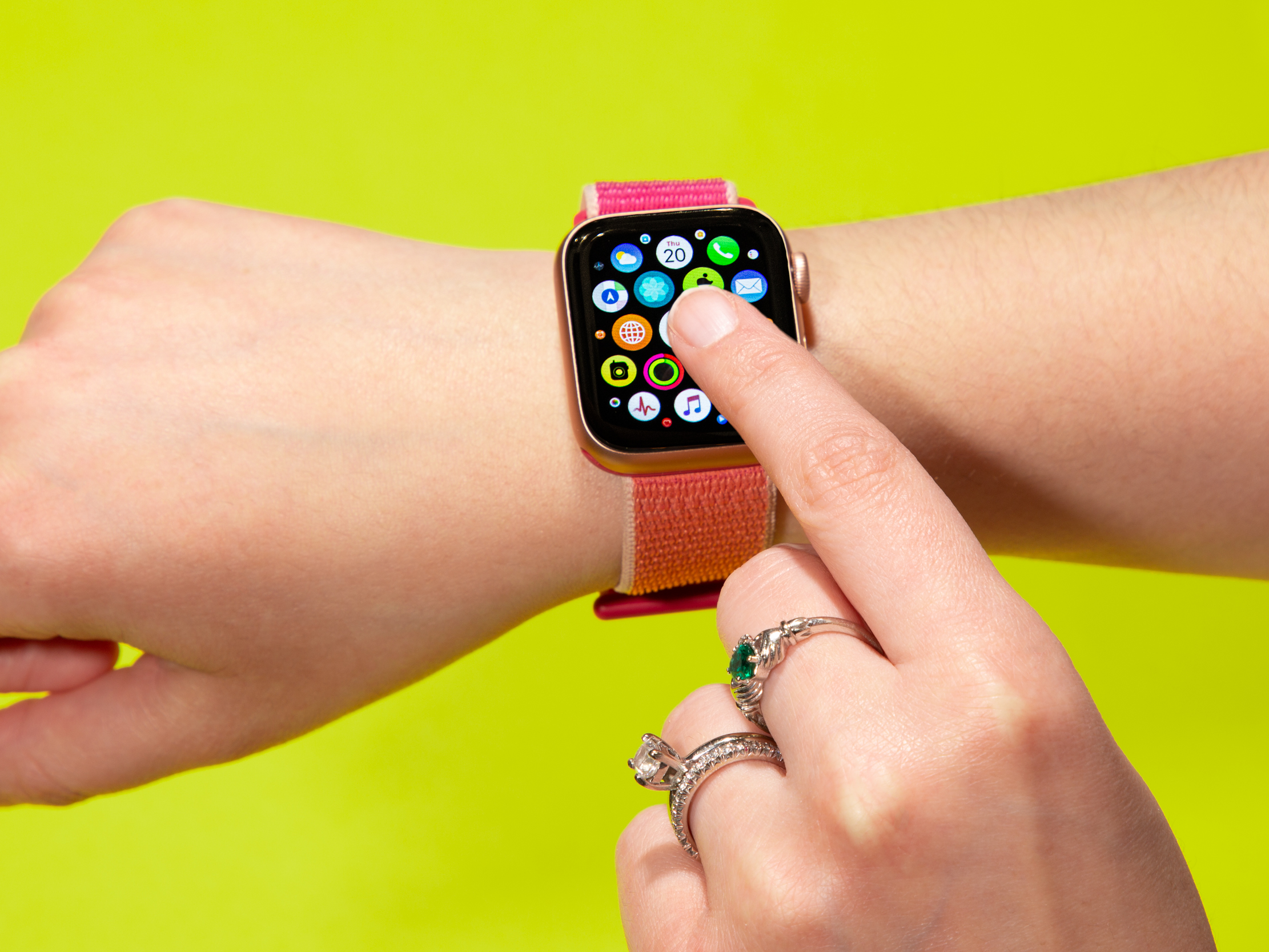 The Apple Watch has come a long way in its five years on the market. It’s grown from being a somewhat limited wearable that was often playing catch-up in terms of health tracking to becoming one of the most popular and feature-rich smartwatches available.

It seems like Apple’s efforts have paid off so far: Apple was the top wearable-device maker in the fourth quarter of 2019, claiming 36.5% of the global market, according to The International Data Corporation.

Apple’s wearables, home, and accessories division, which includes the Apple Watch and AirPods, has also been booming. Wearables hit a quarterly record in Apple’s fiscal second quarter of 2020, and the division generated $US6.3 billion in revenue for the quarter.

But there are still plenty of ways in which the Apple Watch could improve, particularly when it comes to battery life and sleep tracking capabilities.

Here’s a look at the features we want to see in Apple’s next Apple Watch, which the company is expected to debut in the fall as it has done in years past. 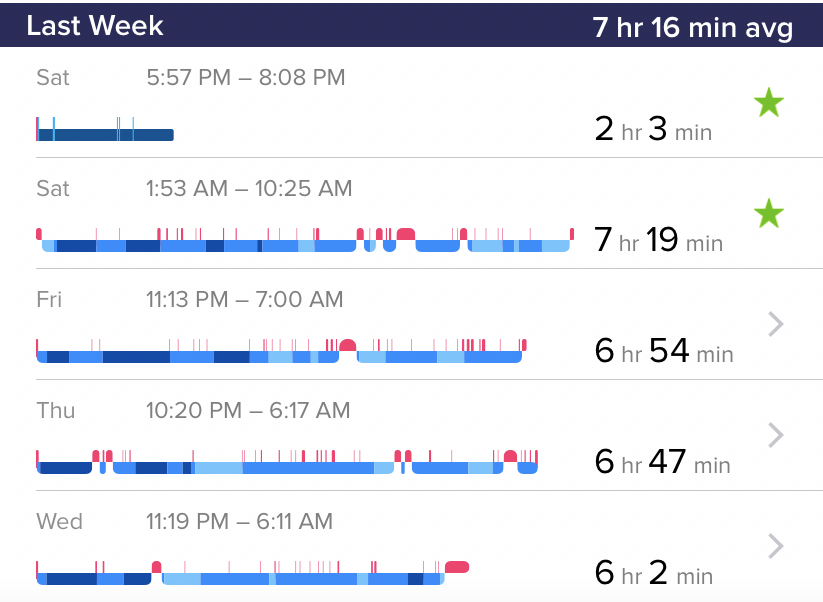 Sleep tracking is one major feature the Apple Watch lacks compared to rival wearables like those made by Fitbit, which was recently acquired by Google. If you want to monitor your sleep through the Apple Watch, there are plenty of third-party apps you can use, but some of them cost money or charge for premium features.

Fitbit devices, comparatively, can natively track your sleep and provide insights about how much time you spent in deep, REM, and light sleep.

It’s possible that we’ll see this feature on the next-generation Apple Watch. Bloomberg’s Mark Gurman, perhaps the most reliable source when it comes to unreleased Apple products, has reported that the company is working on the feature for a 2020 Apple Watch. If you’re going to be wearing the Apple Watch overnight to track your sleep, it’s going to need longer battery life.

I’ve been an avid Apple Watch user for years, and both the Series 3 and the Series 5 – the two models that Apple currently sells – are easily able to get through an entire day and then some. But getting through a second day will be difficult, if not impossible.

Should the next Apple Watch support sleep tracking, Apple will have to find a way to extend the watch’s battery life. Fitbit devices, by comparison, can last for multiple days on a single charge.

More uses for the always-on display 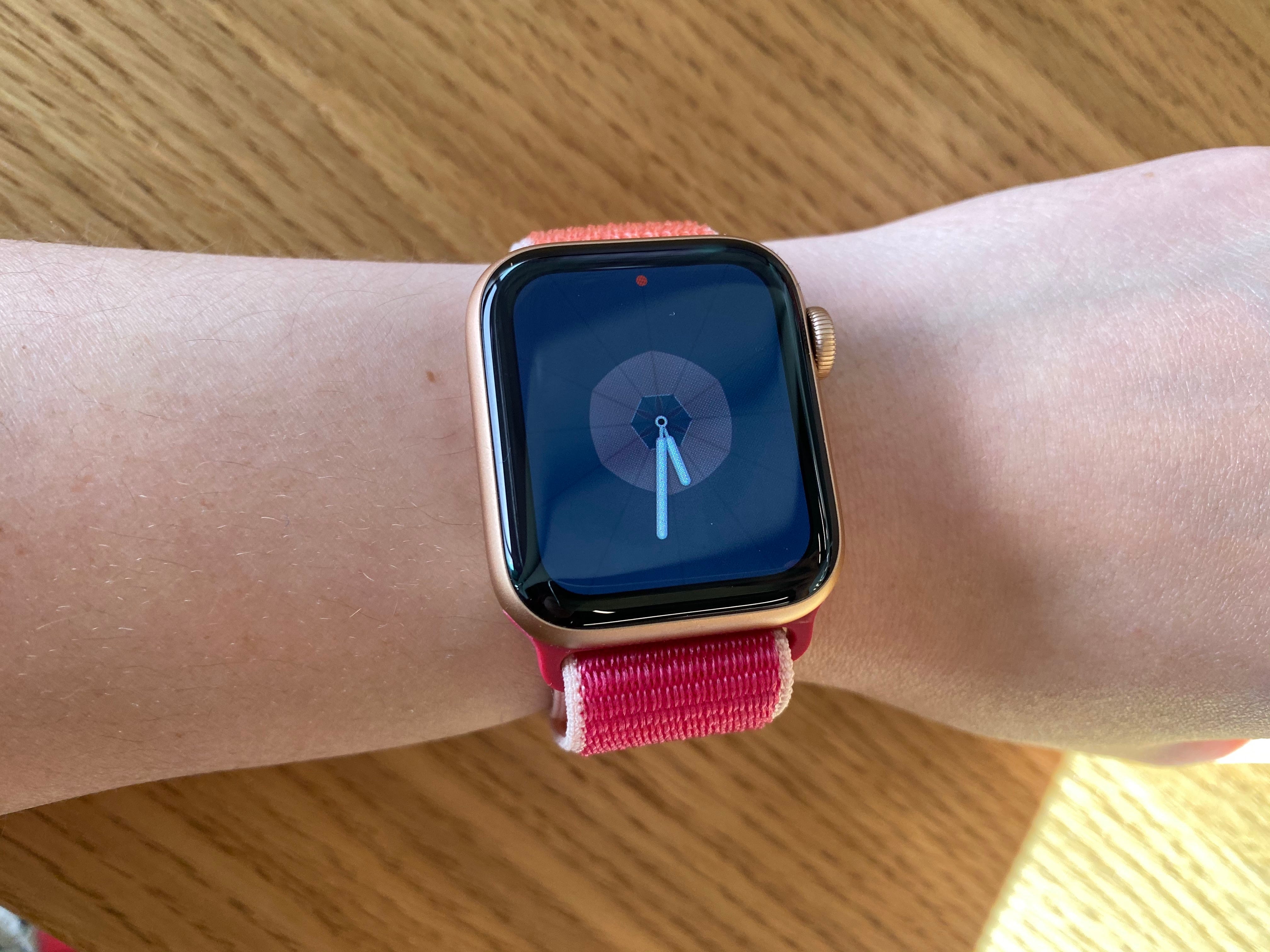 With the Apple Watch Series 5, Apple finally brought a long-anticipated feature to its smartwatch: an always-on display. This means the Apple Watch Series 5’s screen can still display watch faces and other information even when the screen isn’t active, ensuring that your watch won’t just turn into a black square on your wrist when not in use.

But the Series 5’s always-on functionality is fairly limited. The current iteration of Apple’s always-on feature only lets you see your current watch face, complications, and the workout app. While apps will stay open on your wrist, they’re blurred out of focus and the time is displayed over them – likely a move to preserve privacy.

But I wish there was an option to select certain apps that could remain visible in always-on display mode, like the timer, for instance. You can view timers as a complication on the watch face in always-on mode, but that can sometimes make it more difficult to see the remaining time than viewing the timer in full-screen mode.

The watch’s refresh rate slows down to 1Hz when in always-on mode to preserve battery, which is why timers don’t refresh by the second in this state. But even having a full-screen timer that could refresh by the minute could be useful when setting timers for longer intervals, like 15 or 20-minute cooking timers, for example. 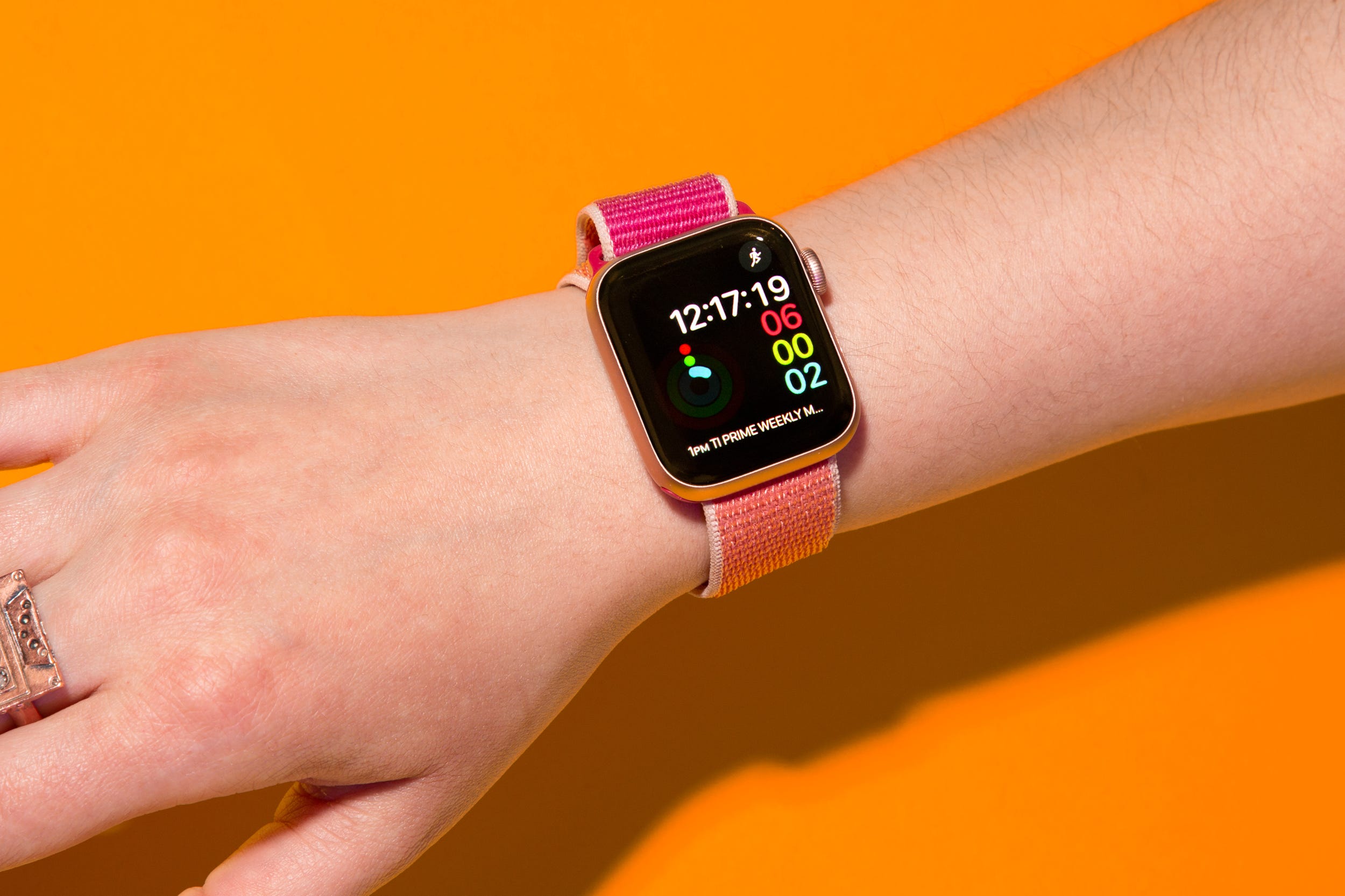 While you can pin complications from third-party apps onto your Apple Watch face, Apple still doesn’t allow third-party developers and designers to create backgrounds for its smartwatch.

Apple does offer a wide variety of watch faces, some of which even feature Mickey Mouse and “Toy Story” characters. And you could argue that Apple’s watch faces are more polished than the third-party ones available through Fitbit’s clock face store.

But given Apple’s relationship with app developers and its reputation for celebrating well-designed apps, it feels like a missed opportunity that it’s not encouraging – or even allowing – its developer community to create watch faces. 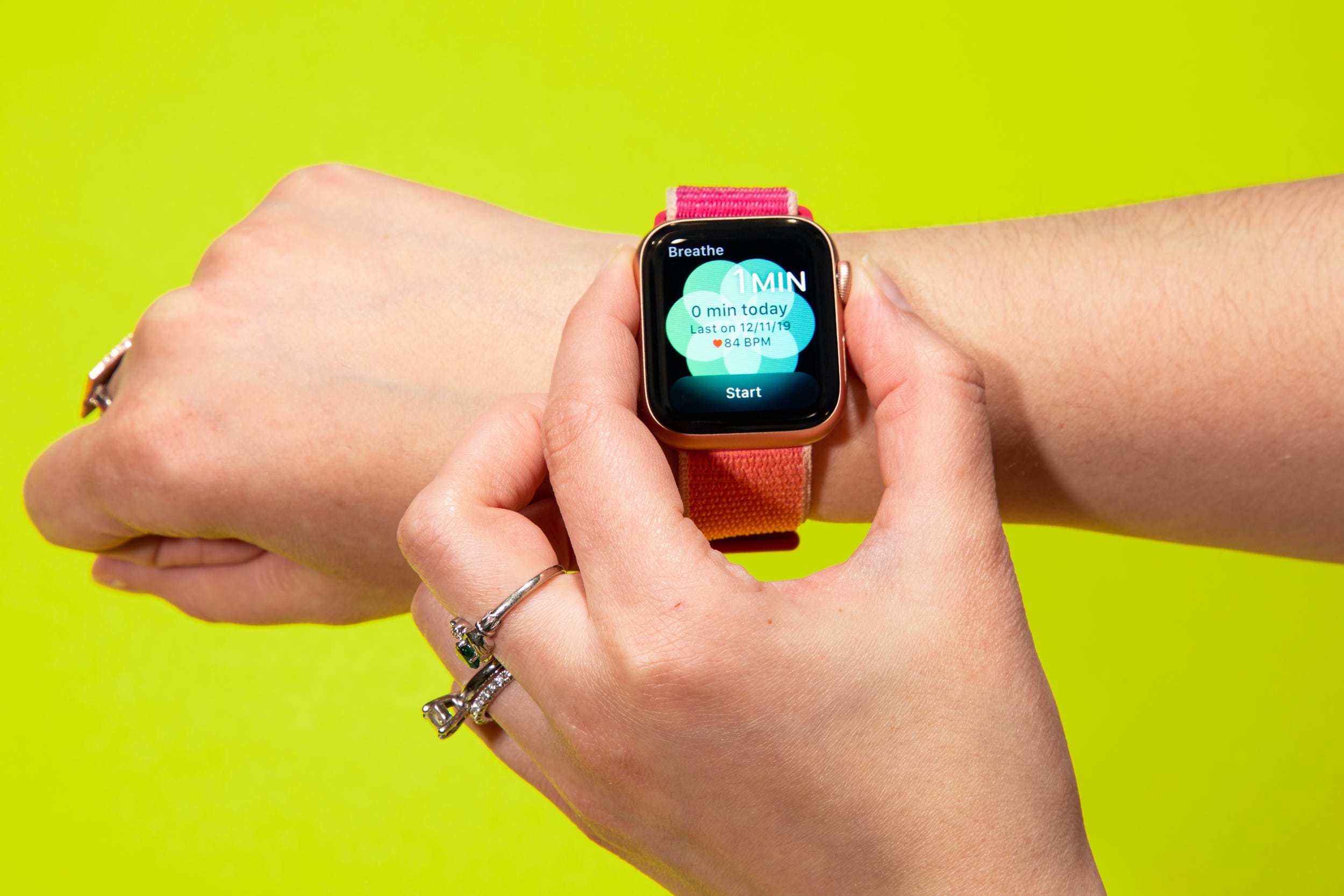 Apple has gotten better about making use of the data that the Apple Watch collects by monitoring health trends over time.

For example, with watchOS 6, Apple added the ability to compare your last 90 days of activity against the last 365 days across a variety of metrics, like your move goal, exercise goal, and stand minutes. You can also change goals for certain metrics like move.

But given Apple’s focus on health, it would be great to see more built-in features tailored toward specific goals, like weight loss, boosting energy, reducing stress, or lowering the amount of time it takes to run a mile. 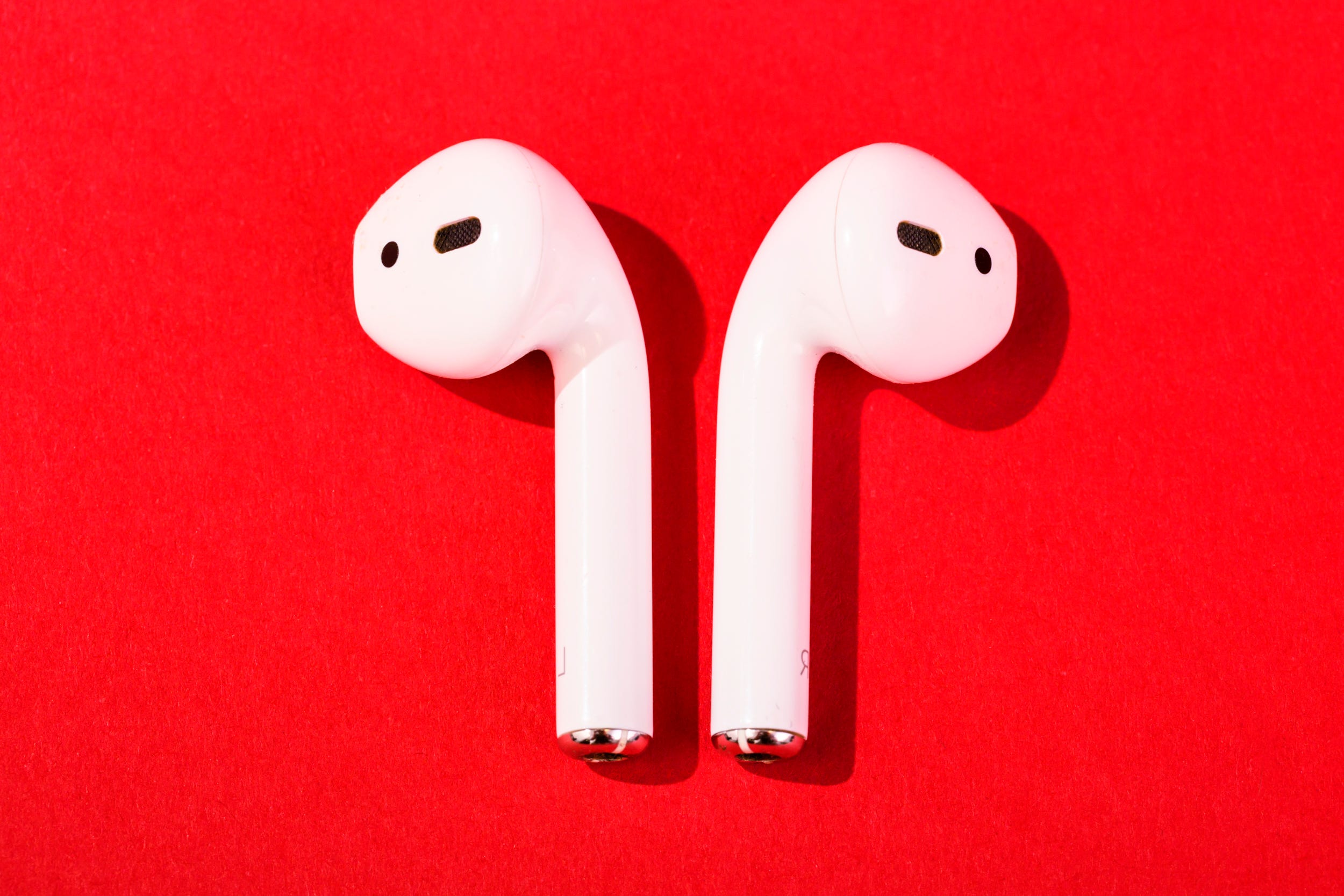 One of my favourite Apple Watch features is the ability to locate your iPhone by swiping up from the bottom of the watch’s screen and pressing the “find iPhone” button. This prompts your phone to emit a sound so that you can easily pinpoint its location.

I’d love to see a similar feature for helping you find your AirPods. You can currently use your iPhone to play a sound from your AirPods, but being able to do so from the watch would be especially convenient.

What we’re expecting to see 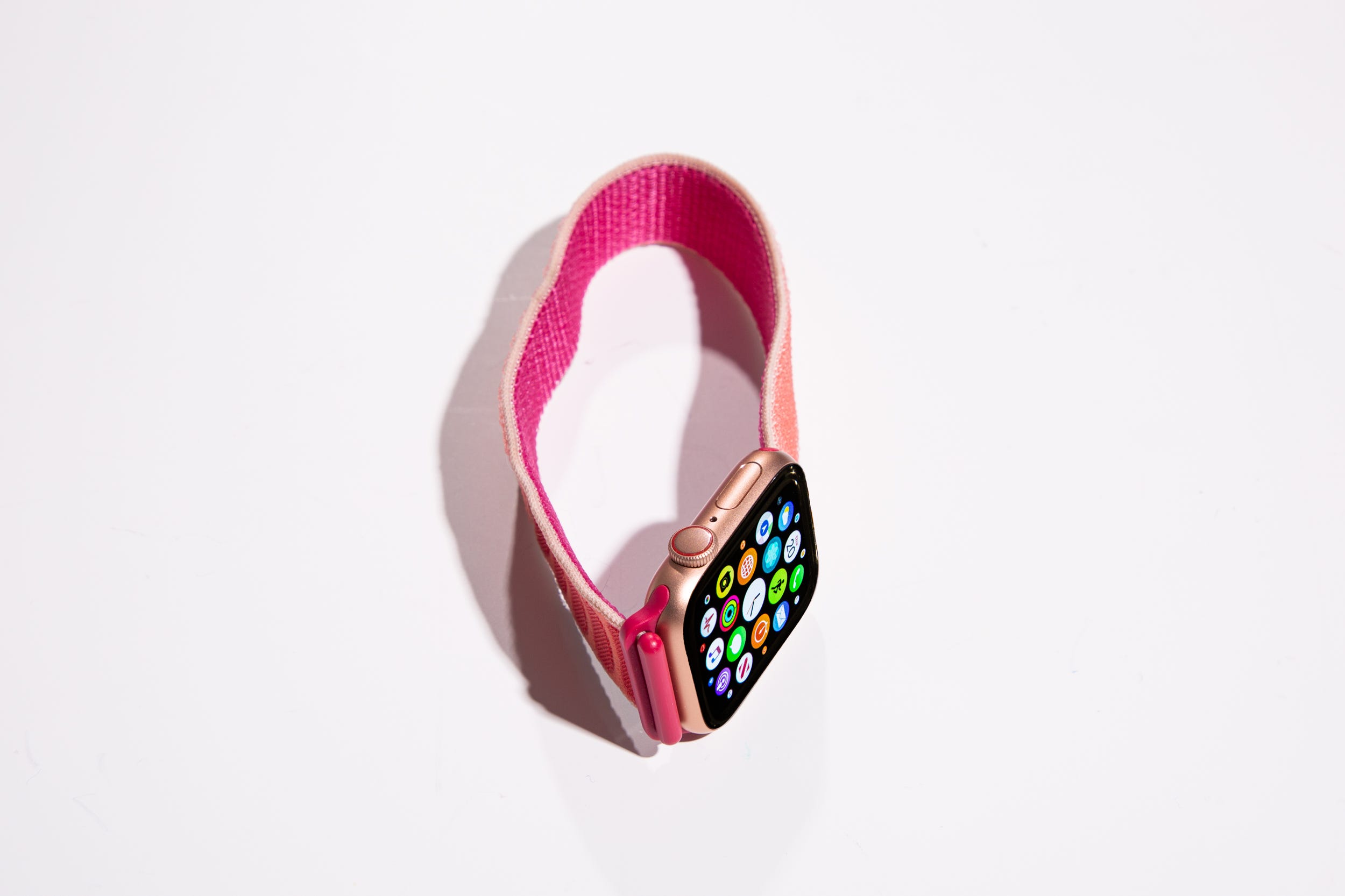 Some of these features are expected to come to the Apple Watch later this year either through software updates or a new model.

The next-generation watch, expected to be called the Series 6, will reportedly come with sleep tracking capabilities, according to Bloomberg. Guided workout programs may also be coming to the watch through a software update, as 9to5Mac reported.

Otherwise, reports from analyst Ming-Chi Kuo suggest the next Apple Watch will come with better water resistance and faster performance.