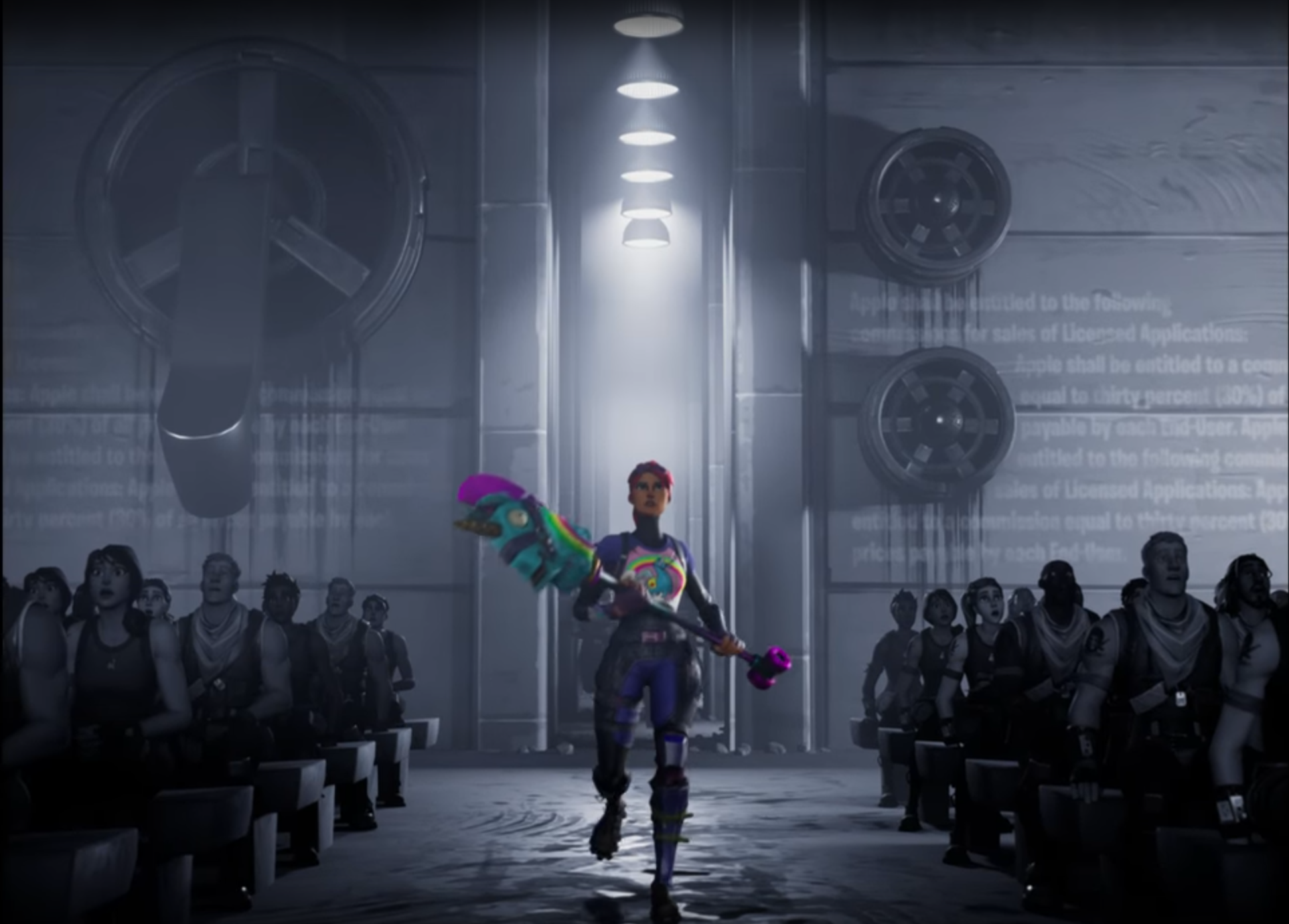 Tim Sweeney just led Apple right into an, ahem, epic trap – one that just might cause the iPhone maker some serious harm.

Epic Games, Sweeney’s company and the maker of the popular game “Fortnite,” is accusing Apple of anticompetitive conduct. And on Thursday, Epic showed the world how. By deliberately breaking one of Apple’s App Store rules, Epic provoked Apple into flexing its unchecked power, providing Exhibit A in a lawsuit that Epic had ready to go.

Now, the other Tim – Apple CEO Tim Cook – has got to be shaking his head in wonder at how easily his company fell into Epic’s snare.

The dispute between the two companies centres on Apple’s control over the distribution of apps on iPhones and iPads. Apple device owners can download apps only from the company’s store, the App Store. If developers charge for their apps, Apple takes a 30% cut. The company also gets a 30% cut of sales of most digital goods – subscriptions, digital movies or books, virtual clothing for video game characters – that developers sell through their apps.

Apple preloads the App Store on all iPhones and iPads and forbids any alternative methods of downloading apps. It also requires developers that offer in-app goods to use its payment mechanism and forbids them not only from using alternatives but, essentially, from even mentioning in their apps that users could buy the same products elsewhere for less money.

Developers are unhappy but feel they don’t have a choice

Developers have been grousing about such rules for years. Apple’s 30% tax is exorbitantly high, they argue. And developers that already have payment-processing services they use on their websites or in other venues feel as if they shouldn’t have to pay for Apple’s.

But many developers feel they have no choice. More people use Android devices than Apple iOS devices, but there are still some 1.5 billion Apple gadgets in use around the world – a huge market that developers would forfeit if they abandoned the App Store. And users of Apple devices collectively spend nearly twice as much on apps as do owners of Android gadgets.

Apple has long argued that it bars other app stores and payment services as a security measure and that it applies such rules even-handedly across all developers. Unlike the tech giants that dominate their primary markets – Google in search, Facebook in social networking, and Amazon in e-commerce – Apple has largely flown under the radar because it doesn’t dominate its primary market, smartphones.

But the company’s iron-clad grip over the App Store has started to garner increasing attention. Last year, Spotify filed a complaint against Apple with the European Commission charging the iPhone maker with anticompetitive behaviour related in part to the commissions it charges on purchases made through the App Store. Last month, members of Congress zeroed in on such conduct in a hearing focused on Apple and the other tech giants. Additionally, the US Department of Justice and a collection of state attorneys general are said to be preparing to launch an investigation the company.

Epic could prove dangerous for Apple

But Epic could prove to be the most dangerous antagonist to date for Apple. Epic is a powerful company in and of itself, and one of the few that could thrive without Apple. And it showed in a series of moves Thursday just how cunning it could be.

Earlier Thursday, Epic lured Apple into a trap by deliberately violating Apple’s App Store rules. Epic gave iPhone users a way to purchase V-bucks, the virtual currency in “Fortnite,” directly from Epic rather than through the App Store. The move directly violated Apple’s rules against offering alternative methods for users to pay for in-app purchases.

Hours after Epic included the option, Apple removed “Fortnite” from the App Store, arguing that Epic was violating its rules and seeking special treatment. That move in and of itself could hurt Apple by infuriating the millions of “Fortnite” players who will no longer be able to download or update it on their Apple devices. There’s a good chance they will turn their ire on Apple, rather than Epic, when they find out why they can no longer get the game.

But the bigger problem for Apple is what came next. Epic was obviously expecting Apple’s decision to eject “Fortnite,” because shortly thereafter, the company sprung the final part of its snare. It filed a lawsuit accusing Apple of trying to illegally block competition in the markets for app distribution and in-app purchases on iPhones and iPads – and cited Apple’s response to its discounted V-buck offer as a primary case in point.

“Rather than tolerate this healthy competition and compete on the merits of its offering, Apple responded by removing Fortnite from sale on the App Store,” Epic said in its legal complaint. “Apple’s removal of Fortnite,” it continued, “is yet another example of Apple flexing its enormous power in order to impose unreasonable restraints and unlawfully maintain its 100% monopoly over the iOS In-App Payment Processing Market.”

Epic’s lawsuit also anticipated Apple’s argument that the company was seeking special treatment. Though the lawsuit says numerous times that the company has been harmed financially by Apple’s rules, Epic chose not to seek compensation from Apple for itself. Nor is it seeking that Apple be barred from enforcing rules just against it.

Instead Epic is asking the US District Court for Northern California to declare Apple’s rules “unlawful and unenforceable” in general and to issue an injunction barring what the company argues is anticompetitive conduct. In other words, Epic is painting itself as the champion of all app makers.

It all but literally framed itself that way in a video parodying Apple’s famous “1984” ad. In Epic’s recasting of the dystopian TV commercial, Apple is no longer the upstart but has instead taken over IBM’s role of Big Brother.

But Epic’s lawsuit isn’t just a public-relations move. The complaint lays out a well-reasoned, damning argument about Apple’s power, about how little ability developers or consumers have to challenge that power, and what Apple’s essentially unchallengeable rules are costing developers and consumers alike.

“By imposing its 30% tax, Apple necessarily forces developers to suffer lower profits, reduce the quantity or quality of their apps, raise prices to consumers, or some combination of the three,” Epic said in its suit.

It smartly buttresses that argument by contrasting the cost of payment processing through other vendors – as little as 2.6% in some cases – with Apple’s rate. And it reinforces its case with documents that were recently released by the House of Representatives in connection with that body’s investigation into the tech giant’s conduct, such as an email from Steve Jobs that frankly acknowledged that its 30% commission would be “prohibitive for many things.”

The suit has got to be worrisome for Apple not just because of the case Epic makes but because of the risks. Much of Apple’s growth in recent years – along with its surging stock price – has been sparked by its services business. Though its services business includes a lot of disparate offerings, a big portion of its revenue comes from the App Store. Were Apple’s App Store business upturned, the company might not have such a great story to sell Wall Street.

But Apple – just as Sweeney seemed to expect – fell right into Epic’s trap. It now has to find its own way out.

Got a tip about Apple? Contact Troy Wolverton via email at [email protected], message him on Twitter @troywolv, or send him a secure message through Signal at 415.515.5594. You can also contact Business Insider securely via SecureDrop.