Apple has rolled out updates for its new AirTag sensors, upping the level of privacy and security, the company told Insider.

The tracking devices will now beep “a random time between 8 and 24 hours when separated from their owners,” a spokesperson said. The previous time was three days. Apple also plans to release an Android app to let people enable AirTags or any other “Find My” network-enabled accessory that is not with its owner.

“The recent introduction of AirTag included industry-first proactive features that discourage unwanted tracking,” Apple said. “Following up on our commitment to continue to improve AirTag’s privacy and security, starting today we will be updating the time period after which an AirTag that is separated from its owner will play a sound when moved.”

AirTags are designed to attach to belongings you’re most likely to misplace such as your keys, wallet, purse, or luggage, allowing you to track them if they get lost.

After the release of AirTags in April, The Washington Post conducted an experiment testing out the likelihood that someone could use AirTags to stalk someone without their knowledge. They found that AirTags make it extremely easy for someone to digitally stalk you saying, “if someone else slips an AirTag into your bag or car without your knowledge, it could also be used to covertly track everywhere you go.” 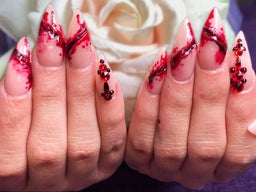