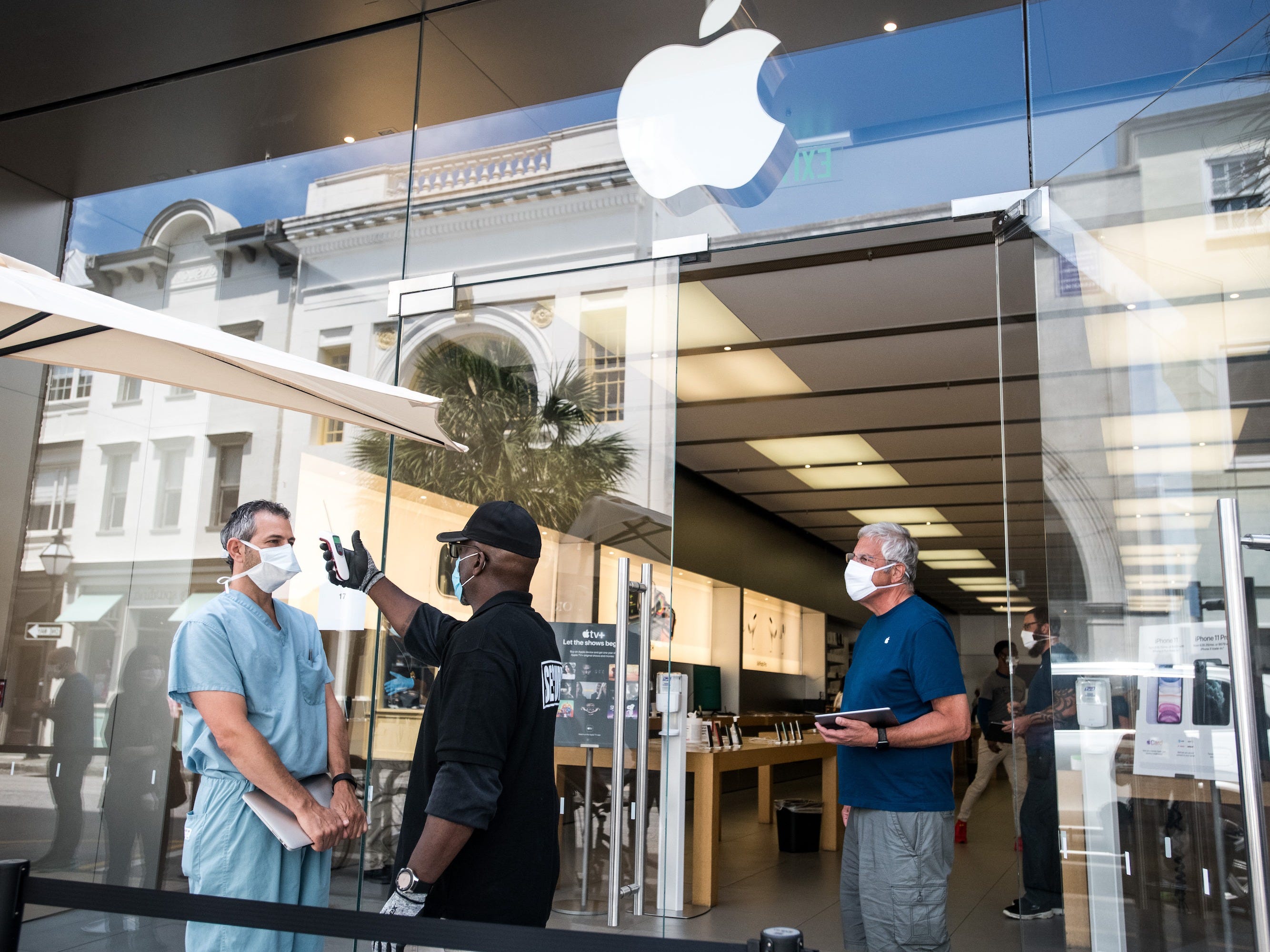 Sean Rayford/Getty ImagesA security guard takes the temperature of a customer outside the Apple Store on May 13, 2020 in Charleston, South Carolina.

Apple is slowly beginning to reopen its retail stores in the US.

The company plans to reopen 25 stores in seven U.S. states this week, the company told Mac 9 to 5. “All open locations will offer Apple Pickup, where customers can buy online and select a time to pick up their product at the store, and Genius Bar appointments by reservation,” Apple said in a statement, adding that some stores will only offer curbside service.

The states where stores will reopen (per Mac 9 to 5) are: California, Washington, Florida, Colorado, Hawaii, and Oklahoma. Business Insider has contacted Apple to ask which is the seventh state. The phone giant already reopened a handful of stores in Idaho, South Carolina, Alabama, and Alaska last week.

In a blog post published on Sunday Apple’s senior vice president of retail and people laid out Apple’s strategy for re-opening its physical stores.

Apple staff will have to wear masks, and anyone coming into stores will have their temperature taken and be given a facemask if they don’t have one. Apple will also limit the amount of people it will allow in its stores at any one time.

“Our commitment is to only move forward with a reopening once we’re confident we can safely return to serving customers from our stores. We look at every available piece of data – including local cases, near and long‑term trends, and guidance from national and local health officials,” O’Brien writes.

Apple is also reopening 12 locations in Canada and 10 in Italy this week. Apple reopened all 42 of its stores in mainland China on March 13 having closed some in February in response to the coronavirus outbreak.