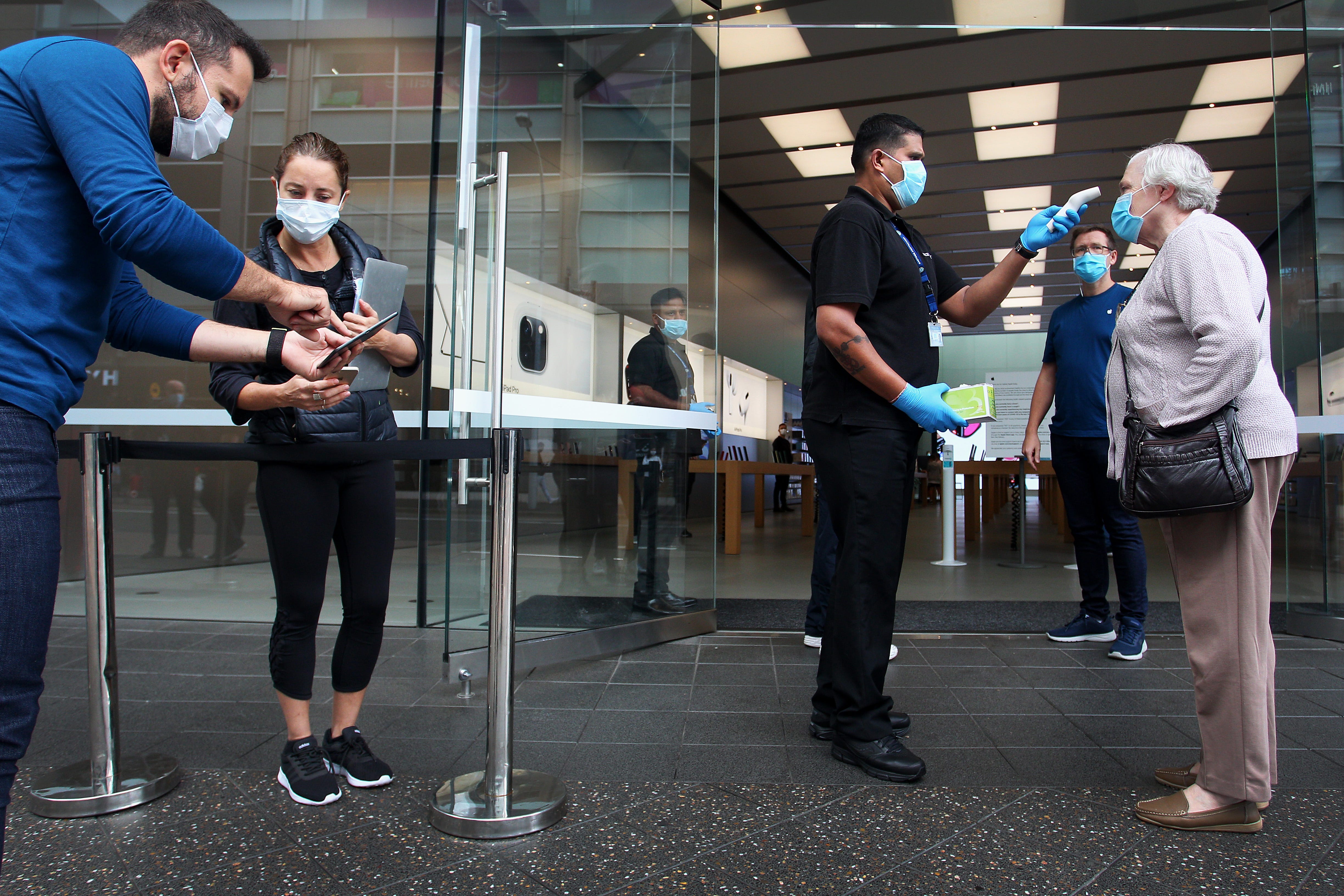 Apple will start gradually reopening US stores beginning next week, the company said in a statement Friday.

Most Apple stores outside of China closed in mid-March as COVID-19 spread around the globe. Since then, Apple has started reopening stores in Austria, South Korea, and Australia. Some stores in Germany will reopen beginning May 11.

An Apple spokesperson told Business Insider that the company’s primary focus in reopening will be “providing service and support at the Genius Bar.” It will implement temperature checks at reopened stores, limit the number of people in a store at once, and require face coverings, the spokesperson said.

“As local guidance varies around the US there may be slight modifications to our procedures. As always, our thoughts are with everyone affected by COVID-19 and those working around the clock to treat, study and contain its spread,” the spokesperson said.

Apple will also start allowing for in-store pickup as stores reopen, and continues to offer contactless delivery for online orders.

Apple Stores that have started to reopen in other countries provide a preview of what shopping at reopened stores in the US might be like. As Business Insider’s Lisa Eadicicco reported Friday, Apple has overhauled the shopping experience at reopened stores, and other businesses are closely watching the retailer to devise their own plans for reopening.