The tech titan is ramping up manufacturing for its next generation iPhone, asking suppliers to make enough components for at least 75 million units, and as many as 80 million units, according to Bloomberg.

In 2018 and 2019, Apple also requested its supply chain ready components for 75 million to 80 million units, Bloomberg said, so this year’s figure makes it clear that even a global pandemic can’t put a dent in consumers demand for an iPhone refresh.

Wedbush analyst Daniel Ives said last week that Apple is set to benefit from an upgrade supercycle as more than 350 million of its iPhone user base becomes eligible for an upgrade over the next 12 months.

Apple is expected to launch its first slate of 5G iPhone models this fall, in a form factor that will represent the biggest design change since 2014’s iPhone 6. Apple is expected to ditch the rounded edges for squared edges akin to the iPad Pro, according to Bloomberg.

Besides 5G connectivity and a different design, the reported 4 new iPhone models will feature a wider selection of sizes, including a 6.7 inch screen, Bloomberg said.

Aside from the new iPhone, Apple is also preparing to launch an updated iPad air that features an edge-to-edge display, two new Apple Watch models, over the ear headphones (not part of its Beats brand), and a smaller HomePod speaker, according to the report.

The iPhone launch will be delayed a “few weeks” relative to last year’s late September launch, Apple said on its most recent earnings call.


Read more:
US Investing Championship hopeful Matthew Caruso landed a 382% return in the first half of 2020. He shares the unique twist he’s putting on a classic trading strategy – and 3 stocks he’s holding right now. 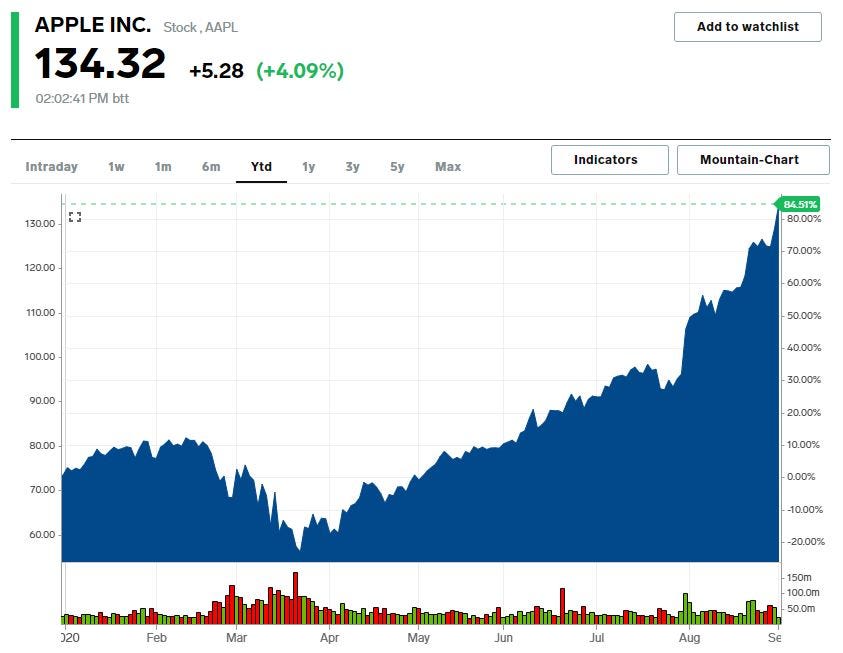