Apple still not as expensive as rivals even with $2 trillion market cap, Morgan Stanley says 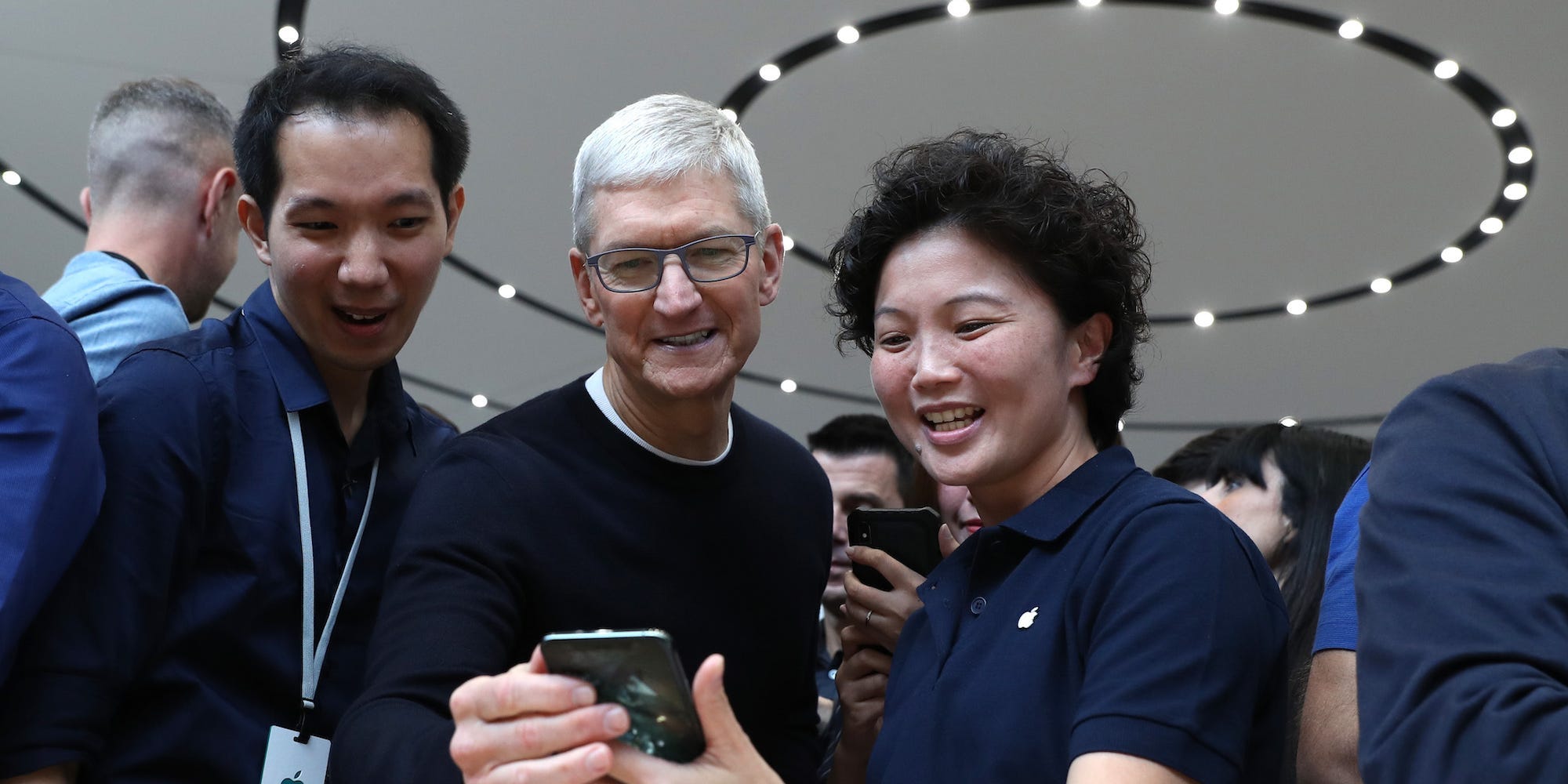 Apple’s$US2 trillion market cap has a growing number of experts questioning whether shares jumped too far, too fast.

Morgan Stanley isn’t worried, and instead sees the company rallying as much as 37% over the next year on continued services growth and a major iPhone update.

The tech titan’s recent quarterly report showed strong revenue, cash flow, and profit growth despite a 1% year-over-year decline in iPhone sales. Apple should be valued more like a consumer platform or tech stock than a cyclical hardware company as it further diversifies its income sources, the team led by Katy Huberty said.

Yet the company still trades at a discount on a cash flow basis to peers in both sectors, “which indicates the stock is not as expensive vs. peers and implies the stock has further room to run,” they added.


Read more:
RBC says buy these 48 stocks spanning every industry that are poised to crush the market if Donald Trump wins reelection

Just how much room Apple can run depends a great deal on its non-iPhone revenue streams. Morgan Stanley raised its base-case price target for the stock to $US520 from $US431 on Sunday, implying shares can creep another 5% from Friday’s closing level as investors assess the sum of Apple’s hardware and software units.

Even in the base case, Apple is set to outperform the S&P 500 in the near term, according to the bank. Shares are already up 72% year-to-date. The company’s upcoming four-for-one stock split and upcoming 5G iPhone launch present opportunities for continued outperformance, the team said.

Yet Morgan Stanley sees even stronger upside ahead should Apple ride a perfect wave of iPhone upgrades and services growth. The team’s bull case has shares leaping as high as $US681 over the next year, so long as iPhone upgrades accelerate and services growth jumps to 21%. Such stock gains would mark a roughly 37% climb from Friday’s close, enough to push Apple to a $US2.9 trillion market cap over the next year.

“Given greater confidence in the sustainability of long term growth,” investors could value Apple at enough of a premium to constitute such a run-up, the analysts said. 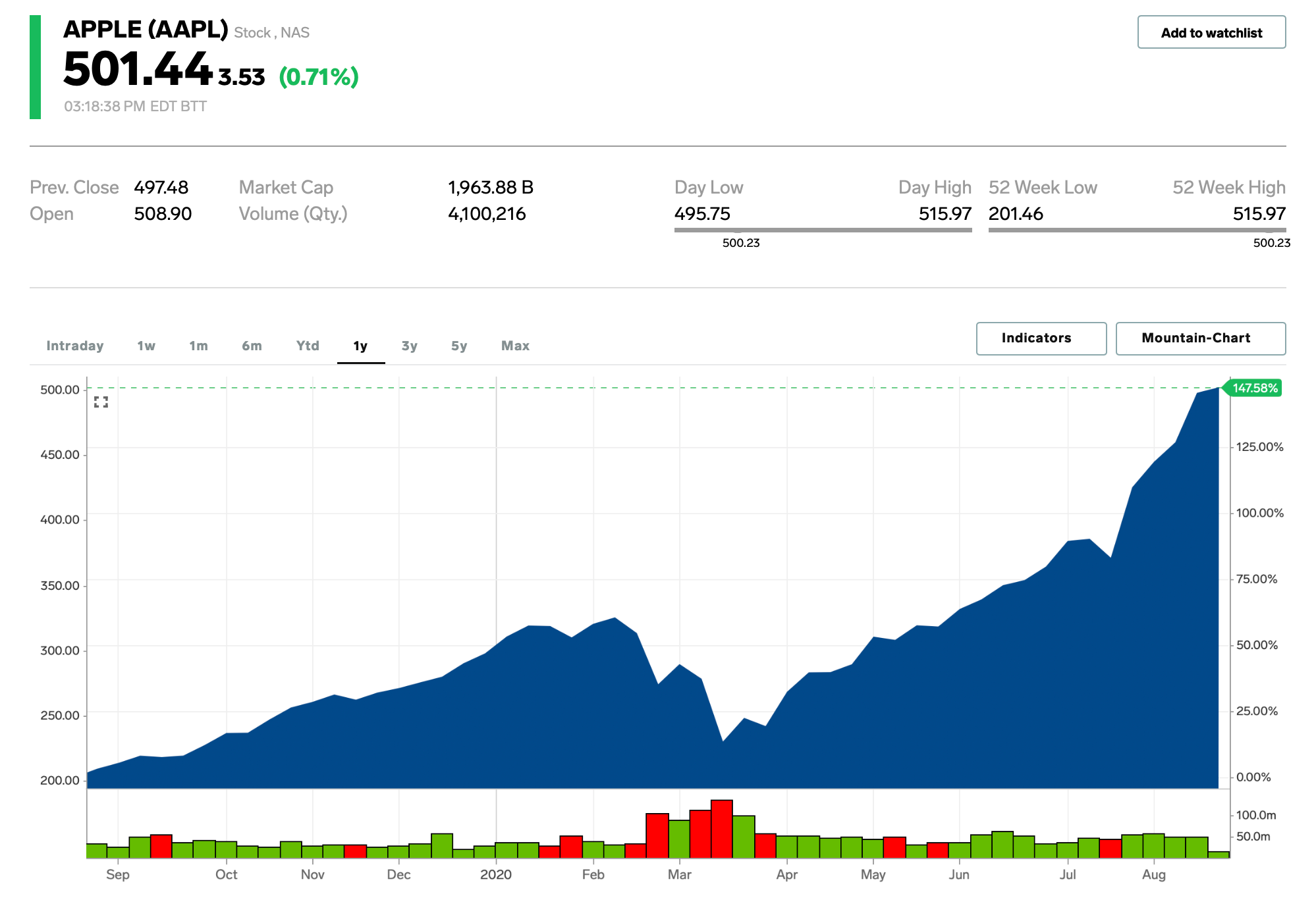