'Tough pill to swallow for the bulls': Here's what 4 Wall Street analysts are saying about Apple's coronavirus-stricken sales forecast 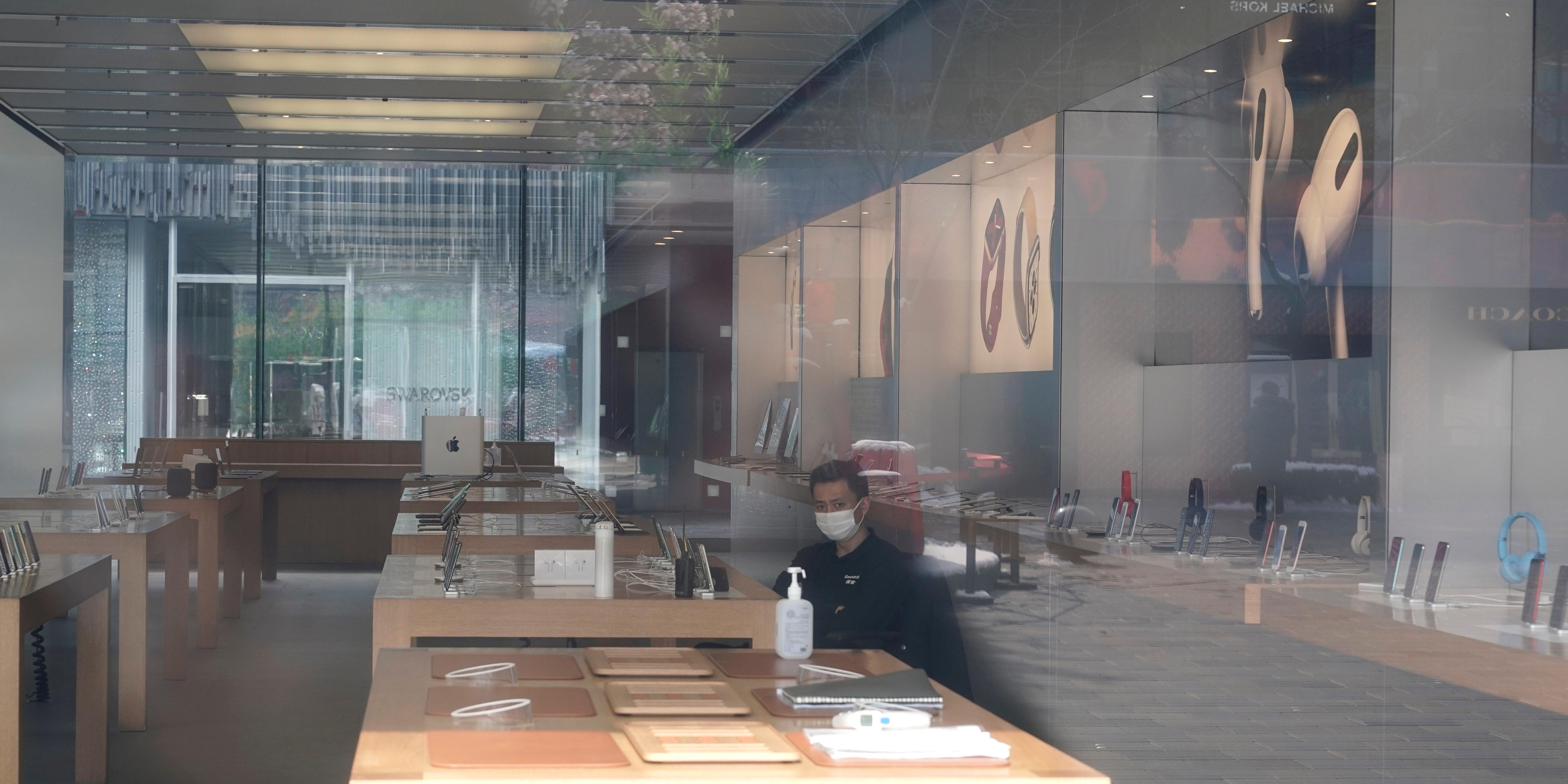 ReutersFILE PHOTO: Security personnel wearing a face mask is seen in a closed Apple store at Sanlitun in Beijing

Analysts are still optimistic toward Apple shares despite the tech giant warning its quarterly revenue will fall below initial forecasts.

The iPhone maker announced Monday its fiscal second-quarter revenue will miss guidance on coronavirus concerns. The outbreak has “temporarily constrained” iPhone supply around the world and weakened demand in China, according to the Monday release. Apple’s estimate was already “wider-than-usual” by its own account, but Monday’s update marks a major escalation of its exposure to coronavirus fallout.

The company’s stock sank as much as 3.2% in Tuesday’s trading session, though it is still up 9.4% year-to-date. While the revenue adjustment lowered hopes for Apple’s second-quarter report, most analysts expect revenue to rebound in the second half of 2020 and for shares to continue their bull run through the year.

Here’s what four analysts had to say about Apple’s update, coronavirus concerns, and how investors should view the stock.

JPMorgan: ‘Look past these temporary headwinds’ 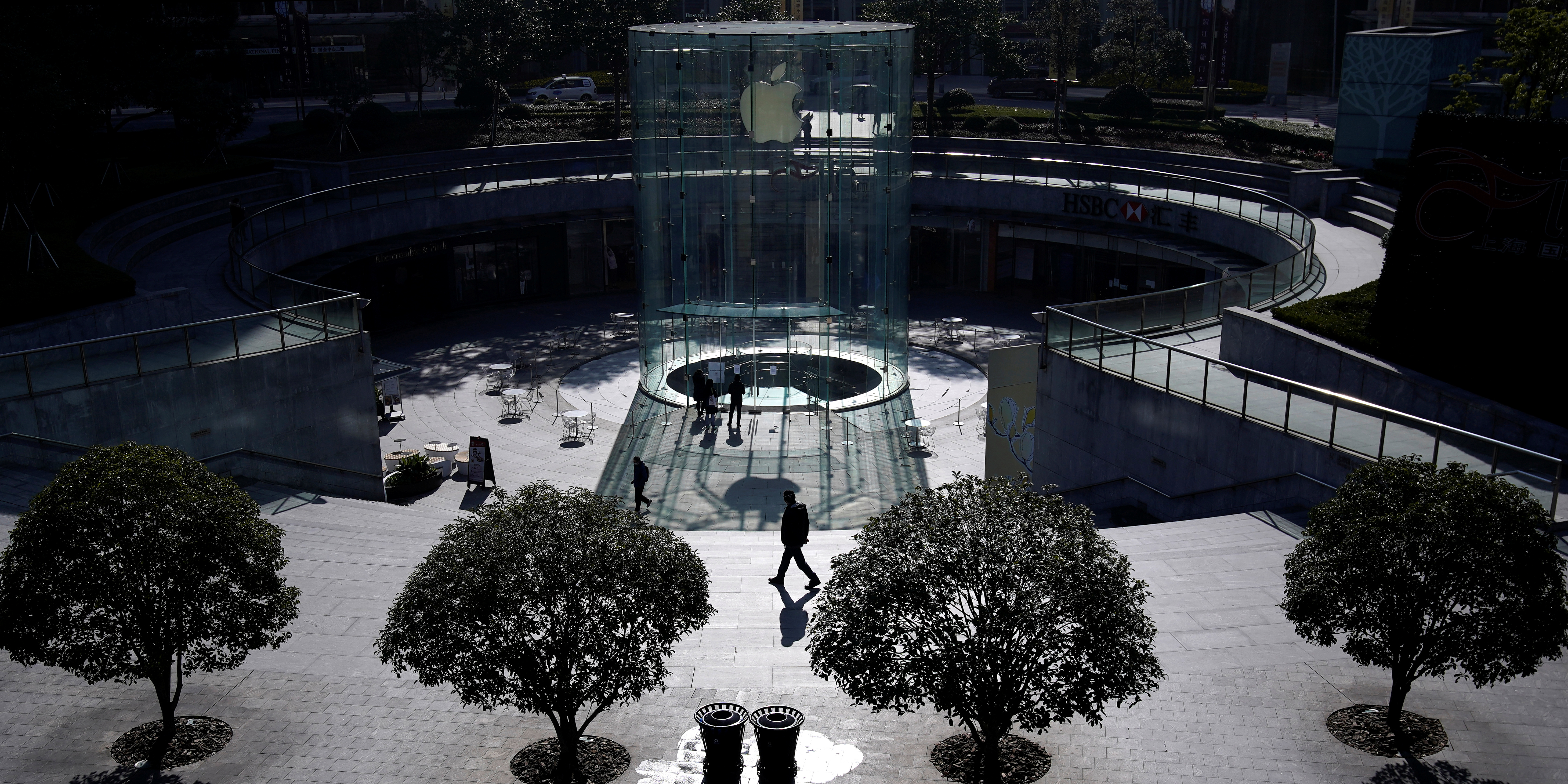 ReutersA closed Apple store is seen as the country is hit by an outbreak of the novel coronavirus, in Shanghai

The virus’ drag on Chinese demand and global supply will drive “much lower” second-quarter volumes and even spill into the third quarter of 2020, but the company’s long-term outlook hasn’t changed yet, JPMorgan analysts wrote Monday.

Apple’s biggest boost to iPhone sales will arrive in the fall with its 5G-capable lineup. Virus-related risks will likely fade by then, and steady Services revenue can offset some losses, according to the team of analysts.

Shareholders should monitor for additional updates, as the outbreak is still mired in uncertainty, the bank wrote. However, bullish investors can comfortably hold shares until signs of worsening fallout.

“We expect most long-term investors in Apple shares to look past these temporary headwinds, with both products and services continuing to demonstrate strong underlying consumer demand,” the team led by Samik Chatterjee wrote.

Wedbush: ‘More of a timing issue’ 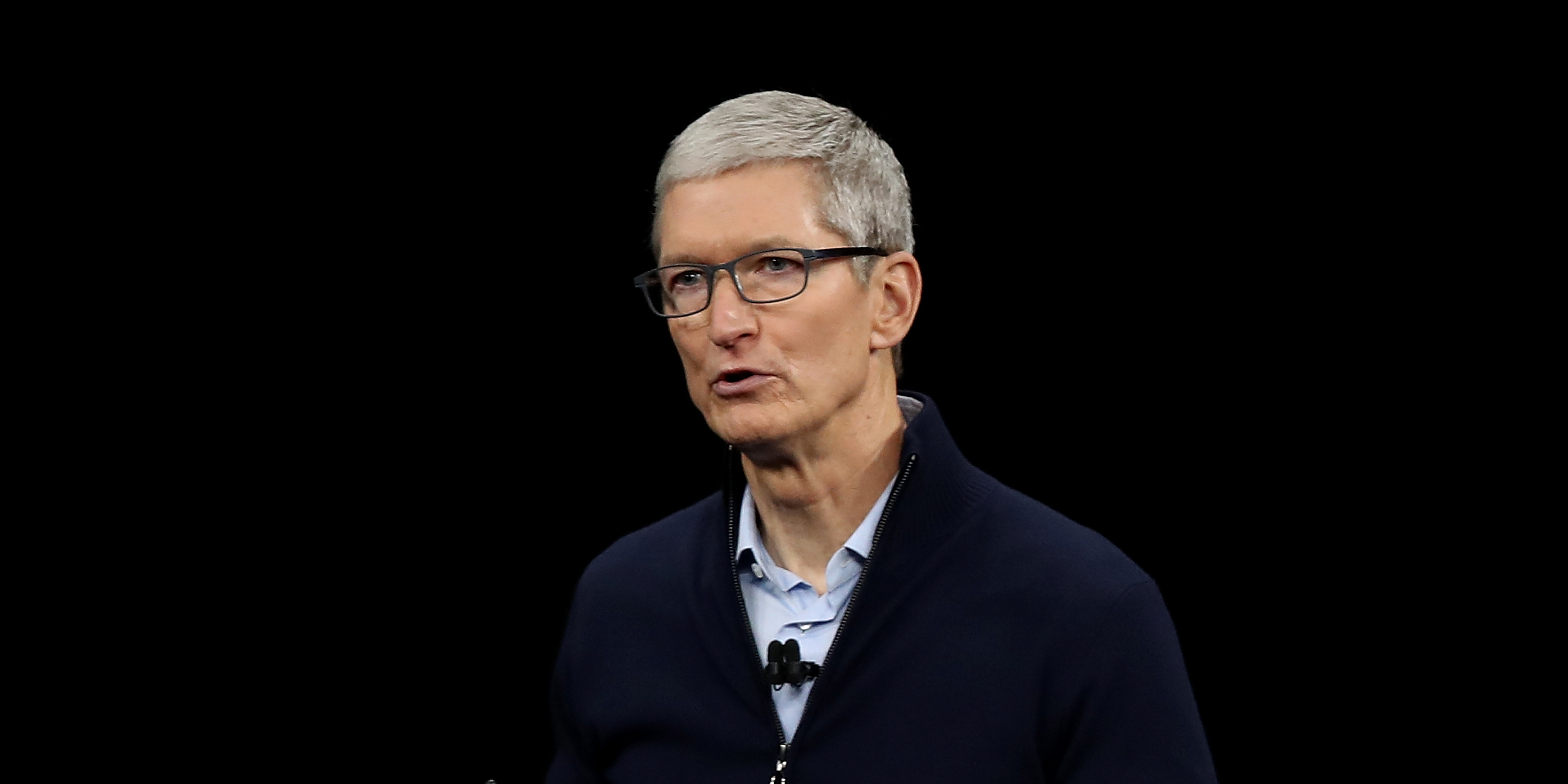 “We believe this is a more of a timing issue rather than an extended supply/demand issue for iPhones globally and does not change our longer term bullish thesis on the name,” the team wrote. “While this news is a tough pill to swallow for the bulls, Apple remains a company significantly exposed to this virus issue given the company’s massive supply and demand tentacles throughout China.”

Wedbush sees the firm potentially bouncing back in the June quarter and riding the “5G super cycle” through the end of the year.

Analysts at RBC Capital Markets compared the Monday announcement to Apple’s January 2019 statement, when the company lowered guidance on worse-than-expected demand for iPhones in China. The update saw Apple shares drop the most in six years after a temporary halt to trading, a far more negative reaction to the mild drop in Tuesday’s session.

While the 2019 update “was not a (most likely) one-off item driving the lower demand,” Monday’s statement signals revenue will simply be delayed until the third quarter, analyst Robert Muller wrote. The most important variable is the spread of coronavirus in the near future, as a prolonged pandemic could keep demand in China stifled for quarters to come.

“While we view the situation as temporary and our longer-term outlook is unchanged, the ultimate impact is still very much unknown,” the analyst said.

Even as the outbreak drags on iPhone sales, the tech giant has several other revenue streams to lean on while it waits for the coronavirus pandemic to die down, analysts at Canaccord Genuity wrote on Monday. Record revenue for its Services business is expected to “outpace total company growth,” and Mac and iPad sales are reaching all-time highs despite relatively high bars to clear, they added.

Apple’s diversified mix of product and service revenues, along with expected boosts to share buybacks, will keep the stock from falling too much as it weathers the coronavirus storm, analysts Michael Walkley and Anthony Nemoto wrote.

“We believe Apple is well positioned for strong trends across all its business lines.”


HSBC tanks the most since 2017 after announcing a $US7.2 billion overhaul charge